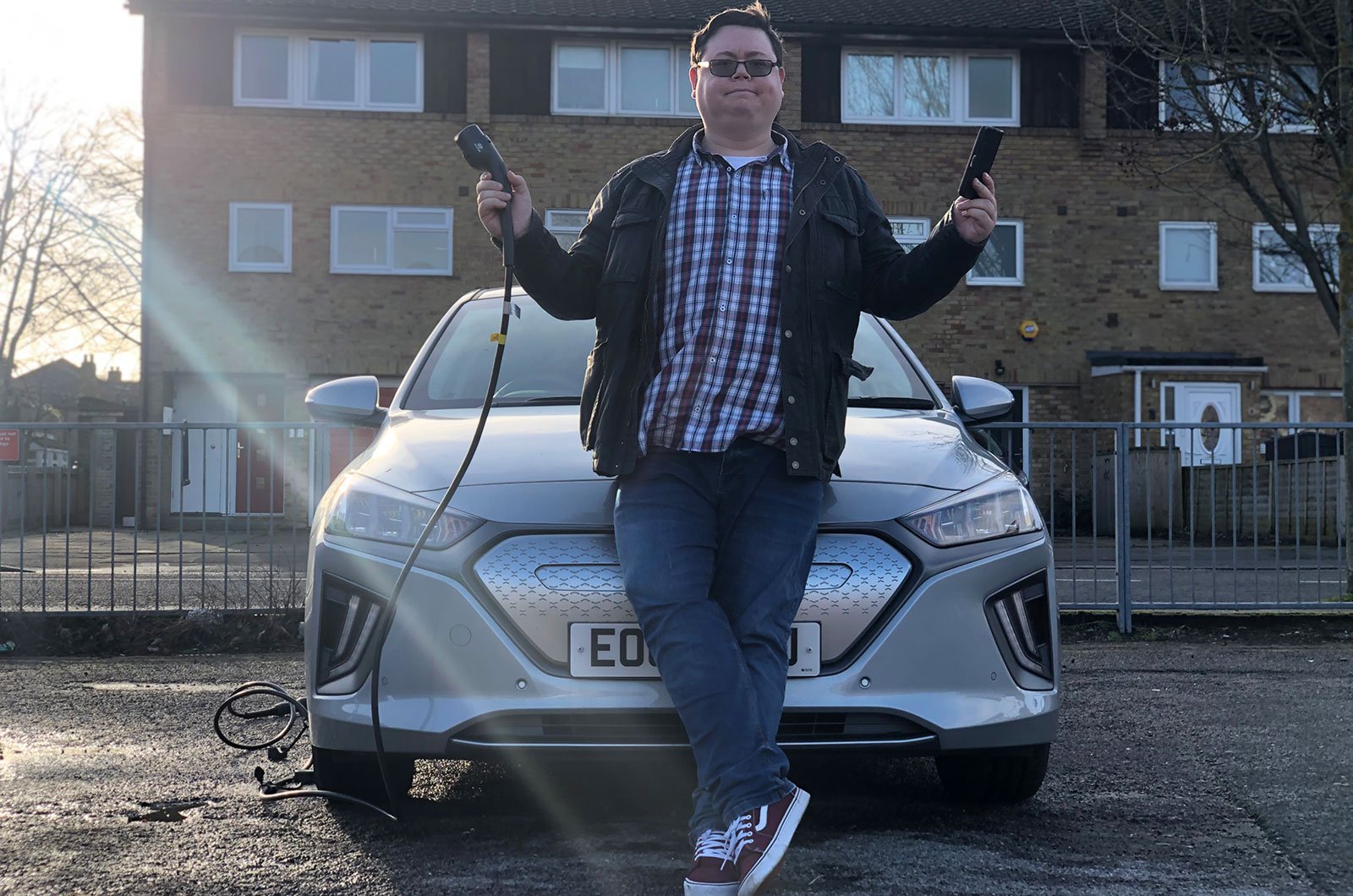 A few weekends ago, my nephew, Noah, turned three, and we celebrated by throwing the adorable little tyke a birthday party. Very nice, you might be thinking, but here was my problem – because this was a Sunday, I would have to get there and back in a single day. The round trip came to 191 miles – precisely 23 miles more than the range I had in the Ioniq's battery. And that’s not including the extra 10 or so miles I’d need for commuting into work on Monday morning. Plainly, then, I was going to have to do some public charging.

The journey down went well, but because of the cold weather my range was being sapped faster than I’d anticipated, and by the time I reached Kettering I was in dire need of some electricity. Fortunately, I’d signed up for the Polar Instant service, which provides on-the-go charging via your contactless bank card. 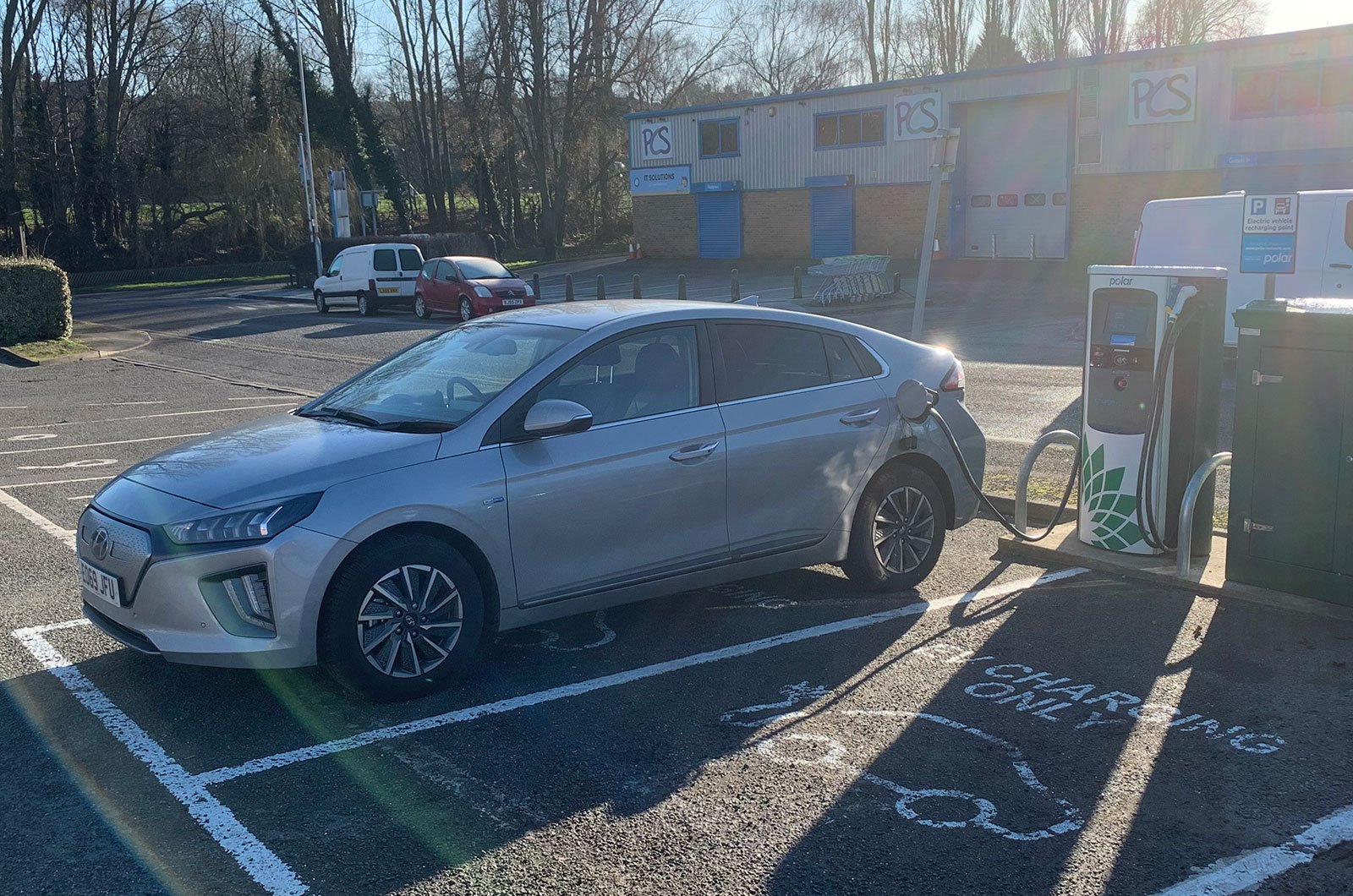 The charging point I’d aimed for was pleasantly located next to a steakhouse, a gym and a coffee shop, so I’d have access to two of my three favourite things while I charged. Fantastic – except when I arrived, I discovered that the charging point seemingly wasn’t an ‘Instant’ one at all, but rather was only for subscription-based Polar network users.

Cue a bit of last-minute searching via the Polar app, and I found a second charging point just over a mile away. This one wasn’t so well situated, swapping the steakhouse and gym for an industrial park and a nearby Asda, but hey, charging is charging. I plugged in using the integrated DC Combo Type 2 charger, meaning I could charge at 50kW – the fastest speed available. After around an hour, my battery was topped back up to a healthy 82%, and I went on to the party and later back home without any fuss. The charger supplied my Ioniq’s battery with 30.8kWh of energy during the time it was connected, and cost me £9.24 for the charge. 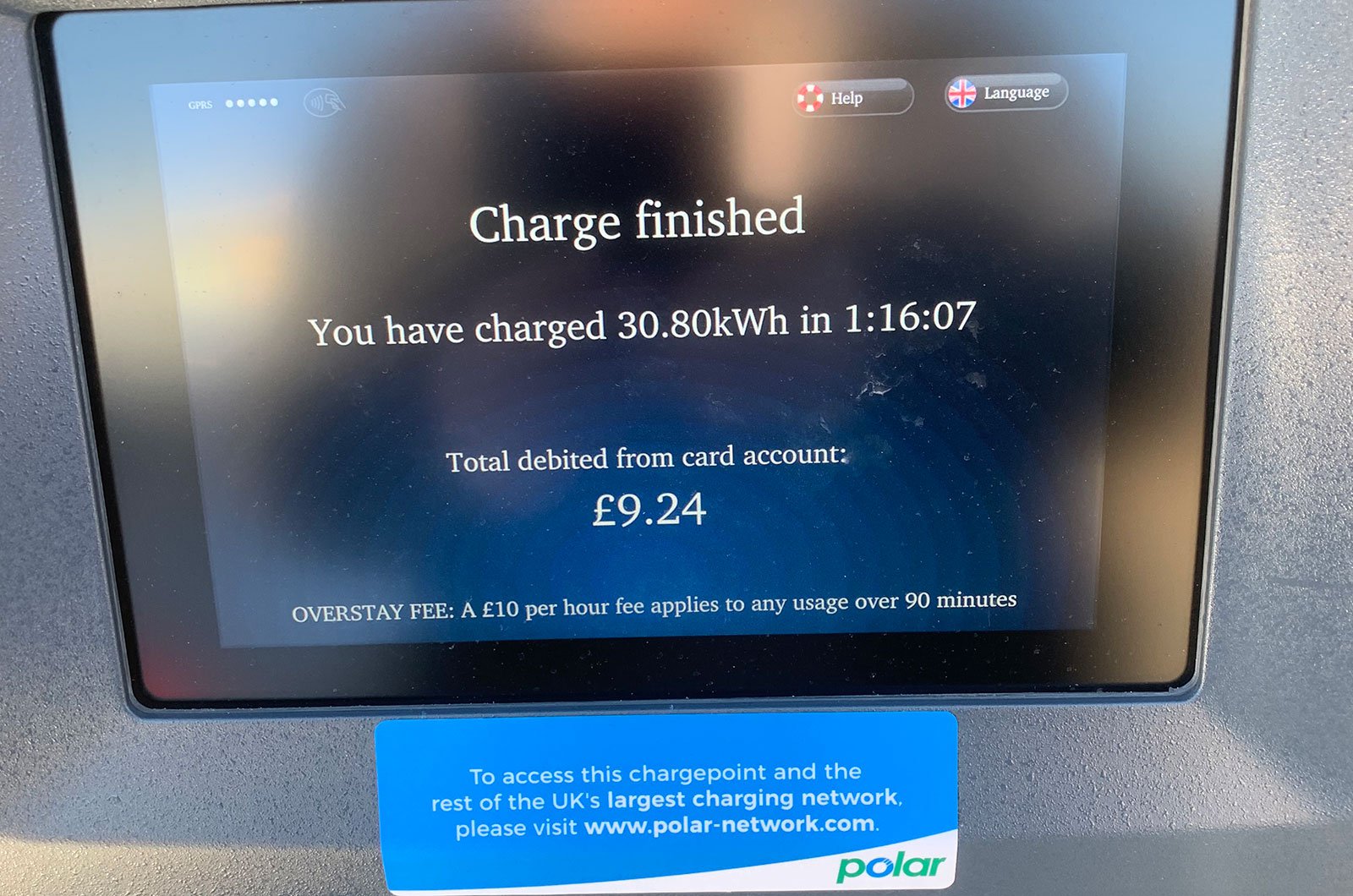 A quick online calculation reveals that the same trip in a petrol car averaging 40mpg would cost me £21.03. Despite the initial hassle and the time taken to charge, then, doing the trip in an electric car saved me a pretty penny.