More for you |
Big savings on our Car of the Year Awards winners2020 new car sales revealed: who were the winners and losers?Top 10 used SUVs for less than £10,000Used test: BMW 1 Series vs Mercedes A-ClassNew Dacia Bigster large SUV – what we know so far
Home
News
Infiniti baby SUV 'could come to Europe'
news 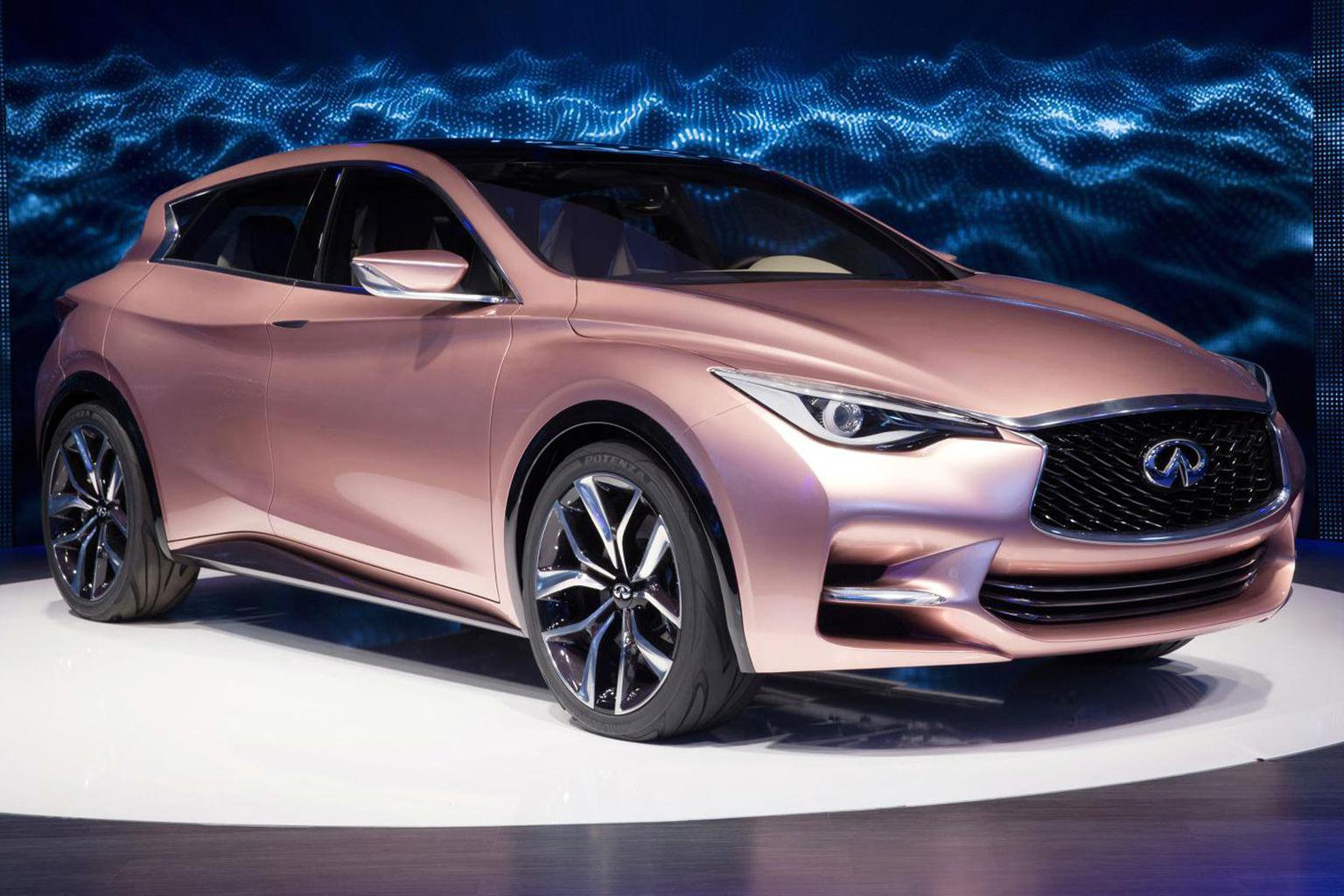 Infiniti is preparing a small-SUV version of its forthcoming Q30 hatchback – and the new model could be sold in Europe and the UK.

The company's boss, Johan de Nysscher, told What Car? that the crossover version of the hatch will be called QX30, and that it will arrive around six months after full production of the Q30 begins in Sunderland in spring 2015. At present, the crossover is destined for the US and China but de Nysscher admitted that if demand from customers is sufficient, the car could be sold in Europe and the UK.

'The Q30 project has been engineered from the start for there to be a crossover version,' said de Nysscher. 'It's always been intended for it to have larger alloy wheels, for example, a raised ride height. We know there is demand from customers in America and China for this type of vehicle. The case for Britain and Europe is less certain, because buyers there tend to still have a little bit more of a leaning towards the hatchback version of the car, but we will wait to see how the customers there react. We're not going to force the car on to the market; if the dealers say, "Please give us it," then we will.'

However, de Nysscher appeared to rule out the possibility of Infiniti using the Q30 as one of the early models in its new performance sub-brand. 'That would not be an easy project to fulfil,' he said. 'At this moment the petrol engine in the Q30 uses the Daimler 2.0-litre motor [part of a technology-sharing deal between the two firms] and that engine has power limitations. We'd have to go to a different engine to deliver the sort of performance we'd be thinking about, so that would probably work against the idea of a hot Q30.'

Mercedes' tuning arm AMG has tuned the same engine for the ultra-hot A45 AMG, but it is understood that the Daimler-Infiniti powertrain deal specifically excludes any AMG motors.