Our sub-editor wants to go green with an electric car, but doesn't want to miss out on making occasional long trips. Does the Kia Soul EV go the distance?...

Why it’s here To find out whether electricity really can replace petrol when it comes to flexibility, cost and convenience

Needs to Cope with country lanes and motorways alike, accommodate an active lifestyle and be easy to live with day-to-day

27 November 2021 – Electric motoring gets in tents

It was arguably the toughest test that an electric car is likely to be subjected to: could my Kia Soul EV take my wife and I on a camping trip to Cornwall, more than 300 miles from home, without making us miserable? Not only did the success of our holiday hang in the balance, but matrimonial harmony, too.

The stakes were pushed higher still by our departure date being only the day after I picked the car up. Yes, we’re winding the clock back a few months here, I was entirely new to electric cars at the time and had absolutely no idea what living with one would be like. Hence I turned into my own dad on the journey down. 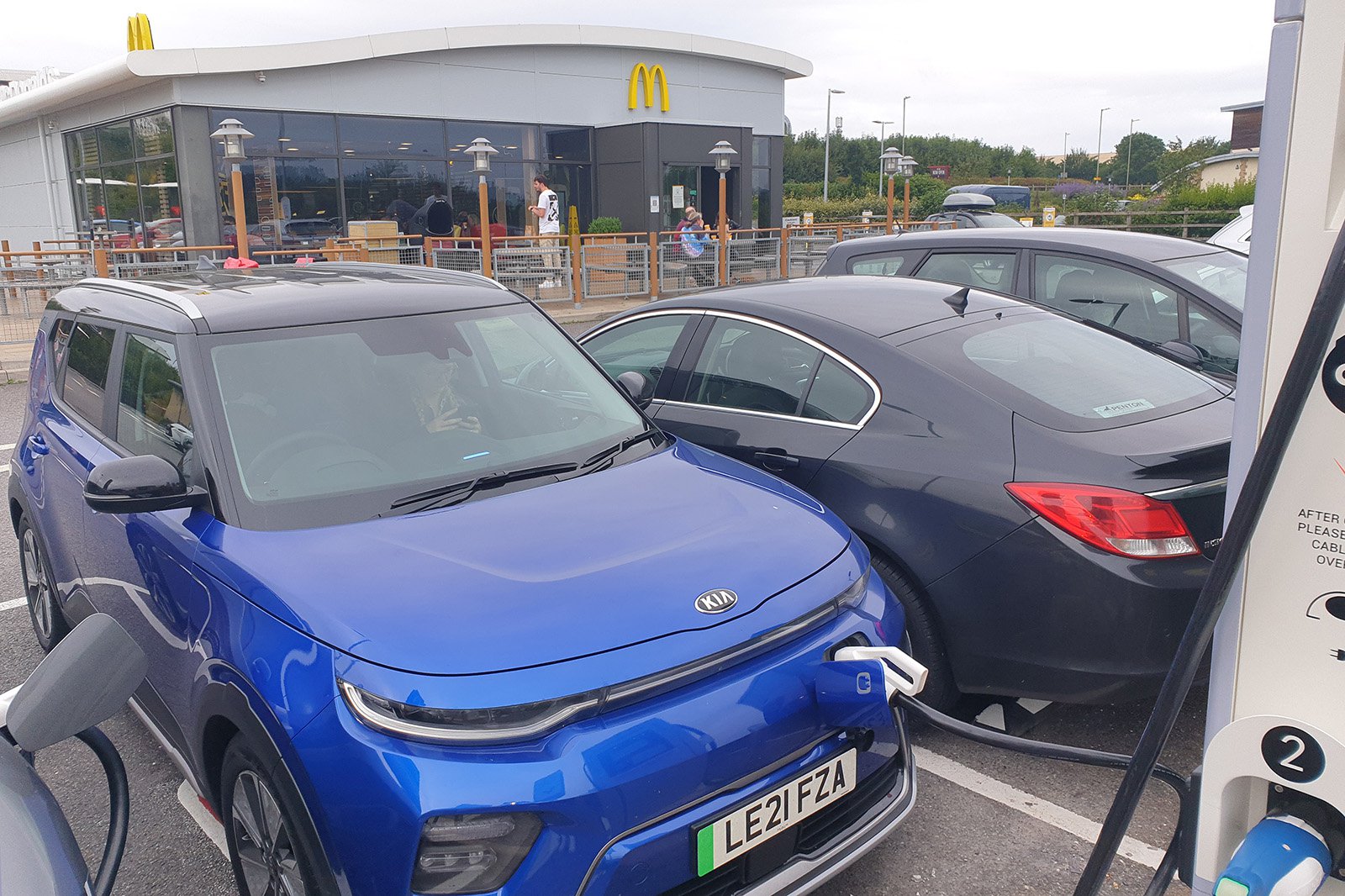 His yells of “I’m not paying for you to leave your bedroom light on” came echoing back as I refused to run the air conditioning, heating, or anything else that might erode the Soul’s indicated range, a caution born from the fear that charging opportunities might be hard to come by – particularly once we reached Cornwall.

Fortunately, they were plentiful on the way there, with several chargers on or adjacent to the A303. Still, despite it being early in the morning when we plugged in to the Instavolt charger at McDonalds in Amesbury, a queue quickly formed behind us. At that point we still had 60 or so miles remaining, but it was comforting to fill 'er up in the knowledge that we could then get to our destination in one bite. We did just that, pitched our tent and admired the view. For several hours.

Pretty soon, though, we'd have to come out of our reverie and consider electrical matters once again. Things might have changed now, but in late August, Cornwall was something of an electric car charger desert. Our nearest fast charger was in Callington, 15 miles from where we were camping, and looked like a relic from the first, Victorian, electric car era. It worked, but had it not, or had it been busier, I’m not sure what we’d have done. 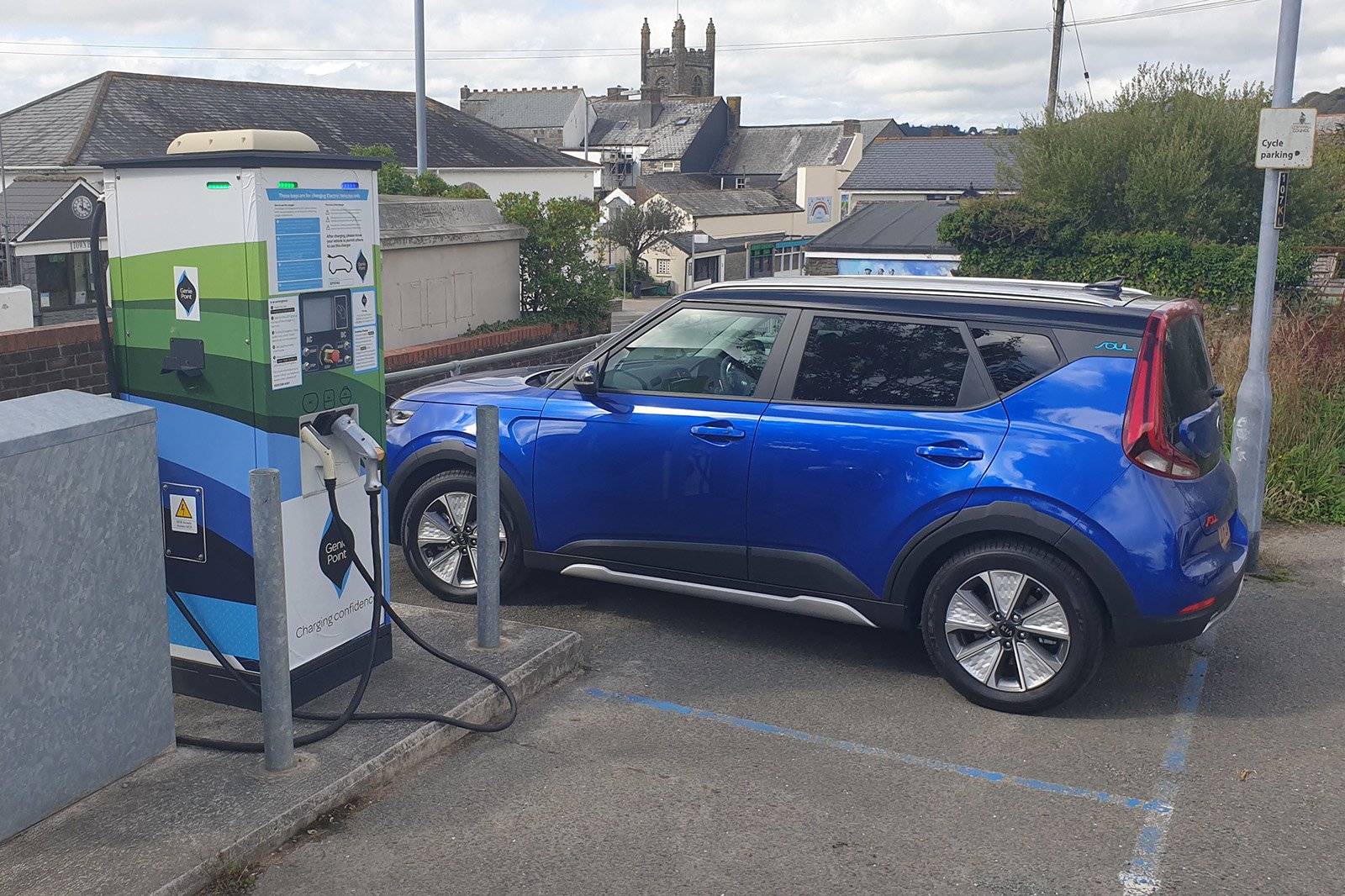 Thing is, of the many ‘public’ chargers in Cornwall shown on ZapMap and several other charging directories, a lot aren’t actually public at all, and most of those which are can only muster a 7kW charge at best. Not much use for the passing traveller. As it was, though, every few days we took an evening trip to Callington and topped up at 50kW, reading a good book while we waited. This made for a slightly unusual holiday schedule, but not a disastrously frustrating one.

The climax of our holiday was the Beautiful Days music festival, the three-day duration of which the Soul EV spent in the grassy, slightly muddy parking field. At the end, our usual tactic is to leave at midnight on the Sunday to avoid Monday’s rush of traffic, both at the festival itself and on the A303. It also meant the rather futuristic Instavolt charger at Newcott was vacant when we arrived at 1am. Alas, a full charge from here would only get us home by the skin of our teeth, so we took on more amps at Amesbury while dining on fortifying early-morning hash browns and coffee. 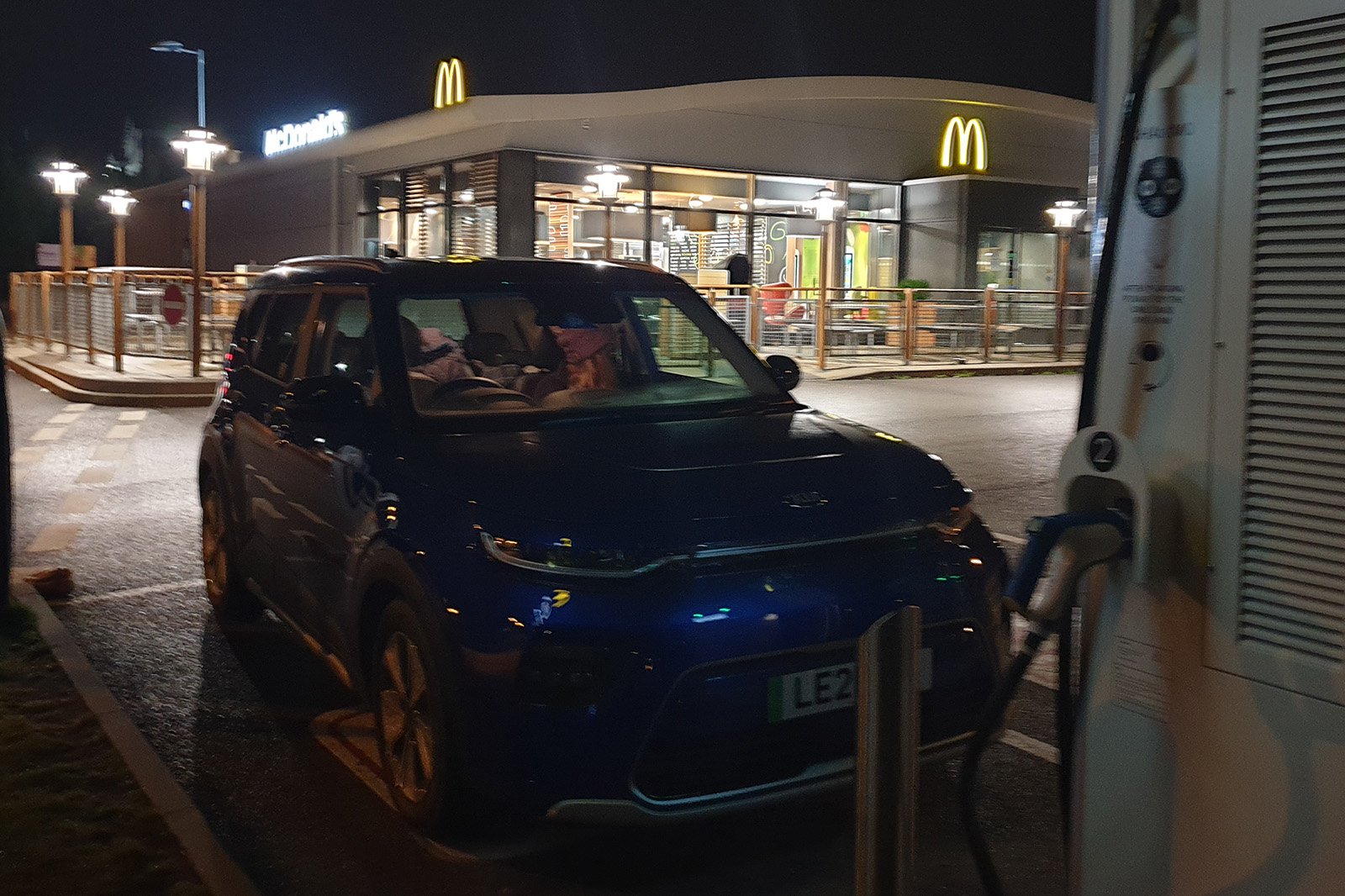 When we arrived back in Essex at around 6am, we were exhausted but, crucially, still on speaking terms. The car had performed faultlessly – electric motoring actually making our holiday more memorable and adding remarkably little inconvenience.

Had that charger in Callington been broken, though, I might not be here to tell the tale.

Our sub-editor wanted to go green with an electric car, but needed it to cope with long trips. Did the Kia Soul EV go the distance?