We're looking back over the past half century, revealing the greatest cars launched since What Car? magazine first went on sale. Today we kick off with an iconic Mercedes...

To find the best cars in the history of What Car?, we're making the case for 10 outstanding models, with the winner chosen via a reader vote.

There's obviously no right or wrong answer to a question like this, but our shortlist includes 10 models chosen from five decades of helping Britain choose its next car.

Okay, so being asked to suggest the best car from the past 48 years worth of What Car? history is a bit of pressure. It means digging deep and proposing something pretty extraordinary and, ladies and gents, that’s exactly what I’ve got for you: the Mercedes W123.

Now, you might be thinking: “What the hell is a W123?”. No, it’s not a newly discovered star in our universe, but it is a star of the automotive world. One that, I promise you, you’ll have seen. In fact, it’s still a relatively common sight on UK roads, especially around the more salubrious parts of London, where it’s considered a prized classic. The W123 is the equivalent of today’s E-Class but, because the E-Class name didn't exist back then, W123 is the common name – derived from the internal Mercedes model code – for the generation of this Ford Granada rival that was sold between 1976 and 1986. To get really geeky about it, we named the estate version What Car? Car of the Year in 1982, and technically that was called the S123. We’re not anoraks, though, so let’s stick to W123 as a catchall term for what was offered as a saloon, an estate, a coupé and even a limousine.

Here’s a car that positively radiates Mercedes’ old-school ethos of absolute engineering integrity. Indeed, the W123 is considered by many as ‘over engineered’ and, as a firm favourite of the German taxi trade, examples would rack up 300,000 to 600,000 miles with only minor work to keep them in good fettle. This was at a time, don’t forget, when plenty of its contemporaries were fortunate to see 100,000 miles before being dropped, unceremoniously, into the crusher. And if they were lucky enough to be reborn as a new fridge, no doubt the W123 would’ve outlived that, too.

But the W123’s reputation went beyond a workaday taxi. Here in the UK, as well as all around the world, this was a highly sought-after car. Its classless, understated elegance (especially the coupé version) and benchmark quality meant that W123 owners of the day included the great and the good. Pop stars, such as John Lennon and Bonnie Tyler, had one, as did top-flight footballers, including Franz Beckenbauer and Kevin Keegan. Even the dear old Queen Mum kept one in her fleet. 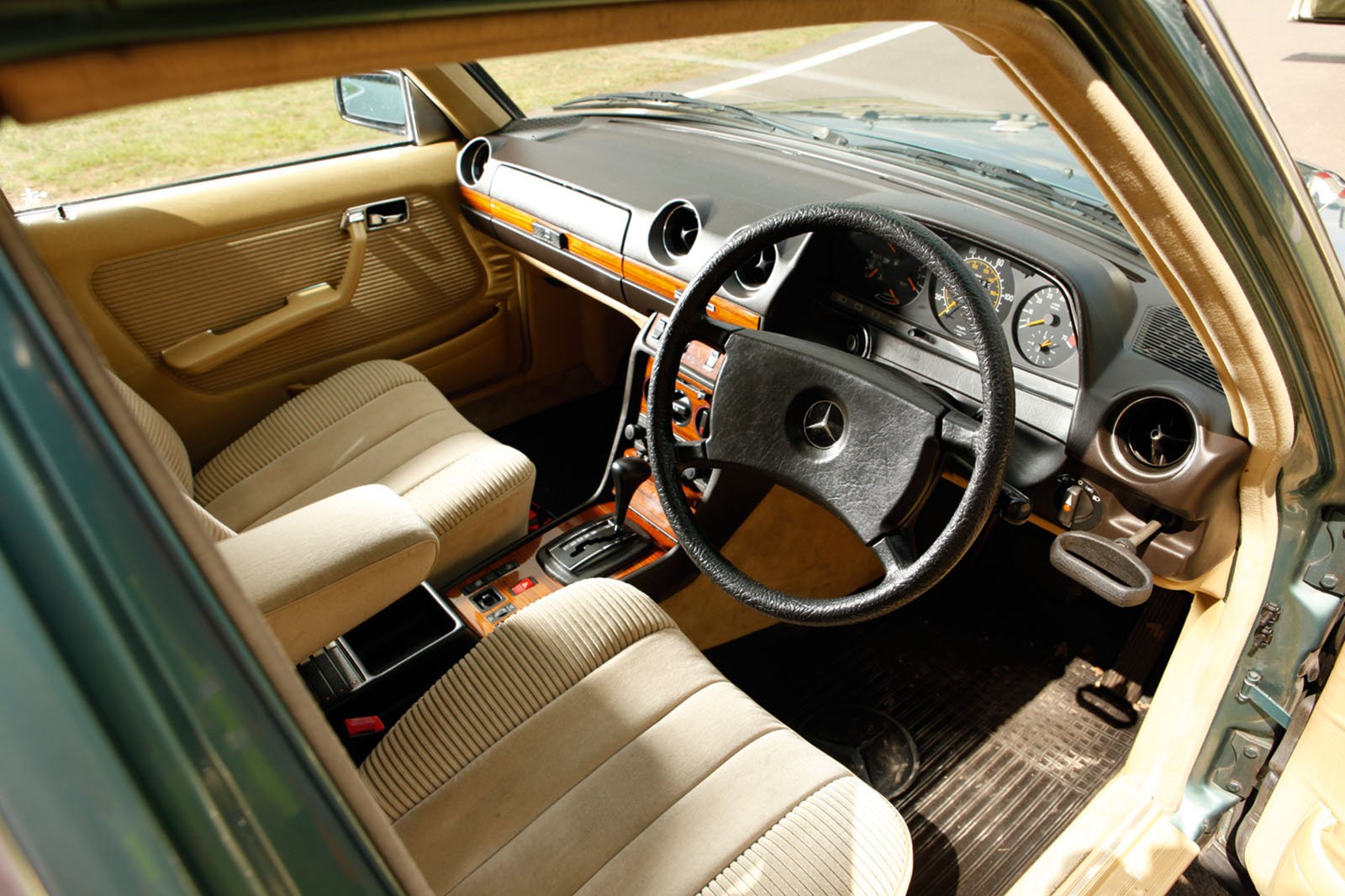 It was exclusive, then, but not unobtainable like a Rolls-Royce or Ferrari. In our summing up of the 200T Estate, in the year it won our Car of the Year award, we pressed home its value for money by saying: "While other [car] producers' prices have risen inexorably over the years, Mercedes’ have remained relatively static". You still got "the unrivalled quality of materials, design and workmanship" but this "has now become accessible to a much wider audience". And with Mercedes’ prestige "thrown in for free".

The W123 estate came with a huge boot, too, and the option of seven seats so it was extremely practical. Meanwhile, the range was available with some notable features for the time, including anti-lock brakes (ABS), driver and passenger airbags, a five-speed manual gearbox, automatic climate control (rather than merely air conditioning), and even a system to switch on the heater without the engine running – so that in depths of winter your Mercedes would be toasty and warm the moment you climbed aboard. This was the late 70s and early 80s, remember – a time of electricity shortages, flared trousers and brown wallpaper. 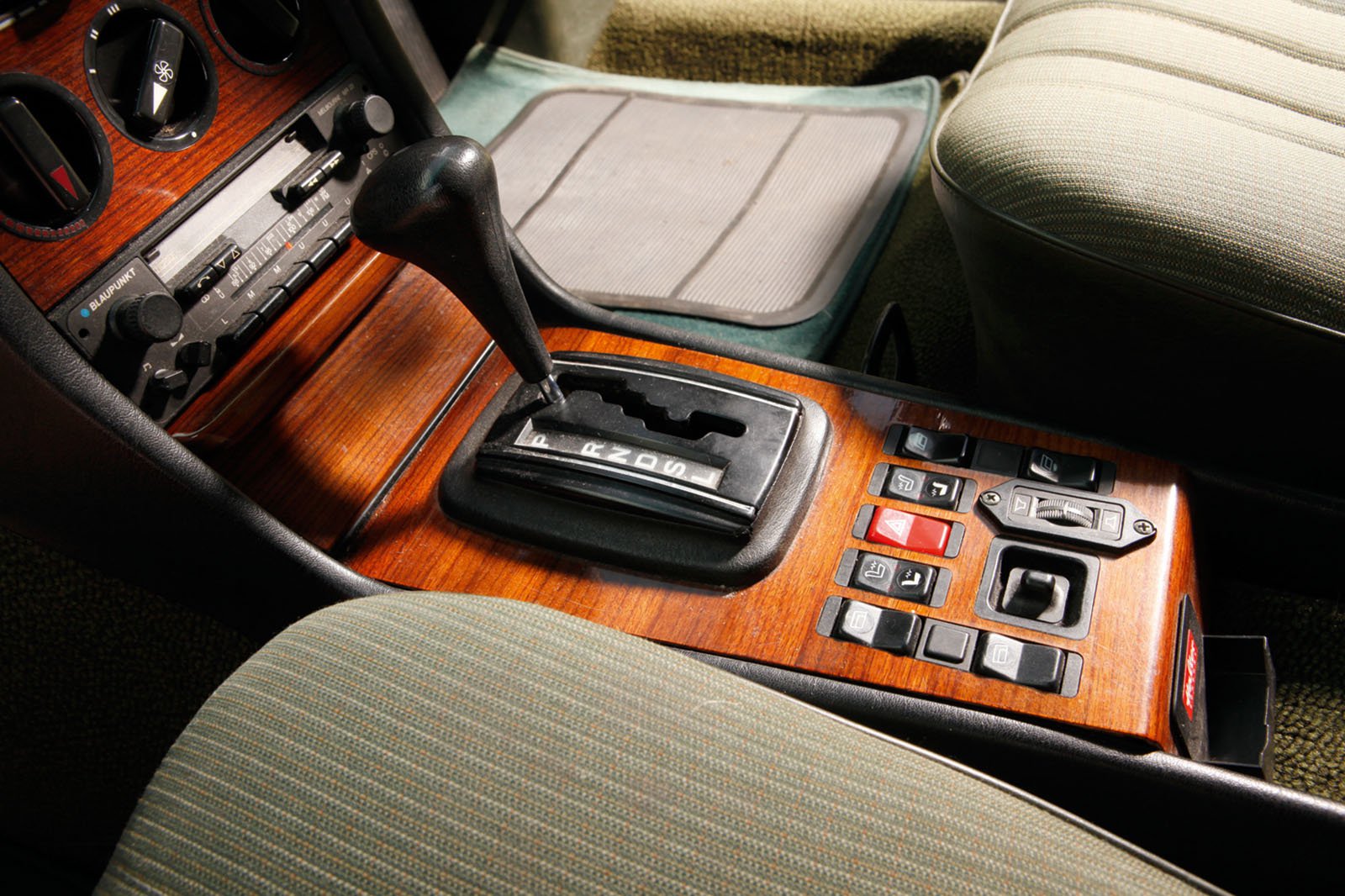 And at that time safety wasn’t as ‘fashionable’ as it is now. Yet we still we noted in a road test from the era that the W123 had "just about the best safety features of any car in the world". That, we concluded, made it "idiot proof".

It was good to drive, too. The accurate steering, relative lack of body lean and comfortable ride put the "driver immediately at ease with the car". In fact, the W123’s durability and tidy handling helped it to win the gruelling 1977 London-Sydney rally (with another W123 finishing second), which adds a dash of sporting prowess and leads me on to my killer point. 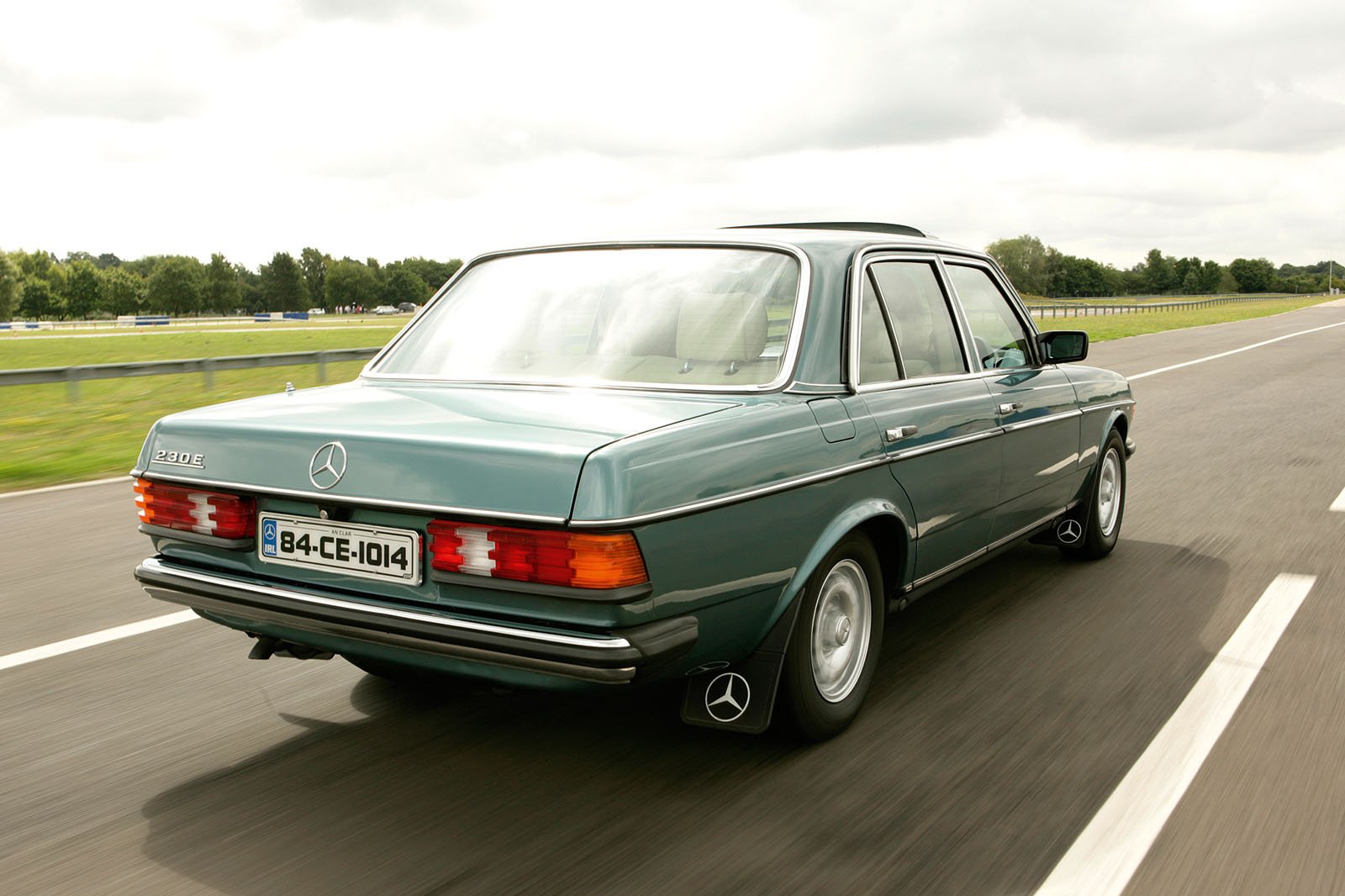 Almost all of our nominees over the coming days will be previous What Car? Car of the Year winners and were, without doubt, great cars in their day. But the W123 was so good that it’s still serving people, more than forty years after it was launched. How so? In Africa, people need reliable cars to get from A to B, sometimes as a matter of life and death. There’s no RAC or AA cover if you breakdown in the middle of the Serengeti, but there are lions.

It isn’t Land Rovers that feed the automotive appetite of Africa, though, but W123s. Today, they are still stolen to order from the leafy streets of Hampstead and shipped out to the Mother Continent. Indeed, in parts of North Africa, half the cars on the road are W123s.

So come on, think about it. A car that was good enough not only for royalty and a former Beatle, but is still loved by much of a continent. How can the W123 not be the winner?

Come back tomorrow to read about our next contender: the Peugeot 205

Next: Our full review of the 2020 Mercedes E-Class Estate >>