The L200 has a reputation for being a great working vehicle, but can it also be a good alternative to a large SUV for those seeking practicality and off-road prowess? We're living with one to fin...

Needs to Offer all the space that a What Car? photographer might need, be great for long-distance trips and off-road driving, and function as a mobile office

The last 12 months have felt pretty apocalyptic. However, while I’ll be pleased to soon see the back of coronavirus (fingers crossed) and the associated lockdowns, I’ll very much miss the Mitsubishi L200 Barbarian X that served as my transport during this period.

Pick-up trucks have always been on the fringes of my life, and when I finally got my hands on one or my own I couldn’t wait to put it through its paces; test its practicality, usability and on and off-road performance. I really wanted to push it to its limits and I think I succeeded, despite various periods where it had to remain parked up. 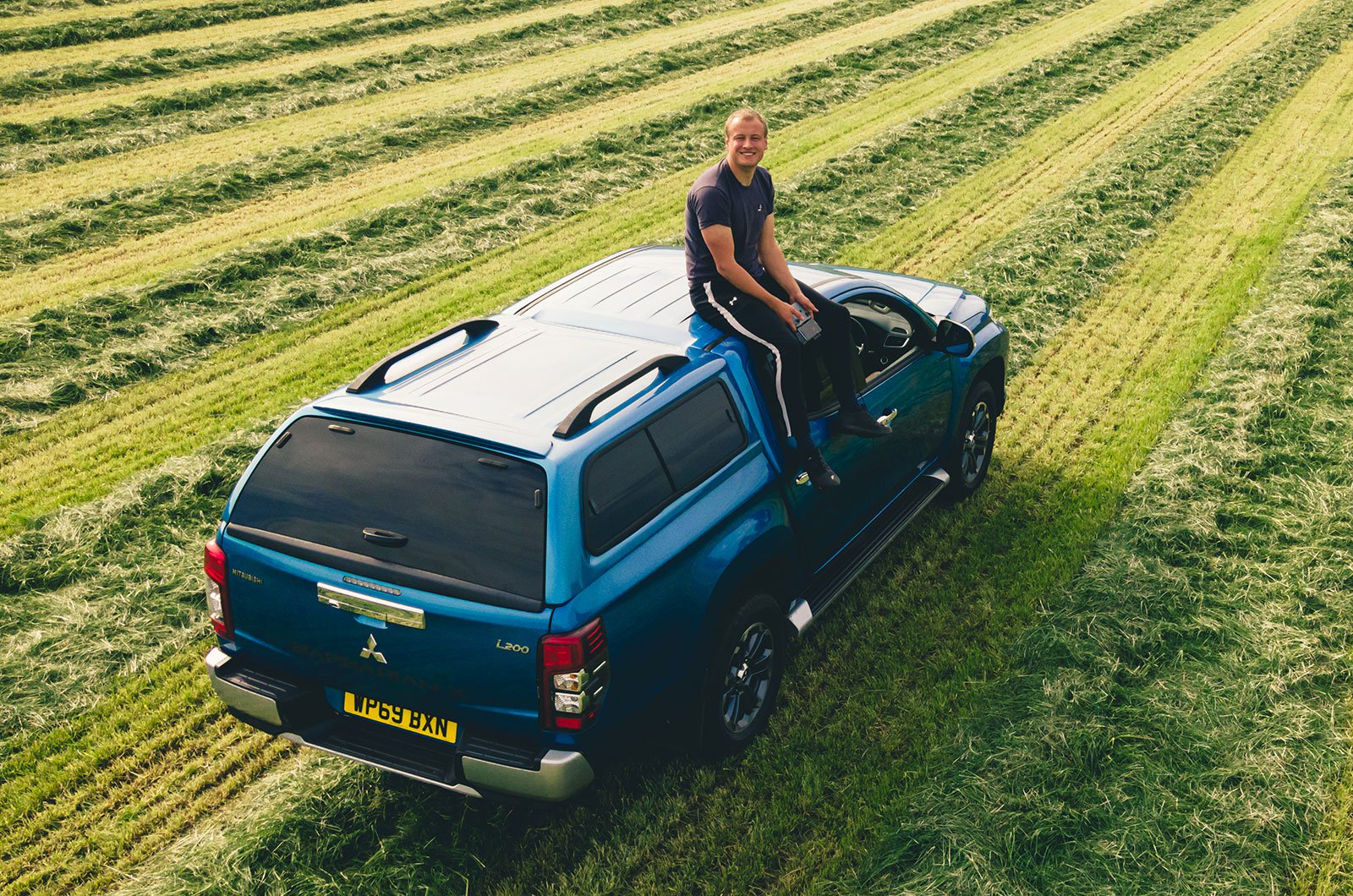 My L200 had to battle through the intense storms and flooding at the end of last year, moved my life from one end of the country to the other twice, and trekked across the wind-chilled beaches of Scotland as well as many other different types of unusual terrain as I searched for the perfect photographs in my role as a What Car? snapper.

When driving in town, the steering was light enough to allow good manoeuvrability, and its 360-degree cameras meant I didn’t pick up any embarrassing scrapes while trying to park, despite the L200’s bulk. However, I did find the parking sensors rather slow to react to things and sometimes they would start beeping randomly when in traffic – although they are at least easy to turn off when desired.

It will probably come as no surprise that the L200 really shone when facing off-road surfaces. I tested it on wet grass, mud, sand and through water, and soon had total faith in its abilities; it never had any problems getting me to where I needed to go. 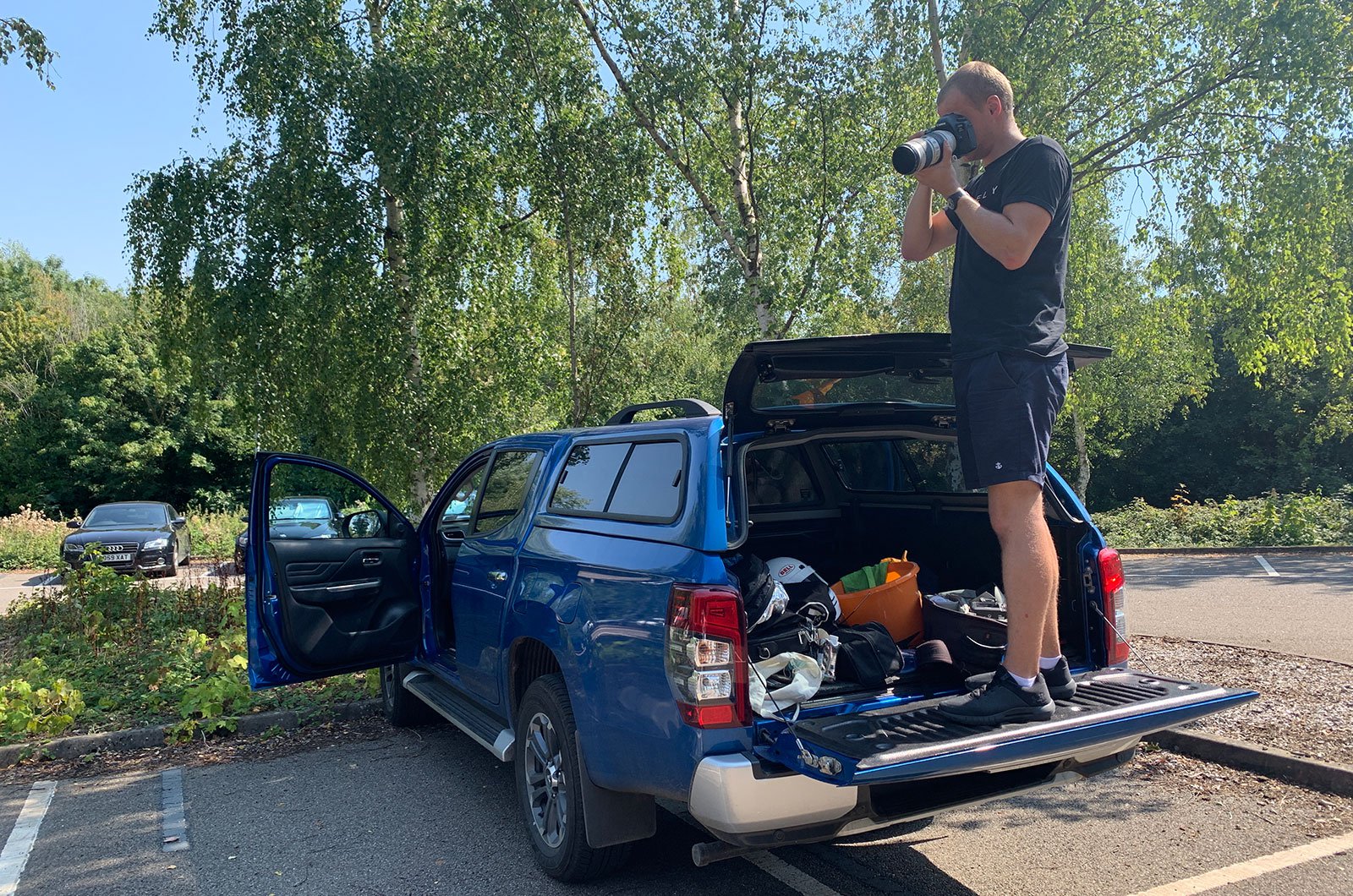 It helps that the dial and button combination on the centre console makes setting the car up for different environments a doddle. The ease of this drive selection also came into its own on motorways in difficult weather conditions. There were a number of times when I found myself in the middle of a sudden downpour, and being able to quickly switch from two to four-wheel drive calmed my nerves. If this was none via a touchscreen, for example, it would have been far more stressful.

In other respects, though, my L200 didn’t fare so well when on the motorway; you hear quite a lot of road noise coming from the chunky off-road tyres, and more from the massive load bay, even with the rear load cover on.

True, the 2.3-litre diesel engine isn’t short of grunt, so can haul the L200 up hills with ease. However, it’s not especially responsive and is linked to an automatic gearbox that can sometimes be slow-witted, so it often took longer than I’d like to get up to speed. 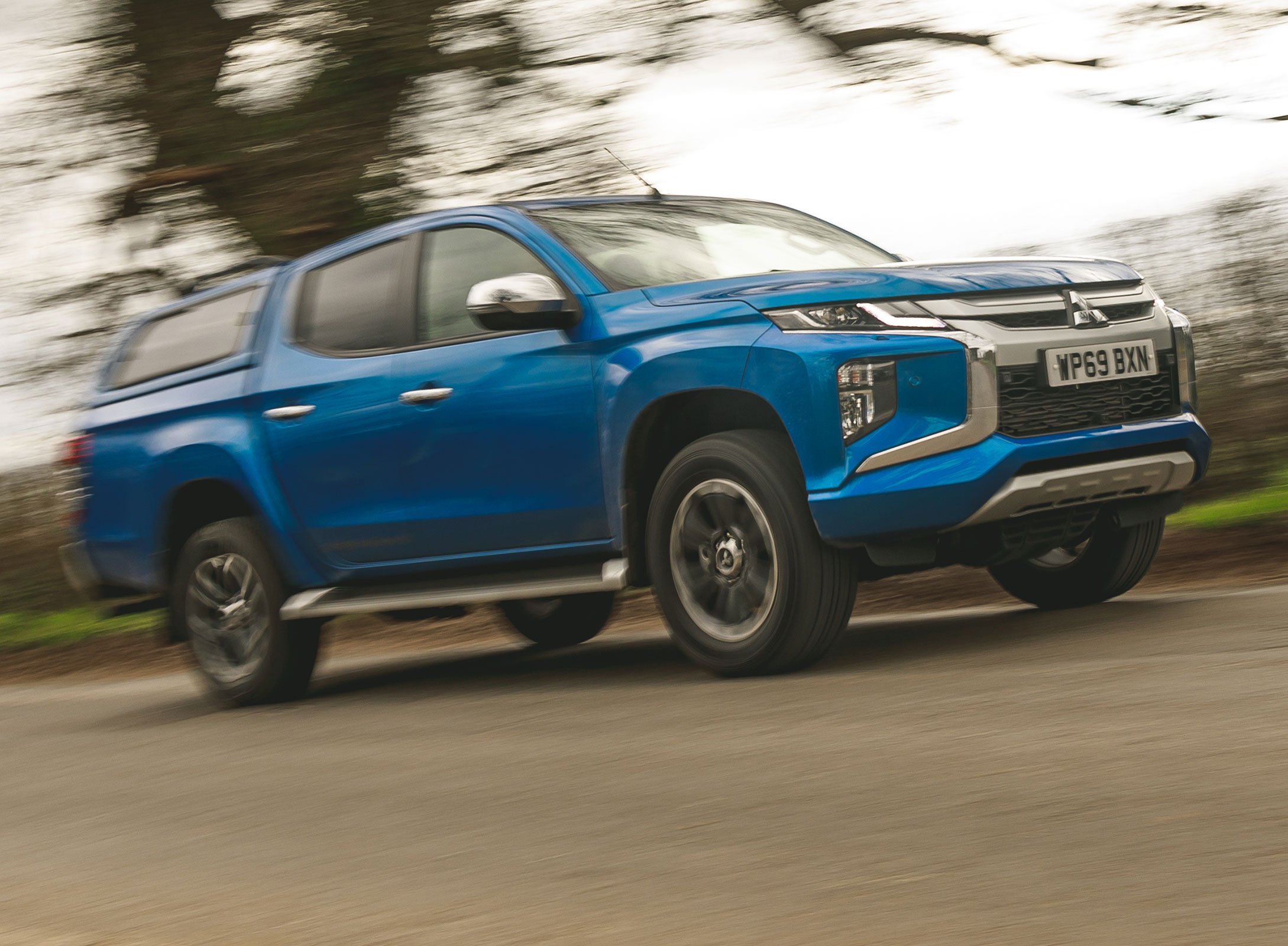 More positively, I personally find the styling of the Barbarian X a striking, modern take on the original Mitsubishi L200 design. That combined with the impressive level of technology on offer with the Barbarian X trim level, and very competitive pricing, really does make this pick-up one to watch out for if you’re in the market for a hard-working truck that could serve as family transport. After all, despite the utilitarian image of pick-ups, mine came with creature comforts such as cruise control and heated seats.

The load bay, meanwhile, was large enough to take every bit of my camera equipment, and sometimes even another photographer or videographer when we were hiding from the weather.

In short, then, I loved my time with the Mitsubishi L200 – its rugged go-anywhere character meant that whatever the challenge I was ready to face it head-on. From a pick-up truck, you can’t ask for much more than that. 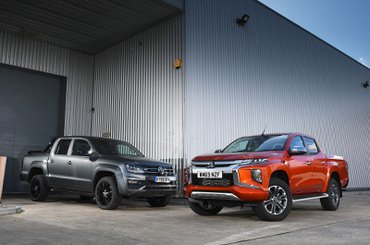