More for you |
Audi A4 Allroad long-term test review2016 Audi A4 Allroad 3.0 TDI quattro 272 reviewWATCH: 2020 Polestar 2 review – better than a Tesla Model 3?Cars that are cheaper to buy on finance than with cashNew issue of What Car? magazine on sale now
Home
News
New Audi A4 Allroad quattro to go on sale this summer
news

New Audi A4 Allroad quattro to go on sale this summer

Audi's high-riding off-road estate, which goes on sale in the UK this summer, has been revealed at the Detroit motor show... 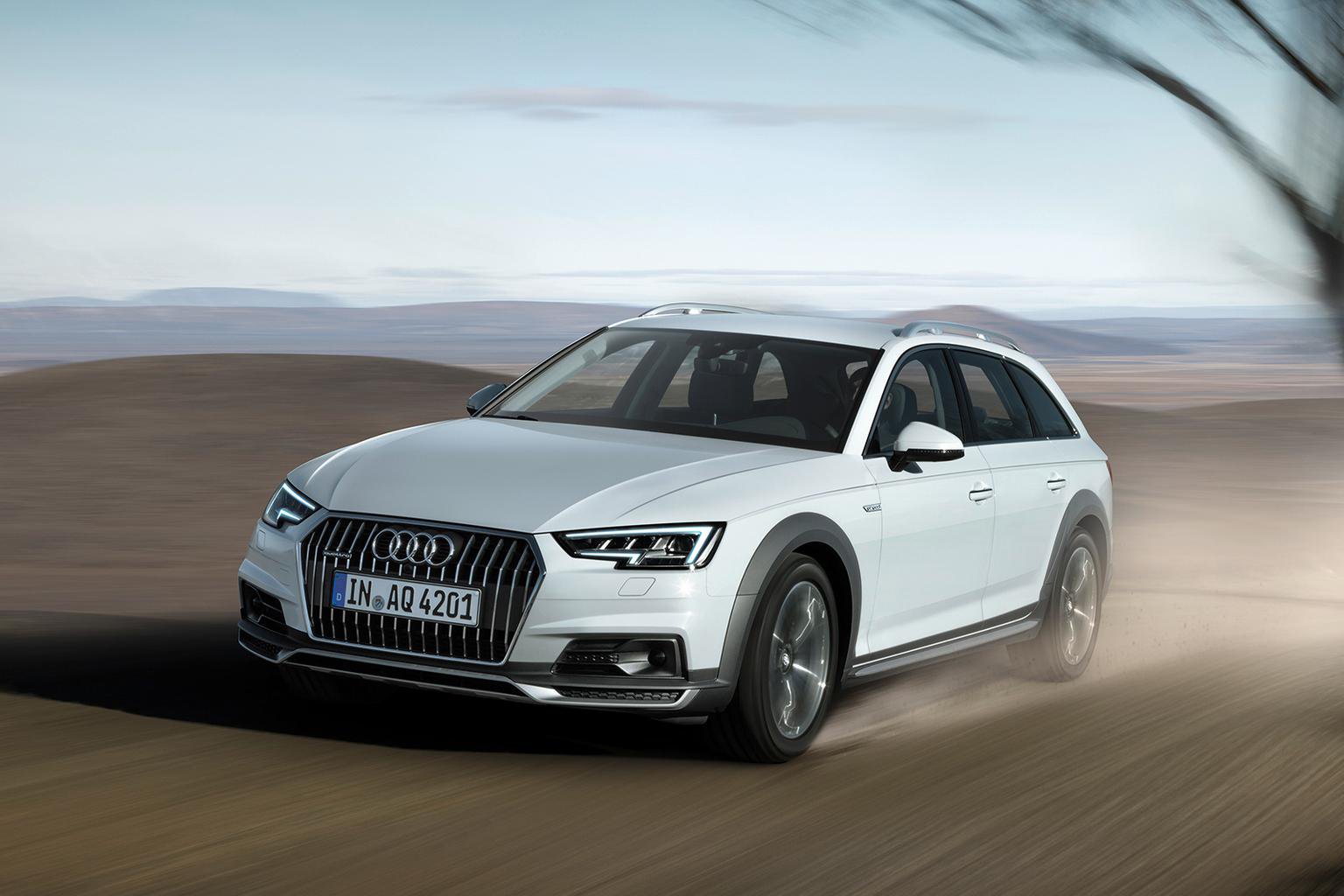 The new Audi A4 Allroad has made its world debut at the Detroit motor show, and will go on sale in the UK this summer.

The A4 Allroad is a high-riding version of the new Audi A4, designed to tackle light off-road terrain while also providing the extra space and usability offered by the A4 Avant estate.

The new model comes with modified springs and dampers which raise its ride height by 23mm compared to the regular A4 Avant. In combination with 19in alloy wheels, the A4 Allroad comes with 34mm of ground clearance.

Despite being larger than the car it replaces, the new A4 Allroad is also said to be up to 90kg lighter.

Powering the new A4 Allroad quattro from launch will be 161bhp and 187bhp versions of Audi's 2.0-litre four-cylinder diesel engine.

When offered in combination with the firm's S tronic dual-clutch automatic transmission, the 161bhp engine is capable of returning up to 57.6mpg, with CO2 emissions of 128g/km. A 148bhp version of the same engine is also planned for introduction soon after launch.

Audi's 3.0-litre turbocharged V6 diesel will also feature in the Allroad, in both 215bhp and 268bhp forms. In its most powerful form, this engine is capable of propelling the A4 Allroad quattro from rest to 62mph in 5.5sec, with a top speed of 155mph and CO2 emissions of 139g/km.

The petrol engine range includes a 249bhp turbocharged 2.0-litre unit offering a 0-62mph sprint time of 6.1 seconds and a 153mph top speed. It's capable of returning 44.1mpg with CO2 emissions of 147g/km.

Buyers can opt for either a six-speed manual transmission, seven-speed S tronic dual-clutch automatic gearbox or an eight-speed torque-converter automatic.

Full equipment and specification lists won't be available until closer to the car's launch, but expect them to mirror almost exactly those offered on the A4 saloon and Avant. That means a generous kit list for every model, with Audi's Virtual Cockpit featuring on the options list.

Again, pricing has yet to be announced, but we wouldn't expect prices to stray too far from those of the current A4 Allroad, which is priced from £32,765.

Rivals for the high-riding Audi A4 include the Skoda Octavia Scout, Seat Leon XPerience and Volkswagen Passat Alltrack. All three of those models currently hold a four-star rating on What Car?

The previous A4 Allroad acheived a three-star rating.