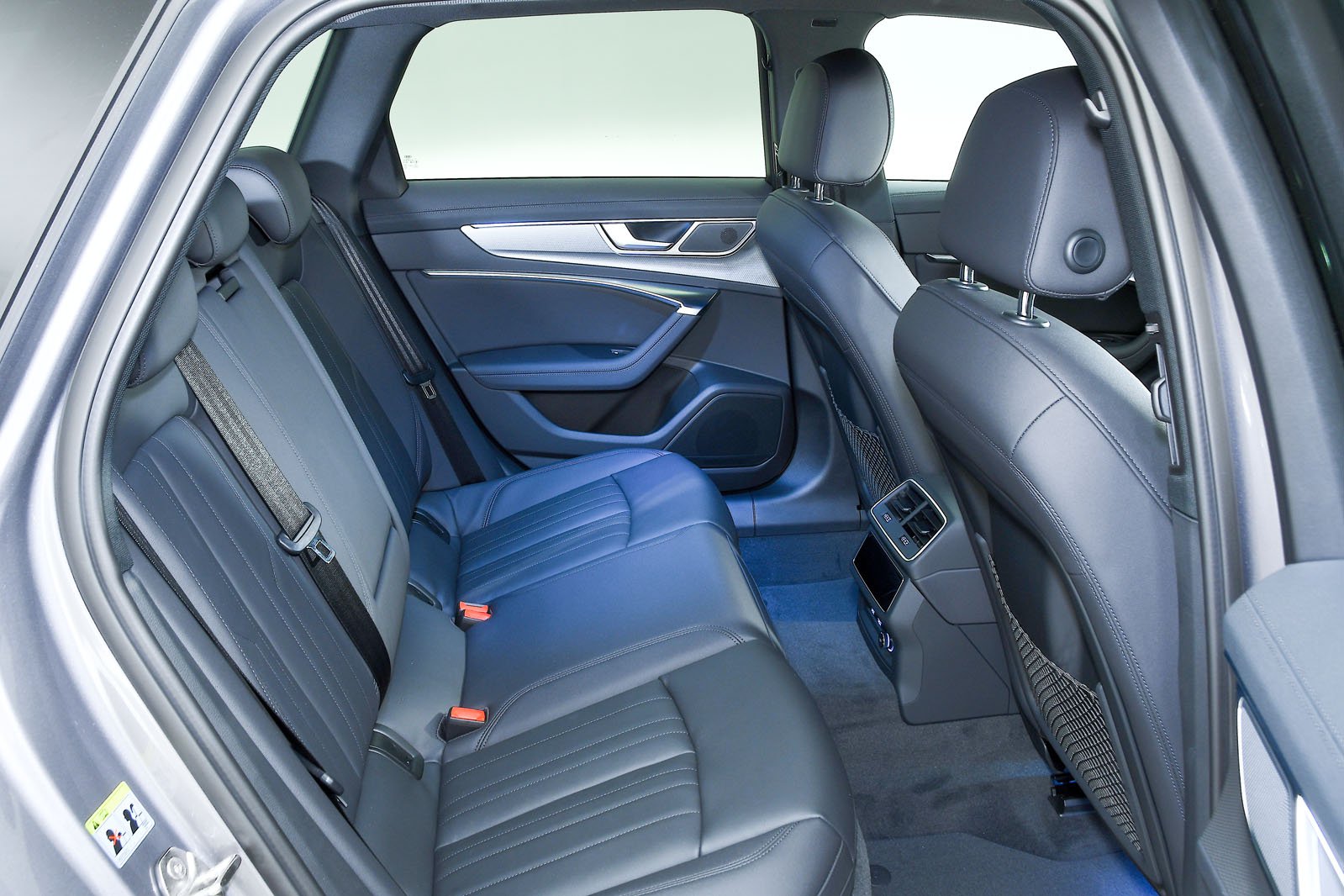 Up front, there isn’t much between our contenders in terms of space; both are easily big enough to accommodate occupants of most shapes and sizes. In the back, two 6ft-tall adults will be able to lounge about in both cars, but the V90 is particularly well endowed for leg room. Its optional panoramic glass roof (£1295) reduces head room a little, but it’s still fine, and the V90 is better for seating three abreast in the back – again, mainly thanks to that extra leg room. Both cars have a sizeable hump in the floor for the middle passenger to straddle, though. 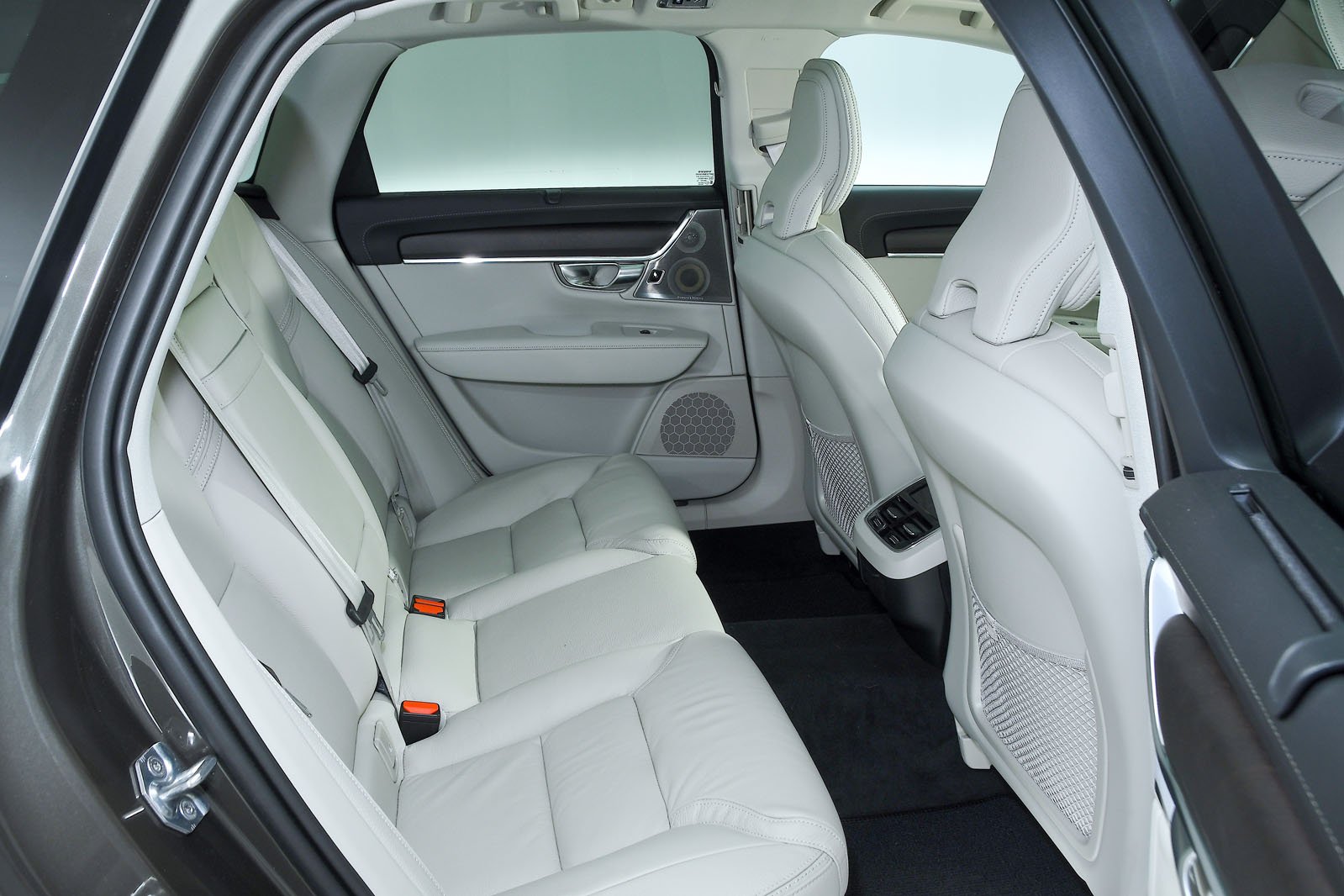 Our contenders’ boots can each swallow a respectable eight carry-on suitcases below their tonneau covers, but there’s more space left over in the A6, which also has a lower floor for easier loading of heavy items. Rear seatbacks that split 40/20/40 in the A6 are more flexible than the V90’s 60/40 configuration. 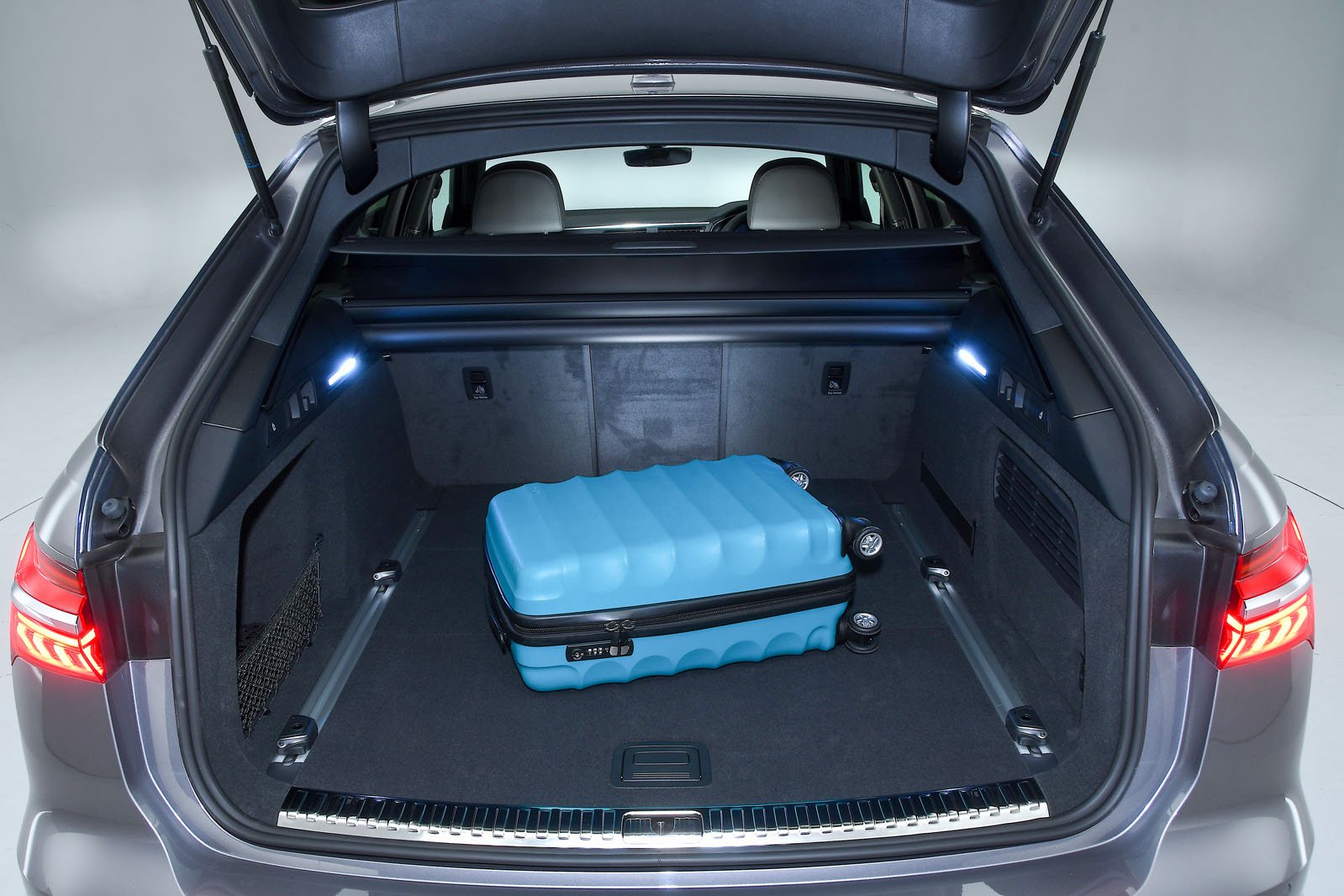 A6 has handy levers inside its boot for dropping the rear seatbacks, plus a bit more cargo space and a lower floor; rear seats are spacious for two adults but not as good as V90’s for three abreast; both cars have electric tailgates. 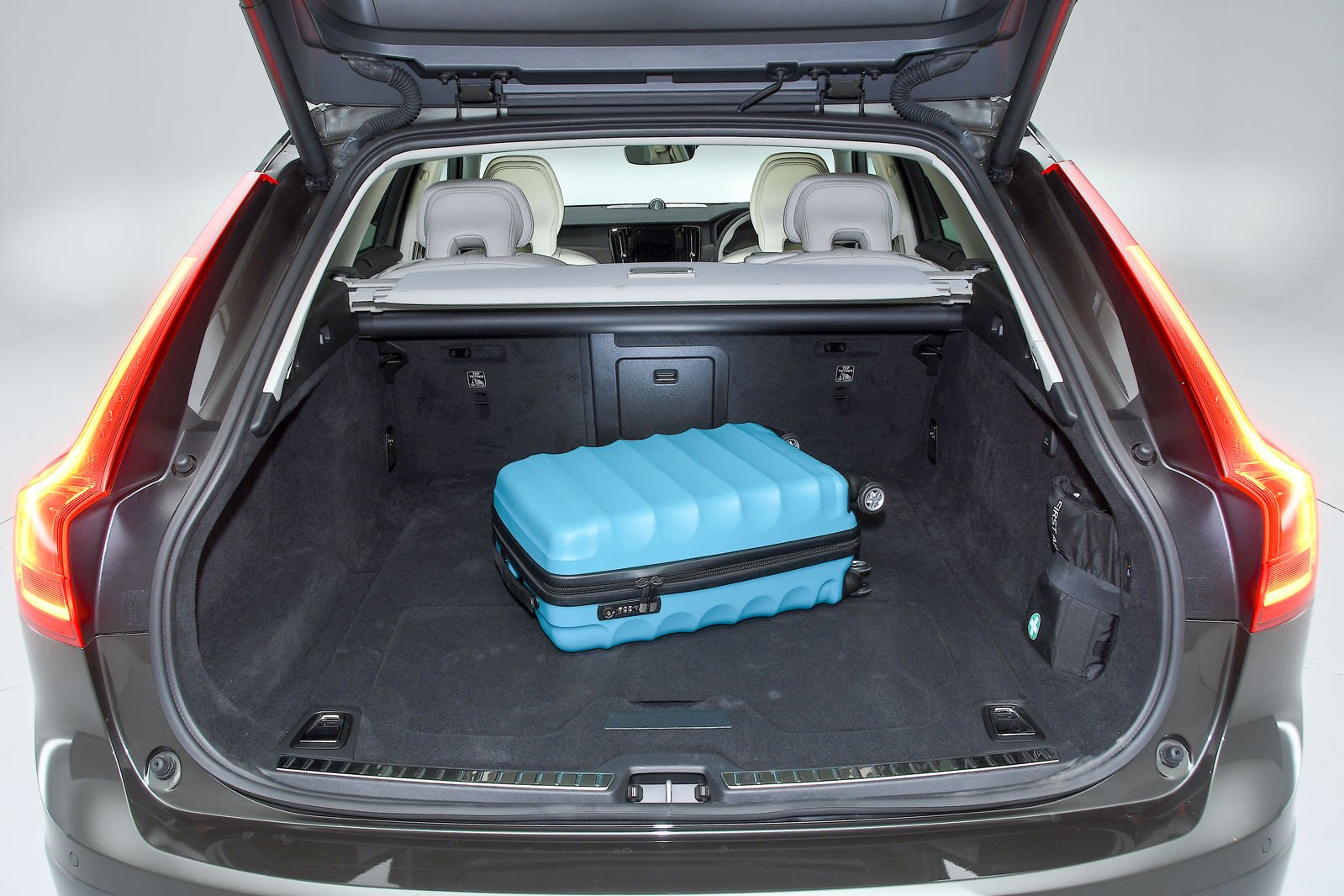 V90’s boot is a similar shape to the A6’s and comes with a handy load divider, but the rear wheel arches eat up a bit more space; rear leg room is even better than in the A6; door pockets and cubbies are bigger and more useful.