An ultra-efficient new Audi A6 is a fine luxury car, but could a used Jaguar XJ with nicer driving dynamics be a better choice for the same money?... 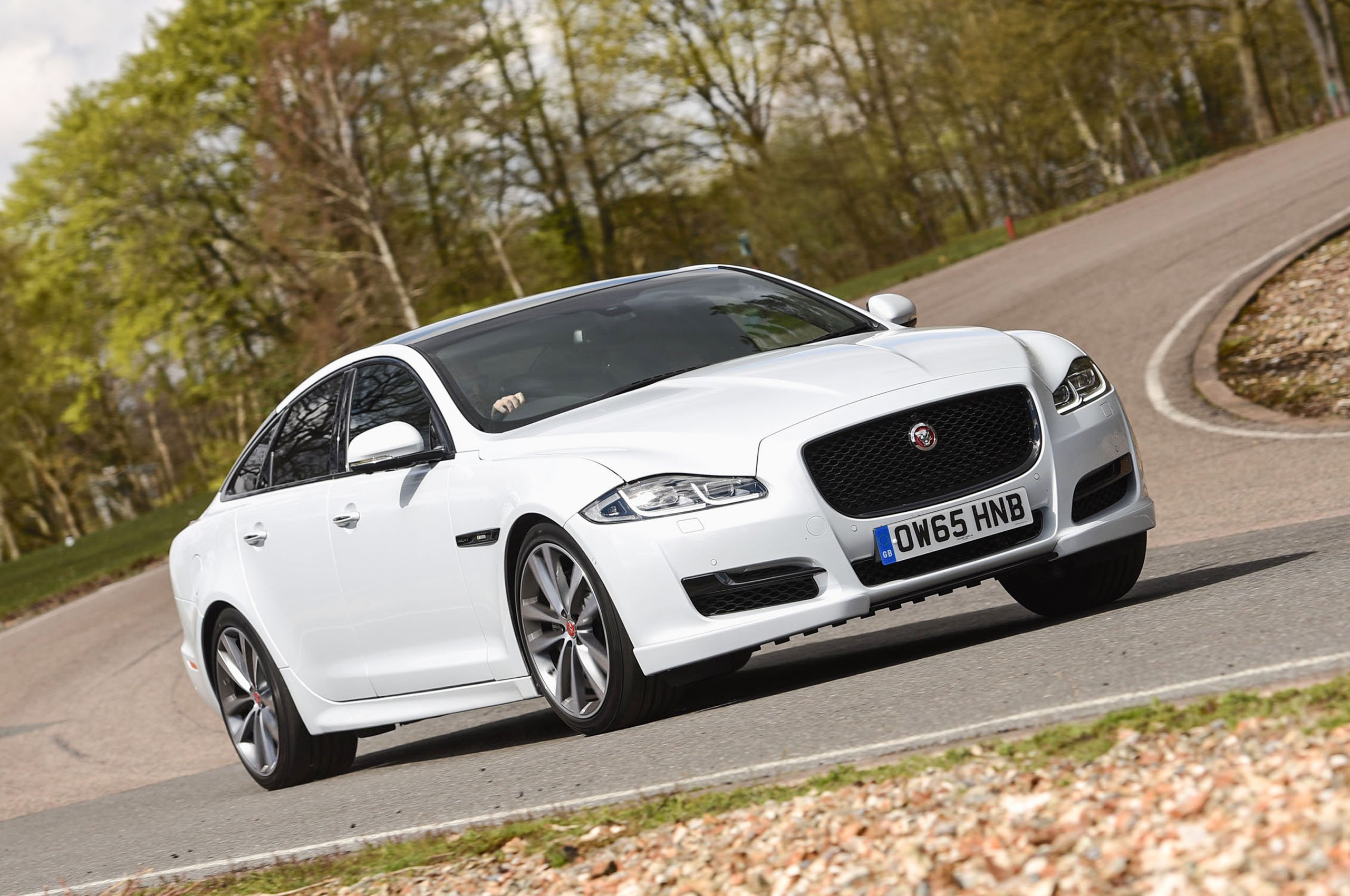 With over 100bhp more and rear-wheel drive, the Jaguar XJ was always going to have an advantage here. It’ll sprint from 0-62mph 2.2 seconds faster than the Audi, although, this won’t matter much in the real world. However, the extra 220lb ft of torque the bigger 3.0-litre, six-cylinder engine produces will allow the XJ to waft more serenely around than the 2.0-litre four-pot in the A6. The latter's mild-hybrid system is of little help here either, because the car cannot run on electric power alone. The batteries in the system are of greater use in start-stop traffic, because it allows the engine to be switched off for longer, running various ancillaries (such as the lights and ventilation system) using charge recouped during braking.

The gearbox and dulled throttle response of the Audi also detract from its driver appeal, particularly when trying to merge quickly into traffic or join a roundabout. The Jaguar isn’t brilliant here either, but it’s noticeably less laggy.

You may also find the ride in the A6 it be rather less settled on the whole, more so when it rises back up after a compression, because it pings back up like a jack-in-the-box, pitching you forwards and backwards in your seat. The adaptive air-suspension in the Jaguar is firmer than competitors such as the Mercedes S-Class, but more settled than in the A6.

You’ll also find less precision in the steering of the A6 compared with the XJ. The weighting of it in the A6 builds predictably enough at speed and is always smooth in operation, but the quicker set-up in the XJ offers more feedback and also helps to disguise the size of the car, making you feel like you're piloting something the size of a BMW 3 Series. All-in-all, the XJ is a fun car to drive, moreso than the staid A6.

The beautiful thing about buying a luxury car second-hand is the savage depreciation these car experience, and this is very true for the XJ. It was only predicted to retain 30% of its value after three years, which is woeful compared with the 44% of the A6.

Trouble is, expensive cars will always cost more it maintain overall. A minor and a major service for an XJ will come to £640, while you can fix the price at £468 for the same number of visits to the dealer for the A6. Fuel economy will also be in the Audi’s favour at 62.8mpg, compared with 40.4mpg for the Jag. Road tax costs will be the same for both, because both cars cost over £40,000 when new. To find out more about the current road tax costs, click here.

You’d also think the A6 would have the XJ beaten for reliability, but the XJ actually did rather well according to our latest survey. It came top in the luxury car category, and even though a few owners suffered with electrical gremlins, these were mostly sorted within a day and the majority remained drivable. The A6 is a little too new to have been included in the same survey, but Audi as a brand is only a little bit better than Jaguar overall with 20th and 26th places respectively out of 31 car manufacturers.