Citroën Oli showcases technology which will appear on the next generation of the brand's models, including lightweight bodywork and an eco-friendly interior...

The modern world is a noisy, expensive and increasingly crowded place to live, so it’s little wonder that some people are choosing to live as hermits instead. Indeed, a 2019 study identified more than 541,000 such people in Japan alone. But if you feel like living a quieter, cheaper and more sustainable lifestyle, you might still need to get around, and that’s where the Citroën Oli can help.

Building on the same lightweight and electric philosophy as the Citroën Ami small car, the Oli has the rufty tufty looks of a small SUV and a footprint similar to the Ford Puma, but it weighs only 1000kg – about the same as a Hyundai i10 city car. 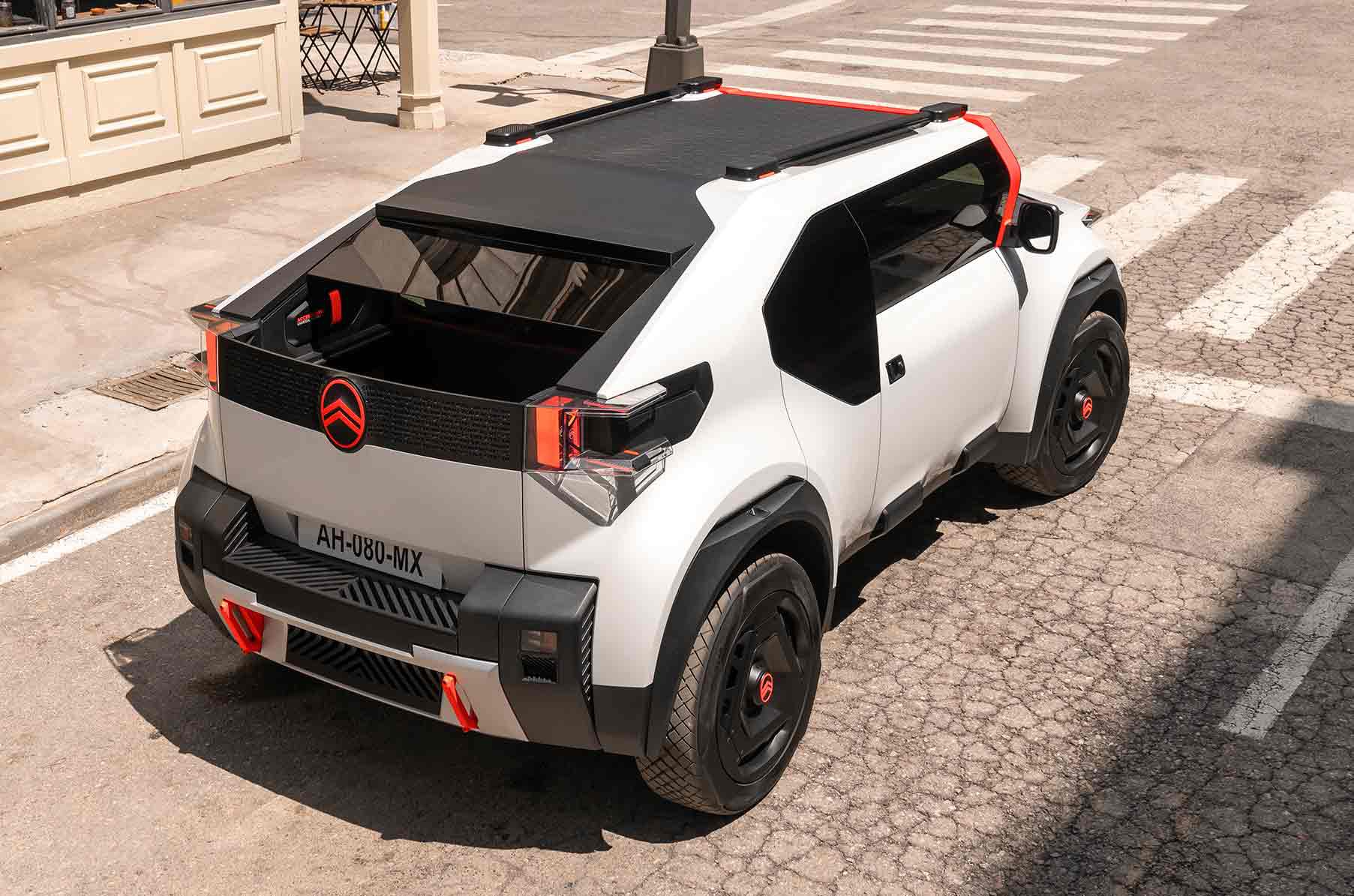 The Oli is powered by a 40kWh battery that sends energy to a single electric motor, providing a targeted range of up to 248 miles between charges. That’s farther than entry level versions of the Cupra Born will take you before needing to be plugged in, and only 40 miles short of the Kia Soul EV’s 280-mile range.

It’s just as well that the Oli is geared towards a slower pace of life, because its top speed is limited to just 68mph to help conserve energy. When you do need to plug it in, a charge from 20-80% takes as little as 23 minutes, if you can find a suitably juicy charge point. 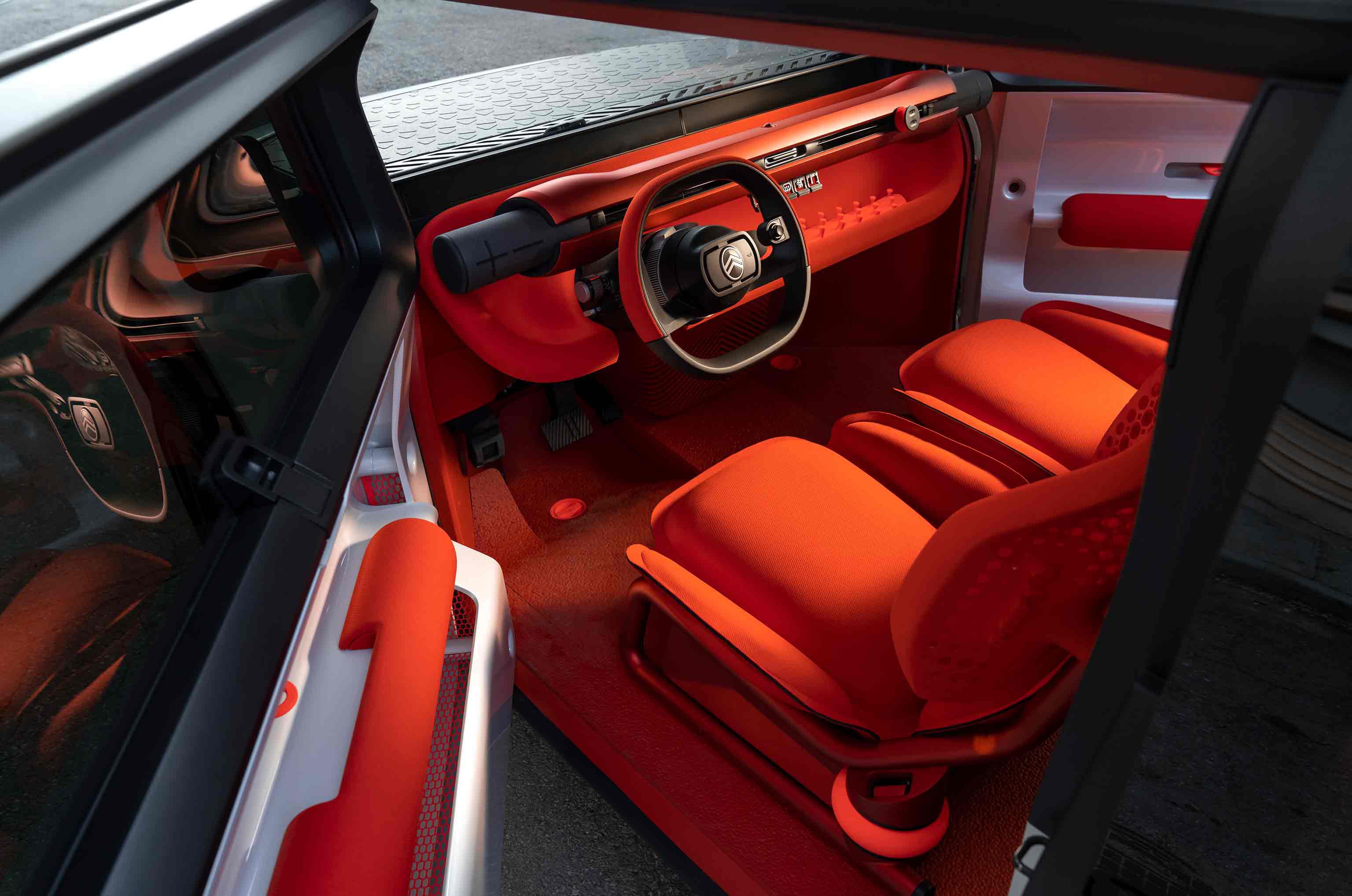 The Oli offers some handy features to help you live off grid, too, including solar panels that send electricity to the battery, from which it can be dispensed to other appliances later via an on-board domestic power socket. In fact, it can provide enough power to boil a household kettle for 12 hours before needing to recharge. That’s a lot of tea.

Adaptability is the aim of the game with the Oli. The load area can be extended by folding the rear seats down and the headrests up into the ceiling, with the rear glass section opening upwards. Elsewhere, the Oli’s body panels are made from recycled corrugated cardboard – making them cheap to replace – but they are also made to be stood on and have things lashed to them, much like a pick-up truck. The result is a body which is strong but light – the Oli’s doors, for example are 20% lighter than those in a conventional family car.

Buyers won’t have to worry about changing their tyres too often, because the Oli’s Goodyear-developed tyres are made to cover 310,000 miles during their lives – far more than conventional rubber.

Inside, your smartphone forms the Oli's infotainment screen and digital instrument cluster, you simply plug it into a USB socket and mount it on the dashboard. There’s also eco-friendly air conditoning, but precious little else in the way of technology or luxury. There’s no stereo, for example – instead, Bluetooth speakers can be ‘docked’ at either end of the dashboard to stream music from your phone. The Oli’s seats are made from recycled materials, while small spaces to securely store items can be accessed below the rear bench. 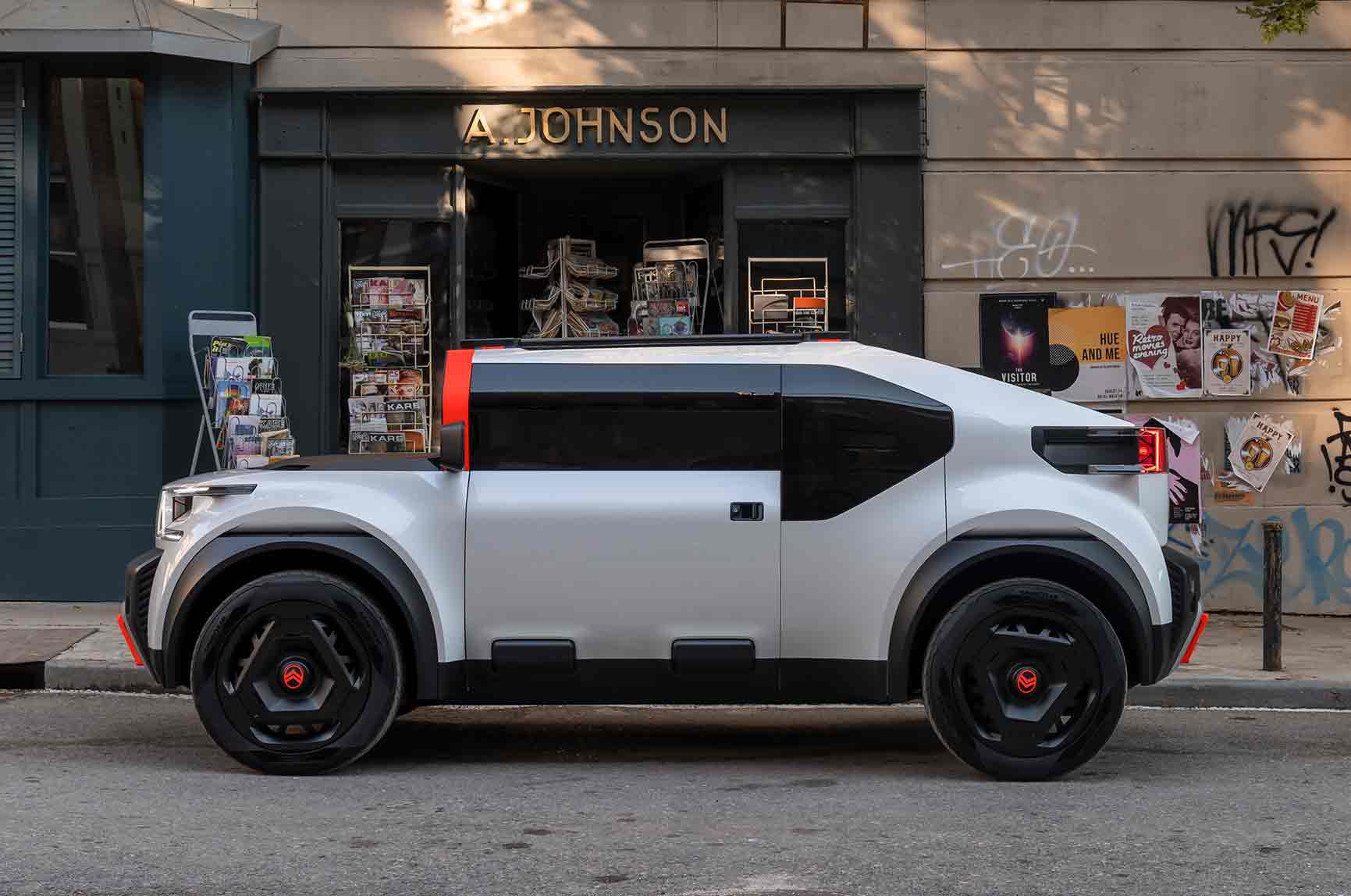 For now, the Oli is a concept showcasing how Citroën plans to evolve its cars in the future in terms of both styling and technology, but it’s also easy to see how this small electric SUV could appeal to hermits and hipsters alike if it were given the green light for production.