Facelifted Golf GTE is one of the most performance-focused plug-in hybrids on the market.

The year 2040 is some way off, but the Government’s planned ban on cars powered only by petrol or diesel is already causing quite a stir. Whatever the outcome, though, the electrification of cars is gathering pace, and the number on offer in the UK is growing fast.

The Hyundai Ioniq is the first car to be available with three different electrified powertrains: a regular petrol-electric hybrid, an electric vehicle (EV) and the plug-in hybrid (PHEV) we’re testing here.

The Plug-in is the last of the three Ioniqs to go on sale. It offers a competitive combination of a 26g/km CO2 output and the promise of a driving range of 31 miles on electric power alone.

Its challenger here is the Volkswagen Golf GTE, which makes similar claims and recently received a facelift along with the rest of the Golf range, giving it a revised look and an upgraded infotainment system. 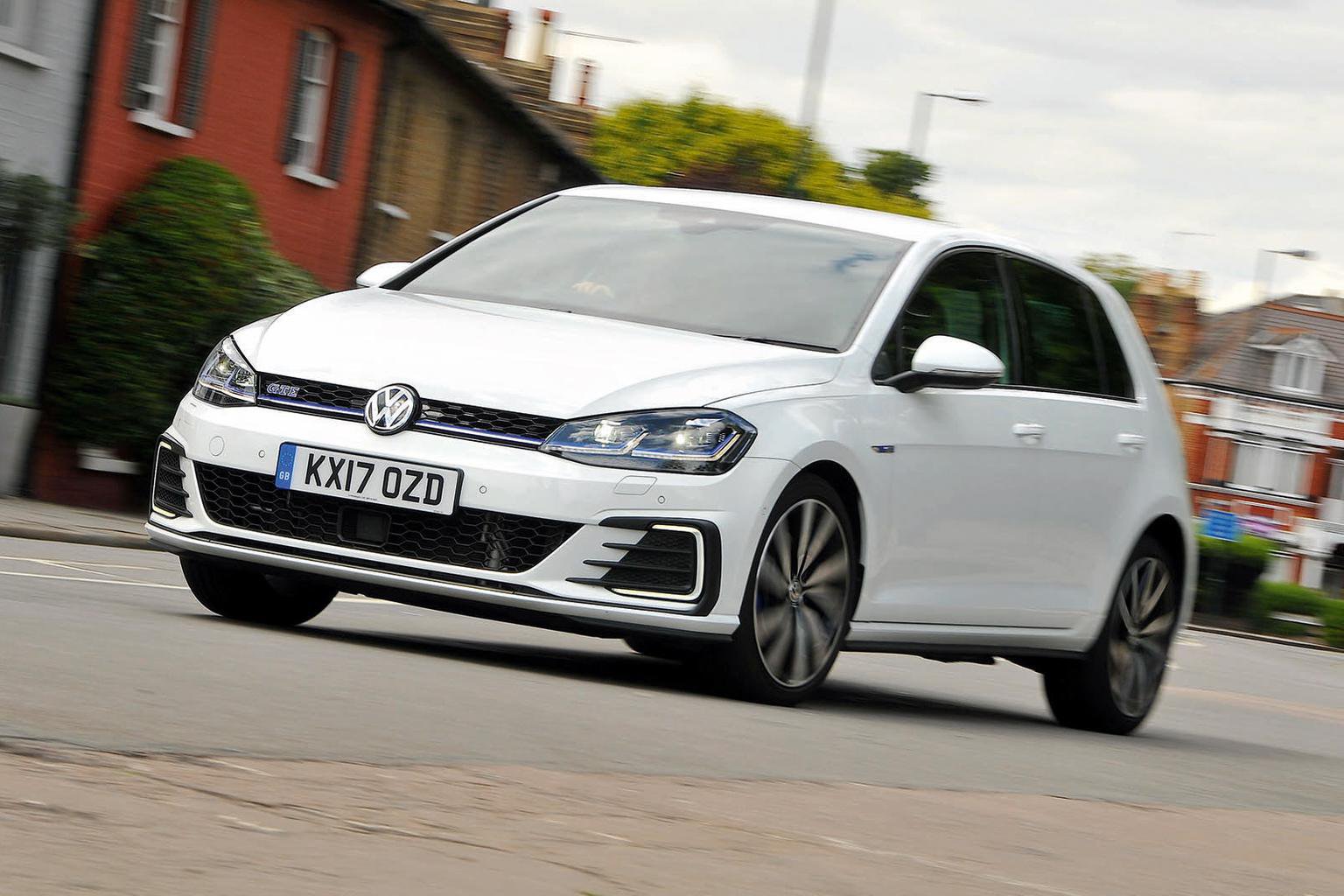 The Ioniq is more than 60bhp down on the Golf when their petrol engines and electric motors are running in unison. So, even though it’s the lighter car, the Ioniq is still 2.2sec slower in a sprint from 0-60mph, and that gap widens when flooring the throttle on the move to accelerate from 30-70mph.

Switching to EV driving mode in both cars turns off their petrol engines, leaving them to drive solely on battery power. Progress is punchy from a standstill and, as you’d imagine, near-silent. The Golf managed 15 miles in EV mode on our test route. Disappointingly, the Ioniq wasn’t able to climb anything other than gentle inclines without firing up its engine, so we weren’t able to complete our test route and get a comparable pure electric range. It’s also annoying that the Ioniq’s petrol engine makes more of a din than the Golf’s when you ask for a quick burst of acceleration. 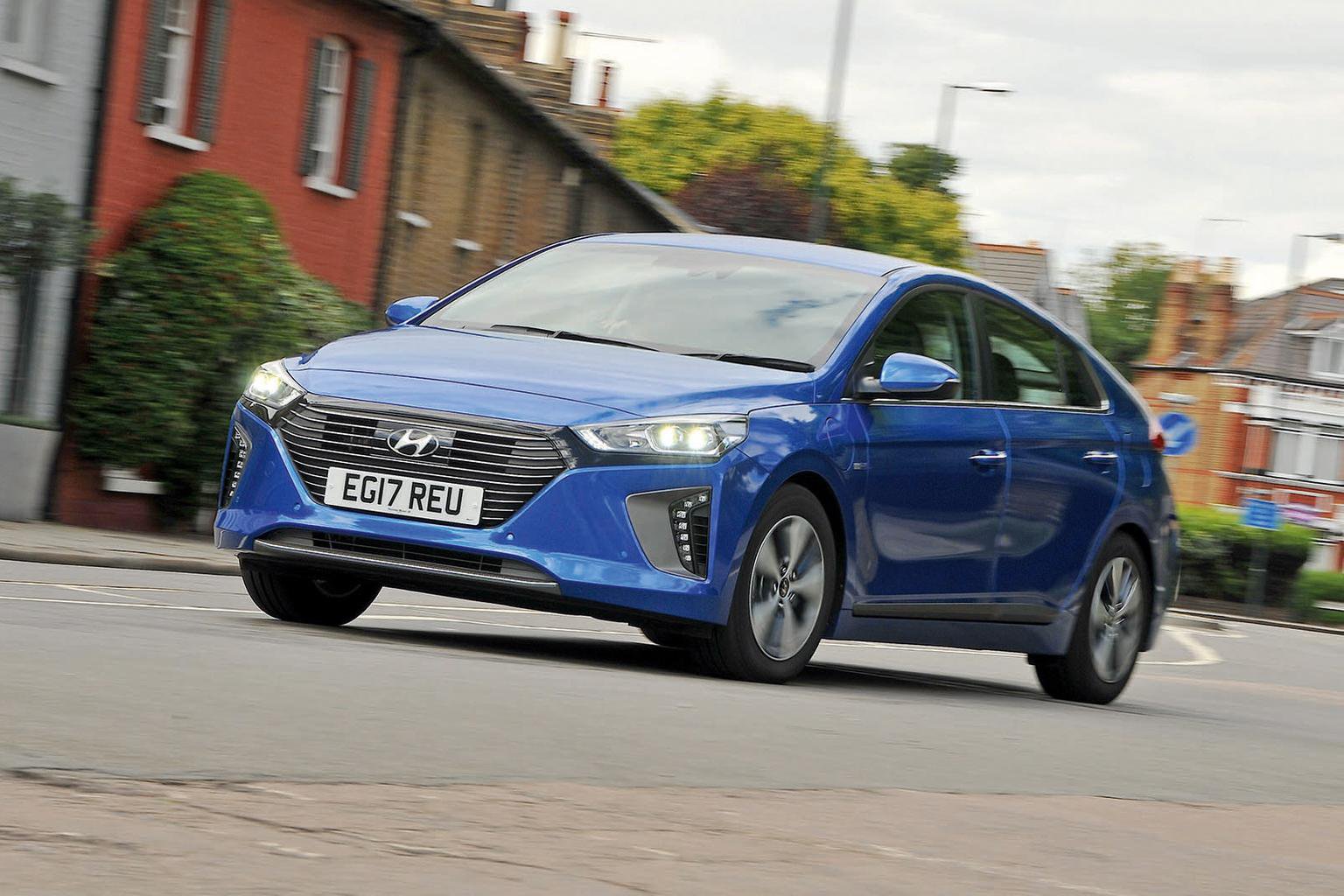 The Golf pairs its stronger performance with keener handling. Its steering is more naturally weighted than the Ioniq’s and has more feel, while the car itself also corners more precisely, with less body lean. Contrastingly, the Ioniq’s front tyres give up grip surprisingly early through tight twists and turns.

The Golf rides well, too; in town it smoothes broken roads well and sponges away potholes with minimal fuss. The Ioniq’s softer suspension makes for an even more relaxing waft over undulations on faster roads, but it struggles to stay composed over ruts and potholes at lower speeds. At least it doesn’t create as much road noise as the Golf on the motorway.