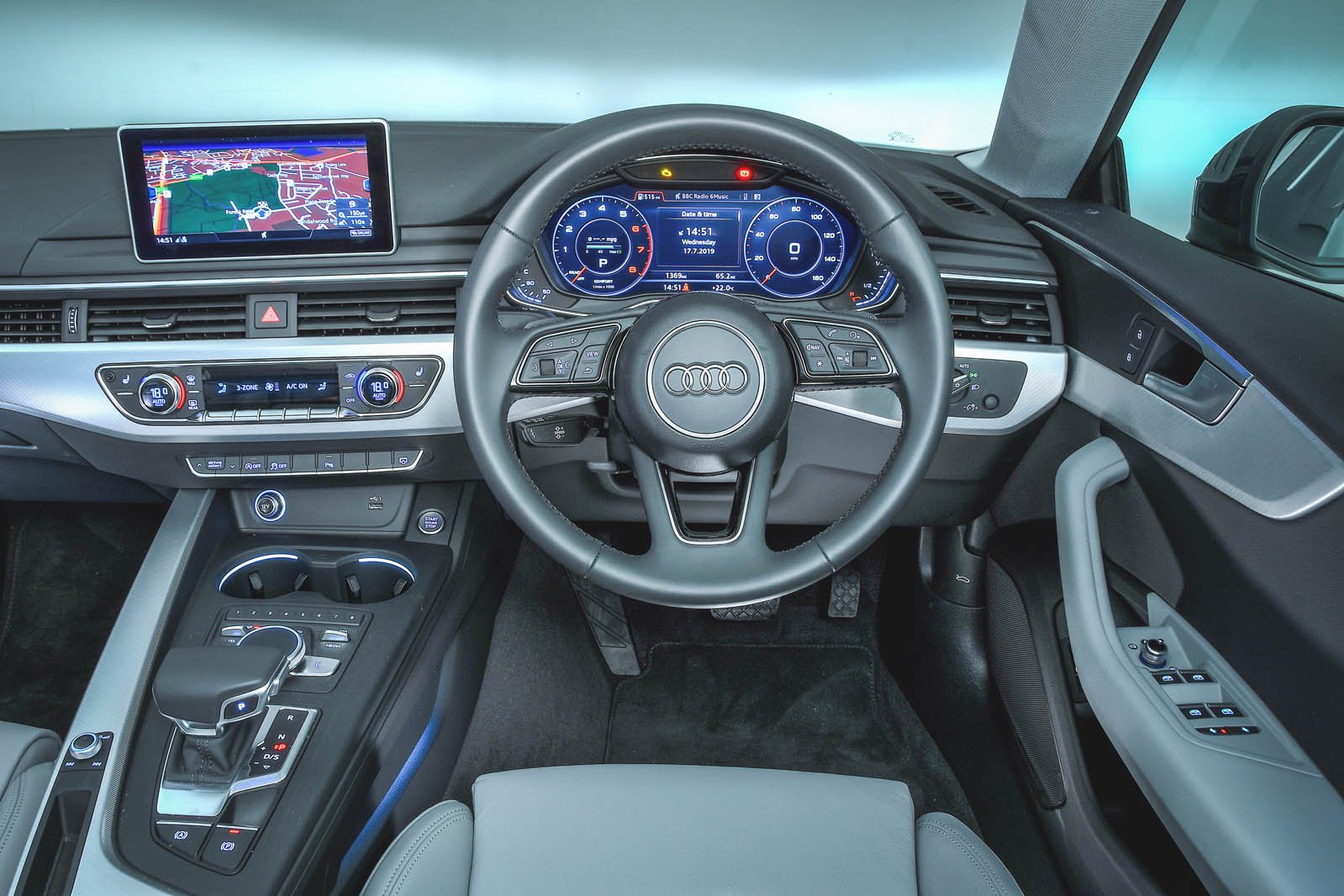 All of our contenders provide enough adjustment to fit most body shapes easily, with steering wheels that adjust for reach and rake to go with height-adjustable driver’s seats. The XE is the only one with a 12-way electric seat as standard and, like the A5, gets adjustable lumbar support as well. The CLA doesn’t, but even without it the seat is the best for comfort on a long journey, moulding to the contours of your back and cushioning your rump amiably.

The A5’s seat is flatter and less cosseting, but all of our testers agreed that the XE’s seat is the least agreeably shaped.

In every other respect, though, the driving position in the XE is top-drawer, with the pedals  perfectly in line with the wheel and seat for the most natural posture. The A5 impresses, too, apart from a noticeable bulge in the footwell that impedes your left leg. The CLA is also fine, but some testers found the need to set the wheel unnaturally high in order to see the top of the instrument dials.

Speaking of which, all three cars are available with sharply rendered digital instrument displays. You can use these to view sat-nav and media information, among other things at a glance. Only the CLA comes with these as standard, though (at least in tested Premium Pack form); digital dials will cost you an extra £500 on the XE and £1395 on the A5 as part of the Technology Pack. 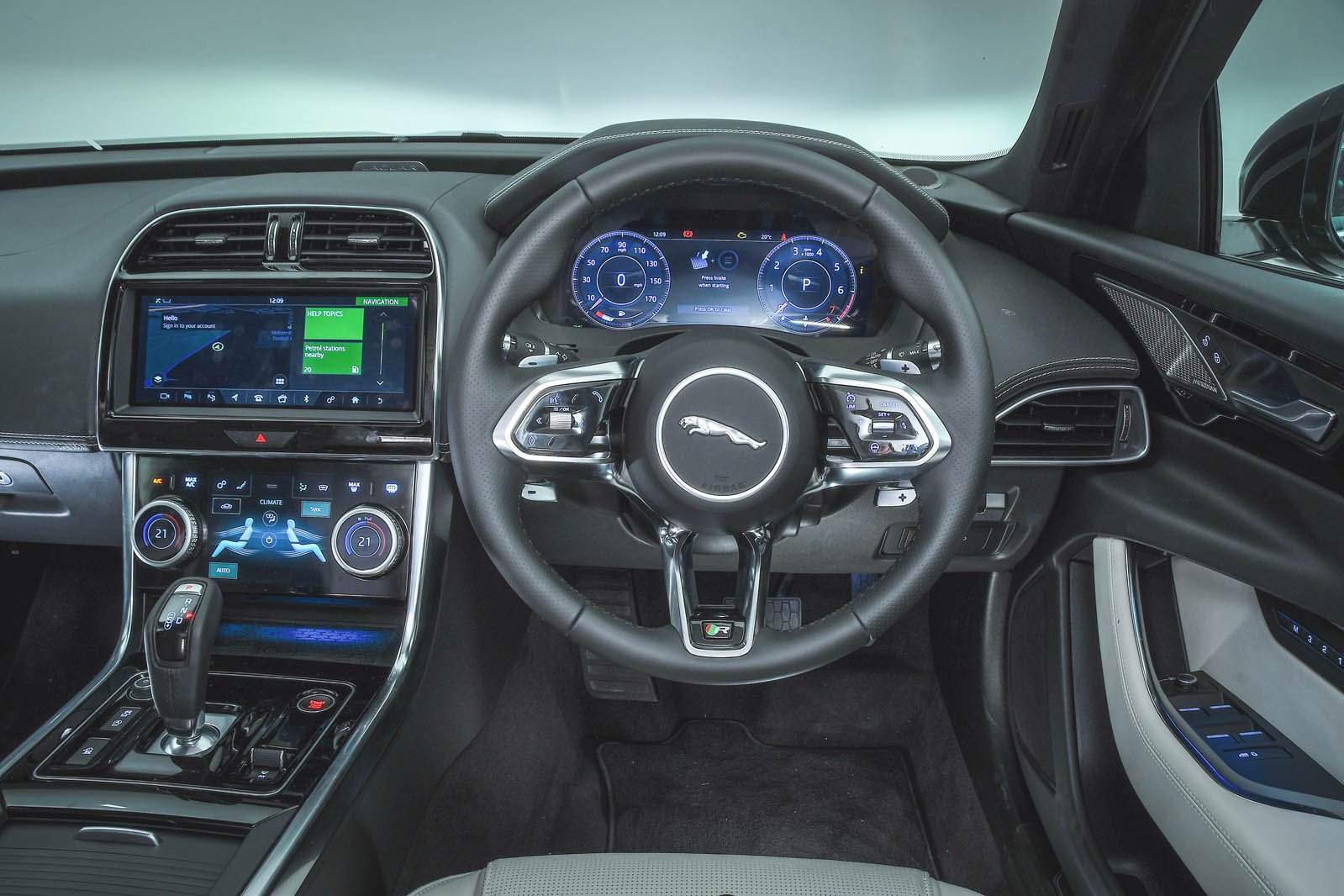 Our XE also had what Jaguar calls Touch Pro Duo (£400). This is essentially a multitasking 5.5in touchscreen below the main infotainment touchscreen with two additional rotary controls. It allows you to keep the upper display for one task – sat-nav, for example – while adjusting things like the temperature or media via the smaller screen below.

Both the CLA and XE have a full suite of visibility aids: front and rear parking sensors, a rear-view camera and LED headlights. They’re both a little tricky to see out of, though; the XE has the fattest windscreen pillars and CLA the most obscuring central pillar, being right next to your head if you have your seat positioned quite far back.

The A5 comes with the full complement of parking sensors but no rear-view camera and makes do with xenon headlights –relatively old-school, although they still perform well at night.

Which of our contenders is the most premium inside? Let’s begin by crediting Jaguar. When the XE first arrived in 2015, its interior was about as upmarket as supermarket jewellery. Since the refresh – which includes a classier steering wheel, lovely aluminium gearshift paddles and a general upswing in material quality – it’s a far nicer place to be. It seems pretty well built, too, even if some of the switches are still a bit flimsy. 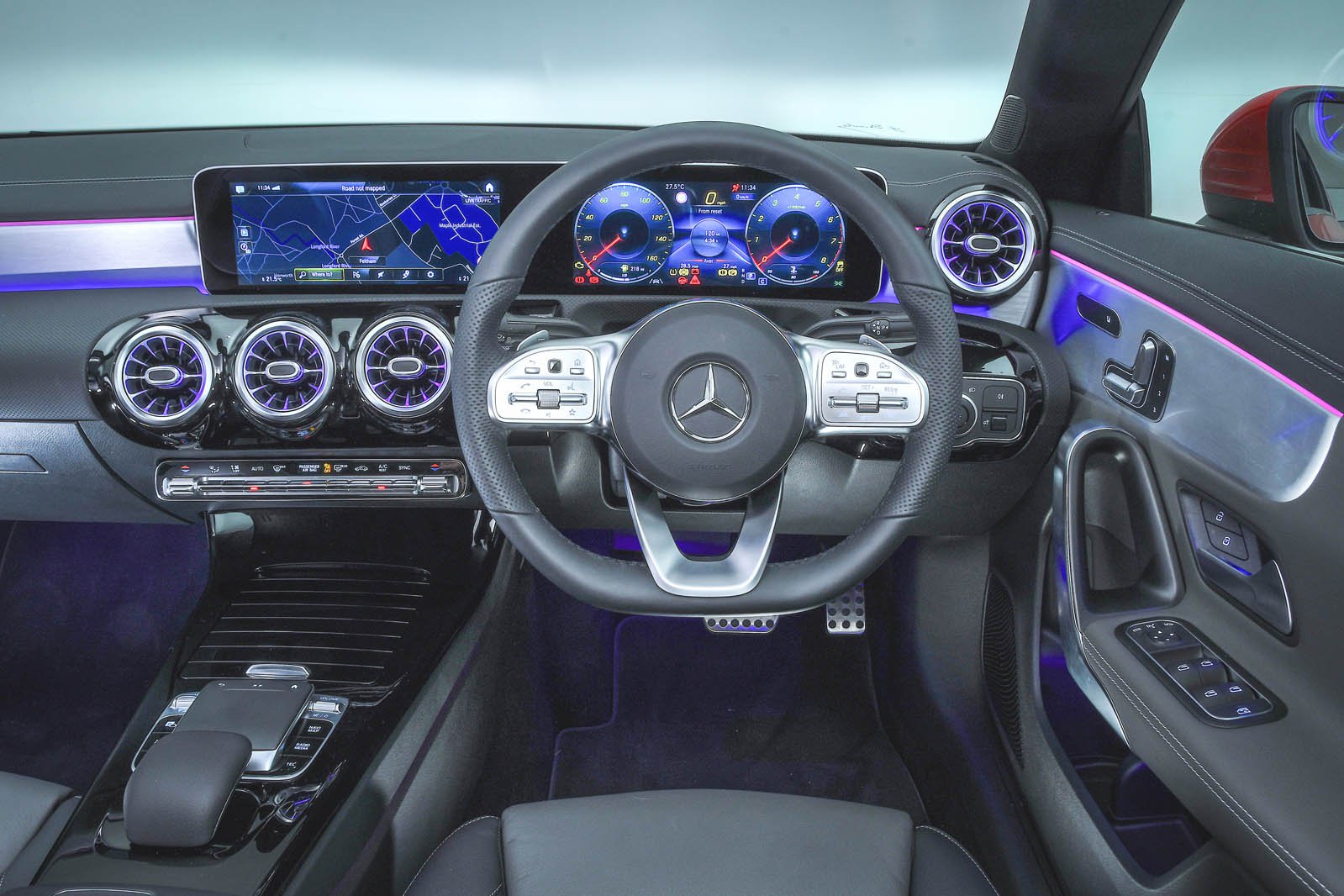 The CLA’s interior arguably looks the most captivating, especially in the dark, thanks to its palette of 64 ambient lighting colours. But beyond this veneer of class, the materials lower down aren’t as appealing as the XE’s, and some things aren’t as solid as they ought to be; press the climate controls too hard, for example, and you’ll see the whole panel deflecting.

If you think the A5 looks a bit staid, that’s your call. We can only report on the facts, which are that the action of its switches, finish of its surfaces and integrity of its construction are second to none.