The Audi Q7 and BMW X7 are among the elite of sumptuous seven-seat SUVs. Can the revamped Land Rover Discovery usurp their authority?...

Both the X7 and Discovery seat you far above the asphalt, giving you a commanding view of the road ahead. The Q7’s driving position also raises you above most other folk, but not quite to the same degree.

All get full electric seat adjustment with a vast array of movement, so getting comfortable is easy, although the Discovery’s seat is a little flat, especially compared with the Q7’s highly supportive one. The pedals are slightly offset to the right in the Q7 and X7, but this isn’t likely to cause any discomfort. 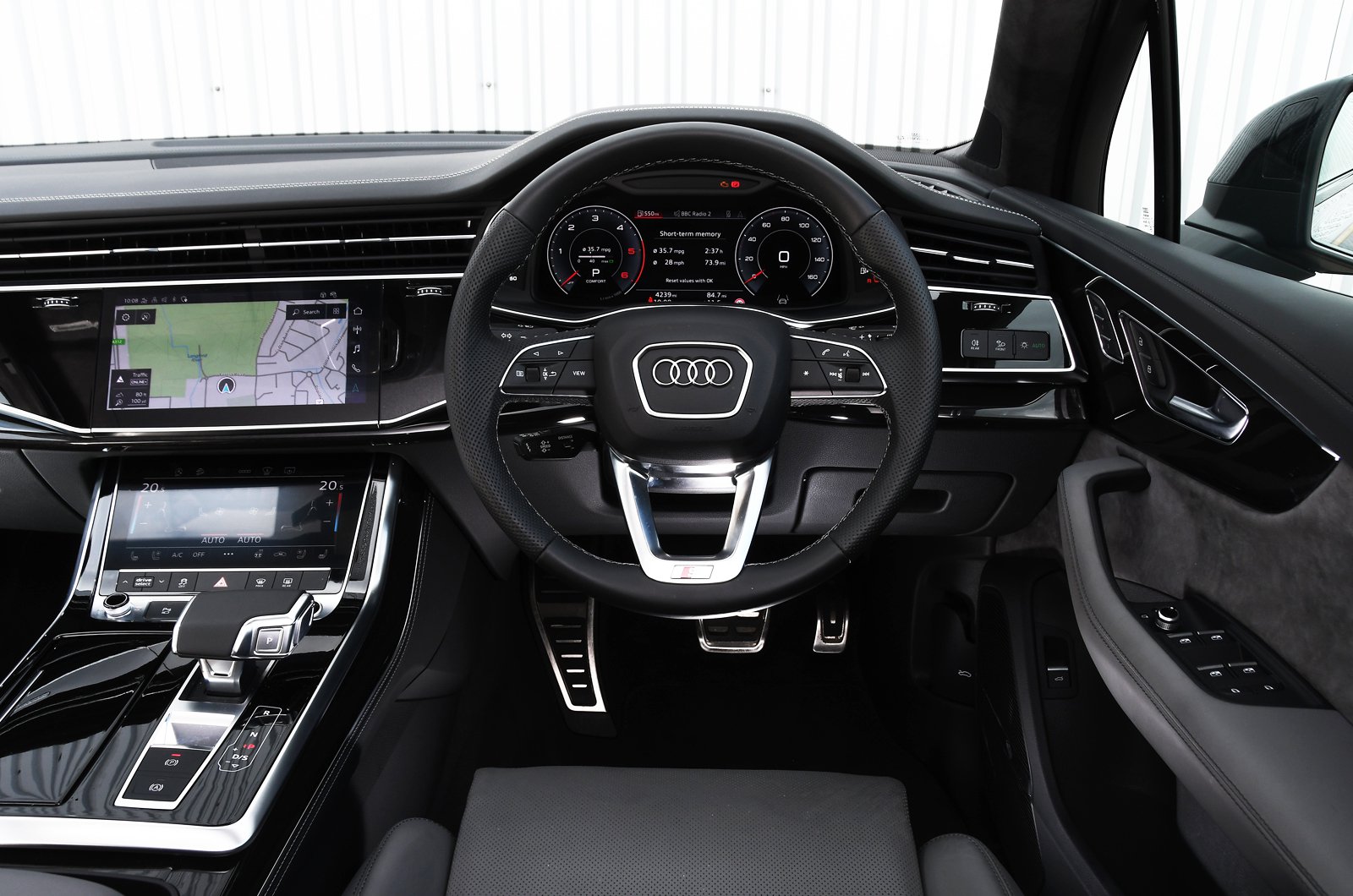 Our contenders all come with sharp digital instrument panels, with the Discovery’s now being virtually a match for the excellent Q7’s. Their entire displays can be reconfigured in a variety of ways, whereas the X7’s only lets you change what’s shown in a small area, plus it’s highly stylised and not all that easy to read at a glance.

Forward visibility is good in all three, although the high bonnets will make you glad front parking sensors are standard. Big windows are a help with rearward visibility, but our contenders all have chunky rear pillars and lots of metal hanging out behind their rear axles. Thankfully, in addition to rear parking sensors, you get a 360-degree camera in each case that makes parking in tight spaces less fraught. 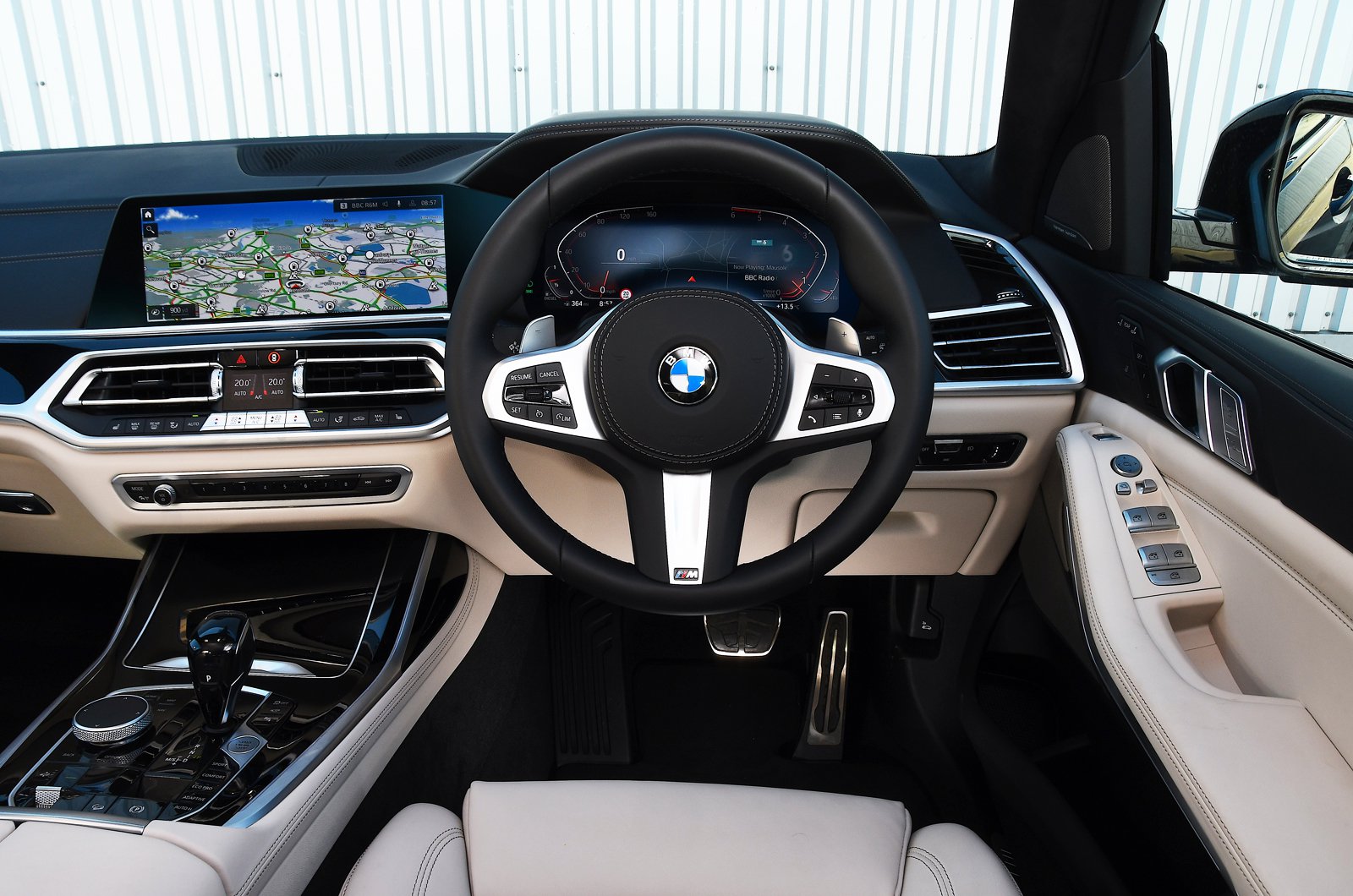 Which of our trio feels the most luxurious, though? By some margin, it’s the X7, thanks to lashings of leather on the seats, dashboard and doors, as well as high-quality plastics lower down and controls that work with delightful precision.

The Q7 isn’t quite as upmarket inside as the X7, but it’s still super-classy, with the Vorsprung getting a similar extended leather package. The Discovery, meanwhile, is well finished, but it doesn’t come with extended leather on the dashboard and has the cheapest-feeling plastics. 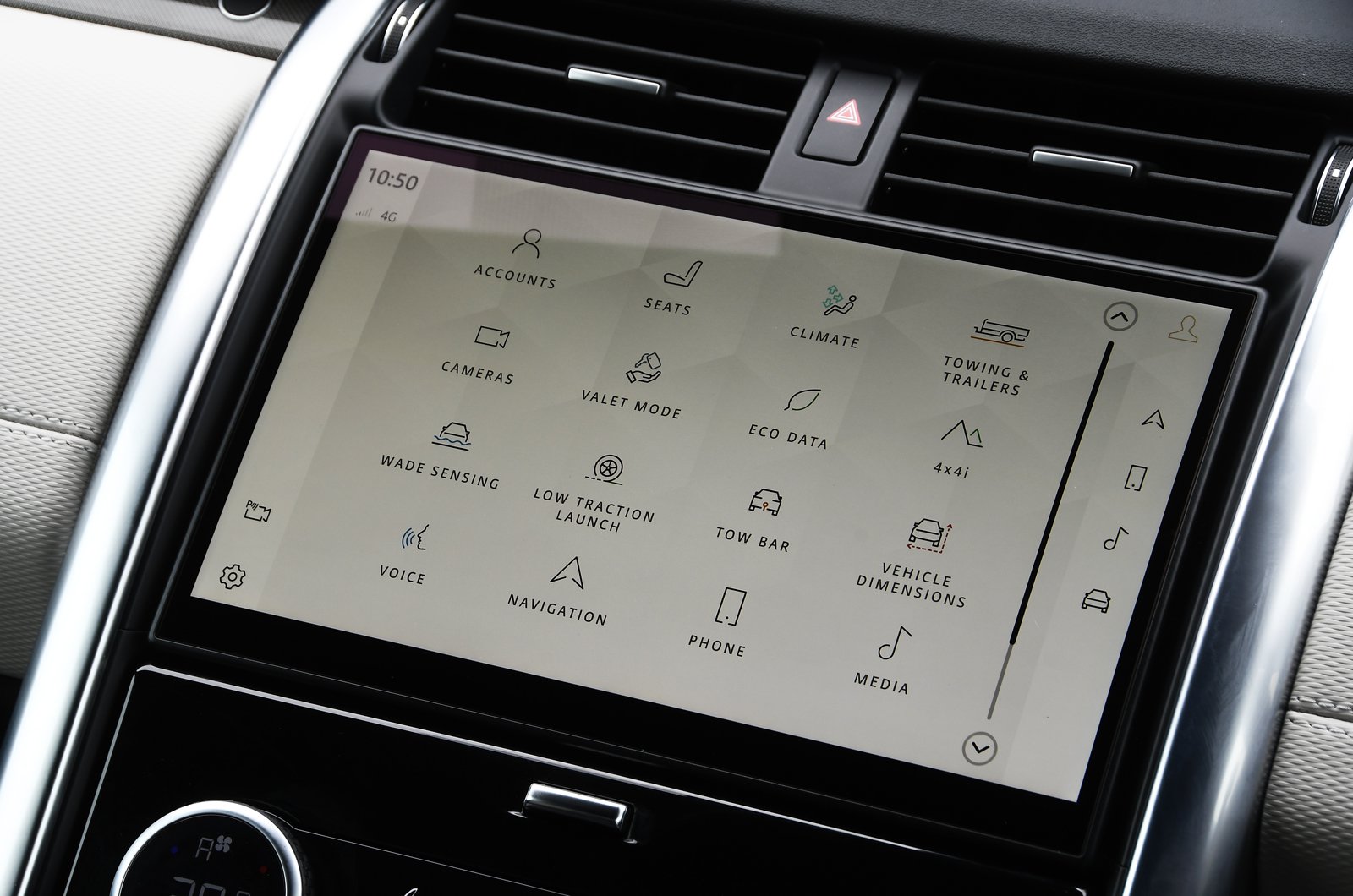 The facelifted Discovery has a large, 11.4in touchscreen with sat-nav and phone mirroring, and it’s a huge step on from the old system. It’s quick to respond to your commands, looks great and has logical menus and easily reached, handy shortcut icons. The screen is mounted usefully higher than the Q7’s, but it’s the only one to have wireless phone charging as an option (£300) rather than standard. 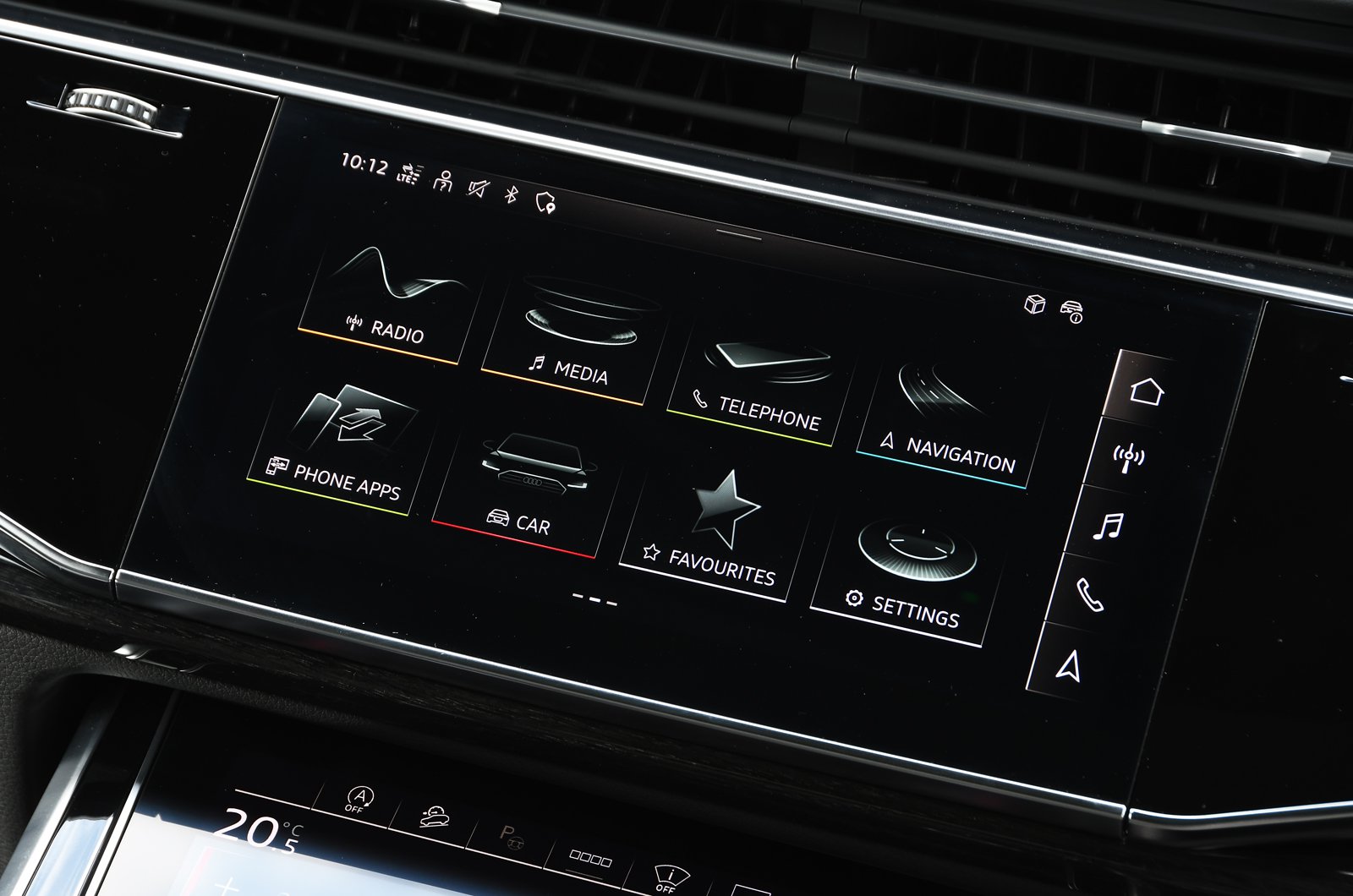 The Q7 has a feature-packed 10.1in touchscreen with sharp graphics, and it reacts promptly to inputs, but some of the icons are a bit small to hit accurately on the move. At least you can feel when you’ve selected something on the screen, thanks to haptic feedback. The system features sat-nav plus Apple CarPlay and Android Auto phone mirroring, and you get a great Bang & Olufsen stereo with a subwoofer and plenty of power. 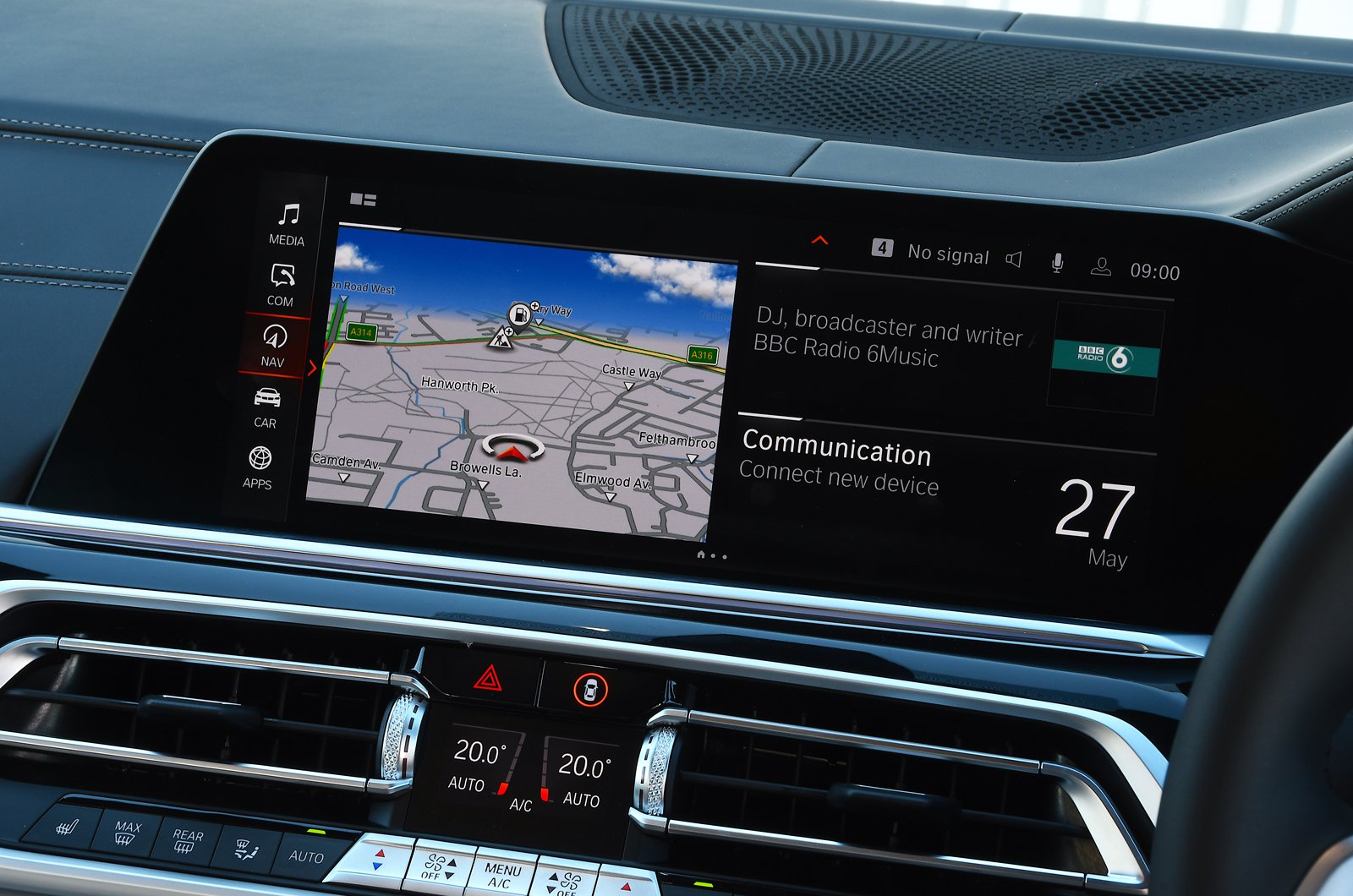 You can’t get any better than this. The high-mounted 12.3in screen is not only well positioned for easy viewing but is also clear and responsive to inputs. You can control it by touch or via a dial between the seats that makes for much easier and safer operation when you’re on the move. It also gets smartphone mirroring and nav, while an exceptionally powerful Bowers & Wilkins hi-fi upgrade is on the options list.