We know Lexus’s new NX is a big improvement on its predecessor, but can it beat one of the best plug-in hybrid SUVs around: the Audi Q5 50 TFSIe?...

It may not look a lot different from its predecessor, but this is an all-new model that promises big improvements across the board and is Lexus’s first plug-in hybrid

It’s been around the block a few times, but the Q5 has always impressed us with its strong performance, tidy handling and high-quality interior

Exactly 30 years ago, Lexus won its only model-specific award at our annual What Car? Car of the Year Awards ceremony. Sure, it has picked up a few general gongs since for the impressive security measures, reliability and low CO2 emissions of its largely hybrid line-up, but the LS 400 luxury limo – the Toyota-owned Japanese brand’s debut model, incidentally – remains the only ever Lexus class winner.

Could that be about to change? Well the new Lexus NX large SUV would seem to be Lexus’s best chance of challenging for class honours in recent memory. You see, while it doesn’t look drastically different from its predecessor, it is in fact entirely new. It’s also the company’s first plug-in hybrid model, with an official electric range of 42.2 miles in F Sport trim, as tested. 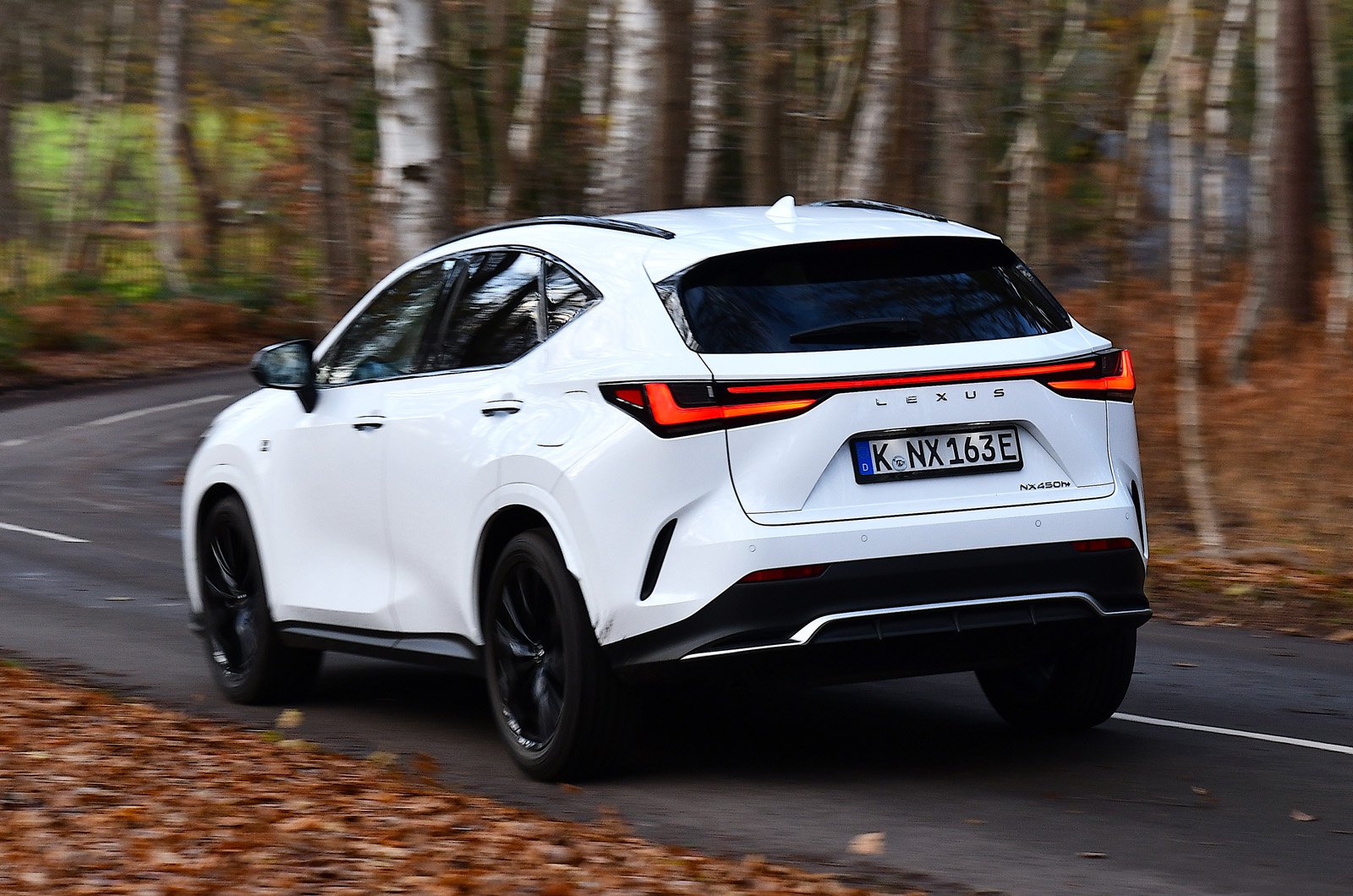 That’s something not even the excellent Audi Q5 50 TFSIe can match (its official range being 37 miles). However, the plug-in hybrid version of our long-time favourite premium large SUV has plenty of other strengths, including a bulletproof interior, fine driving manners and strong performance. So, is this another case of ‘close but no cigar’ for Lexus or a real changing of the guard?

There are some big tax advantages to choosing a plug-in hybrid, and we’ll come onto those later, but in order for one to really make sense for you, you’ll need to drive it on electric power as often as possible. Otherwise, you’re paying a lot of money for a petrol car with so-so fuel economy because of the heavy battery it needs to lug around. 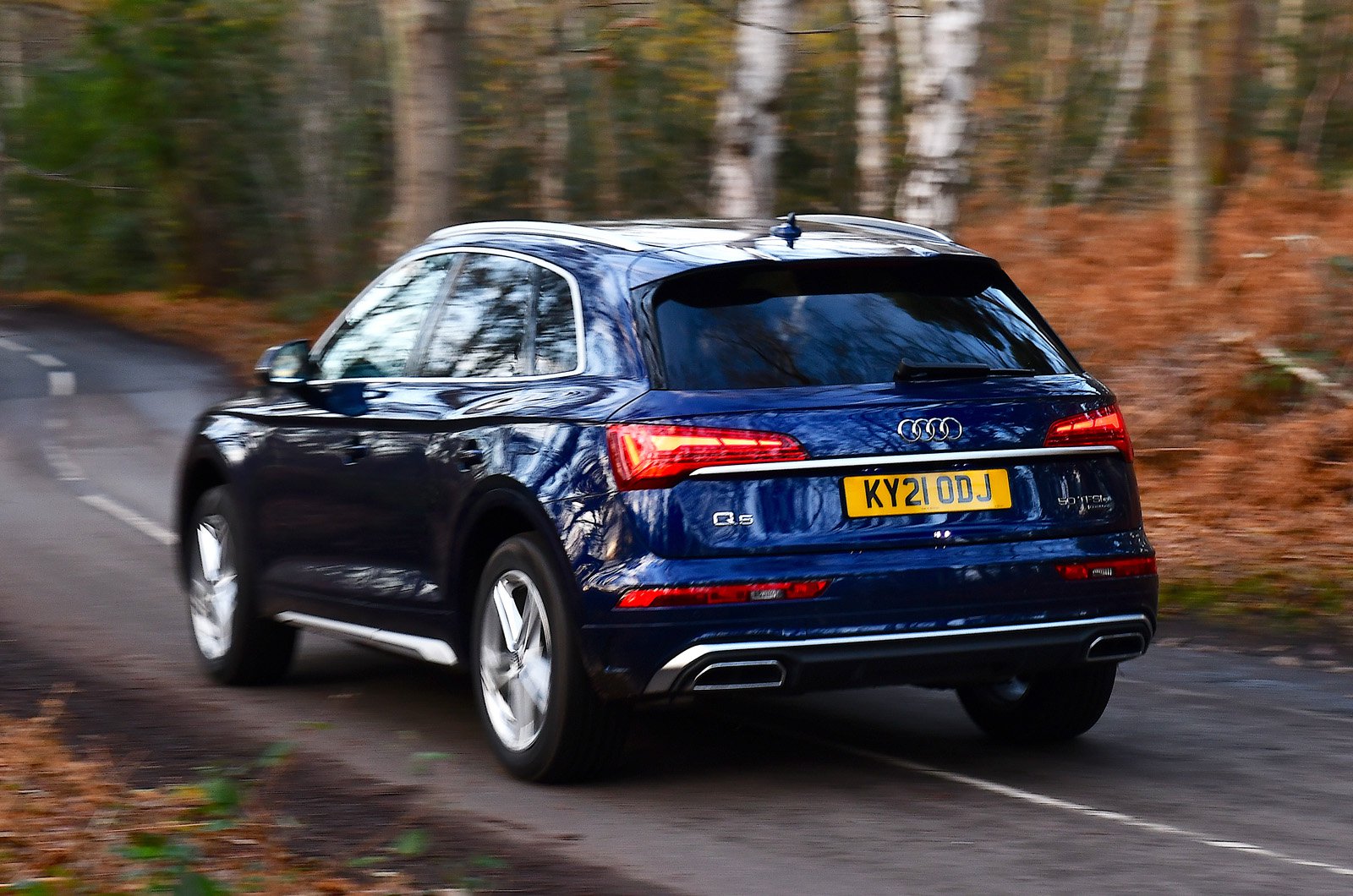 The NX’s official range advantage was echoed in our real-world test. On a simulated mix of motorway, country road and town driving, it covered 31 miles before calling on its petrol engine to help out, versus the Q5’s 25 miles. Yes, both cars were a way off matching their official figures, but that’s true of every plug-in hybrid we’ve ever tested, and it was extremely chilly (1-2deg C) on the day of our tests, something that isn’t good for battery performance. On a summer’s day, you can expect a few more miles from a full charge.

Unlike some plug-in hybrids, you don’t have to drive either of our contenders like a vicar to avoid inadvertently firing up the petrol engine. Indeed, both offer reasonably brisk acceleration when running on pure battery power and will happily climb a steep incline or cruise at motorway speeds. It’s only when you push the accelerator pedal all the way to the floor that the petrol engine is summoned into life. 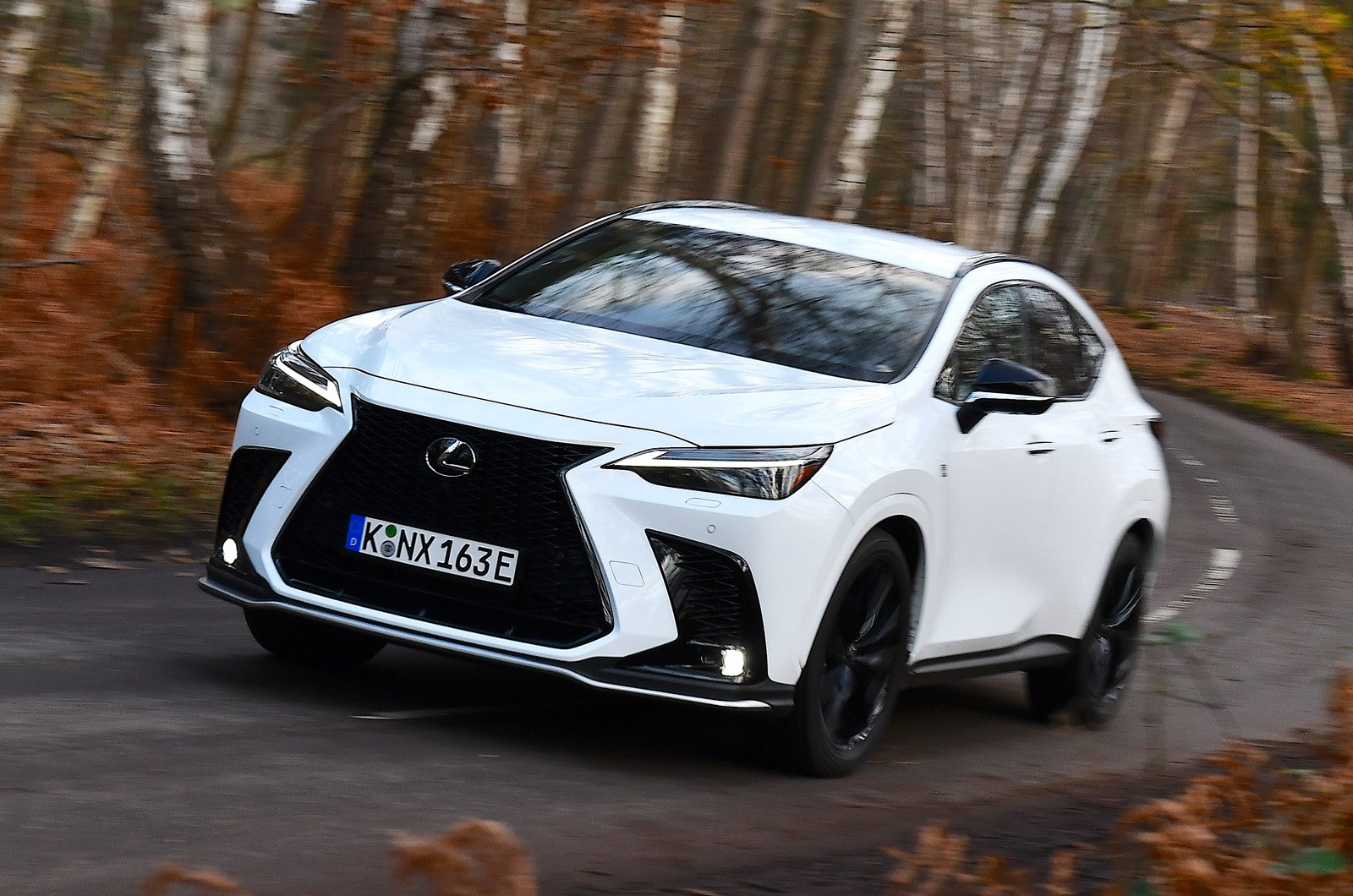 Do this and these SUVs suddenly transform from eco-warriors into performance SUVs. In our tests, the NX accelerated from 0-60mph in 6.3sec, while the Q5 was even quicker, taking 5.9sec. That makes it quicker than a Volkswagen Golf GTI. But after you’ve completed your overtake or motorway slip road sprint and ease off the accelerator, the petrol engine simply turns itself off again and you’re back to pure electric driving.

Assuming there’s enough charge left in the battery, this is. If there isn’t, the petrol engine hums away whenever you accelerate or cruise at a steady speed, switching off only when you’re slowing down. This is noticeable in both cars, but more so in the NX, because its engine sounds buzzier and sends a few more vibrations through the steering wheel.

That’s one of the reasons why the Q5 recorded slightly lower decibel readings at both 30mph and 70mph in our tests. The NX’s big wheels also generate a bit more road noise, although again the margins are small. 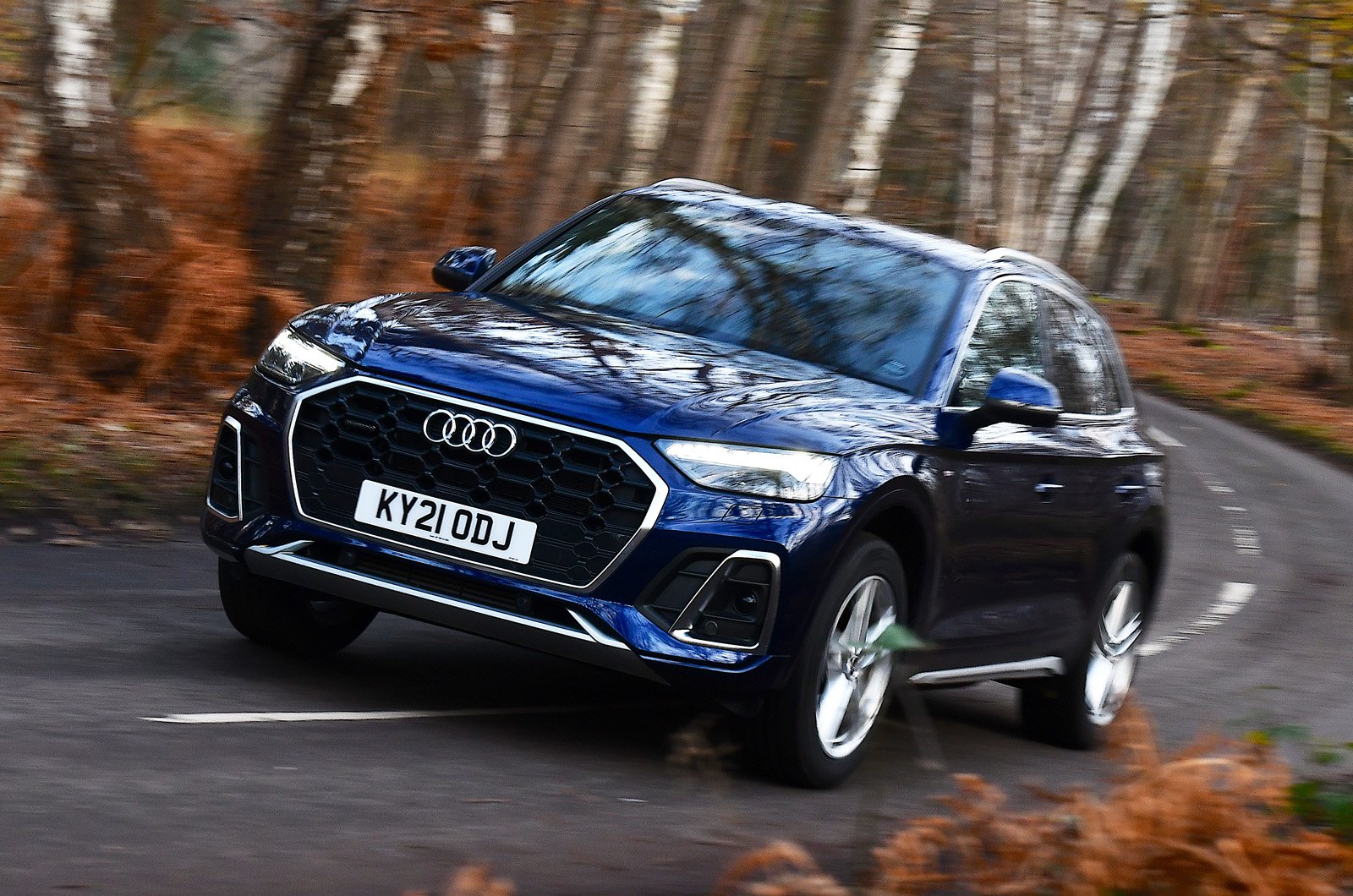 Some Q5s can be had with air suspension and offer class-leading ride comfort as a result. Sadly, this feature isn’t available on the plug-in hybrids (except in range-topping Vorsprung spec) and, combined with the extra weight of the battery, that makes the ride firmer and bouncier. It still just edges the NX for comfort, though; there isn’t much in it around town, but the NX jostles you around more at higher speeds.

The Q5 is more agile through bends, too; it turns in more eagerly and there’s less body sway when you change direction. It also has more precise steering, giving you the confidence to drive it harder along a typical stretch of country road. But the question is: do you really care? Neither of these plugin hybrids is exactly fun to drive, and the NX handles more than well enough – better than a Volvo XC60 Recharge T6, for example.