New Mercedes A-Class Saloon – everything you need to know

The Mercedes Concept A previews next year’s A-Class Saloon and the fourth-generation A-Class hatchback. Here's what to expect... 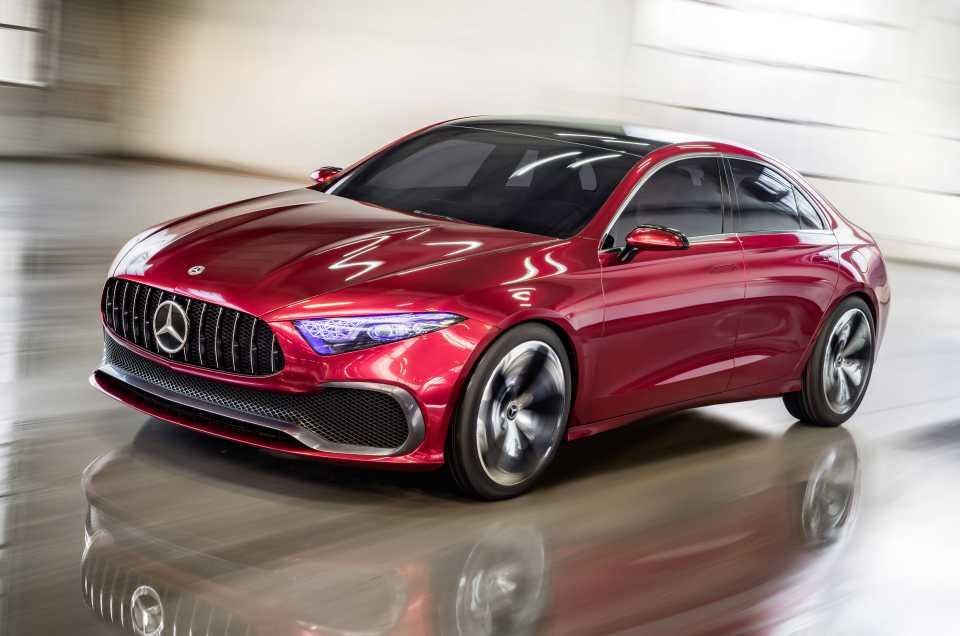 In the UK, small saloons are generally about as popular as traffic wardens, but they do sell well in China, making it easy to see why the Shanghai motor show was chosen for the unveil of this new Mercedes A-Class Saloon.

The sixth saloon to be added to the Mercedes range, it slots in towards the bottom, between the CLA and C-Class.

Will the finished Mercedes A-Class Saloon look like the show car?

Officially, the car on display in Shanghai is a concept. However, the production version, which will arrive in UK dealerships late next year, is unlikely to differ much. 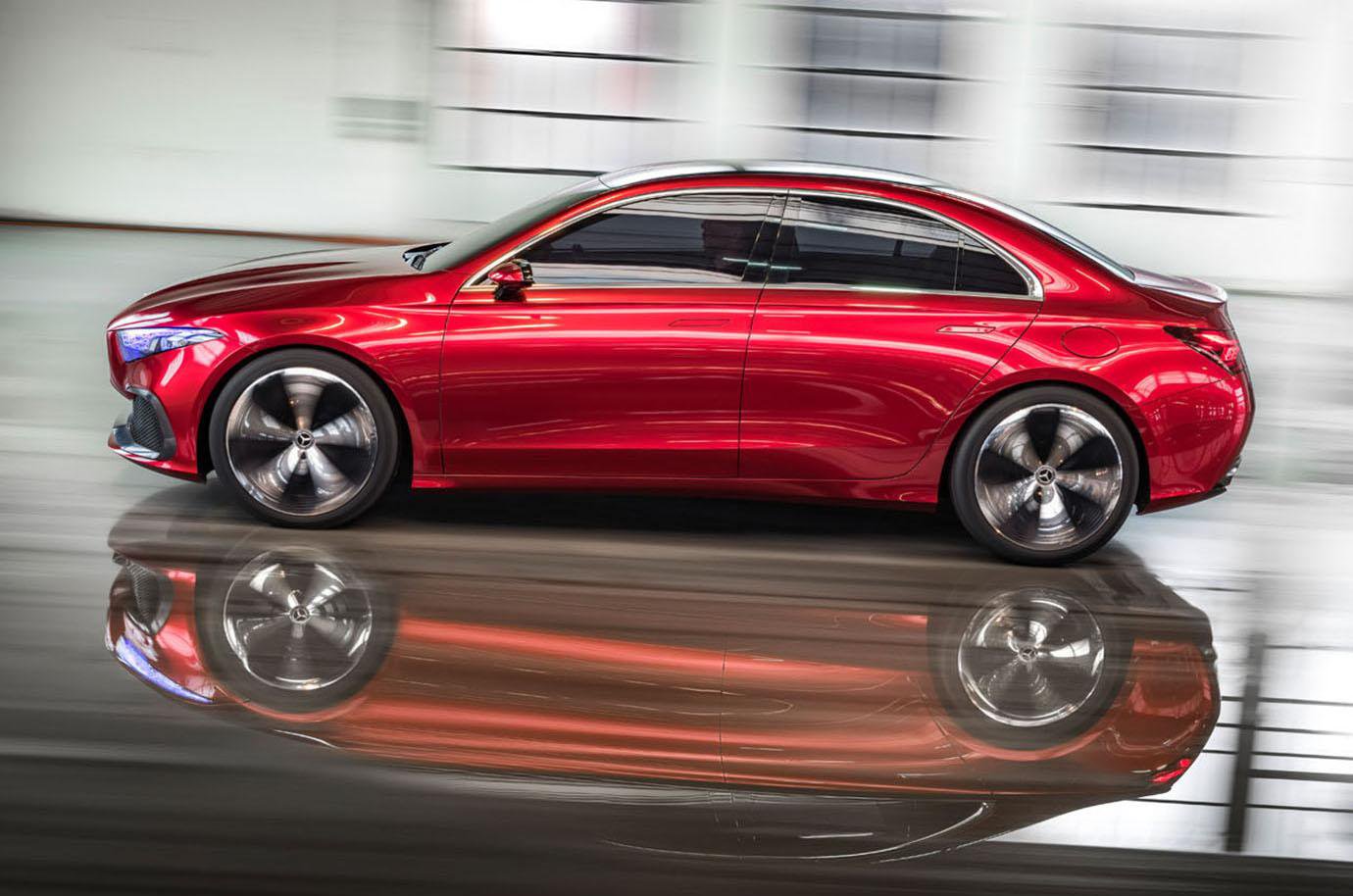 The front-end is particularly striking, taking its inspiration from the Mercedes-AMG GT sports car. But the concept also features door handles that sit flush with the body, and massive, 20in alloy wheels which are pushed out towards the corners of the car to give it a planted look.

If there’s a detail that’s just there to wow the motor show crowds, it’s probably the technology in the front and rear lights. They feature an unusual internal grid structure which is coated in UV paint and exposed to ultraviolet light so it can glow in different colours.

Where does this leave the Mercedes A-Class hatchback?

The A-Class show car (or Concept A, as Mercedes dubs it) doesn’t just give us an idea of what the new four-door model will look like, but also the next five-door hatchback, which is set to be revealed at the Frankfurt motor show in September.

The outgoing car has proved hugely popular, despite being disappointing to drive and cramped inside, with Mercedes citing the innovative assistance and connectivity systems as two of the reasons for its success. With this in mind, it seems logical that it will also be looking to set the standard in these areas with the new model. 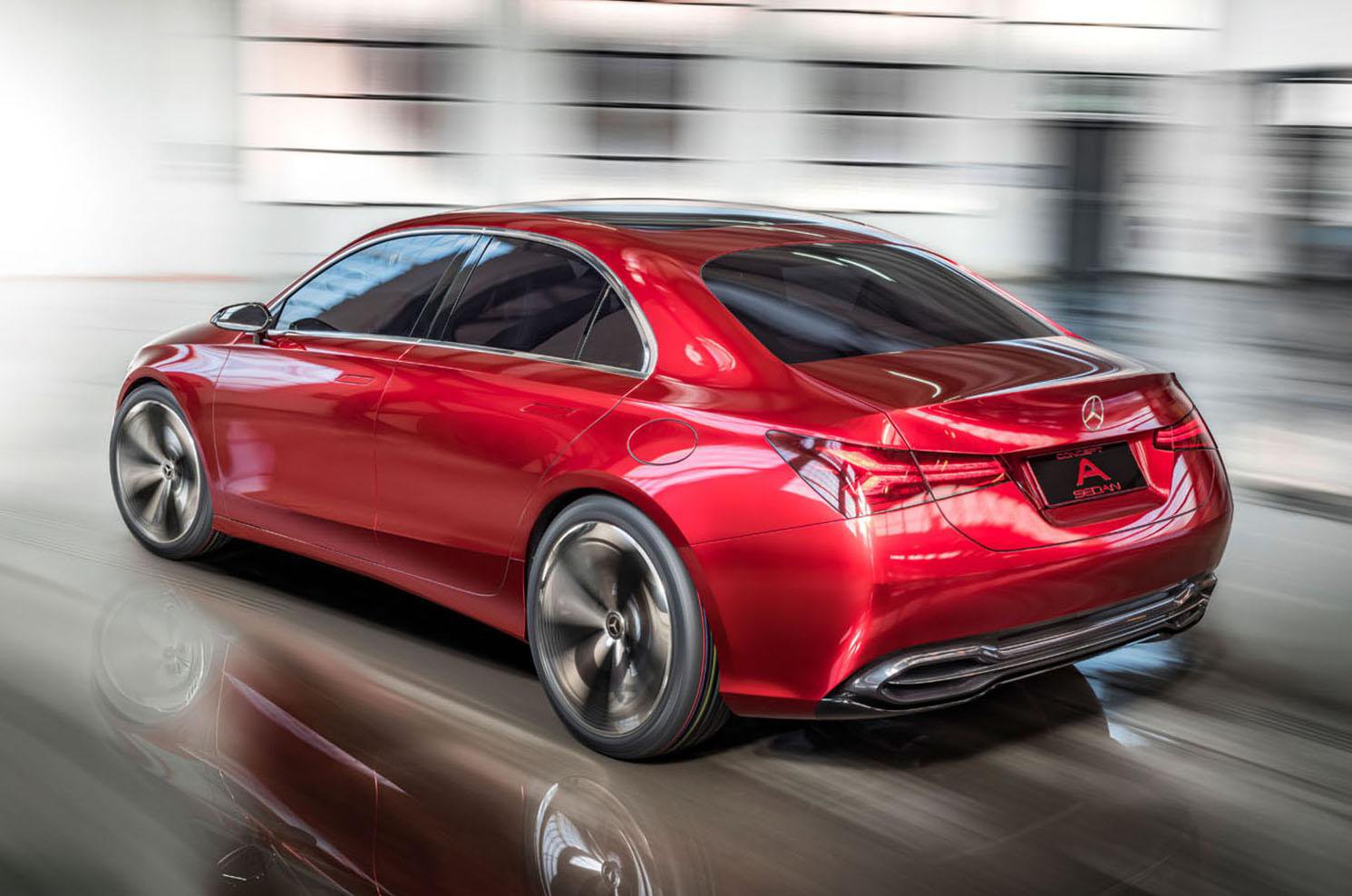 Unfortunately, the Shanghai show car has darkened windows, so gives no clues as to what the interior of the next A-Class will be like. But the boot opening now cuts through the middle of the rear lights instead of going around them, which should give it a wider, more practical entrance.

What engines will the new Mercedes A-Class Saloon be available with?

Both the saloon and the new hatchback are likely to use updated versions of the engines in today’s A-Class, meaning a wide range of efficient four-cylinder petrols and diesels, plus a range-topping A45 AMG model producing around 400bhp.

Prices for the new A-Class Saloon are still to be confirmed, but we’d expect it to be positioned close to the rival Audi A3 Saloon, meaning a sub-£30,000 starting point. Expect to pay around £45,000 for the A45.