The Eclipse Cross joins this competitive class with a keen price and plenty of equipment.

With more competition than ever, is this former overall Car of the Year winner past its best?

Our current class favourite at this price point is back to face its latest SUV opponents.

The cost of living is on the up, yet the average salary has stalled: it’s all doom and gloom for families. Well, apart from when it comes to car buying, where they’ve never had it so good. What was once a dreary decision between rows of conventional hatchbacks has expanded to include a myriad of exciting, high-riding SUVs.

Mitsubishi has just made the list of options even longer by launching its Eclipse Cross. It comes with a 1.5-litre turbocharged petrol engine, and we’re testing it in two-wheel-drive, ‘4’ form with a manual gearbox.

In its way is a car with some serious pedigree: the Nissan Qashqai. It pretty much started the SUV craze and was once our overall Car of the Year. In range-topping Tekna+ trim and fitted with a punchy 1.6-litre turbo petrol engine, it’ll be tough to beat.

Completing our trio is the impressive Skoda Karoq, our current class favourite for less than £30,000, even if its 1.5-litre turbo engine doesn’t quite have the punch of its rivals’. 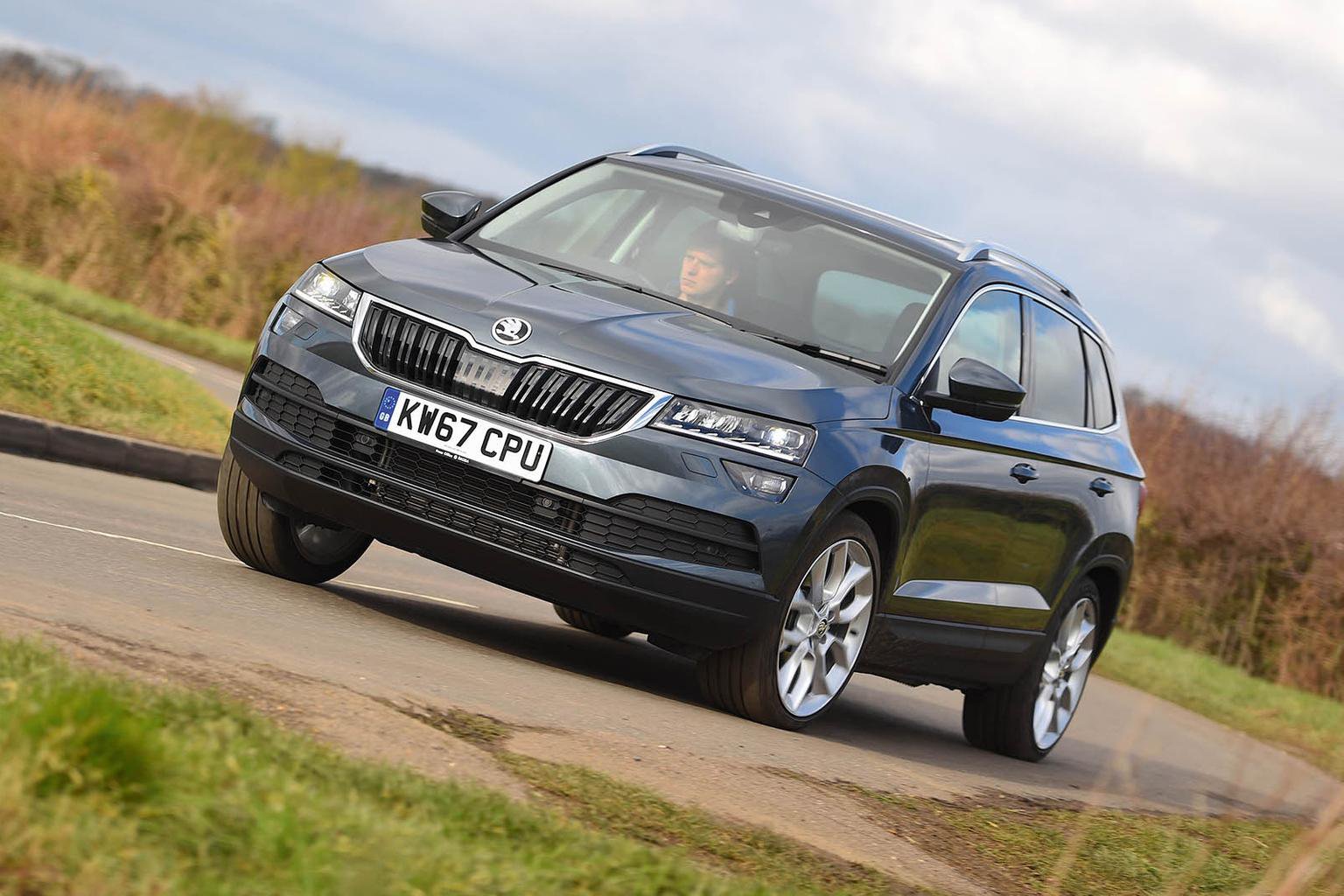 Although the Eclipse Cross’s engine is slightly smaller than the Qashqai’s, both produce 161bhp, and it’s actually the Eclipse Cross that sprints to 60mph almost half a second quicker. However, despite having slightly less torque, the Qashqai’s shorter gearing helps it build speed more swiftly from low revs in the higher gears.

With the least power here, the Karoq is the slowest of the three in a sprint. But because it produces as much torque as the Eclipse Cross from even lower revs, it requires the fewest gear-changes to keep up with traffic.

Pulling away in the Eclipse Cross is an immensely frustrating experience. The clutch is numb and the accelerator pedal overly sensitive, so there’s a knife edge between stalling and wheel-spinning off down the road. Driving smoothly at low speeds is easier in the Qashqai but most instinctive in the Karoq.

The Eclipse Cross has the notchiest gearchange, too, although the Karoq’s shift is a bit stiff; the Qashqai’s has a longer throw but is more effortless and just as precise. 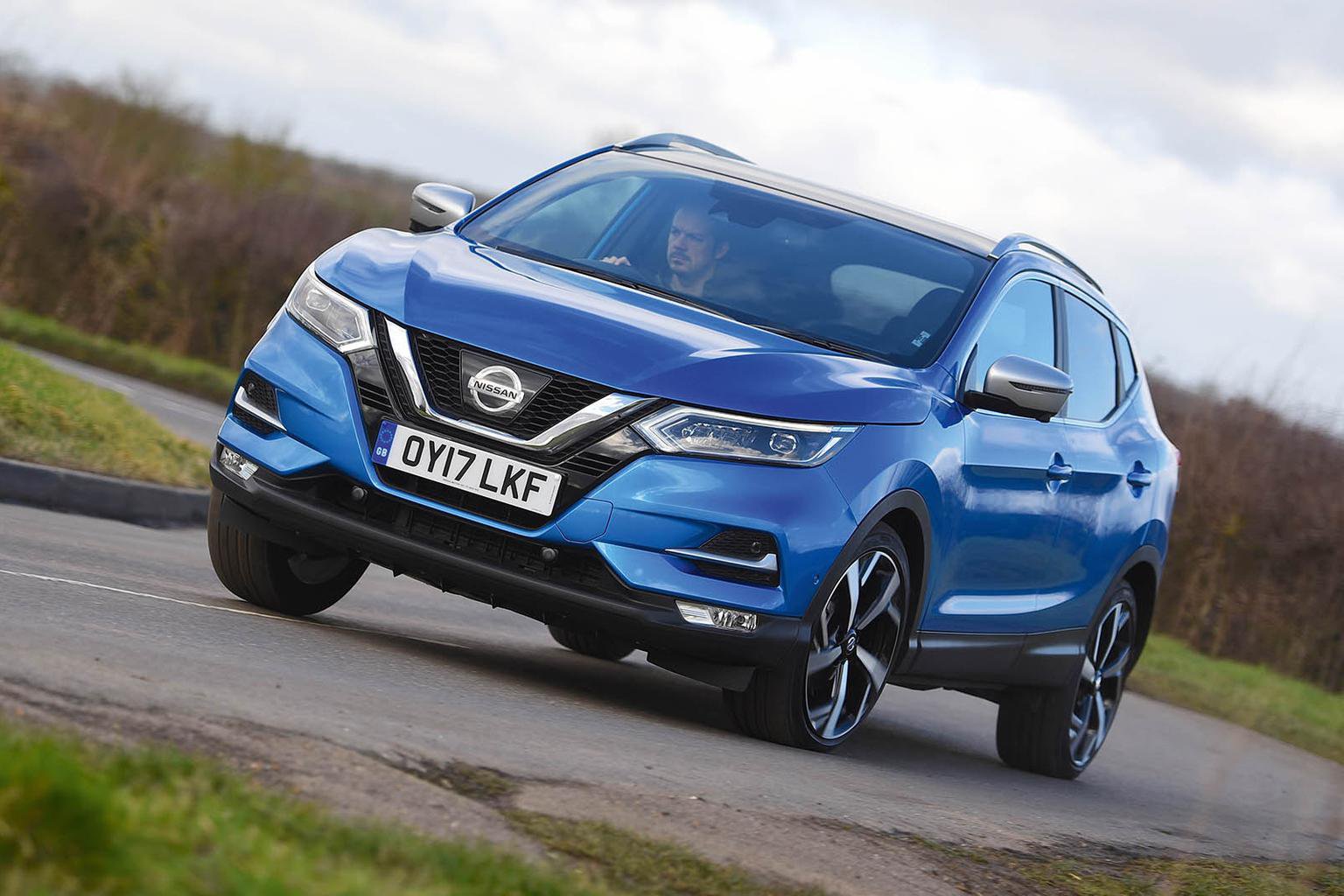 The Karoq is the stand-out car in terms of handling and is easily the most agile of the three. This is helped by quick, precise steering, good grip and tidy body control through corners. Meanwhile, the Qashqai sways about more and behaves more like a traditional SUV along winding roads. Its steering isn’t as accurate, either.

Even so, the Qashqai is more agile than the Eclipse Cross, which neither steers with precision nor allows you to corner with any confidence at speed. In fact, the handling is downright unpredictable on wet roads.

The Eclipse Cross continues to disappoint with its low-speed ride quality, which is among the worst in the class: just about every ripple in the road manages to cause its body to shimmy. That said, things improve markedly on the motorway, where the Tekna+ Qashqai becomes annoyingly unsettled at higher speeds on its standard 19in wheels. This range-topping Karoq also rides on 19in wheels as standard, so it’s firmer than we’d like at low speeds, but it’s still the least fractious. 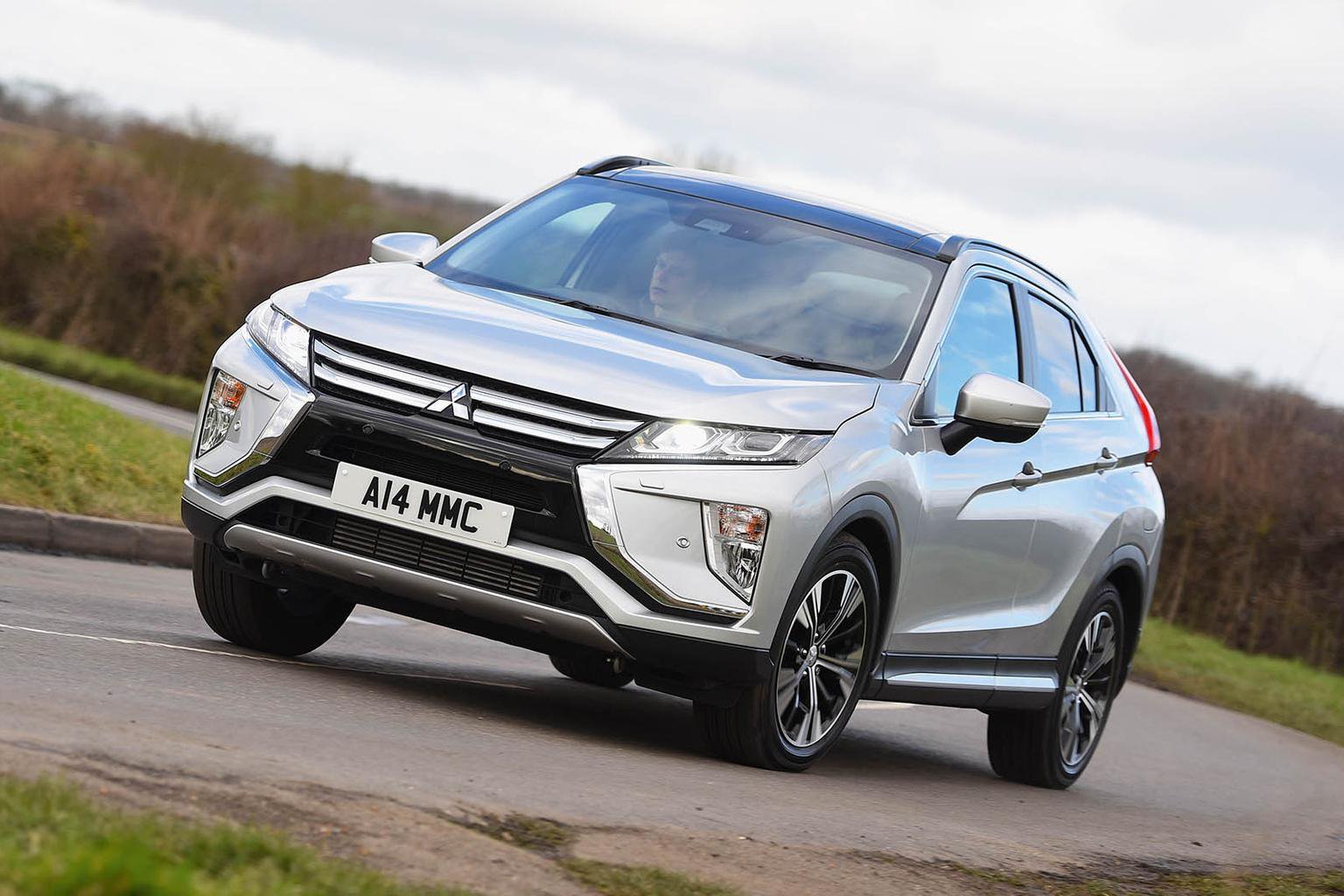 It may be uncomfortable in town, but the Eclipse Cross suffers the least suspension and tyre noise at low speeds, meaning it’s the quietest. Head out on the motorway and the Eclipse Cross and Karoq are closely matched, but the Qashqai’s increased road noise makes it the loudest at speed.