The e-Niro’s range remains one of the best electric cars around in 64kWh Long Range form, and now this version is available in a more affordable trim

*Not including £2500 government grant 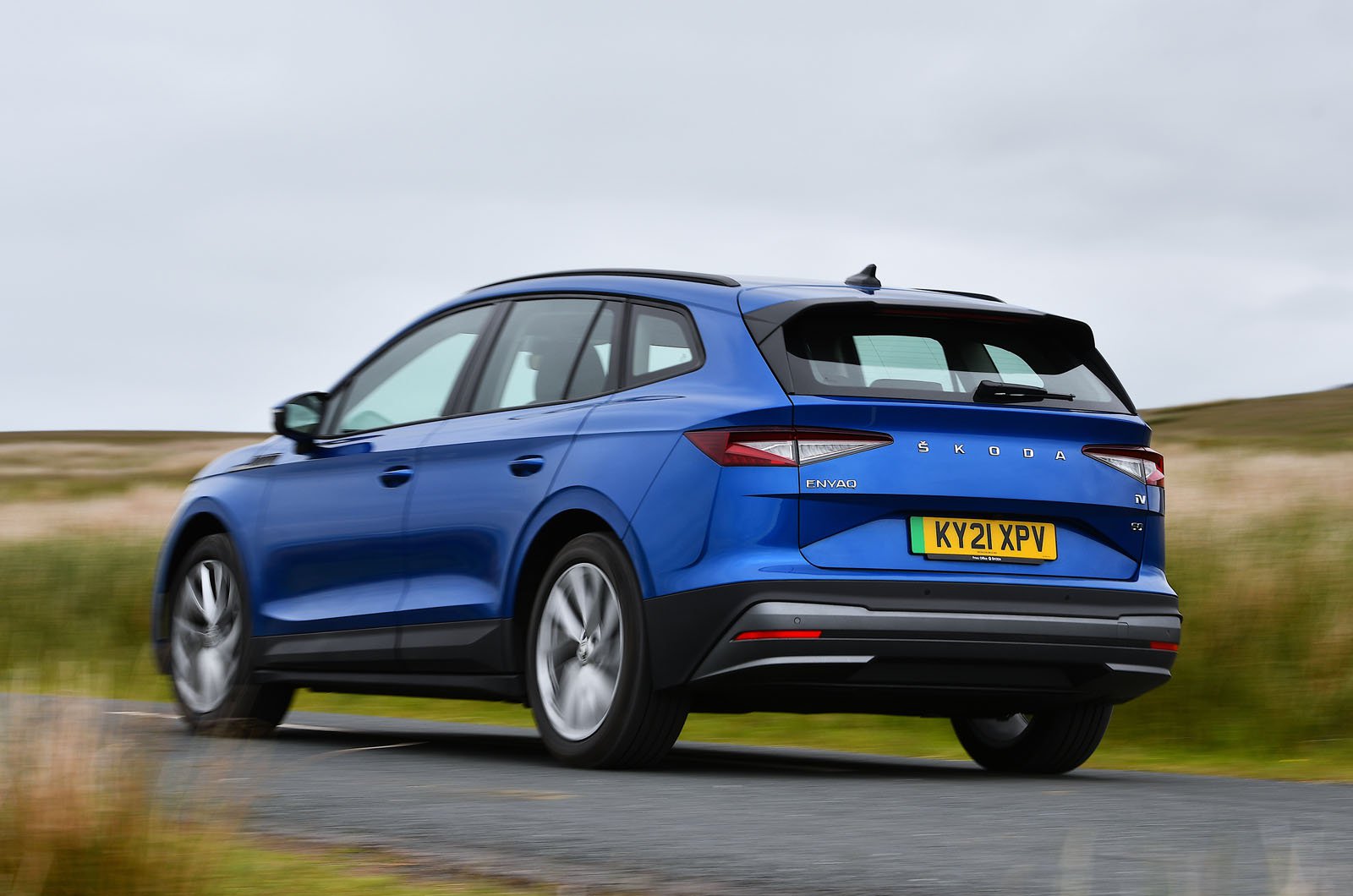 We’re en route from Inverness to London – a journey of around 600 miles. Sitting beneath the imposing arches are two electric SUVs, and our objective is two-fold: comparing the new Skoda Enyaq iV with the latest version of the Kia e-Niro – our 2019 overall Car of the Year – and testing the public charging network that’s the oxygen needed to sustain them.

We already know that the e-Niro 64kWh Long Range has a very good battery range, but now you can order it in conjunction with the cheapest 2 trim (previously available solely with the smaller, 39kWh battery). This version has been introduced specifically to qualify for the recently reduced government electric car grant. To receive the £2500 incentive, any new electric car needs to have a list price of less than £35,000.

The Enyaq also squeaks under that limit if you opt for the 60 model’s smaller battery, which actually stores 58kWh of usable energy. The ‘60’ is essentially the trim level that defines what equipment your Enyaq comes with, but you can also choose from a range of styling packs that bring different interior finishes, including wool seat trim or sustainably sourced leather. Our test car has the Suite interior, with black leather and contrasting Cognac piping. 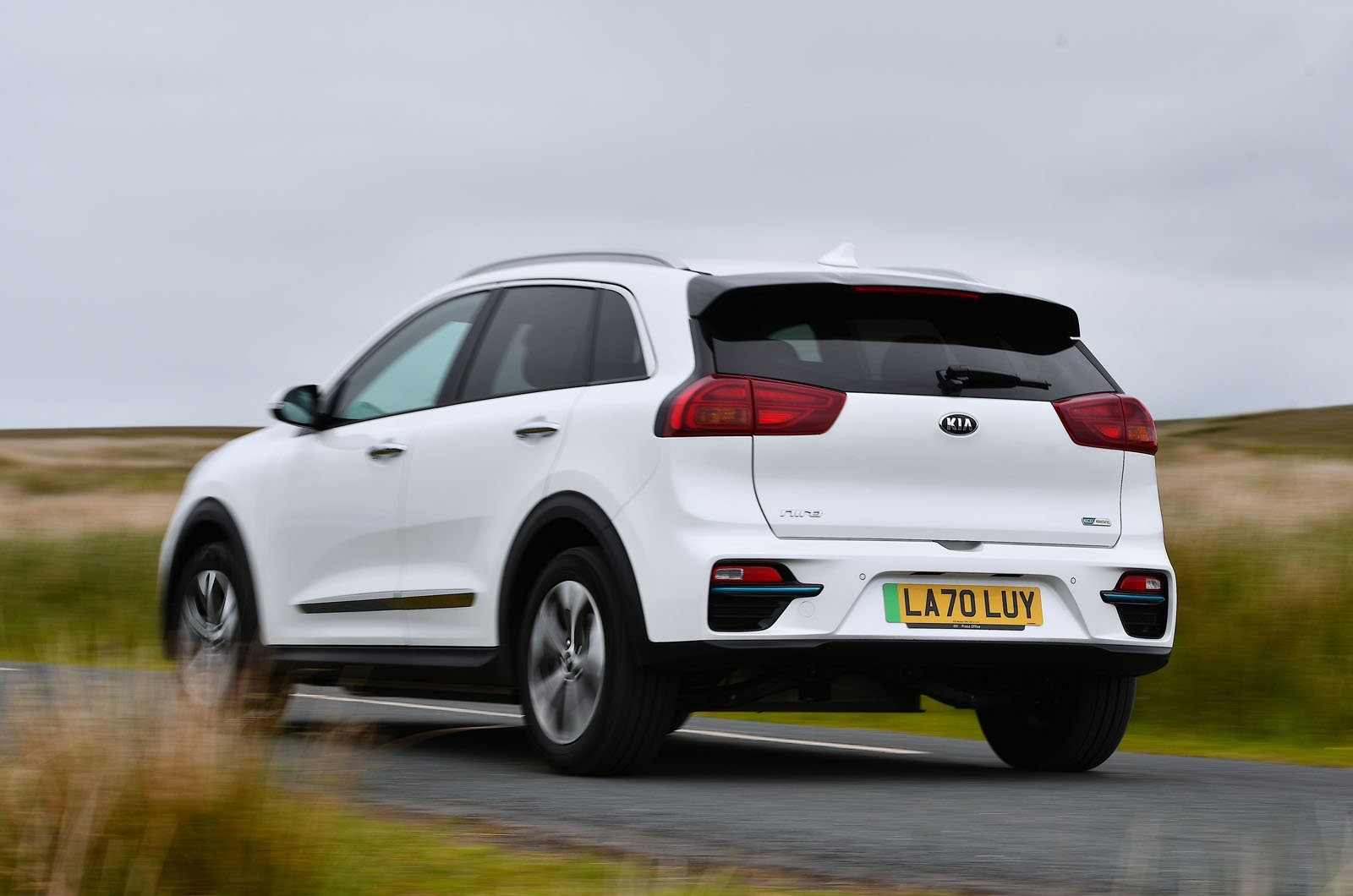 Both cars have plenty of zip, but while the Enyaq is as punchy as a potent petrol-powered SUV, the e-Niro is even quicker in most situations, with the pace of some hot hatches.

From rest to 30mph, the Enyaq actually squeaks its bumper ahead, but from then on the e-Niro powers away; it’s a second clear by 60mph, with a time of 6.7sec. What’s more useful is its 1.7sec advantage between 30 and 70mph, which means you can sail past slower traffic with greater ease.

Amazingly, the e-Niro also manages its battery reserves more efficiently. We did our standard efficiency test at our private track, assessing both cars’ energy use in controlled conditions. The e-Niro used less energy per mile and, combined with its slightly bigger battery, had a projected range (on a warm, dry day with a simulated mix of town, A-road and motorway driving) of 243 miles. The Enyaq’s was 180 miles. 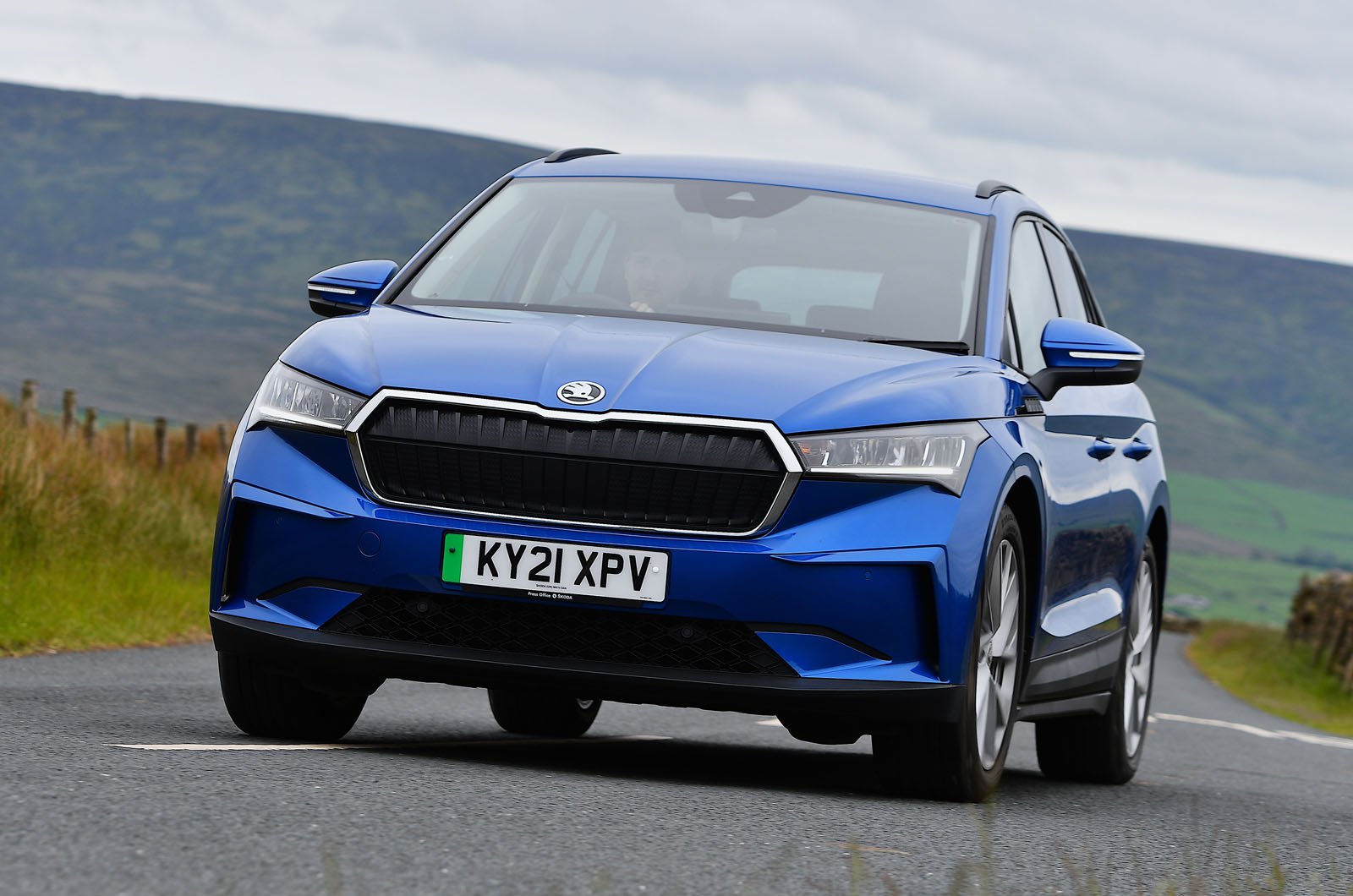 A big difference, then, and those figures roughly correlated with what we were seeing on our long drive back to London. The e-Niro’s bigger buffer meant not only fewer stops to charge but also less range anxiety when faced with another 150-plus miles to the next fast charger.

Which is the most relaxing beyond any range unease? Well, that’s the Enyaq. It’s quieter than the e-Niro, with less suspension noise over broken roads and, in general, less road noise at 70mph; it only generates roar over particularly coarse surfaces. They both have light wind noise unless there’s a heavy crosswind, in which case you’ll hear gusting around their door mirrors.

The Enyaq is also more comfortable, if not quite as cushy as the best-riding petrol SUVs, because its heavy battery pack requires beefier suspension to support it. It’s the softer of our contenders and feels settled at motorway speeds, with a touch less fidget than the e-Niro. Around town, you benefit more from its extra give, because it’s less abrupt over any sharp imperfections. Mind you, the e-Niro is far from being a bone-shaker. 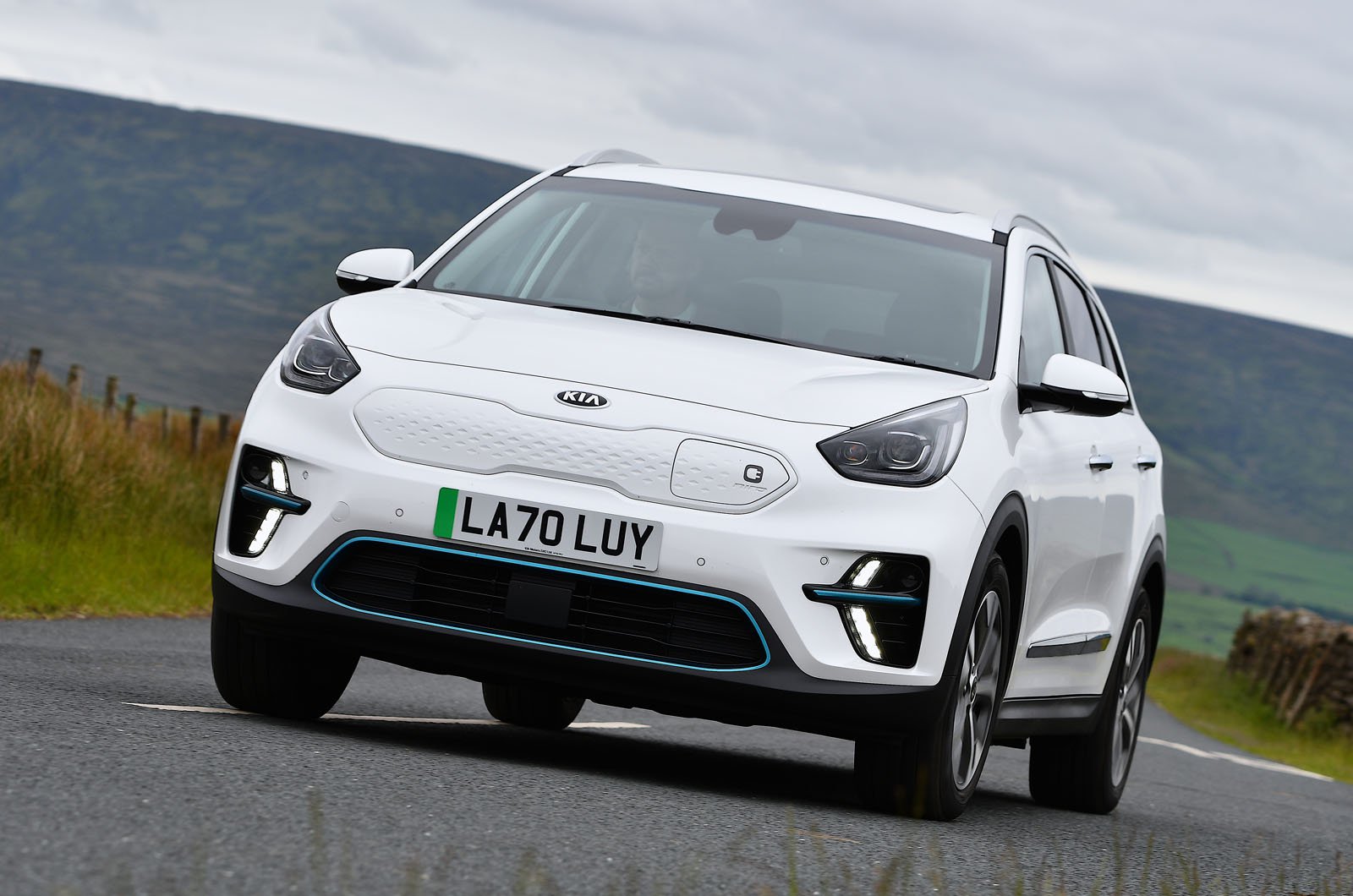 Both have good brakes, for electric vehicles (EVs). Each has a system that regenerates electricity (to top up the battery) as you slow that works in conjunction with their normal brakes. The two systems are integrated well, with both cars stopping effectively during hard braking while being predictable in traffic. That means you won’t end up screeching to a staccato halt or squeezing the brake pedal harder than you expect, as you do in some EVs.

Now, you might think the Enyaq’s more supple suspension would make it less nimble, but that’s not entirely true. Yes, the e-Niro does have less body lean and its quicker steering makes it feel slightly more willing to dart into turns, but the Enyaq’s more progressive, naturally weighted steering gives you at least as much confidence to hustle it along. It also has more grip, so you can carry a bit more speed should you wish, although neither car feels quite as enjoyable to drive as the lower, squatter Volkswagen ID.3.