It’s no coincidence that these two cost roughly the same; as we said, they’re priced to qualify for the government grant. Interestingly, the grant is based purely on a car’s list price, so you can add as many options as you like, bump up the invoice price well beyond £35,000 and still receive the £2500 bung.

The Enyaq is predicted to shed value at a slightly slower rate than the e-Niro and costs less to insure and service. We’re not talking about huge disparities, but over three years the Enyaq will be a bit over £1300 cheaper for a private cash buyer to run than the e-Niro. 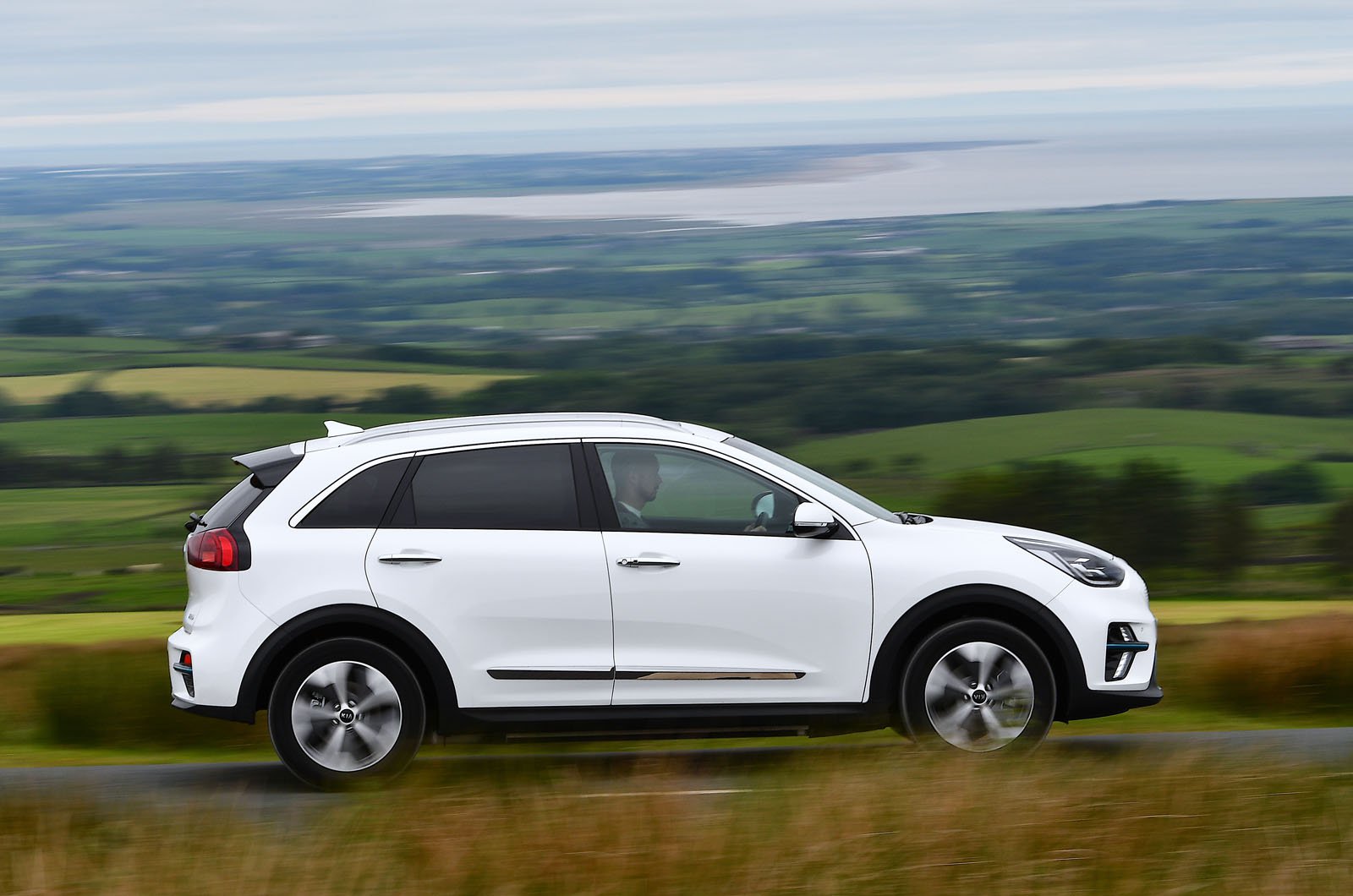 If you’re financing, there’s a big advantage in opting for the Enyaq. Let’s assume you stick £3500 down on a three-year PCP deal. If you do no more than 8000 miles a year, the Enyaq is £433 per month and the e-Niro £33 more. The Enyaq is also advantageous to lease, costing about £40 per month less.

These cars are equally great if you’re a company car driver. In total, you’ll pay only around £650 in benefit-in-kind tax over three years if you’re in the 40% bracket. 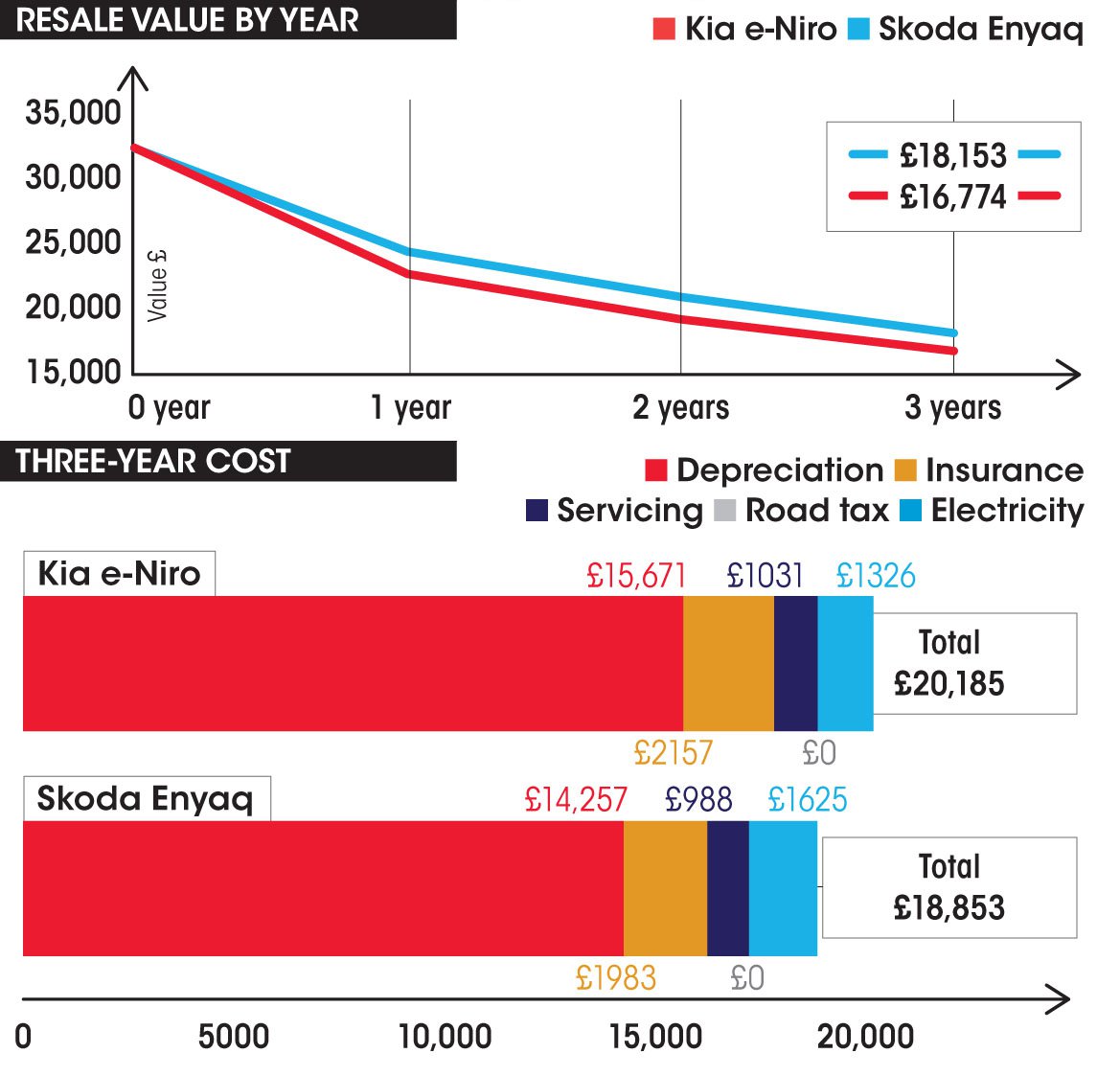 Neither car is exceptionally well equipped. You get a few niceties, such as alloy wheels (17in with the e-Niro, 19in for the Enyaq), climate control, power-folding door mirrors and auto lights and wipers. The e-Niro adds keyless entry, while the Enyaq has that leather seat upholstery.

Both come with active safety aids, including automatic emergency braking and lane-keeping assistance. The e-Niro has never been put through the Euro NCAP test procedure, so we can’t tell you how safe it is in a crash. The Enyaq has been tested and showed impressive protection for adults, children and pedestrians, so it gets the full five-star rating.