These SUVs have slightly higher driving positions than, say, a Volkswagen Golf, but you feel oddly perched in the e-Niro, because its seat feels high in relation to the dashboard. And that’s with its height-adjustable driver’s seat set as low as it’ll go (a facility that both cars have). Both cars come with adjustable lumbar support, although we wish the Enyaq’s extended farther into the small of the back. Its seats provide more shoulder support than the e-Niro’s, though.

The e-Niro’s large digital instrument screen displays information legibly. The Enyaq’s version is smaller and the range indicator’s digits are surprisingly tiny. It also embeds its air conditioning controls in the infotainment touchscreen, although at least the temperature controls are permanently displayed. Still, overall we prefer the fuller suite of simple buttons and knobs on the e-Niro’s dashboard. 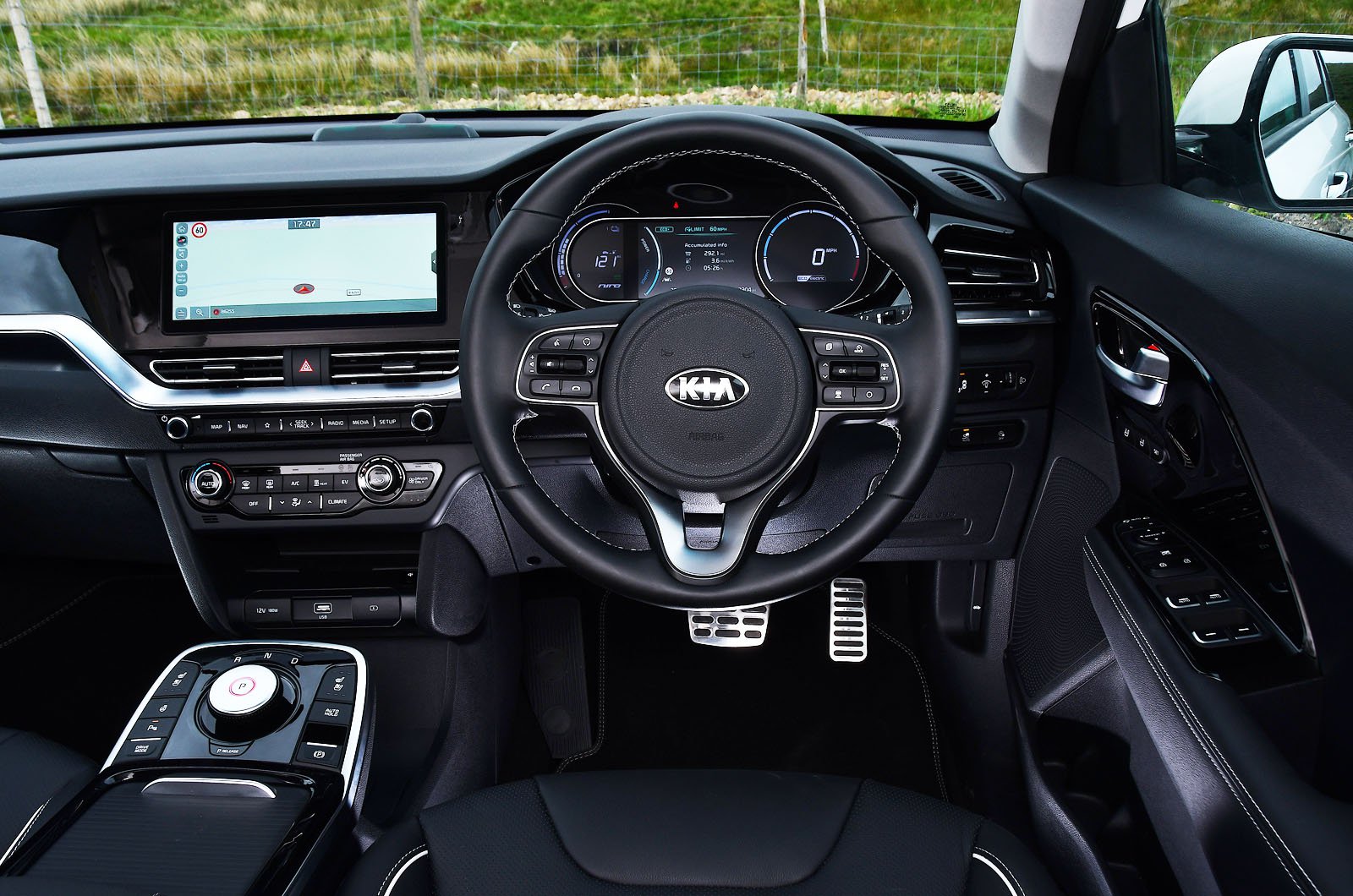 Visibility is fine in both cars. You can see past the e-Niro’s windscreen pillars more easily than the Enyaq’s thicker ones, but it’s easier to see out the back of the Enyaq because of its bigger rear side windows. The e-Niro’s standard rear-view camera (a £505 option on the Enyaq) helps out when backing up, and both cars come with rear parking sensors. Only the Enyaq has LED headlights, and the halogen bulbs you get with the e-Niro are dim by comparison.

Skoda has done a great job with the Enyaq’s interior. For an electric car at this price point, there are few better, and it’s much nicer than the ID.3’s, for example. In the main, it’s well screwed together, the plastics are generally soft and smart, and it has some bright chrome and gloss black elements to push up the ‘plush-o-meter’ needle. The e-Niro isn’t bad for the money, but the finishes aren’t quite as pleasing and there are more harder plastics on display. 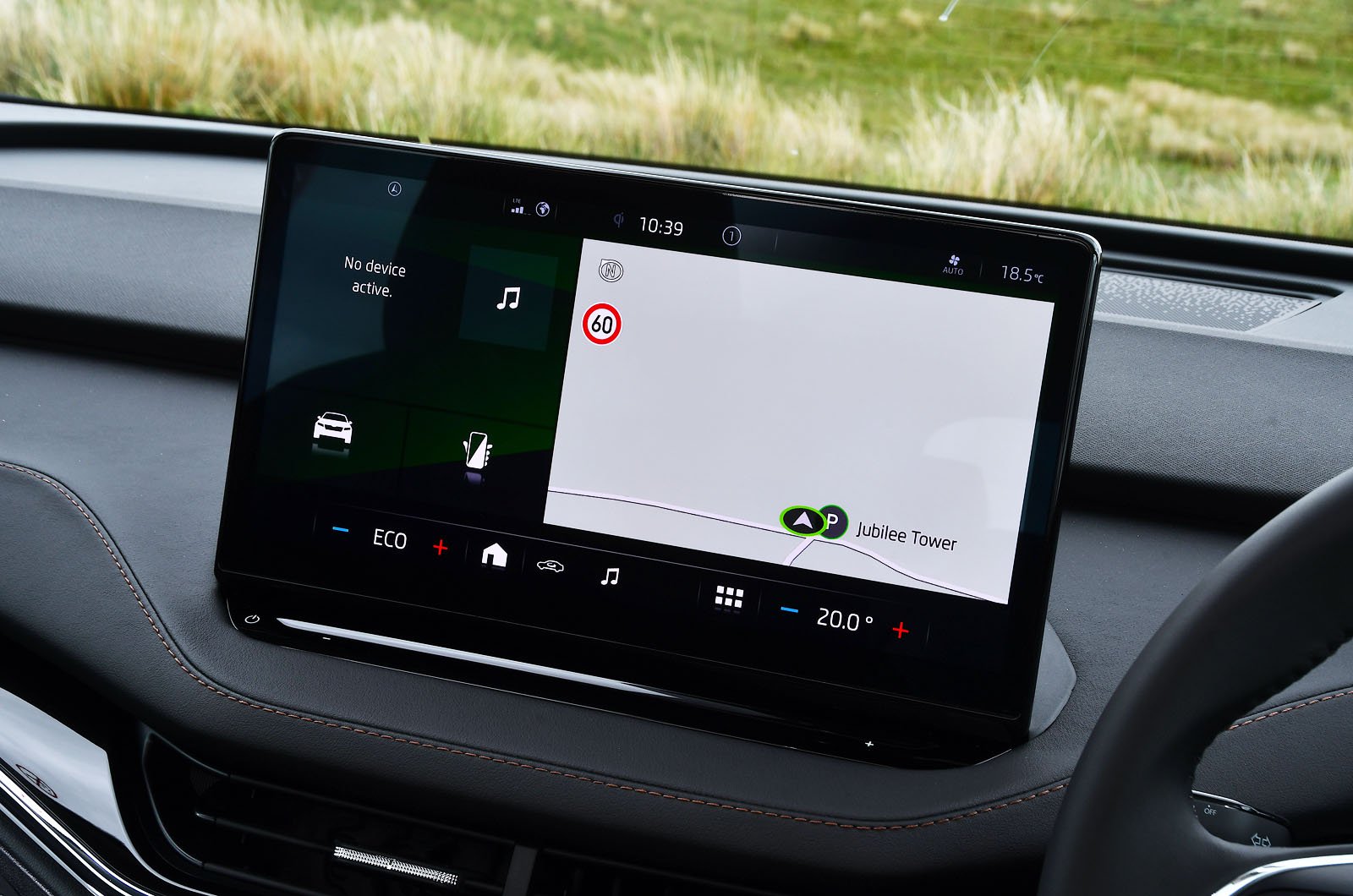 The massive, clear 13.0in screen looks impressive, and Skoda has done a reasonable job of laying out all the features logically. There’s the odd one lurking behind a confusing icon, but familiarity eases this issue. It’s generally responsive, but our biggest concern was the software crashing; this happened a few times. You get sat-nav (which you can use to find chargers) and, as with the e-Niro, smartphone mirroring. 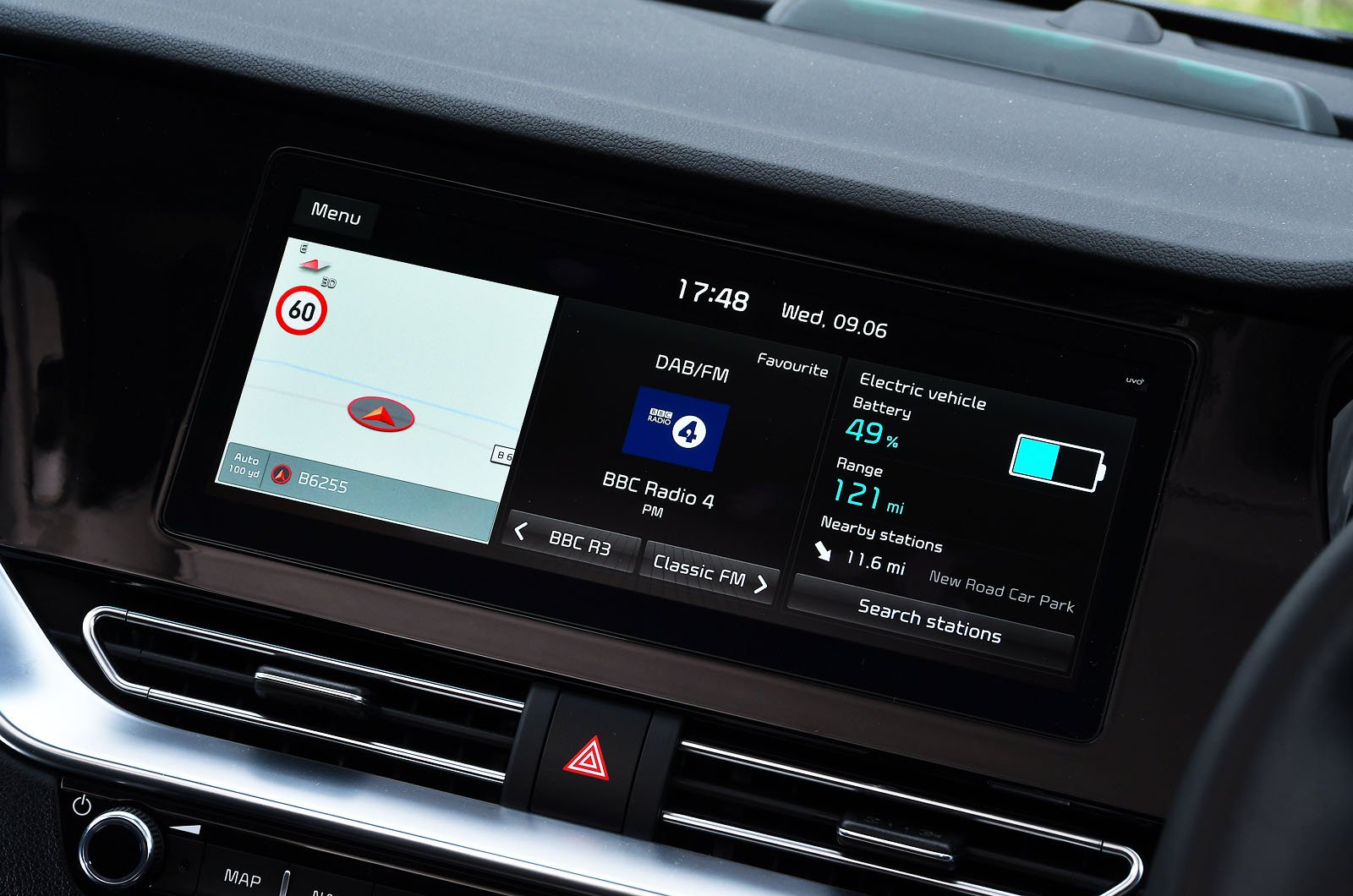 The screen in 2 trim is quite small compared with the Enyaq’s, but it’s clear and easy to decipher. The menus are easy to figure out and there are some shortcut buttons for swapping between them. The software is more stable, too, with fewer instances of it crashing during our tenure than the Enyaq’s. You don’t get built-in sat-nav, though, and you cannot add it or any other features, such as wireless charging, unless you move up the trims.