The new Toyota Aygo X blurs the lines between city car and small SUV. Let’s find out if that’s the way ahead or a bridge too far...

With lots of space inside for one so small, the i10 is one of the best small cars for the city

In a way, selling tiny cars in a world obsessed with bulky SUVs seems as logical as offering mobile phones you can’t take selfies with. But in fact, so-called ‘dumb phones’ have found a following among those in search of a digital detox, and similar thinking is behind the new Toyota Aygo X. Pronounced ‘I-go cross’, it offers SUV style without the guilt that a bulky, thirsty car can trigger. 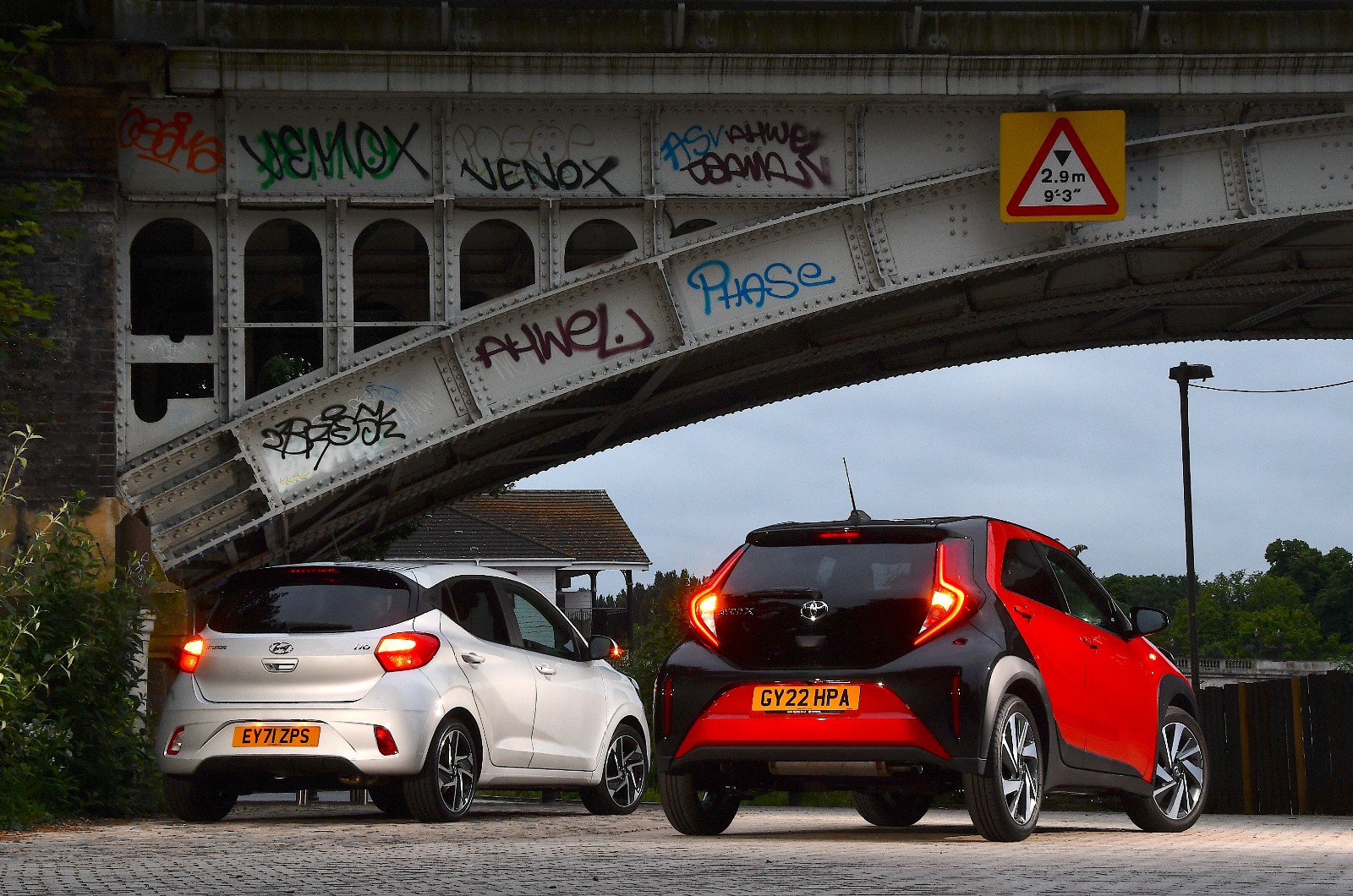 In fact, it’s surprising that this niche isn’t already well established; really small cars are a dying breed these days, so the Aygo X has few direct rivals. Of those that are left, though, the Hyundai i10 is our current favourite. It offers lots of passenger space for something so diminutive, and it’s a doddle to drive in traffic. We’re testing the 1.2-litre version in near-range-topping Premium trim, which still undercuts the similarly equipped 1.0-litre Aygo X Edge on price.

Although the Aygo X is physically bigger in all directions and heavier than the i10, it makes do with a smaller 1.0-litre, 71bhp three-cylinder petrol engine. The i10’s 1.2-litre engine isn’t dramatically more powerful, with 83bhp, but it has more grunt at low revs and feels an awful lot nippier.

In our tests, the i10 trounced the Aygo X not only from 0-60mph (12.7sec versus 14.3sec), but also when simulating typical overtaking manoeuvres. The most stark difference was the fourth-gear run from 50-70mph (a typical scenario when merging onto the motorway), with the Aygo X taking more than five seconds longer than the i10. That extra time could be the difference between comfortably making a gap and invoking the blazing horn fire of fellow motorists. 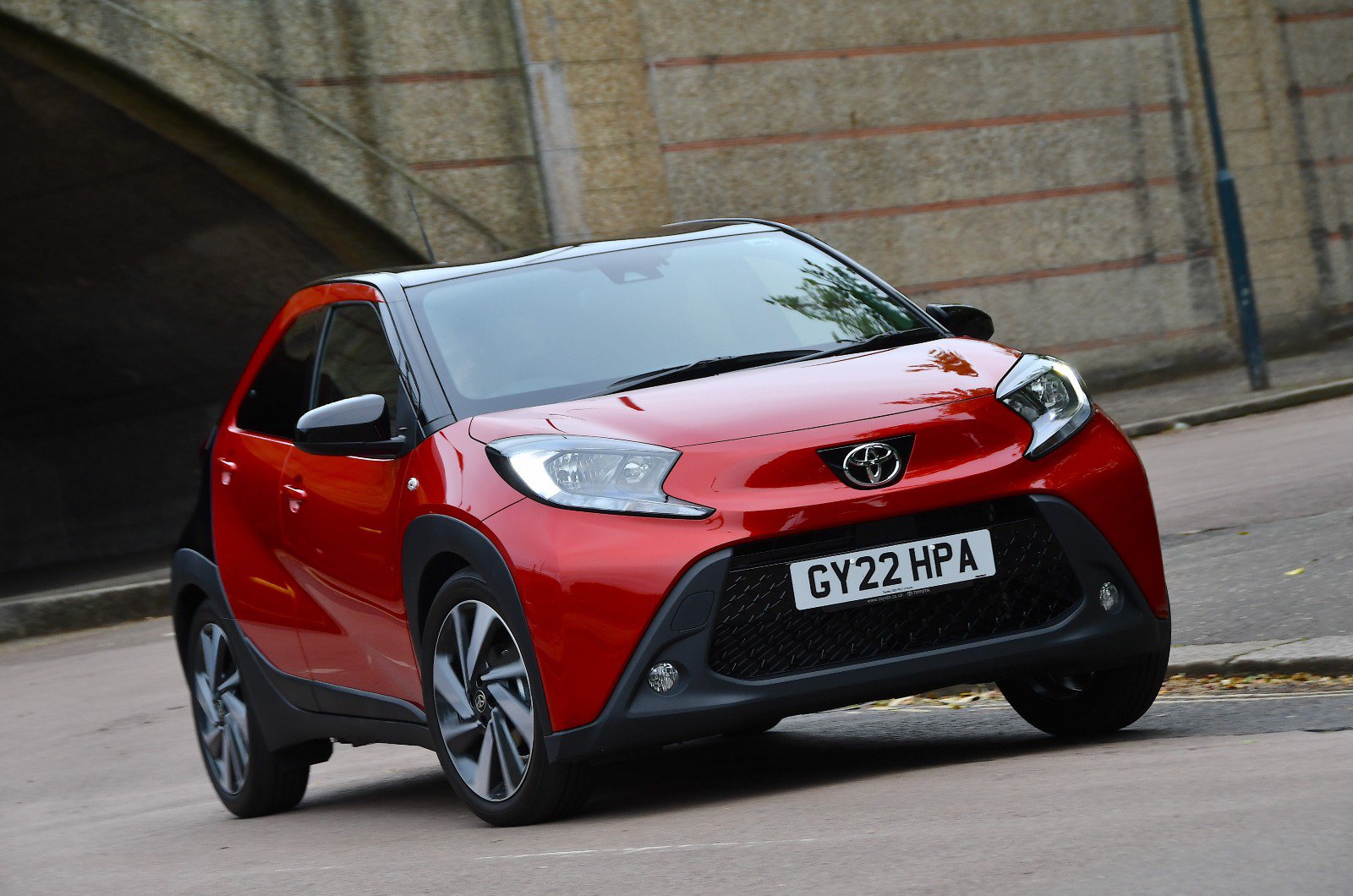 You’ll need to drop a cog or two in the Aygo X’s five-speed manual gearbox when you encounter a hill, while overtaking a slower car on a country road requires a lot of space. The i10, by contrast, makes these situations far more relaxing, and it will haul you out of bends with just an extension of your right toe.

In other respects, though, the Aygo X is the more reassuring car on a back road, because it controls its body movements well and its steering is pleasingly accurate. The i10, on the other hand, bounces around a bit more, forcing you to make minor corrections – something that’s difficult to do with huge accuracy, because its steering feels vague around the straight-ahead position.

Fortunately, the i10 feels far more at home in its natural habitat: the city. Here, its light, quick steering makes parking a breeze, although the Aygo X’s isn’t overly heavy, and its tighter turning circle is handy if you need to make a crafty U-turn. Just bear in mind that the Aygo X can feel a bit jarring over bumps and potholes, whereas the softly sprung i10 makes light work of these; the fact that it has 16in wheels, rather than the 18s of the Aygo X, no doubt helps. 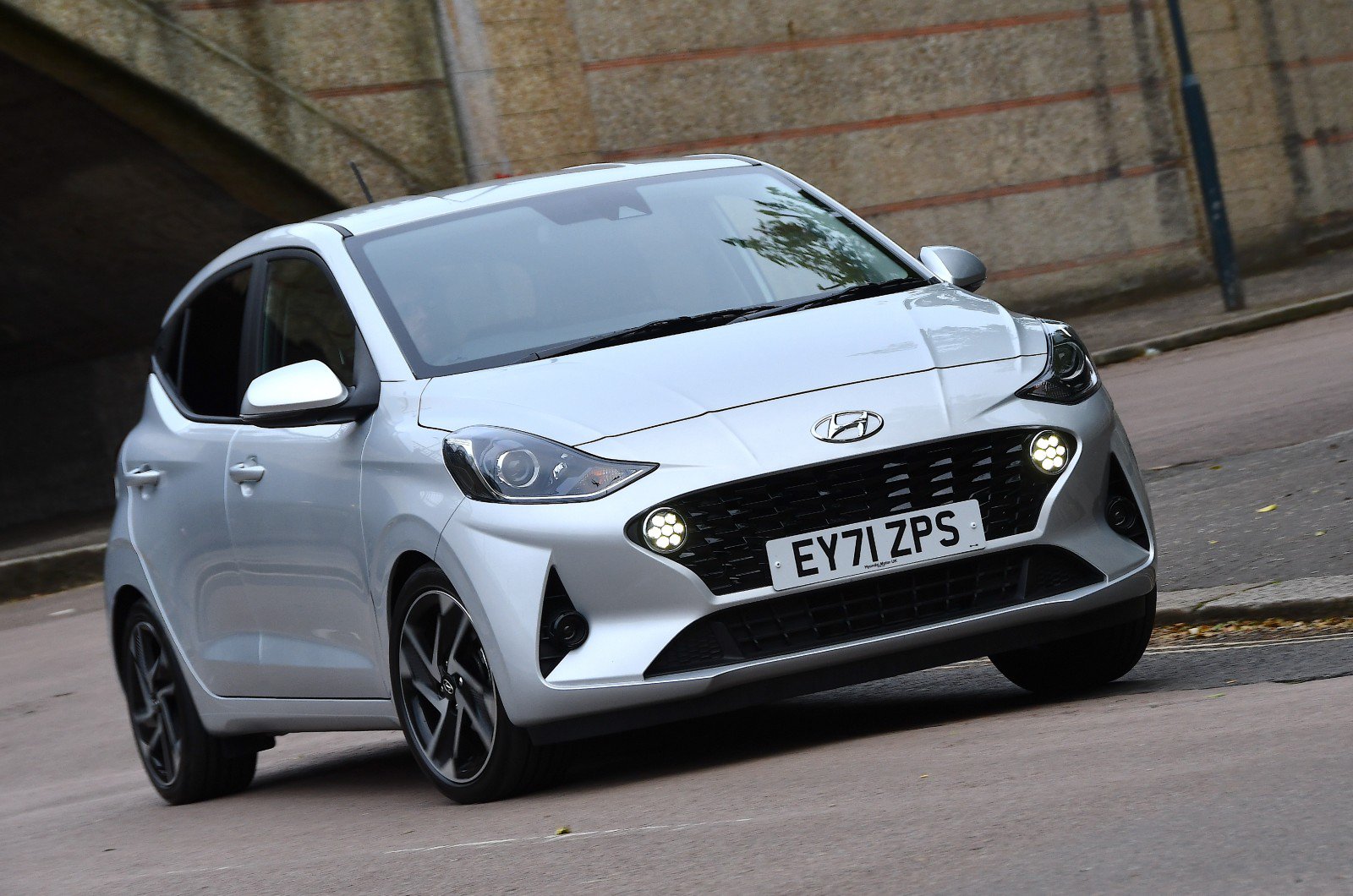 The i10 also flows down a motorway that little bit more smoothly. Plus, it keeps wind noise to a minimum, whereas the Aygo X suffers from an annoying amount of buffeting around its side pillars. In fact, the Aygo X is less refined in general, with its three-cylinder engine thrumming more noticeably than the i10’s four-cylinder unit, and sending vibrations through the pedals when you rev it.