Our contenders have enough room for six-footers in the front and plenty of storage space. However, there are bigger differences in the back. Access is much easier in the five-door Type R than the three-door-only GR, which isn’t helped by the narrow aperture between its door frame and front seats. There’s also far more leg and head room in the back of the Type R, with the GR’s sloping roofline making it difficult for taller passengers to sit upright. 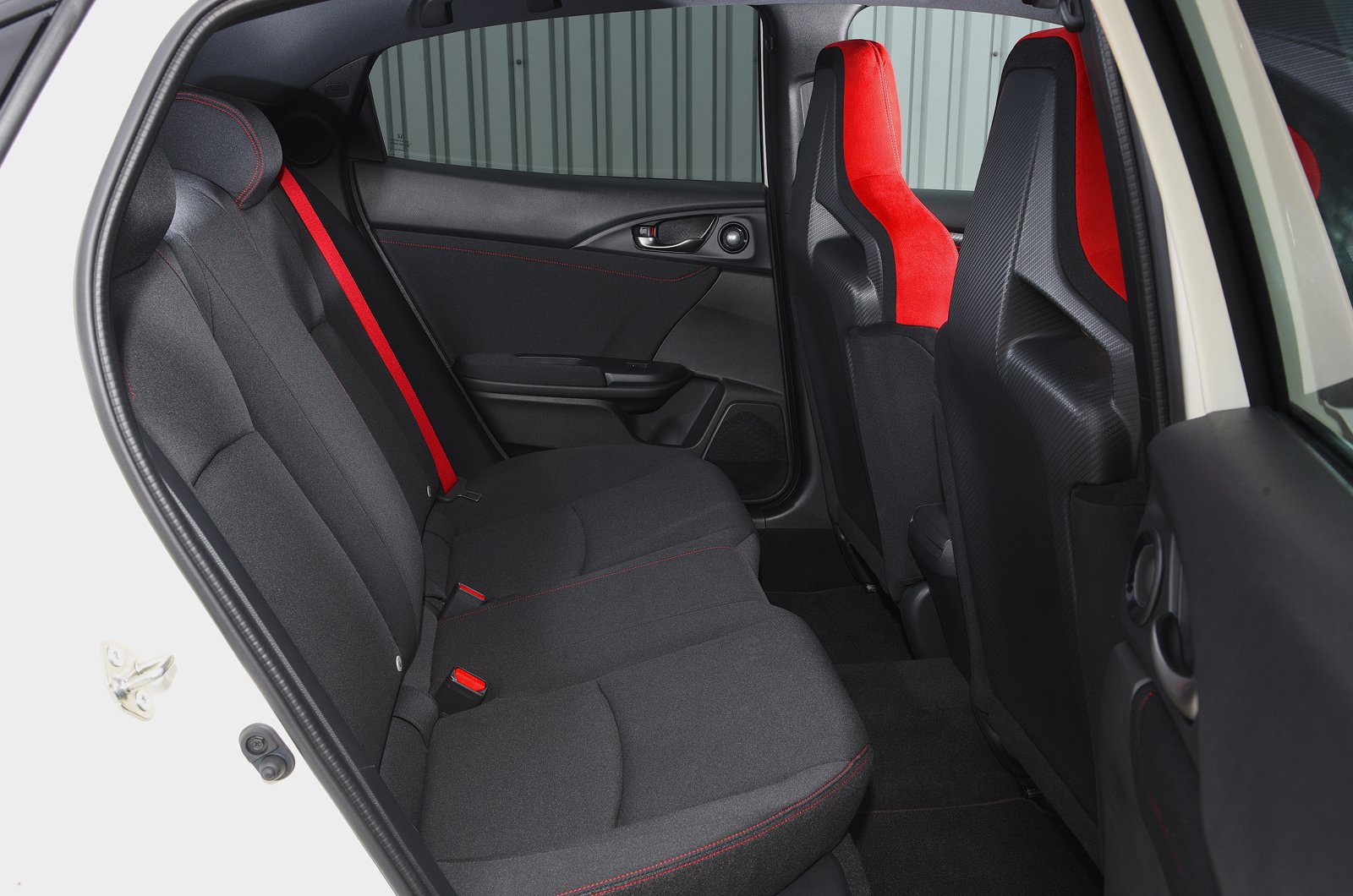 The relatively practical Type R’s boot is far bigger, too, swallowing seven carry-on suitcases to the GR’s mere three. Both cars’ rear seats split and fold in a conventional 60/40 arrangement, but neither car gets a solid parcel shelf – only a flimsy fabric tonneau cover. 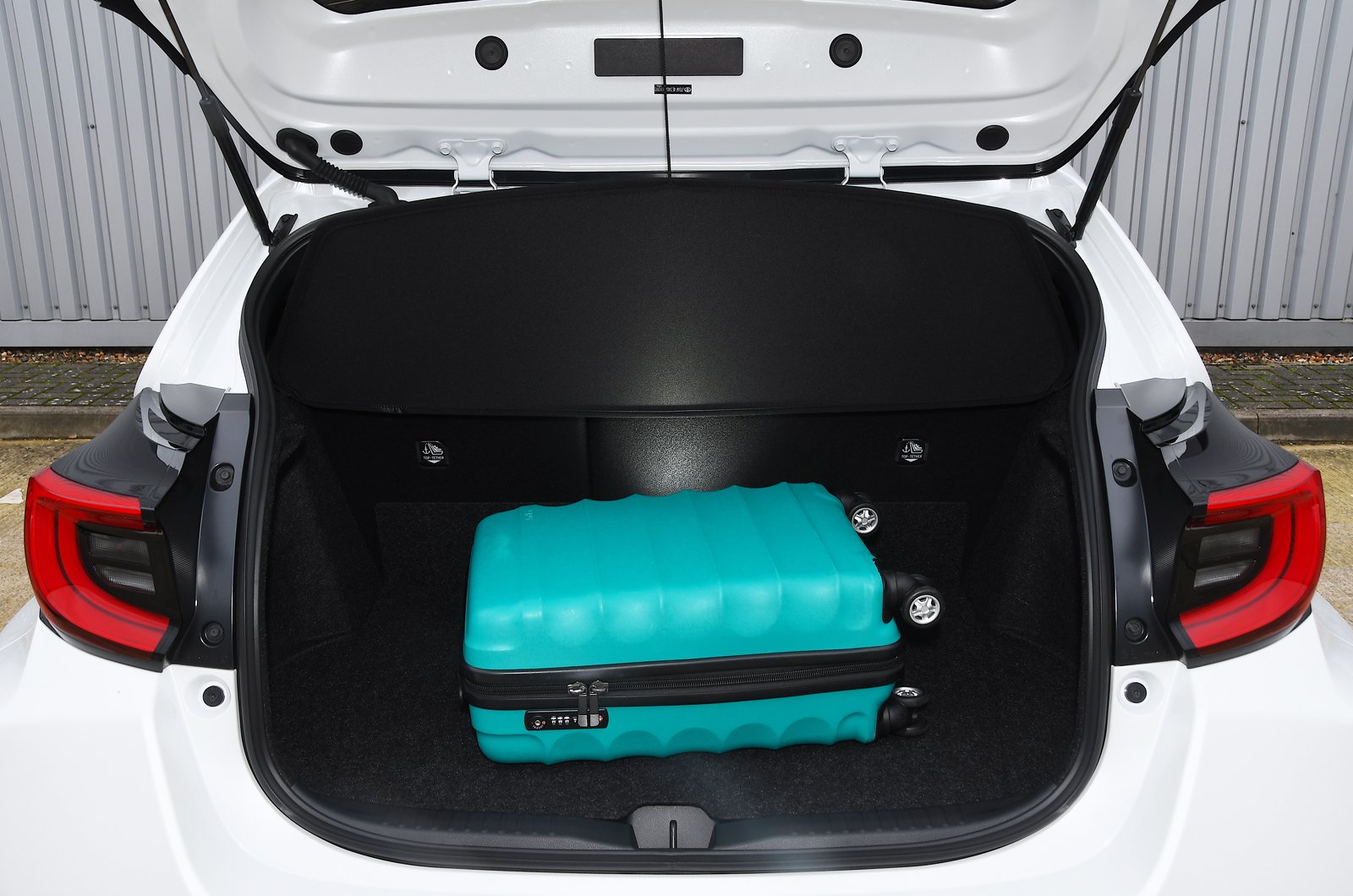 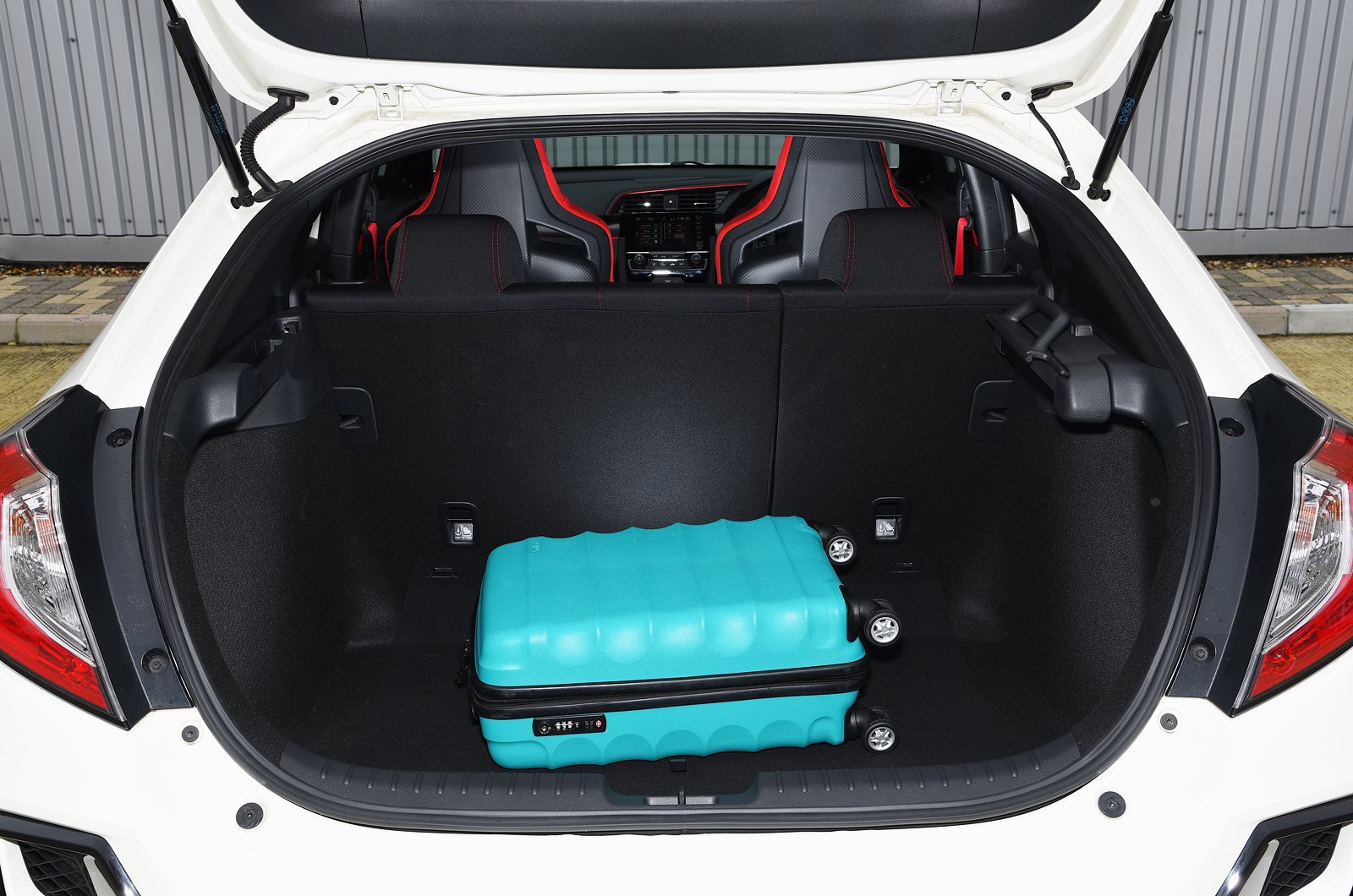 For private buyers, the Type R in our preferred GT trim starts off with a significantly higher list price than a GR equipped with the Circuit Pack, but the gap shrinks to almost nothing after discounts.

Most buyers will go down the finance route, though, and here the GR looks particularly tempting. On a three-year PCP deal, assuming you put down a £3500 deposit and do no more than 10,000 miles a year, the GR will cost you £59 a month less.

The GR is predicted to lose more of its value over three years (hard though it is to believe, given that it's likely to be comparatively rare), but it makes up for this with cheaper insurance and servicing costs. It should also be slightly cheaper to fuel, going by our test figure of 32.8mpg, compared with the Type R’s 32.1mpg. Over three years, the difference in costs for private buyers is only about £100 in favour of the GR. 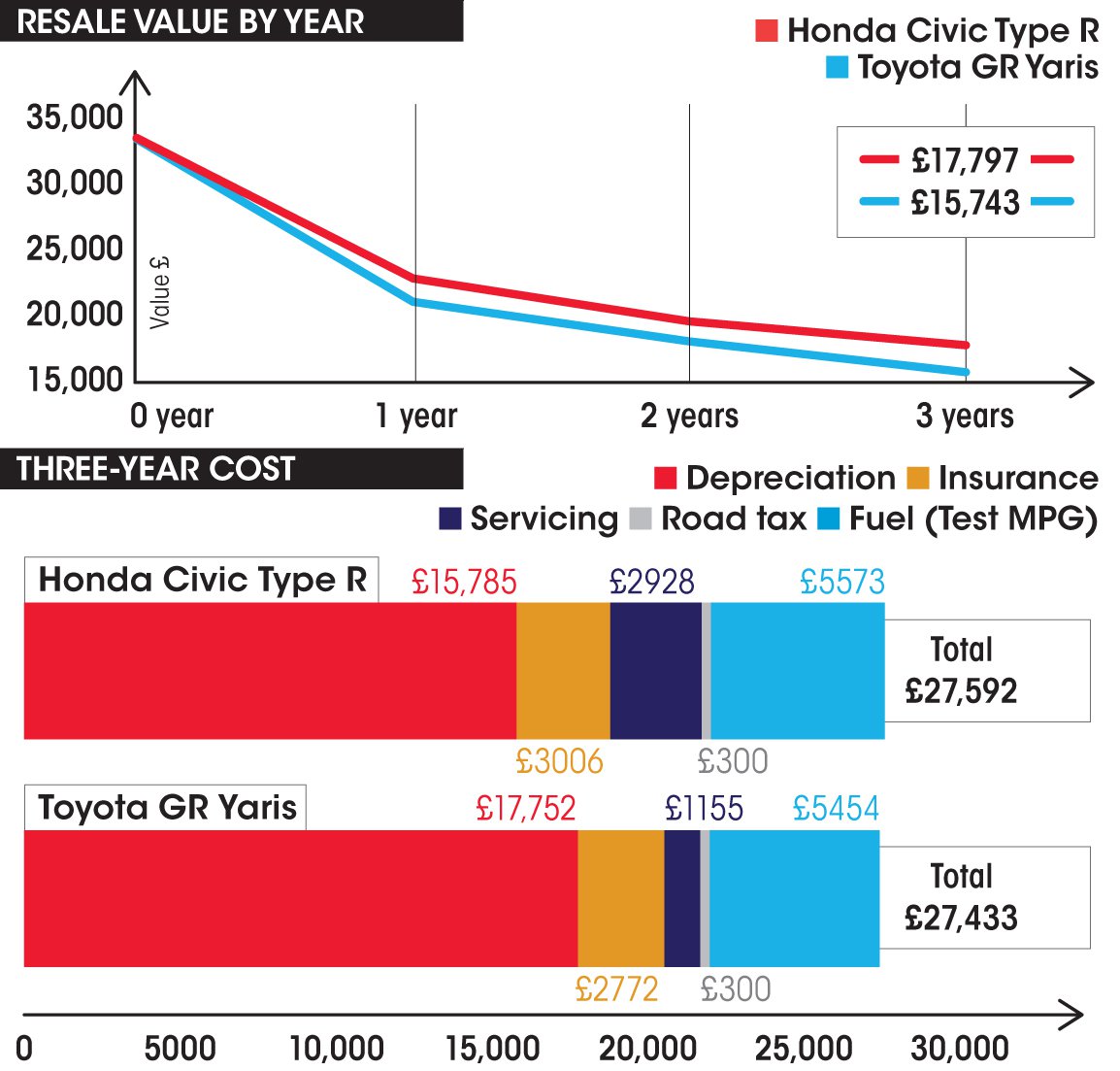 Both cars come with plenty of kit, including keyless entry and start, adaptive cruise control and alloy wheels (18s on the GR and 20s on the Type R). However, it’s a shame that you have to choose between the GR Circuit Pack and the Convenience Pack (which gets things like sat-nav, a JBL premium sound system and parking sensors front and rear for £2180 over the entry-level model); you can’t combine them.

As for safety, the GR Yaris hasn’t been tested specifically by Euro NCAP and is so different from the regular Yaris that the latter’s 2020 five-star rating doesn’t apply. The Civic was also awarded five stars, but that was back in 2017 when the tests were a lot less stringent. Both cars also come as standard with automatic emergency braking and lane-keeping assistance.

The latest Yaris is too new to have featured in the 2020 What Car? Reliability Survey, but the Civic was only mid-ranking in the family car class. Honda as a brand fared better, finishing in the top third of the overall manufacturer league table, but Toyota was even more impressive, taking third spot out of 31 manufacturers.