These two fast freighters combine power with practicality, but which is the better buy?...

It’s fair to say that neither car is likely to blow you away with its interior design, but the contrasting copper stitching and matching colour trim highlights in the Cupra Leon Estate do help to put you in the mindset that you’re driving something other than a regular Seat Leon. The VW Golf R Estate, however, gives very few visual clues that you’re driving the most potent variant. Neither car’s interior quality is anything to write home about, either; the plastics used in both feel a little disappointing, given their near-£45k asking prices.

You’ll be even more disappointed when you try to use the Golf’s touch-sensitive dashboard and steering wheel controls. The ones on the wheel are particularly infuriating, because it’s all too easy to inadvertently either change the driving mode or switch on the heated steering wheel (which is standard), while trying to adjust the stereo volume or skip a track. The physical buttons and scroll wheels in the Leon are far more user-friendly.

Unfortunately, the dashboards of both cars are blighted by fiddly touch-sensitive pads for adjusting the interior temperature, and to make matters worse, these don’t light up, so they’re a pain to use after dark. 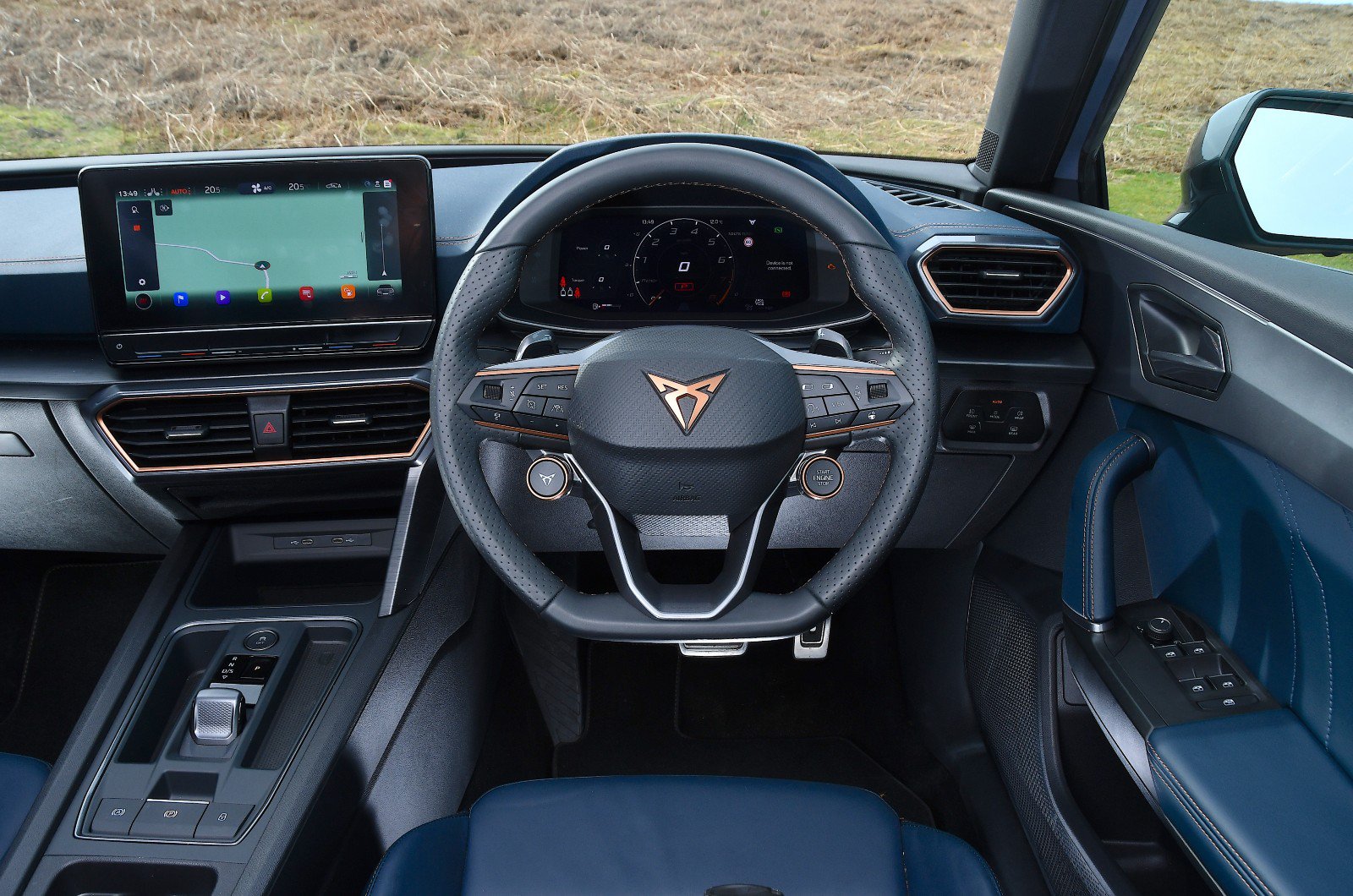 Better news is that finding a comfortable driving position is easy in both cars. In its lowest setting, the Golf’s seat is a little higher than the Leon’s, although that might be due to the latter having electric (rather than manual) seat adjustment. You can get an electrically adjustable driver’s seat on the Golf, but only as part of a pricey Nappa leather pack (£2750).

Neither car has any major visibility issues, and both have front and rear parking sensors to help when manoeuvring in tight car parks. It’s a bit mean that you have to pay £315 for a reversing camera on the Golf, though. 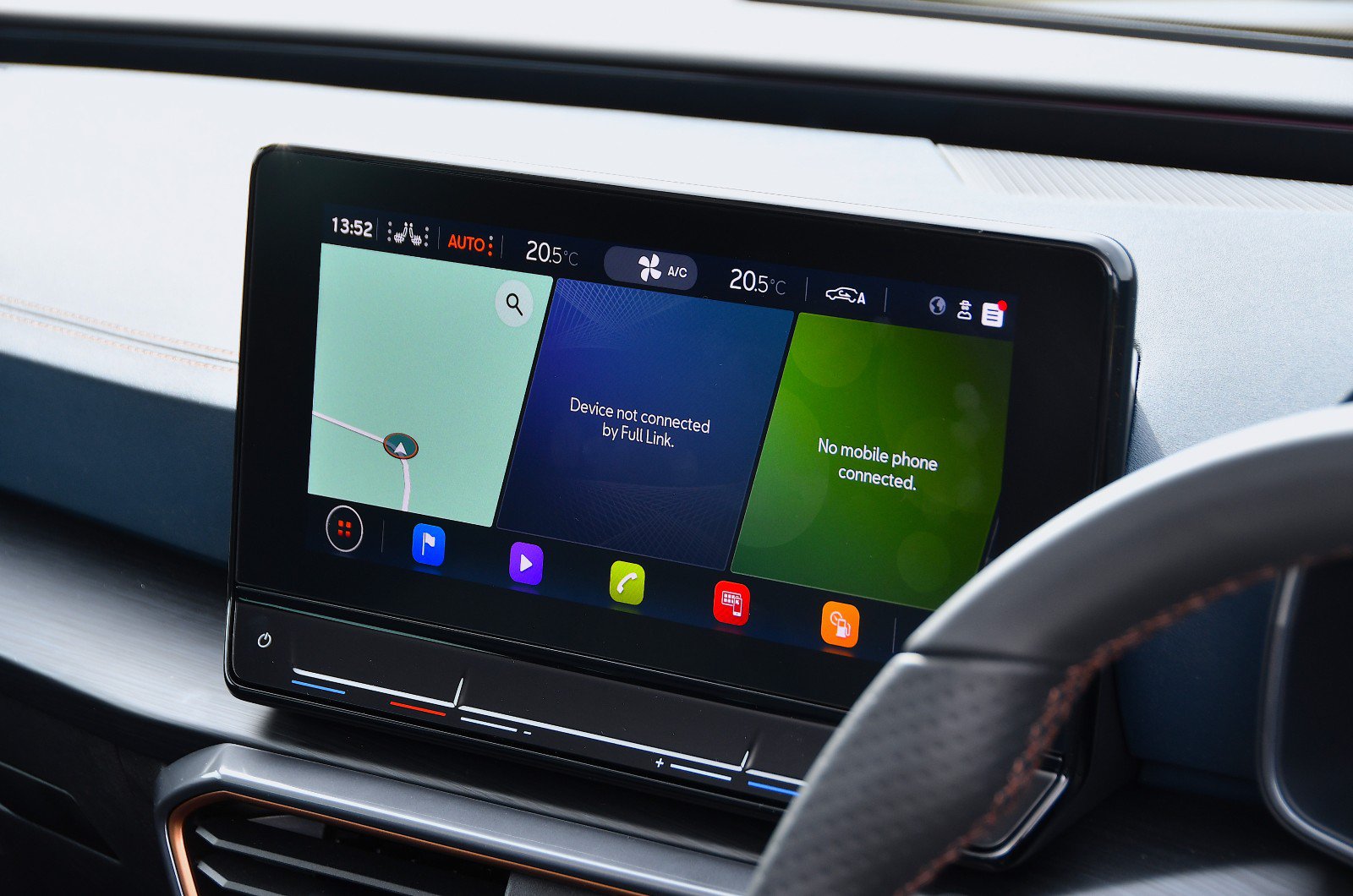 The Leon’s 10.0in central infotainment screen is the same size as the Golf’s, but there are a few differences. First, as well as the usual touchscreen interface, it gives you the option of using your voice to control it – a feature that costs extra on the Golf. In addition, the screen layout is completely different and easier to navigate. The system also seems to boot up faster than the Golf’s. We’d like it more if the graphics were a little bit sharper, though. 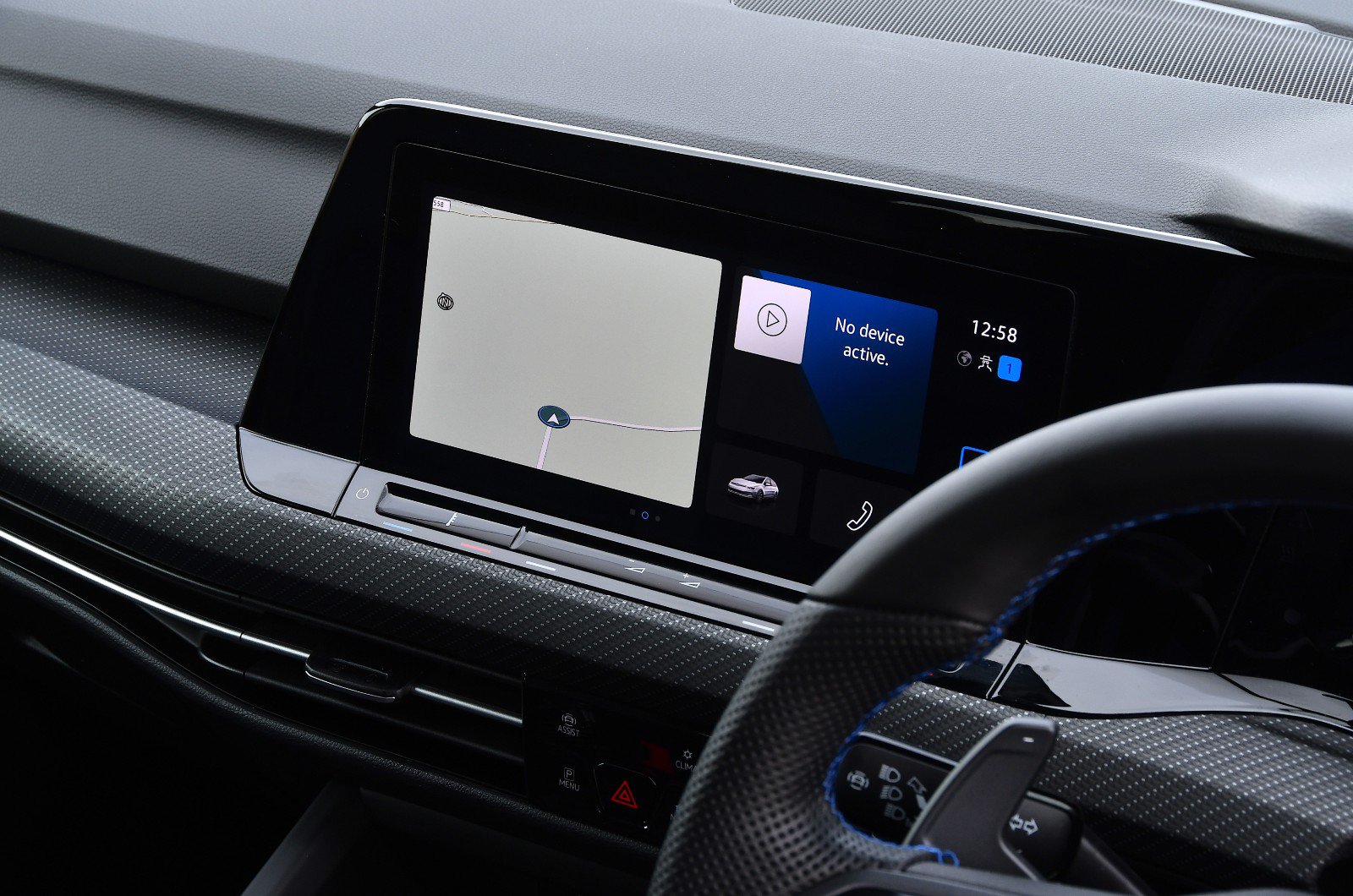 The Golf’s screen looks sharp and presents some fancy graphics, including a rotating animation of the car on certain menus. However, it isn’t as quick to respond as we’d like, taking quite a while to boot up, and that’s not ideal when you consider that virtually all of the car’s functions are controlled by it. It’s also a shame voice control isn’t standard. Nor is a data subscription for internet and streaming; the Leon gives you a 12-month plan as standard.