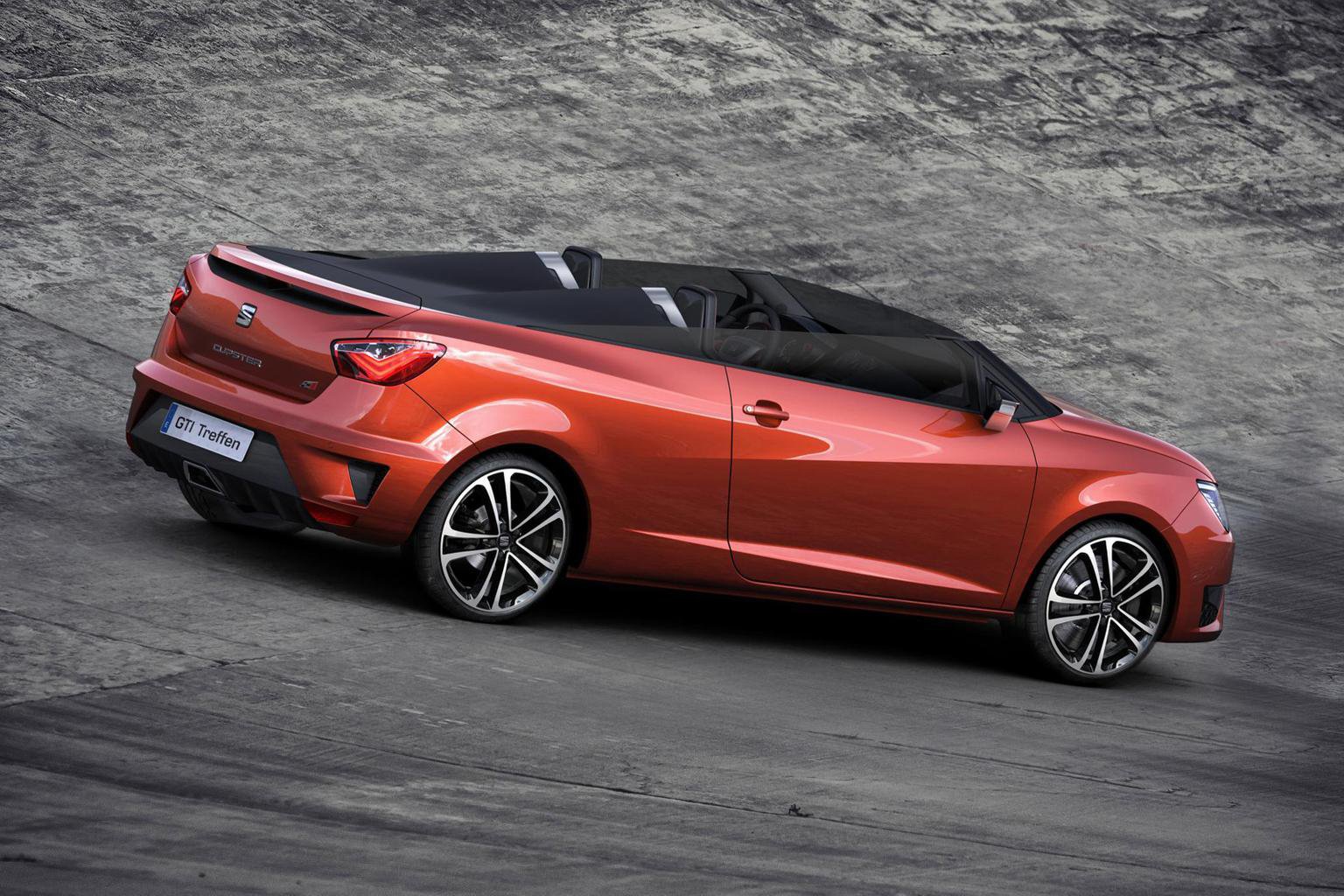 Seat
Seat has shown the Ibiza Cupster concept - a concept car that is being revealed at the Worthersee show this month. The open-top show car was created by Seat Design to celebrate the 30th anniversary of the Seat Ibiza, and is based on the Ibiza Cupra 1.4 TSI 180. The two-seater car is has a wrap-around strip for a front window, comes with 18-inch alloy wheels and has a seating position set 80mm lower than the standard car's.

Skoda
Skoda has also shown two concept cars that it is displaying at Worthersee – a Citijet design concept and the Yeti Xtreme. The Citijet concept was created by 16 Skoda apprentices, and is a city convertible based on Skoda's Citigo. It features a blue and white paintjob, a hand-made rear spoiler and bespoke exterior and interior details.
The Yeti Xtreme is described as a concept rally car, and features a rally-style interior. It comes with Recaro sports seats, carbonfibre trim and a sports steering wheel. It is powered by the company's 1.8-litre petrol engine and also comes with large Octavia vRS brakes, four-wheel-drive technology and twin exhaust pipes.

Mitsubishi
The special edition of the Mitsubishi Lancer Evolution X, launched in the UK to celebrate the firm's 40th anniversary in the country, was sold out 'within hours' of being put on sale. Priced at £50,000, the FQ-440 MR special edition features an ECU remap, boosting power from its turbocharged 2.0-litre engine to 440bhp and peak pulling power to 412 lb ft. Other performance modifications include a new exhaust system, air intakes, intercooler, motorsport-grade fuel injectors, sports brakes and a new tubular manifold. Just 40 were put on sale.

More than 300 Mitsubishi Outlander PHEV plug-in hybrids have been sold even before customers have been able to test drive them. Toby Marshall, sales and marketing director, said: 'The initial reaction has blown us away. People have read the reviews, analysed the benefits and bought the cars based on that.'
Dealership demonstrators are due to arrive in the next week and, combined with a national advertising campaign, this is expected to greatly accelerate sales yet further.
'We have the first stock arriving imminently, and have planned to meet the demand. The optimism running through the company about the car appears to be fully justified,' said Marshall.
The Outlander PHEV is powered by both a 2.0-litre petrol engine and two electric motors, the second of which powers the rear wheels, giving four-wheel drive capability. Theoretically, it manages a 148mpg on official fuel economy tests and emits 44g/km of CO2. It is also priced from £28,249, the same price as the equivalent Outlander diesel.