Citröen's funky family MPV transforms into an SUV, and will go on sale later this year...

The traditional family MPV market is shrinking, so cars like the Citröen C3 Picasso need to move with the times. UK buyers are increasingly looking to small SUVs such as the Nissan Qashqai and Seat Ateca for their family moving needs, so with a brand new C3 Picasso on the horizon, Citröen needs a plan.

Fortunately, the French manufacturer has already shown that it knows how to do eye-catching design - the C4 Cactus C3 hatchbacks both sport the same youthful exterior looks, and while both ultimately fail to reach the top of their respective classes, clever features like Citröen's Airbump technology - designed to stop you scratching your doors - help them to stand out.

The new C3 Picasso is expected to go on sale towards the end of this year, and is being previewed by this C-Aircross concept car, which will make its public debut at the Geneva motor show next month. Citröen has given the car more of a sporty SUV stance, including a high bonnet, rear spoiler and – on this conceptual version at least – chunky body cladding. 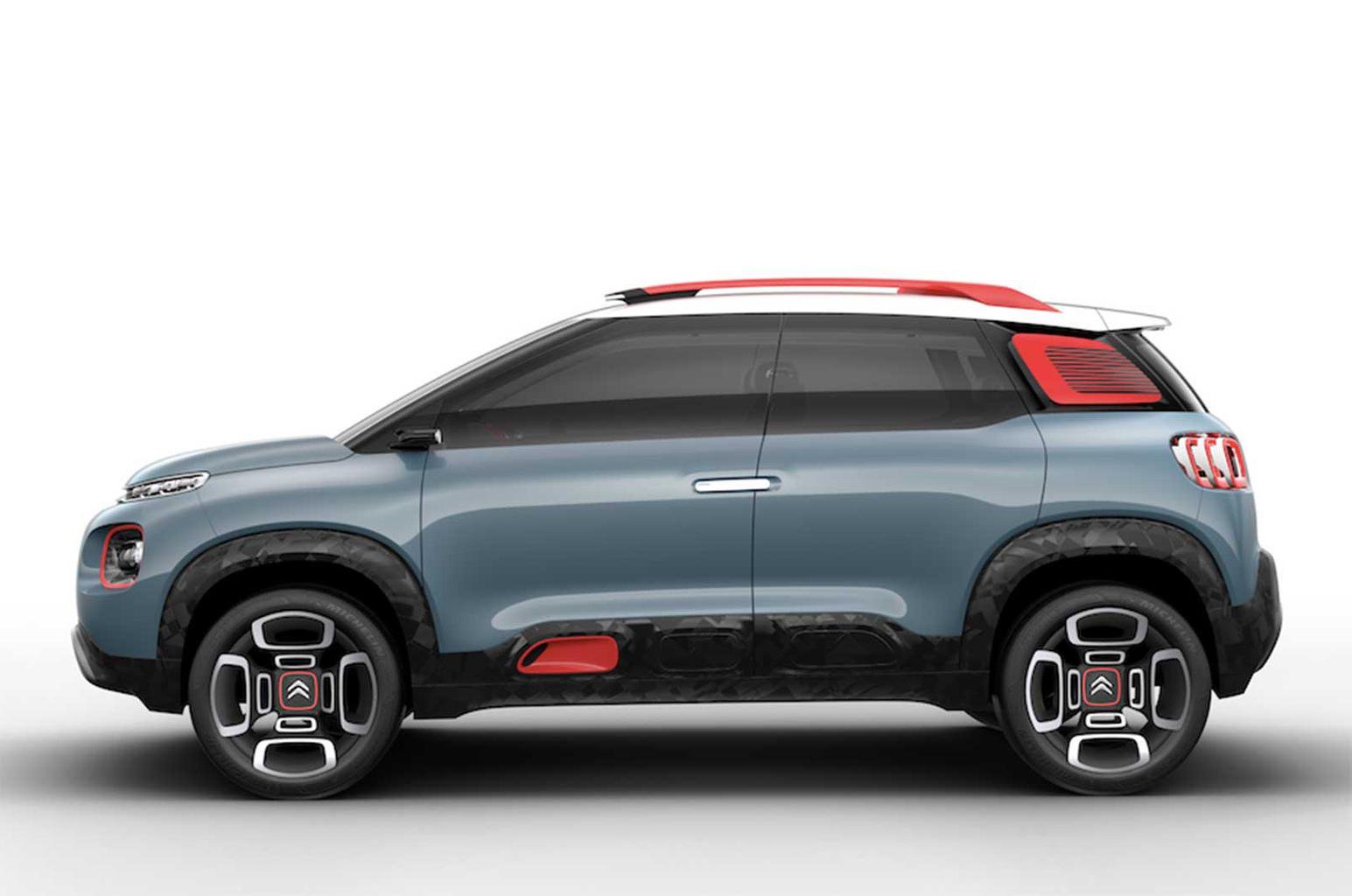 While the exterior of the C-Aircross concept is pretty close to how the production C3 Picasso will look, the four-seat interior is more of a dive into the future.

A large Head Up Display (HUD) board takes the place of traditional analogue instruments, and places information like speed, satellite navigation directions and infotainment options directly into the driver's field of vision. The single-spoke multi-function steering wheel, meanwhile, is a nod to Citröen's historic cars. As with other futuristic concept cars, traditional door mirrors have been replaced with cameras, which feed into the car – a feature which isn't expected to make it onto the production model.

In the middle of the dashboard sits a separate 12in touchscreen infotainment system which controls most of the car's functions - leaving the rest of the interior relatively free of buttons. The screen's layout can be customised to allow passengers to view different content (like a film or music information) separately from the driver. Like the new C3, the C-Aircross also comes with an on-board camera, which records the view from the front of the car.

Behind the screen, and running the length of the dashboard, is a rubberised tray designed to store objects and to stop them moving around. There are also storage boxes in front of the passenger, and a wireless mobile phone charging mat on the centre console. Interestingly, passengers in the rear can slide their smartphones into the back of the seat in front to watch their own media.

Anything else I need to know? 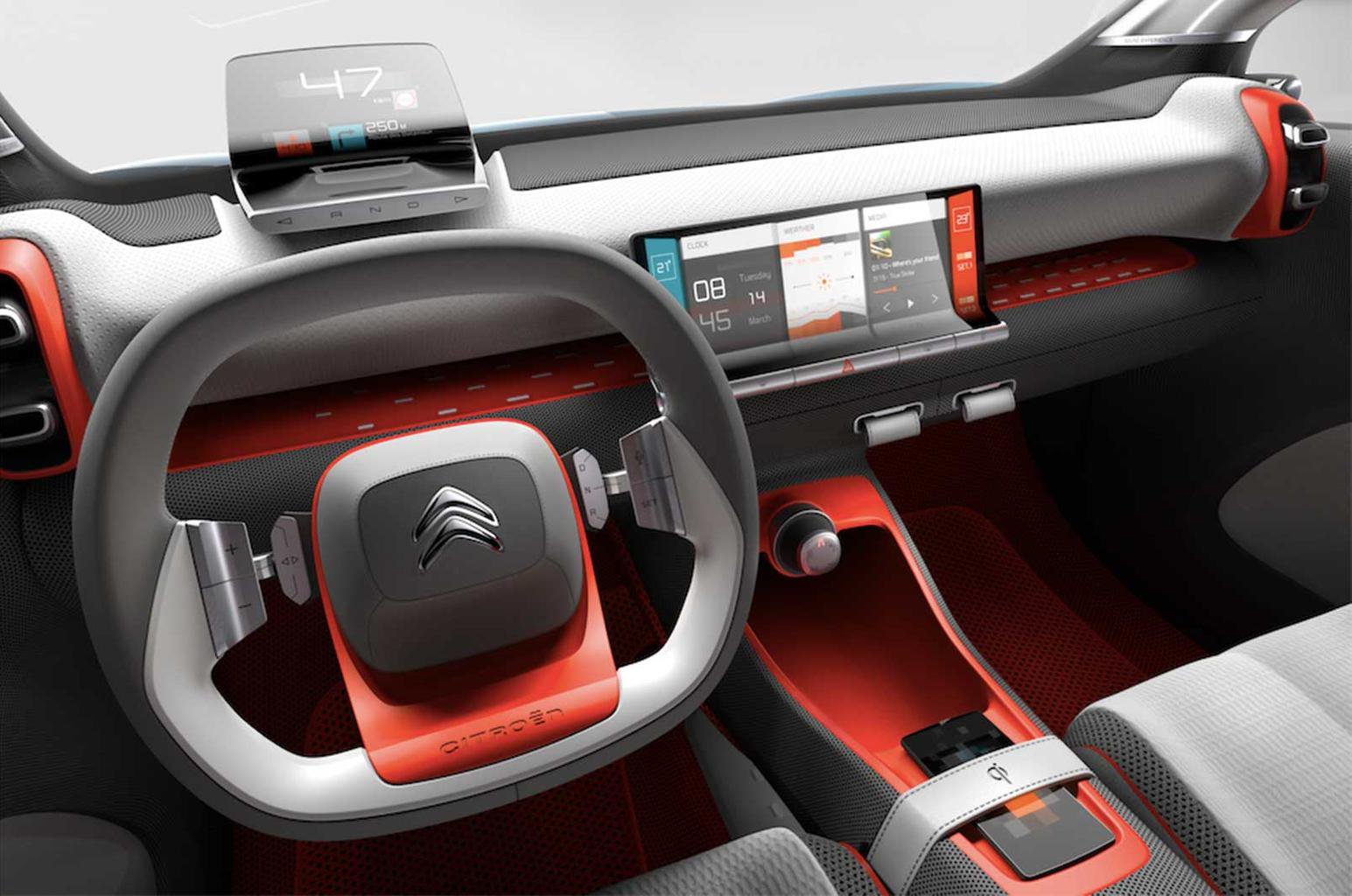 Citröen hasn't revealed what engine powers the C-Aircross concept car, but we do know that the C3 Picasso is likely to share its engine range with the smaller C3, which means a range of 1.2-litre petrol and 1.6-litre diesel options. Of the choices currently offered, we recommend the most powerful petrol with 109bhp, but the diesels are a good bet if you plan on doing plenty of miles.

The C-Aircross concept comes with Citröen's Grip Control system, which allows drivers to choose between standard, sand, off-road or snow driving modes. The system controls the car's Electronic Stability Program (ESP) and tailors it for different situations. There's also a mode for turning the ESP off altogether, although most drivers aren't likely to take their cars away from the Tarmac.

How much will the new C3 Picasso cost?

It's too early to say for sure, but with the current C3 Picasso priced from £16,975, it's already more expensive than its main rival, the Ford B-Max, which costs from £16,075, and is vastly more expensive than the £13,810 Vauxhall Meriva. Citröen won't want to increase that price too much and risk being seen as uncompetitive, so we wouldn't expect the new C3 Picasso's starting price to stray beyond £17,500.

See more of the current C3 Picasso in our video review, below.

Big savings on Volvos and Citroens