This section seems a bit unfair on the Zoe, because it’s easily the smallest of our trio – being about the same size as a Volkswagen Polo – whereas the Leaf and e-Golf are, well, Golf-sized. Unsurprisingly, the Zoe is indeed the least spacious in the front, although tall drivers are unlikely to grumble about head or leg room in any of our contenders. 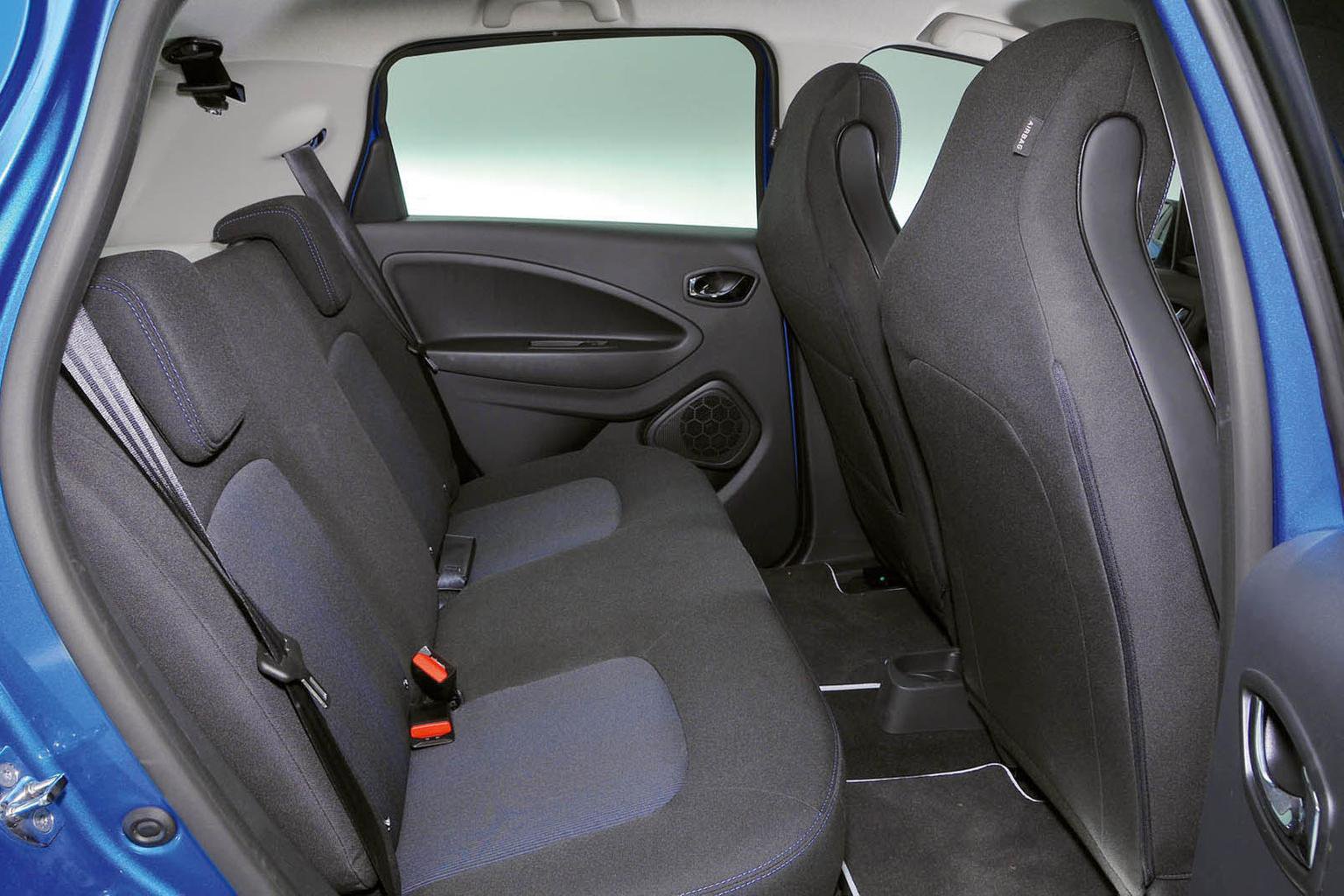 It’s the same story in the rear, where the Zoe again impresses least – particularly when it comes to head room. Try to squeeze a couple of six-footers behind you and expect to see their heads tilted to one side in your rearview mirror. Rear head and leg room are better in the Leaf, but if you regularly carry adults in the back, the e-Golf is the most accommodating of our trio.

The Leaf is best for luggage, though; it managed to swallow seven carry-on suitcases in our tests and has by far the longest load bay. The electric Golf has a smaller boot than conventionally powered versions (because of the battery under the floor). It tied with the Zoe by taking six carry-on suitcases, although the e-Golf is the only one of our contenders with a height-adjustable boot floor and, as such, has the flattest extended load area when the rear seats are folded down. 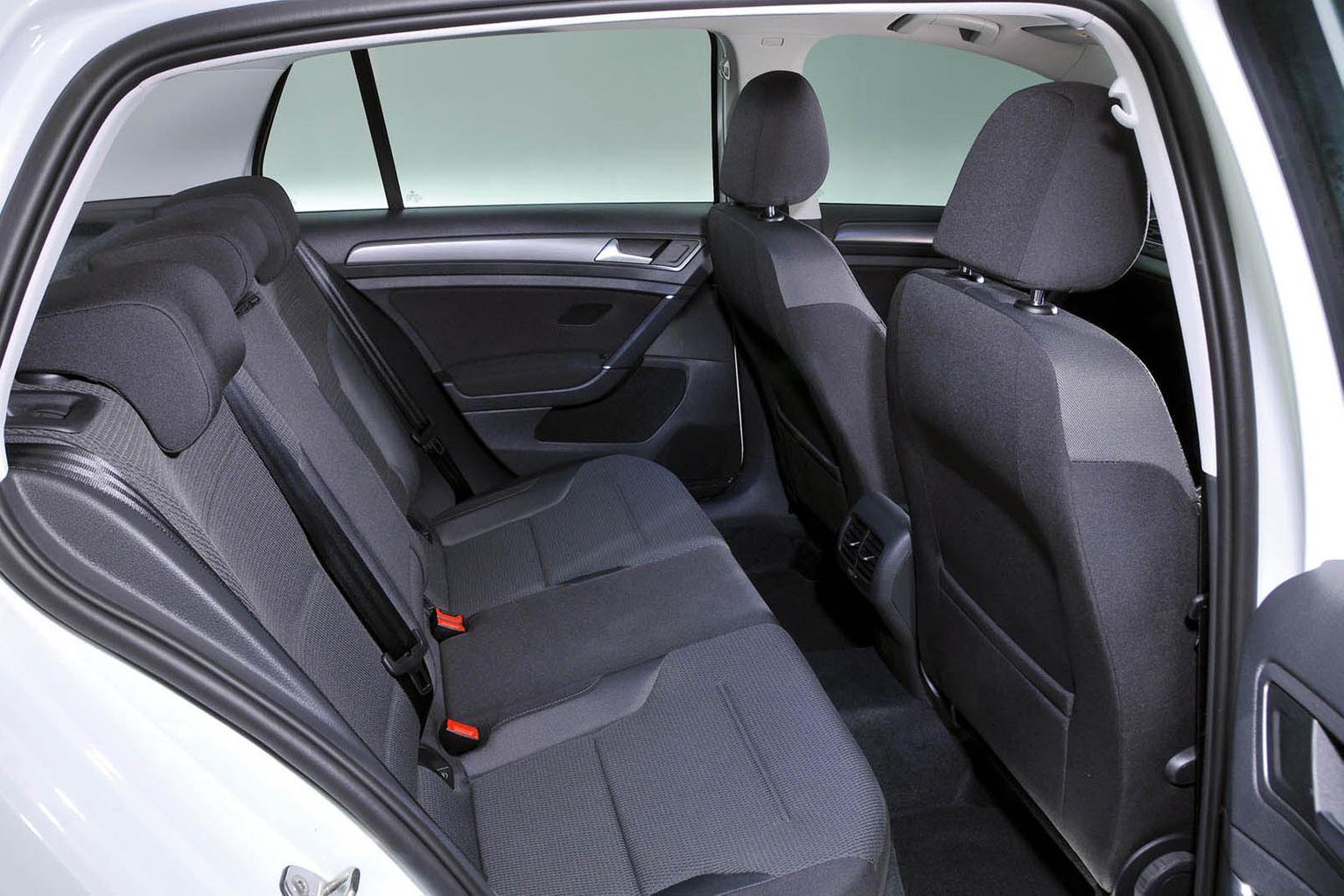 However, while all three cars have folding rear seats, the Zoe’s seatbacks fold in one cumbersome piece rather than in a 60/40 split. This means you can’t carry two passengers and, say, a couple of sets of golf clubs at the same time. There’s also no body protection at the entrance of the Zoe’s boot, making it easy to scuff the paintwork when loading and unloading. 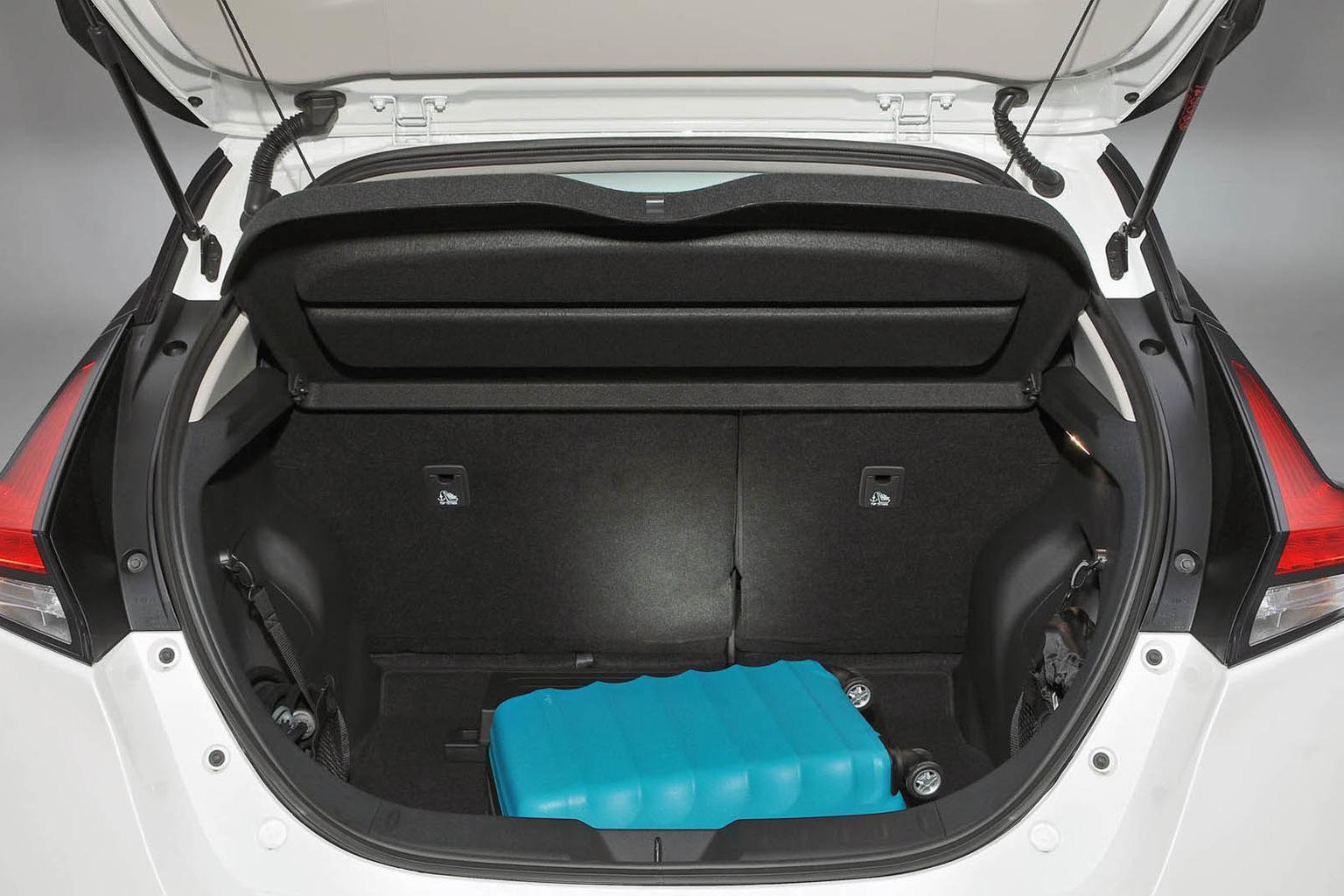 The Leaf has the biggest boot of the three and there are handy nets at the sides for stowing charging cables. The huge lip at the entrance is a pain, though. 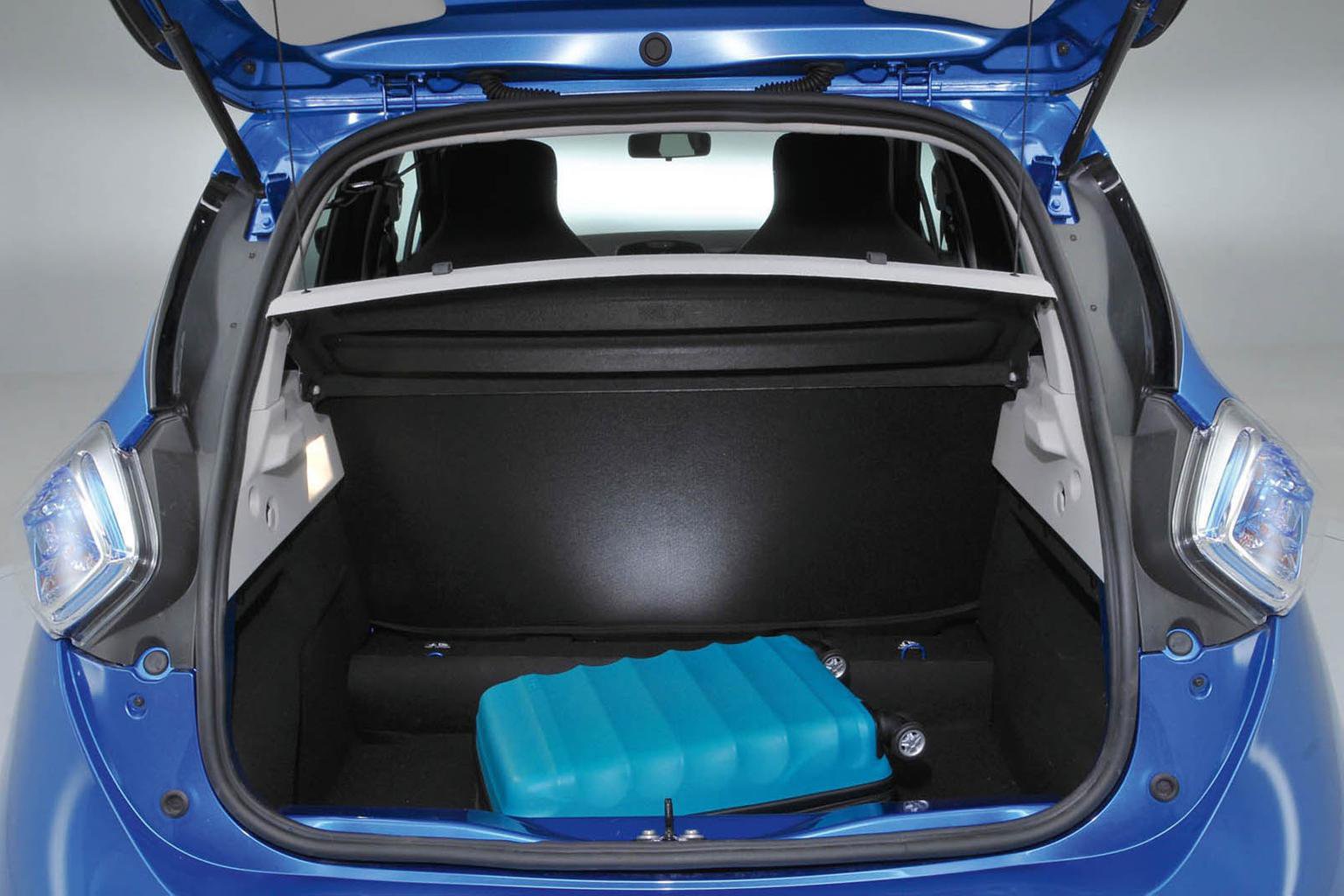 Zoe’s boot is the tallest here, but it’s by far the shortest and therefore has the smallest capacity. Absence of protection at the entrance means it’s easy to scratch the paint. 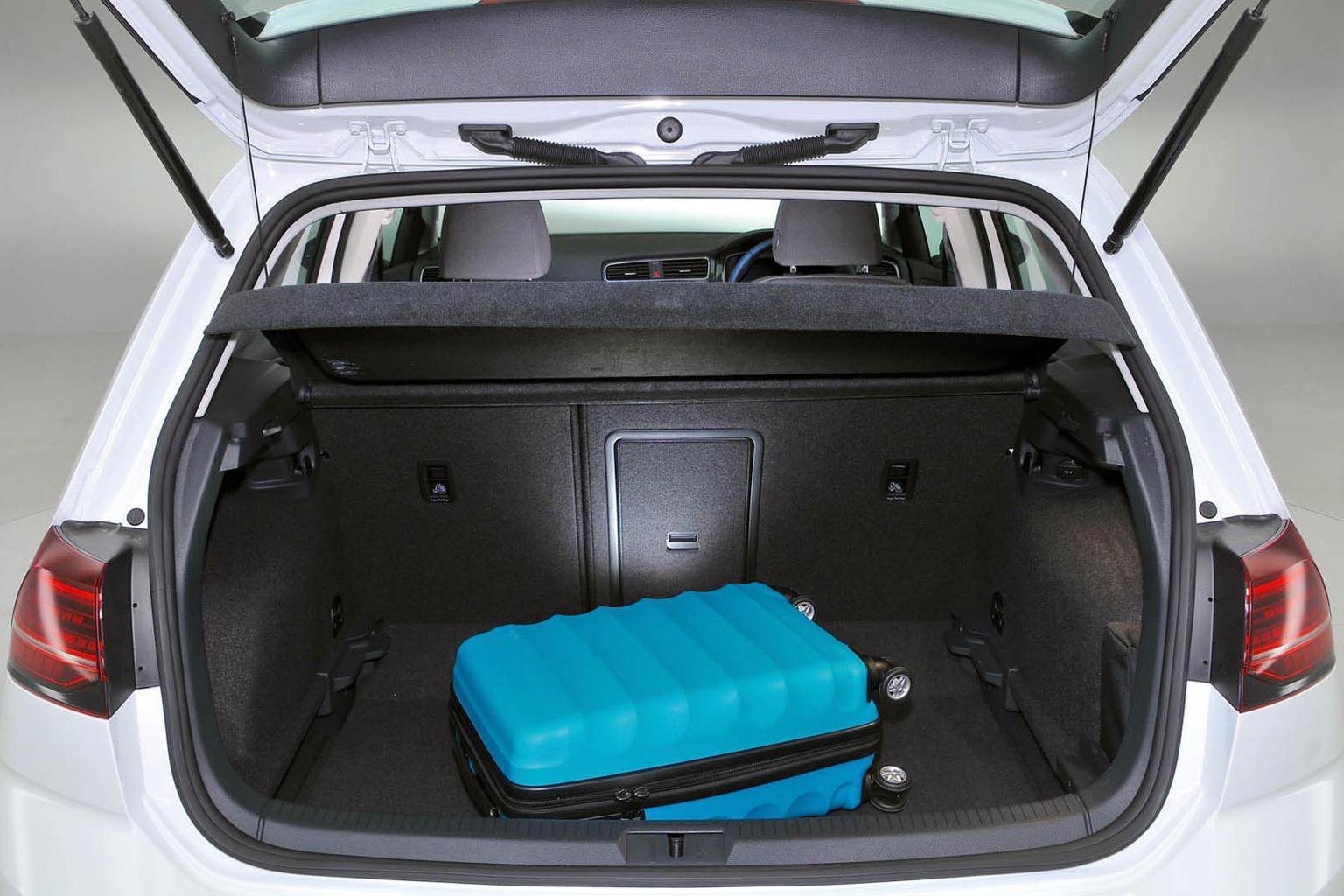 The e-Golf’s boot is fractionally bigger than the Zoe’s but is significantly longer. Standard height-adjustable boot floor reduces lip at entrance.