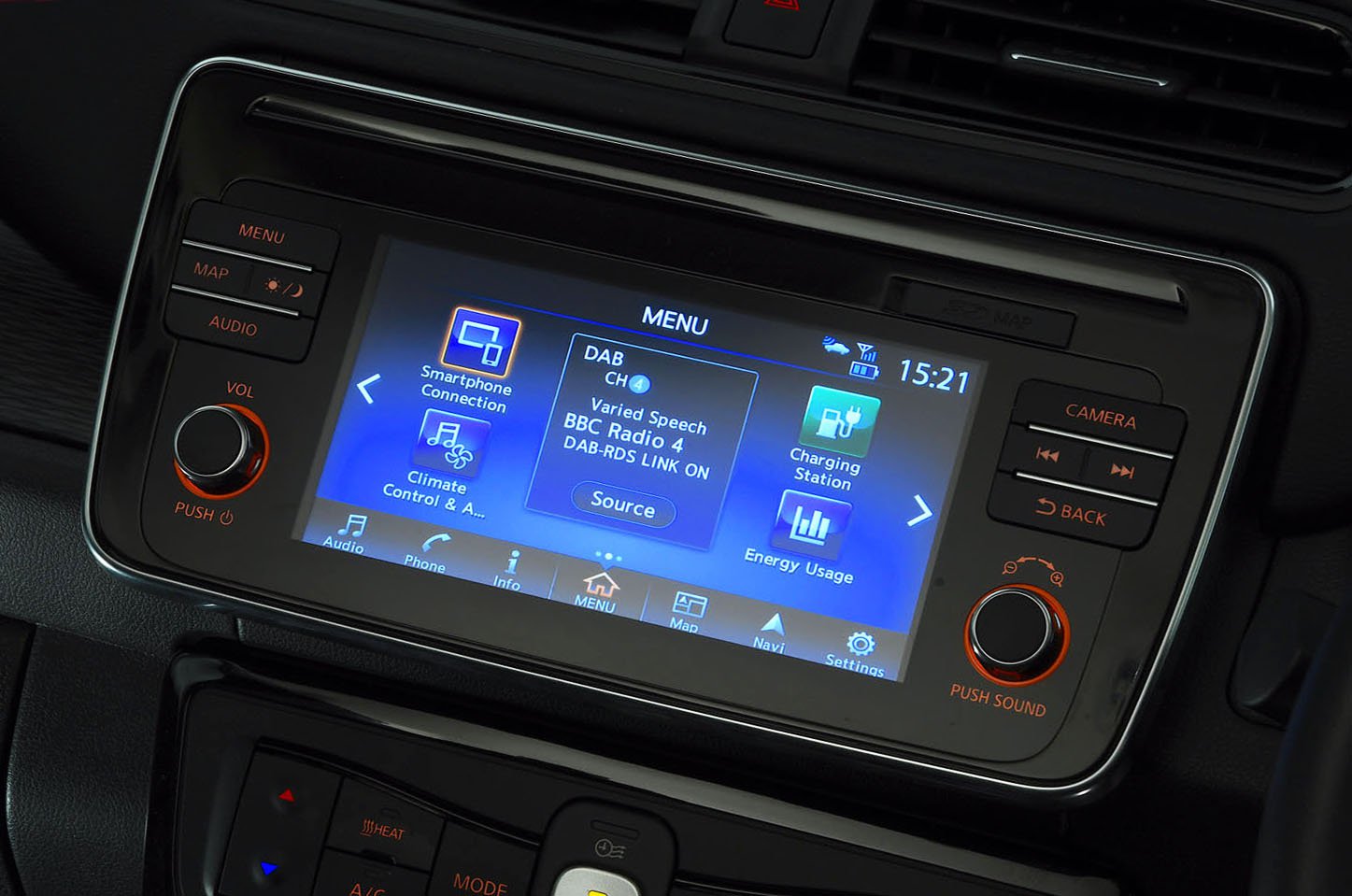 The touchscreen is mostly simple to use, thanks to its big icons and logical menus. The physical shortcut buttons that flank the display make it easy to hop between different functions, and we’re grateful that Nissan hasn’t bowed to the latest trend and swapped the volume knob for a fiddly touch-sensitive pad. Less impressive is the resolution of the display, which is nowhere near as sharp as the e-Golf’s and can be tricky to see in bright, sunny conditions. 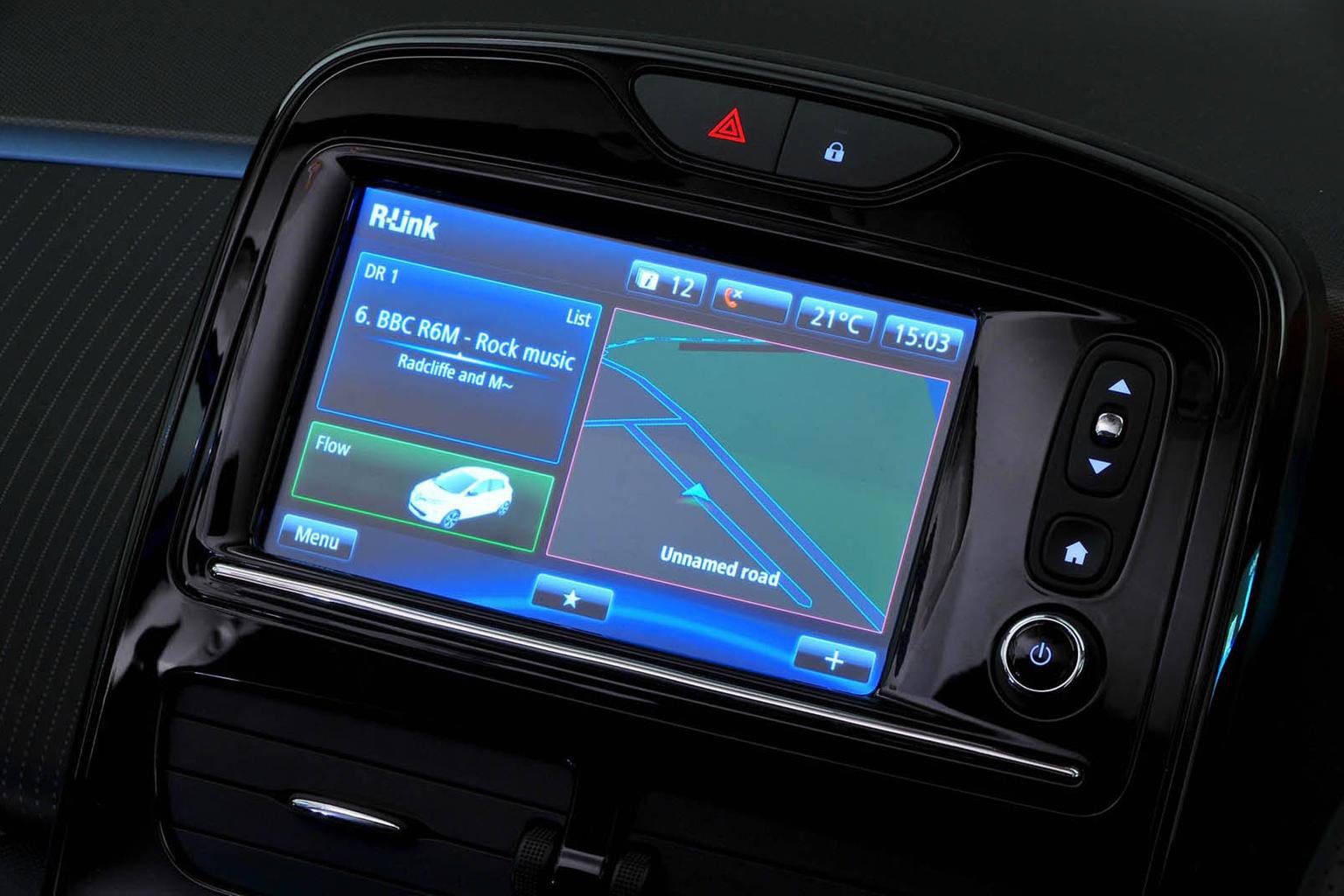 This is essentially the same system that’s been knocking around in the Clio since 2013, with a few added features specific to the Zoe’s electric powertrain. It’s far from the most sophisticated infotainment system in the world and misses out on Apple CarPlay smartphone mirroring, although you do get Android Auto. Despite having just four speakers, sound quality isn’t too bad. 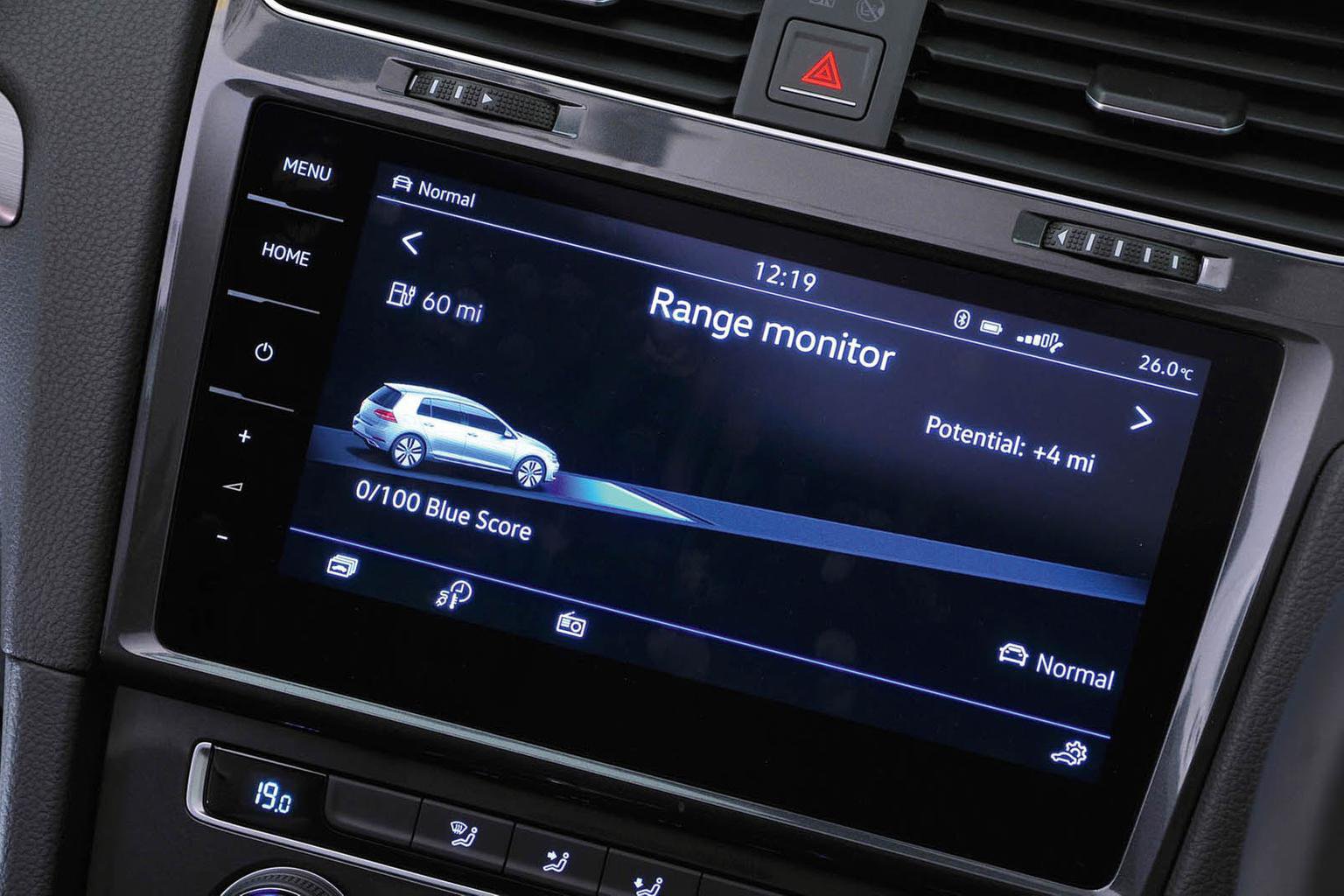 Volkswagen’s range-topping Discover Navigation Pro system comes as standard. That means you get a 9.2in touchscreen with graphics sharp enough to rival an iPad and it responds promptly when you prod it. The on-screen menus are mostly logical, although it’s a pity the shortcut buttons are touch-sensitive rather than physical. The fact that all the shortcuts are on the left side of the display means they’re a bit of a reach for the driver, too.