Read the latest updates on the What Car? long-term test fleet. We love our Picasso’s seats when they’re working, and the Civic Tourer’s economy mode impresses us... 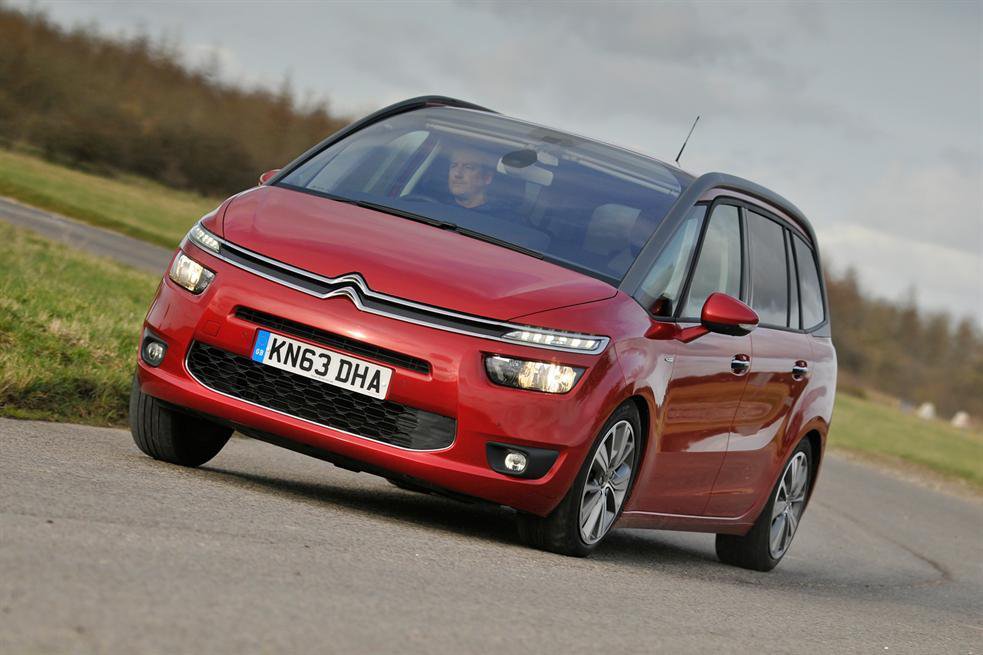 Every day, we take a look at a few of the cars that we are living with. Today, it's the turn of the Citroen Grand C4 Picasso and Honda Civic Tourer.

Our Grand C4 Picasso isn’t just big, it’s clever. It’s all very well having an MPV with seven seats, but if they don’t fold away (or pop up) easily, you’ll quickly get very frustrated.

However, our Picasso’s seating system couldn’t be easier to use. Each of the five seats in the second and third rows are individual, so they all fold and slide independently of one another. What’s more, there are several ways of manipulating the seats, so you can pick your own method.

The second row folds via handles on top of the seat backs, but they can also collapse by tugging a fabric loop at the bottom. Sliding can be accomplished with one of the folding mechanisms, or using a grab handle underneath the bases.

Unfortunately, we’ve only had a brief time to play with all of the configurations in full. One of the plastic levers to collapse the passenger side seat appears to have become detached from its spring below, rendering it temporarily useless. We’ll have to get the car looked at by a dealer just as soon as we can find a gap in the car's busy schedule.

Read all of our updates on life with our Citroen Grand C4 Picasso 1.6 e-HDi.

Deputy consumer editor Matthew Burrow is glad that our Honda Civic Tourer’s economy mode is designed to inform the driver rather than nanny them.