Renault Espace: best cars in the history of What Car?

We're looking back over the past half-century at the greatest cars launched since What Car? magazine first went on sale. Today it's the turn of the game-changing Espace MPV...

The trouble with old cars in a best-of list is that they’re, well, old. Compare a hatchback or SUV from the 1980s to its modern day equivalent and it’ll be slower, less safe and have far fewer electronically controlled niceties. So, why have I picked the first-generation Renault Espace?

For a car to be considered the best, it should go beyond being merely good or even clever. It needs to be an absolute game-changer that revolutionises not just the class it competes in, but cars as a whole. Sure, the Espace is no longer on sale in the UK, but you can see its influence in many of the best family cars on sale today, whether they’re MPVs, SUVs or even hatchbacks. 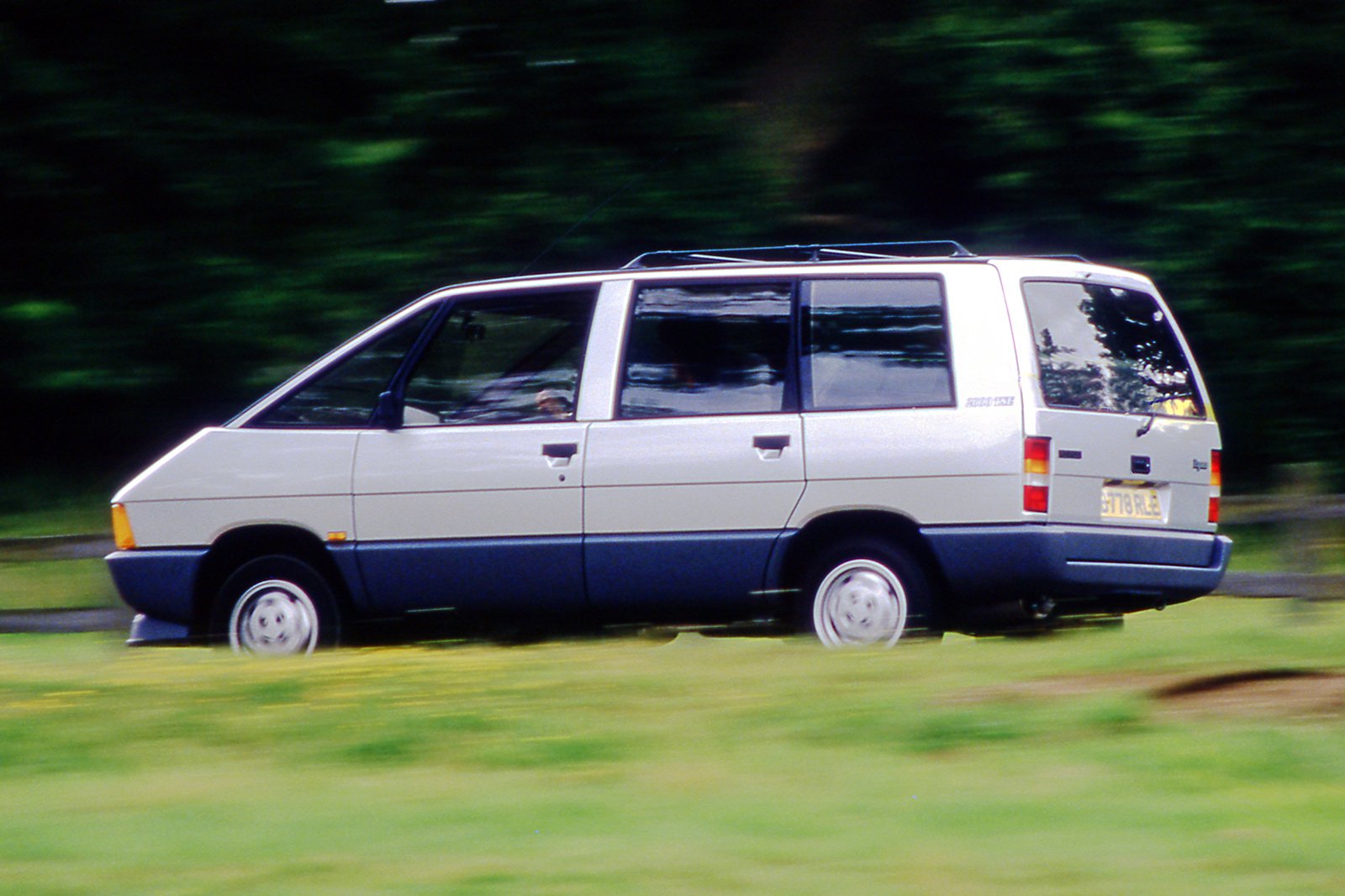 Up until the Espace’s UK launch in 1985, large families had to make do with either a crude van-based minibus or a regular estate car with a couple of chairs crammed in the boot. Not only did this limit the size of the occupant, they were often rear-facing, meaning parents couldn’t see what mischief their kids were getting up to. Not ideal.

But the Espace was designed from the very outset to carry seven adults in comfort while delivering a car-like driving experience. Originally conceived in the 1970s by Chrysler, the idea was developed by French firm Matra for the long-defunct Simca brand before that was sold to Renault. 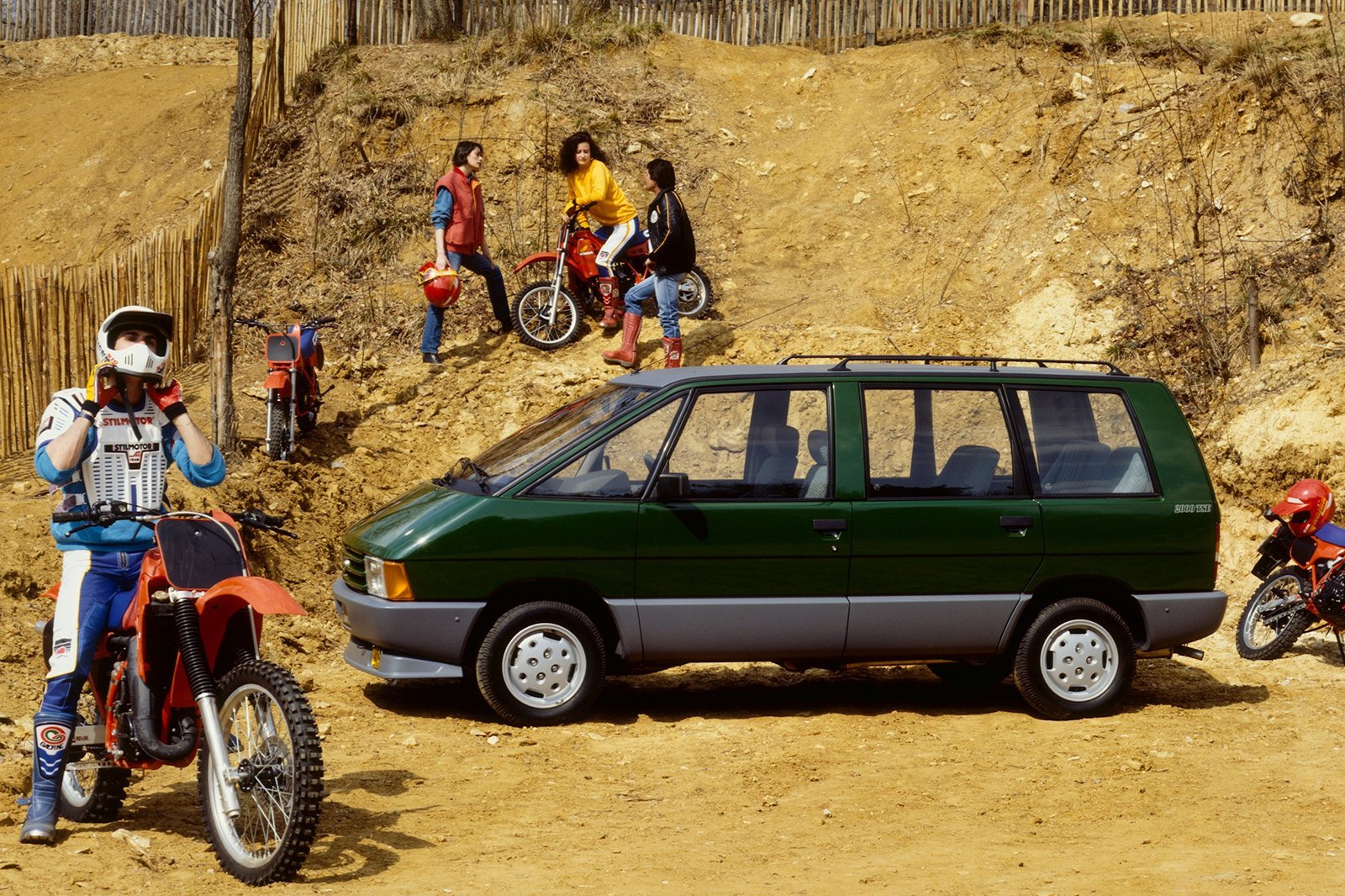 This rather convoluted development process could have ended in disaster, but it resulted in a car packed full of features that were almost unheard of. Each of the seven passengers got their own full-sized chair, with the five rear seats able to fold flat into a table or be removed from the car entirely. There was even enough room for adults to travel in the rearmost seats. And to add to the 'living room on wheels' feel, the front pews could be rotated to face the rears once you’d reached your destination. 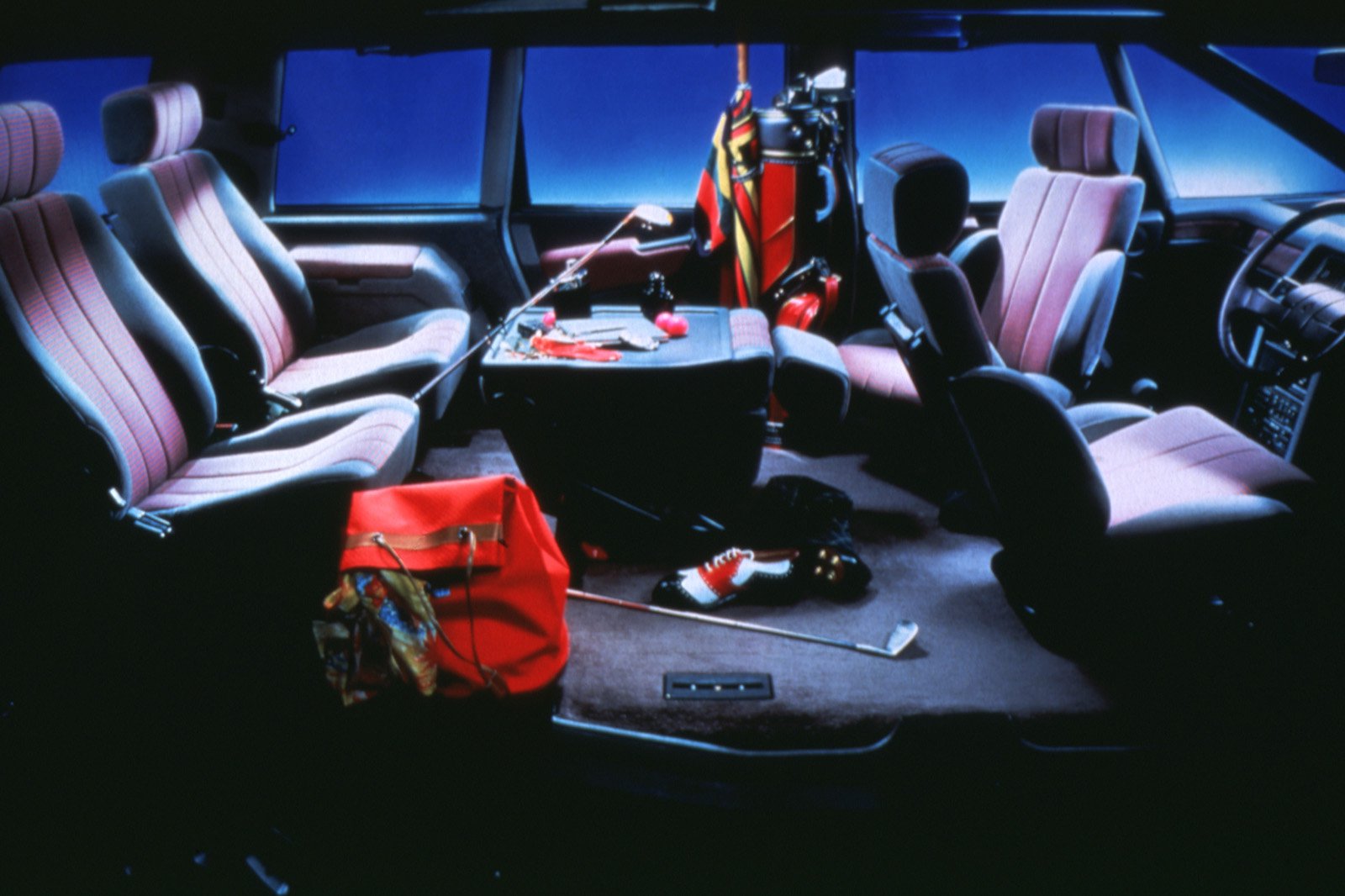 Although the boot wasn’t huge with all seven seats in use, the Espace had plenty of cargo space in five-seat mode and was positively van-like with all five rear seats removed. Because it had a flat floor behind the rear seats, sliding in long, heavy loads was also a piece of cake. What makes all of these features all the more impressive is that the Espace was shorter than the average family saloon at the time, so even parking it wasn’t much of an issue.

Unlike van-derived rivals of the time, which were slow, top-heavy and noisy at speed, the Espace was a revelation. Under the bonnet was a 2.0-litre petrol engine with 110bhp that gave a reasonable turn of pace and stayed hushed at a cruise. That angled nose helped the Espace cleave its way through the air fairly efficiently, too, so there was less wind noise than you’d expect from something much taller than a regular estate car. 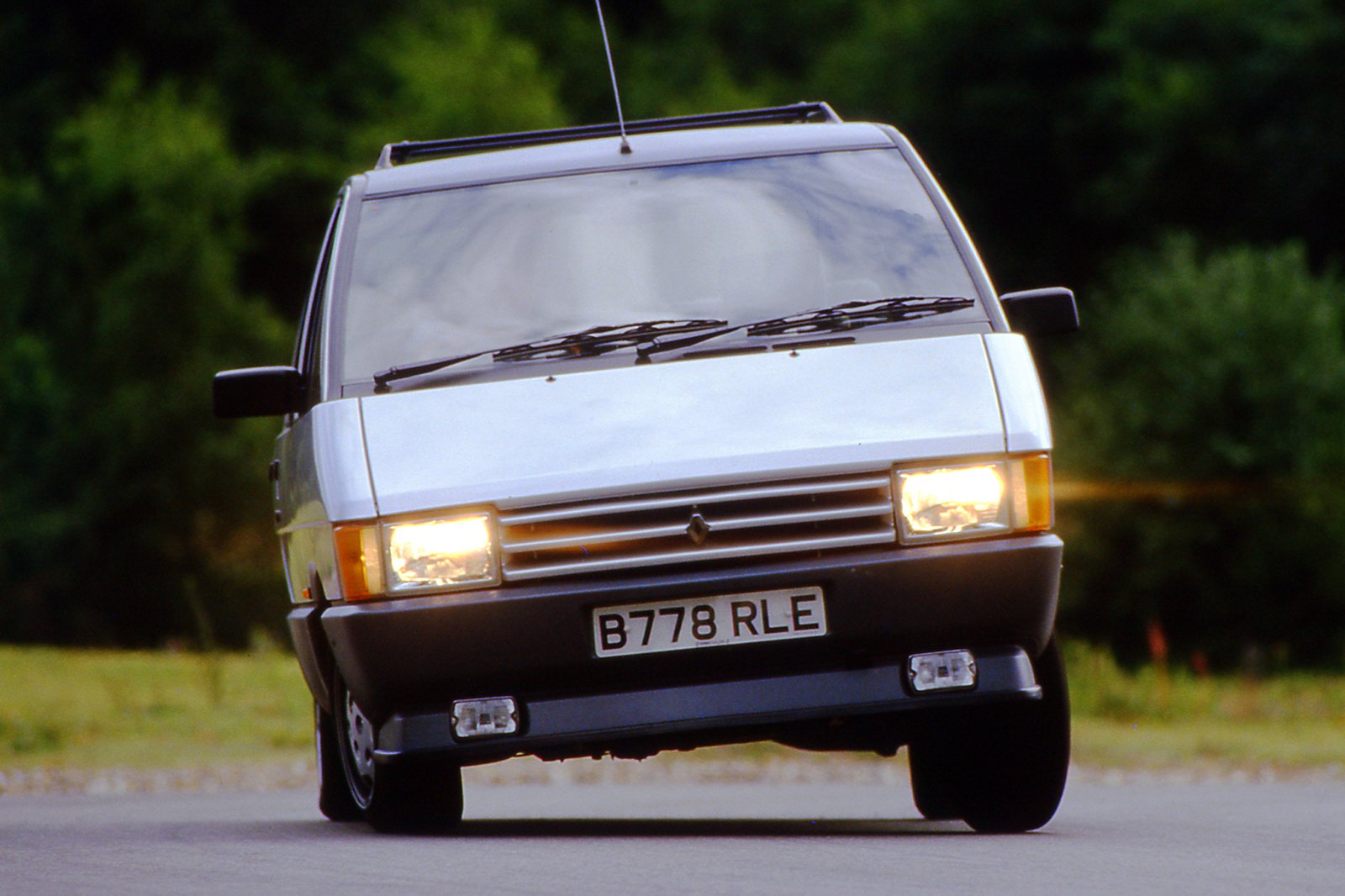 So it all falls apart in the bends, right? Not at all. We commented on the Espace’s “strong roadholding and surprisingly agile handling” when we compared it to its closest rivals of the day, which included a regular estate car (an Austin Montego) in 1985. Although it was a little firmer than some rivals, it was more than comfortable enough.

But it was to be 1986 that the Espace collected it’s What Car? gong for best estate car (there of course being no MPV category back then because this was the first of the breed). Indeed, at the time we commented that: “perhaps the main problem facing the InterCity-styled machine is how to classify it”. Even so, we were blown away by its abilities:

“The Espace is a people-carrier par excellence, able to seat seven in comfort when the optional extra seats are specified. And not just to seat its passengers comfortably, but also to convey them comfortably — fast, smoothly and with much refinement”. 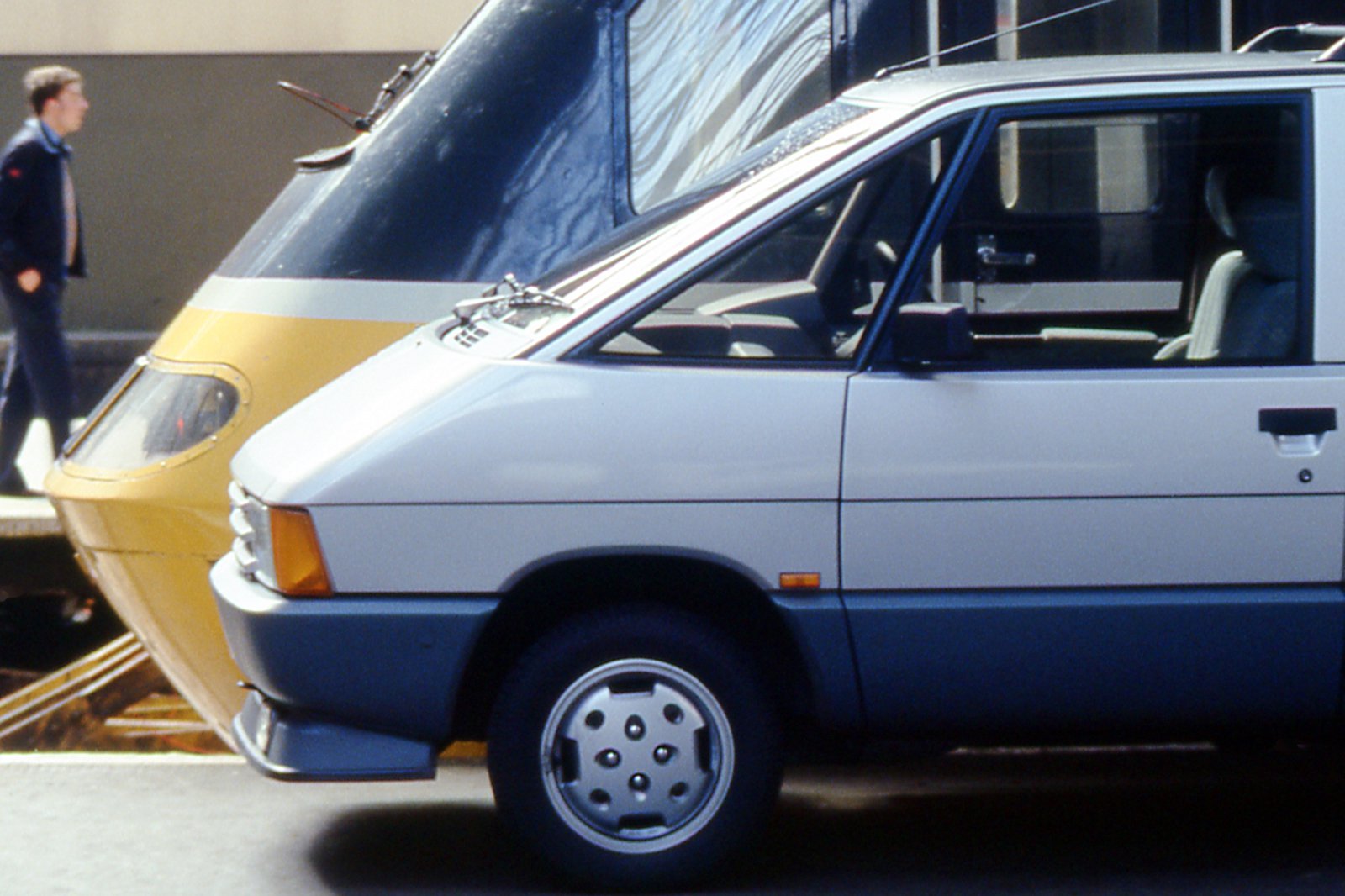 Although the SUV has most definitely replaced the MPV as the de rigour family chariot, the things we celebrated so much in the Espace are still copied to this day. Whether it’s the ability to accommodate seven people like the Peugeot 5008, remove the rear seats for more boot space as seen in the Skoda Karoq, or an uncanny ability to handle bends despite being quite tall, like so many modern SUVs and MPVs can, the Espace did it first.

Come back tomorrow to read about our next contender: the Ford Mondeo

Next: Read our full review of the 2020 Renault Grand Scenic >>