The Smart Fortwo Brabus and Smart Forfour Brabus have been revealed, and will go on sale in the UK in September.

Having made their public debut at the Beijing motor show, the new city car models both sport performance upgrades and bespoke styling. 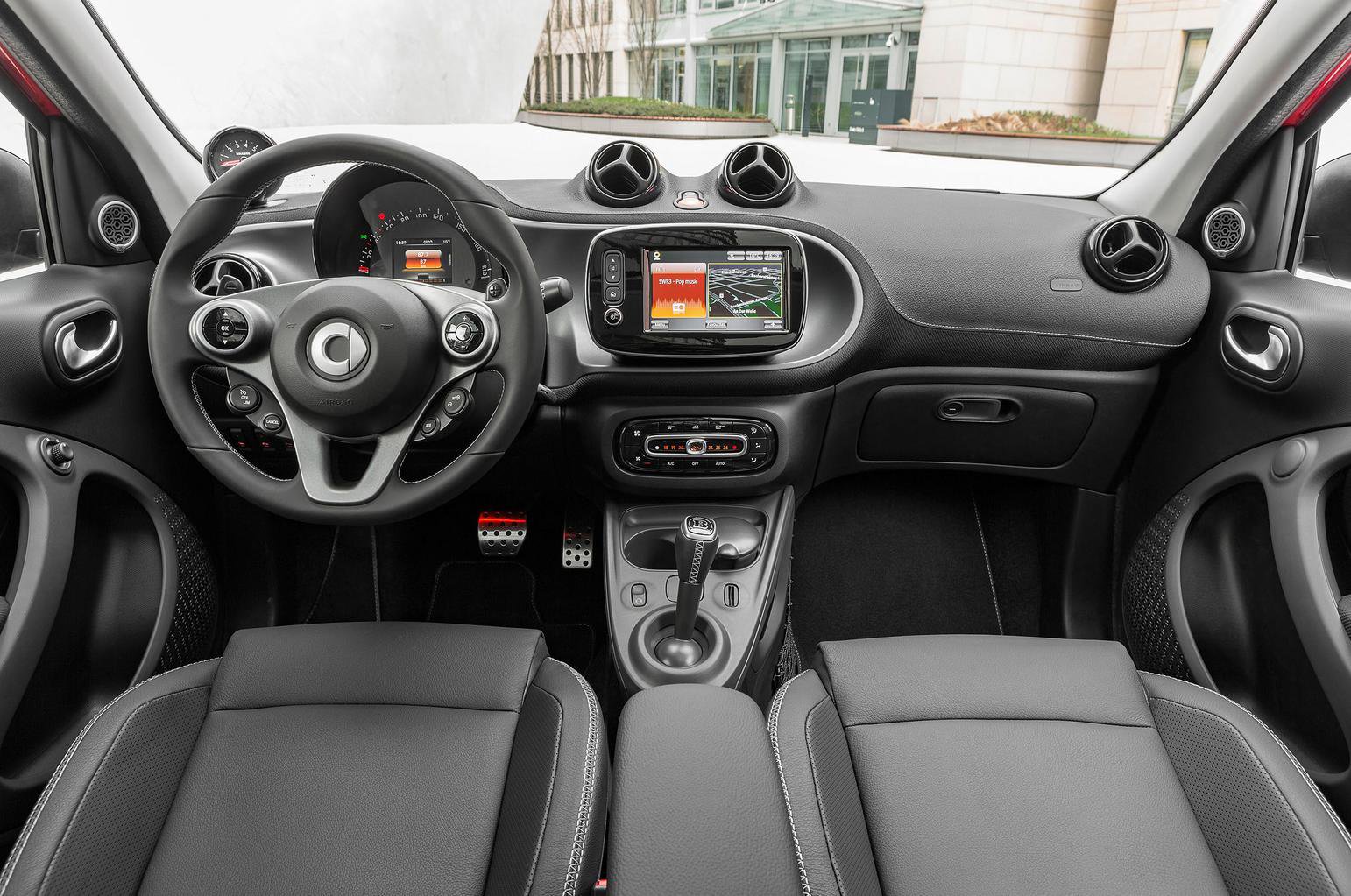 These three new Brabus models are based on the current Smart Fortwo coupé and cabriolet models, and the Smart Forfour. Brabus is a tuning company based in Germany, which has been producing warmed-up models for Smart owner Mercedes-Benz since 2004.

All three of the special Brabus models feature new front and rear bumpers, a new exhaust and Brabus alloy wheels. Thanks to these upgrades, the cars look suitably more aggressive than their standard counterparts.

As well as their styling upgrades and increased power, the new Brabus cars also receive a number of mechanical modficiations, chief among which is a new speed-sensitive steering system, which should make them more engaging to drive. 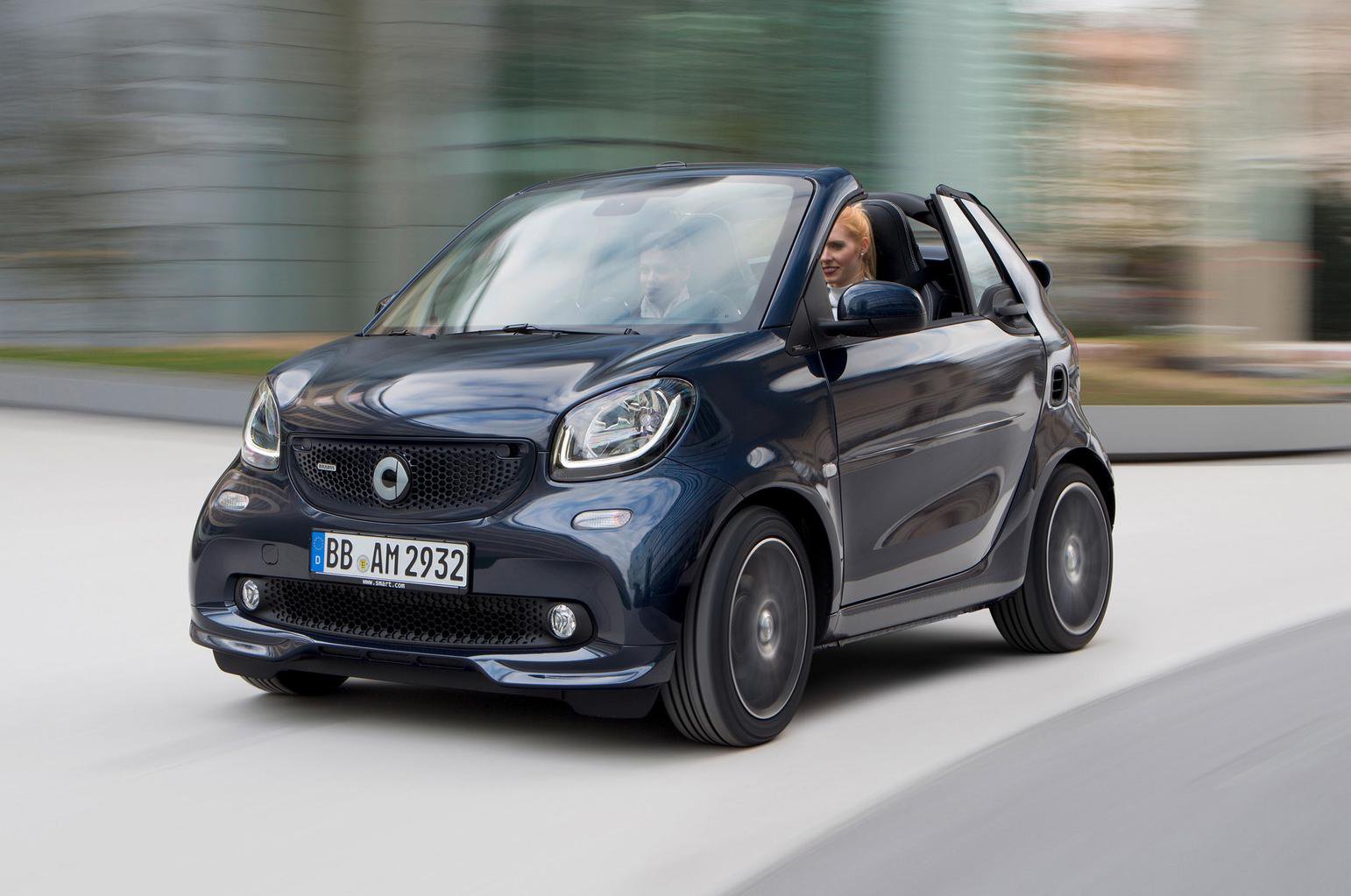 All three Brabus models are powered by a turbocharged 0.9-litre petrol engine with 107bhp - a full 19bhp more than is offered in other Smart cars. As standard, the cars all come with a six-speed automatic gearbox.

The Brabus-tuned Smart Fortwo coupé and cabriolet models are said to be capable of reaching 62mph from a standing start in 9.5sec, with a top speed of 103mph. The Smart Forfour, meanwhile, manages the same sprint in 10.5sec and has a top speed of 112mph.

Official fuel economy for the Brabus cars is down only slightly on their regular counterparts, with the Fortwo returning up to 62.8mpg in coupé form, and the Forfour returning up to 61.4mpg. All three cars emit less than 105g/km of CO2.

Changes to the Smart Fortwo and Forfour's interior are very light and focus around new Brabus badging. The rest of the interior is unchanged, meaning drivers get the same central infotainment screen and dashboard layout as in the standard cars. 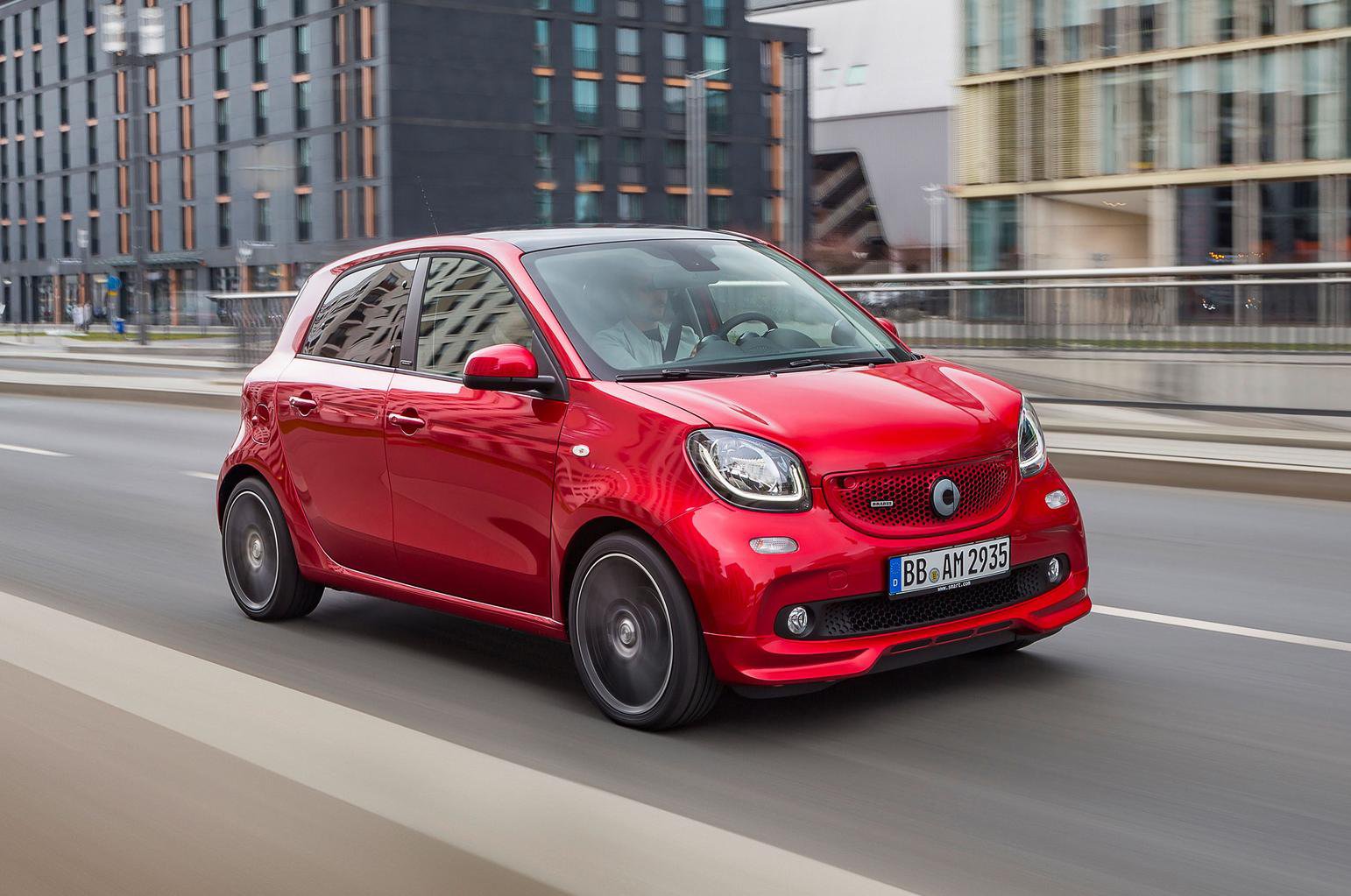 Smart has yet to reveal any official pricing for the Brabus Fortwo and Forfour models, but we expect prices to start at between £17,000-£18,000, with the larger Forfour costing slightly more. In comparison, the standard Fortwo costs from £11,125, and the Forfour is priced from £11,620.

The Brabus-tuned Smart Fortwo exists in a niche all by itself, but the larger Forfour is a rival for the likes of Ford's Fiesta in 1.0 Ecoboost form. Ford produces a warmed-up version of the Fiesta with 138bhp, dubbed the Red Edition, which would likely be the Brabus Forfour's closest rival, alongside hot hatchbacks like the Suzuki Swift Sport.