The fact that the Smart car was already a common sight on our roads even before the company started officially importing them is a good indicator that many people love this car.

This affinity was largely due to the car's funky looks and hip, eco-friendly image. It had other talents, too, but it also had some big failings.

On the plus side, despite being two feet shorter than a Mini, there's sufficient room for two six-footers to sit in comfort, and enough space in the boot to stow a small amount of luggage. Safety provision is excellent for a car of this size, and cheap running costs are another big draw. It's also a doddle to park.

On the minus side, it's not great to drive, though. The engines are never anything more than sufficient, and the handling is stodgy. The ride is poor, too, bouncing over bumps in an ungainly fashion, while the six-speed semi-automatic gearbox makes for jerky progress. Refinement is poor, too. 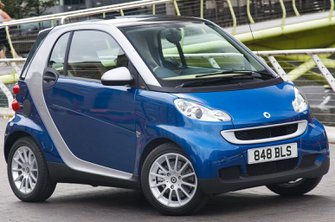