* Subaru shows off the future of its Legacy saloon * Legacy Concept is making its debut at the Los Angeles motor show * No confirmation of UK arrival yet... 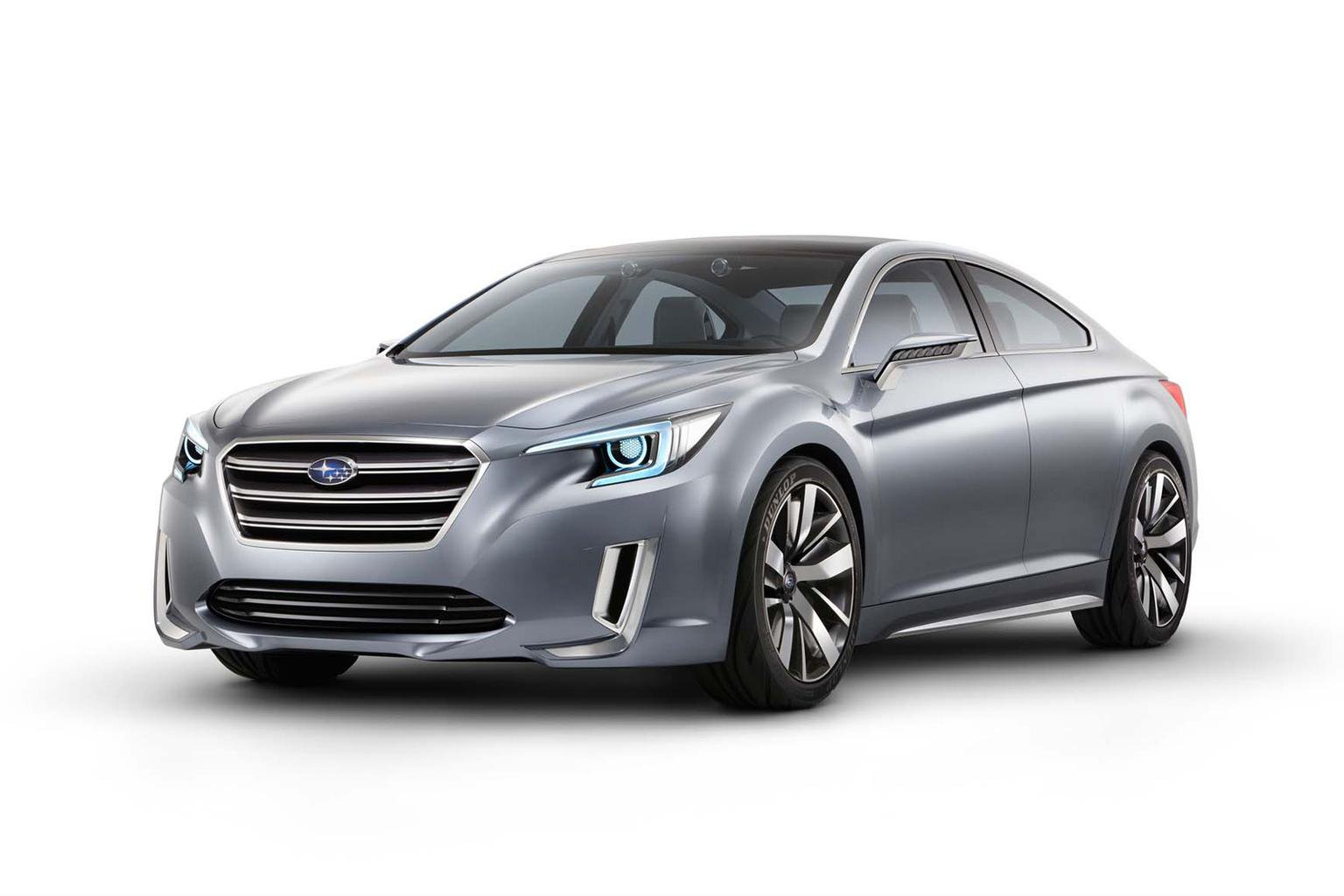 This is the Subaru Legacy Concept, a Los Angeles motor show car that gives a strong indication of how the future Legacy production model will look.

The Legacy Concept features the same hexagonal front end that appeared on the Viziv concept that Subaru released at the Geneva motor show earlier this year.

This saloon concept features a coupe-like roofline and side profile, and also comes equipped with Subaru's all-wheel drive system.

Subaru claims the Concept is one of the most high-tech models it has ever made. Its interior, which is finished in brown leather, features a smartphone-style centre console that extends to the rear of the cabin. The Legacy is designed to carry four adults in comfort, and Subaru says that it aims to offer a sporty, driver-focused atmosphere.

It also gets Subaru's 'Eyesight' system, which monitors the road ahead and recognises dangerous situations.

Subaru has yet to release any information on when the new generation of Legacy will make it to production, and there's no indication yet on whether it will come to the UK.