The most-read new car stories from the past 12 months, including the Jaguar XE, Land Rover Discovery Sport and Volvo XC90... 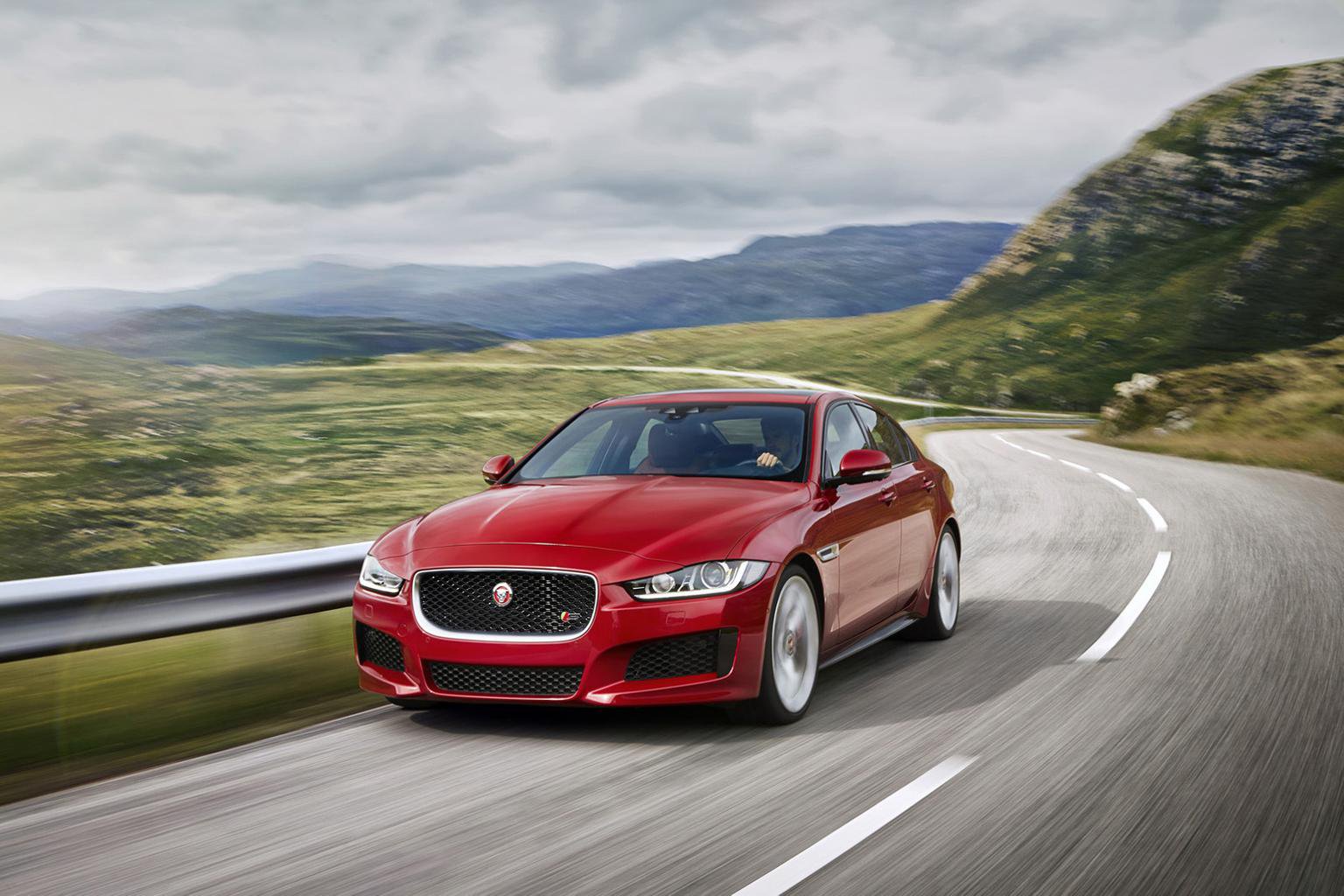 The cars below are the most-read new car stories on our website over the past 12 months. Read on to find out which cars the readers of whatcar.com were most interested in in 2014.

The Jaguar XE was the most-read new car story on whatcar.com over the past 12 months. Revealed in early September and set to reach dealerships in May 2015, the XE is targeted squarely at the BMW 3 Series. It gets a new chassis, new ‘Ingenium’ diesel engines, a new interior and infotainment system, and will be available with CO2 emissions as low as 99g/km. BMW is already planning its response, though – a 99g/km version of the 3 Series will be offered at the same time as the car gets a mid-life face-lift in mid-2015.

The Discovery Sport replaces the Freelander in Land Rover’s line-up as its entry-level SUV. It’s built on the same underpinnings as the Evoque but gets a compact new rear suspension system, which frees up enough space for two extra seats in the boot, making it a seven seater. It reaches dealerships in January with an existing diesel engine from the Freelander; you’ll have to wait at least six months for the high-tech, low-CO2 new engines from the Jaguar XE, however.

The XC90 will finally be replaced in 2015 with an all-new model. Like the current car it’s a seven seater, but the similarities largely end there. The XC90 is more luxurious, more efficient, more spacious and has a completely new look for Volvo inside and out. Priced from £45,785, the XC90 line-up will include a T8 plug-in hybrid four-wheel drive version, which has a power output of 394bhp but CO2 emissions of around 60g/km. Ground-breaking safety technology also makes its way onto Volvo’s new flagship.

The Edge is a newcomer to Ford’s European range, and is being offered here as part of the firm’s policy of selling each of its cars globally. The Edge is larger than the Kuga, so will be the biggest SUV Ford sells in the UK when it reaches these shores in September 2015. It is built alongside the Mondeo and S-Max, so is similar in size to this pair. The biggest-selling model is likely to be the 178bhp 2.0-litre diesel version, which has a six-speed manual gearbox and projected CO2 emissions of 149g/km.

Honda will be the latest firm to launch a rival to the Nissan Juke when the HR-V goes on sale in the summer of 2015. The model was previewed with a prototype version in October, and the full production version is scheduled to appear at the Geneva motor show in March. Details are thin at this stage, but the 1.6-litre diesel from the Civic is likely to be the most popular engine option, and the ‘magic seat’ system from the Civic and Jazz that allows the second row of seats to fold completely flat is likely to appear.

An all-new version of Ford’s stylish seven-seat MPV will reach the UK this summer. Ford has given the S-Max an interior with simplified controls - a cabin it shares with the new Mondeo. In the back, the two rearmost seats are easier to access thanks to a new seat-folding mechanism. Each of the five rear seats can fold individually, and the middle row can slide fore and aft. New technology includes a hands-free tailgate, operated by waving your foot underneath the rear bumper. A 2.0-litre diesel engine with three power outputs will be offered, with CO2 emissions from around 120g/km.

The Mondeo is another large Ford that makes the list of the most popular new models you’ve read about in 2015. Once Britain’s most popular company car, the Mondeo’s market share and popularity has been squeezed by the likes of the Volkswagen Passat and BMW 3 Series in recent years. In the new Mondeo, the base 1.6-litre diesel has CO2 emissions of just 94g/km, and there are competitive leasing rates available. However, early drives have revealed it to be not as good to drive as the new VW Passat.

The Passat joins its chief rival, the new Mondeo, on the list of your most viewed cars of 2014. The new Passat is lighter and more efficient than the car it replaces, despite a small increase in size. The wheelbase is longer, however, which frees up more passenger space. Boot space is also increased in both saloon and estate versions. The diesel-only engine line-up includes a sub-100g/km version and a new 238bhp twin-turbo range-topper.

The new Fabia is arriving in Skoda dealerships in January 2015. It’s a little bigger than before, which has made for a more spacious cabin. It is also more spacious than chief rivals including the Ford Fiesta and VW Polo, the Fabia also trumping these cars on list price and is very competitive on CO2 emissions. The range includes a standard five-door hatchback and a compact estate, but there is no sporty vRS version this time around.

The Taigun is perhaps a surprise inclusion on this list, considering it is at present only a concept car with no official confirmation of production. The Taigun is a compact SUV based on the Volkswagen Up. It was first seen as a concept car in 2012, and developed into a second concept car in 2014. A production version is understood to be under consideration for 2016, aimed chiefly at emerging markets but European sales should also be expected.