This is where the Volvo XC90 really comes into its own. As we’ve said, it’s the only plug-in hybrid that’s available with seven seats, whereas in the BMW X5 there’s no option to add a third row as you can with other versions. The XC90 also has a much more flexible middle-row seat layout, giving it a clear advantage when it comes to practicality.

The XC90’s three individual middle-row seats – split fairly evenly in a 35/30/35 arrangement – not only slide forwards and backwards, allowing you to prioritise boot space or rear leg room, but also recline. As for the X5, its rear seats are fixed, but the 40/20/40 rear seatback split is still convenient.

When it comes to interior space, both our contenders are well endowed; even taller folk will be able to stretch out in comfort in the front. Behind them, the XC90 has more leg room when its middle-row seats are slid all the way back, while the X5 offers more head room. But whichever car you pick, a six-footer will be able to fit behind another and still remain perfectly comfortable. Middle-seat passengers will prefer the X5, due to its almost flat rear floor; there’s a hump to straddle in the XC90. 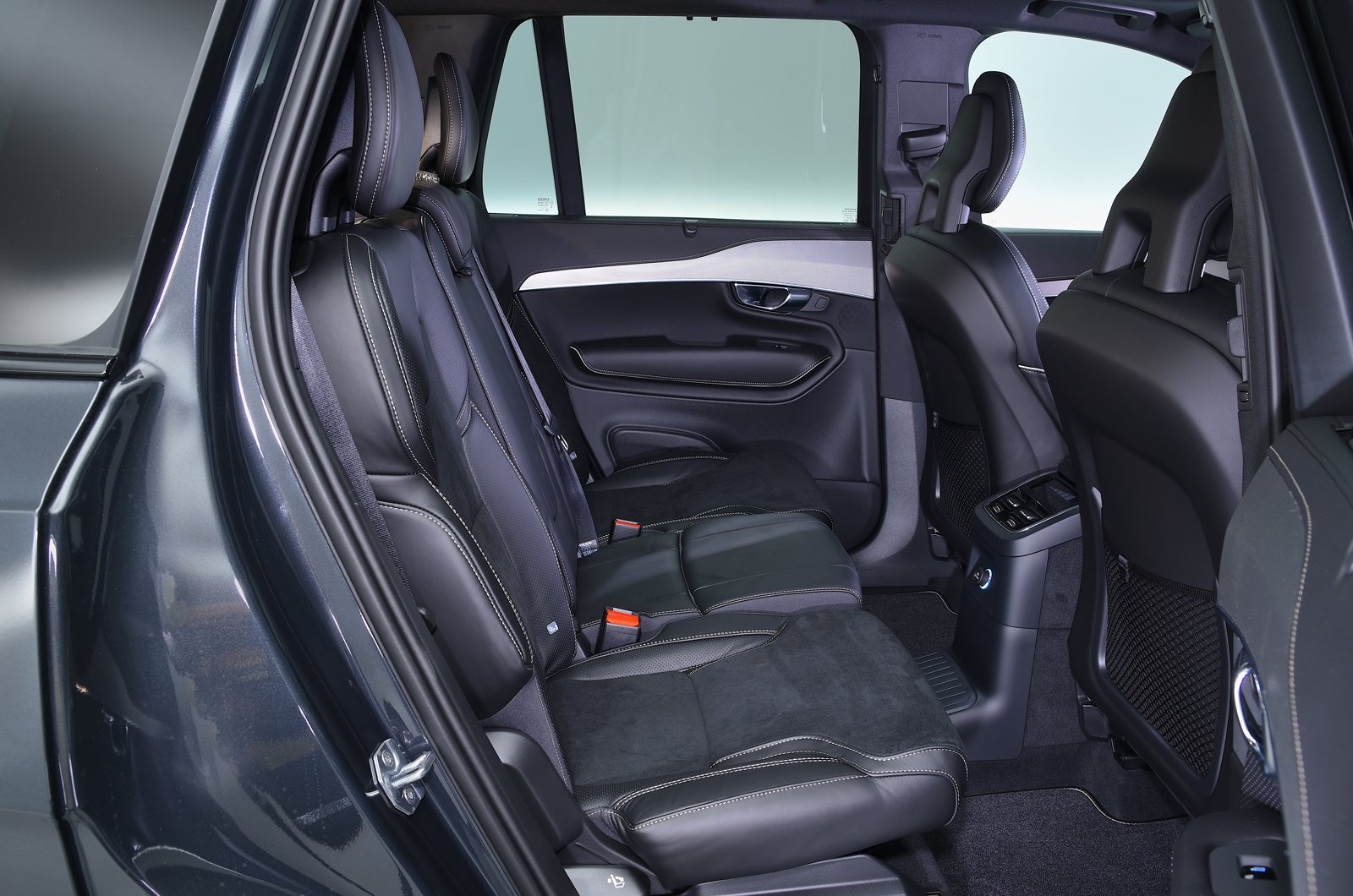 While the X5 rules itself out as a seven-seater, there’s plenty of room for kids in the XC90’s third row; even normal-sized adults will be fine on shorter journeys. Our only grumble is that access to the third row is a little tight.

The XC90’s boot is barely compromised in hybrid form, either, with the T8 losing only 40 litres of space compared with regular versions – roughly equivalent to a carry-on suitcase. The hybrid X5 is hit harder, losing 150 litres of space compared with other versions, with a higher boot floor and less underfloor storage space. The result is that while the X5 can swallow a still-decent nine carry-on cases, the XC90 can hold an even more impressive 10.

For convenience, the BMW X5’s rear seatbacks can be folded down via levers inside the boot. The Volvo XC90 only has release levers on the tops of the seatbacks, requiring you to go around to the side doors to operate them, unless you’re exceptionally tall. 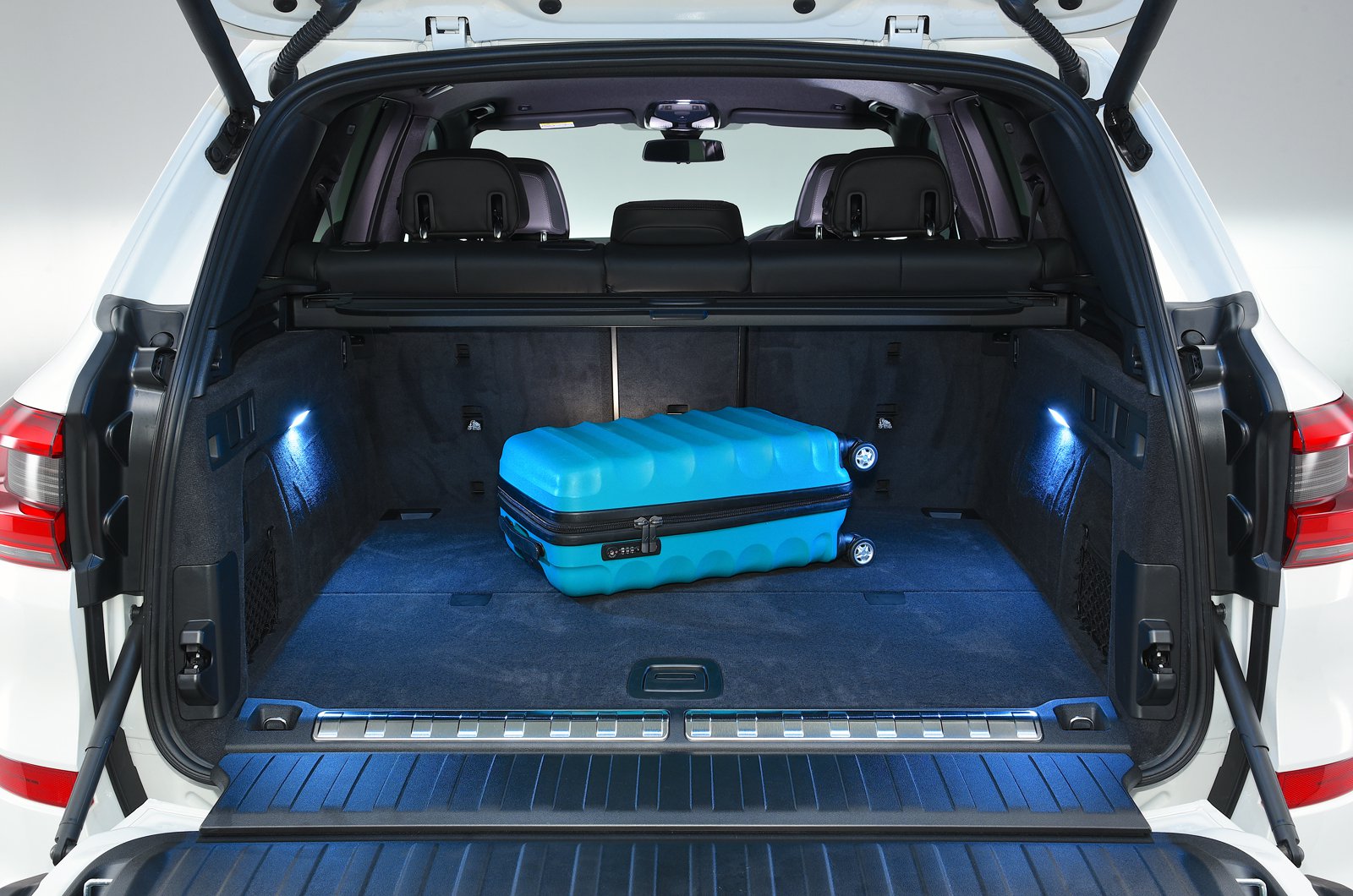 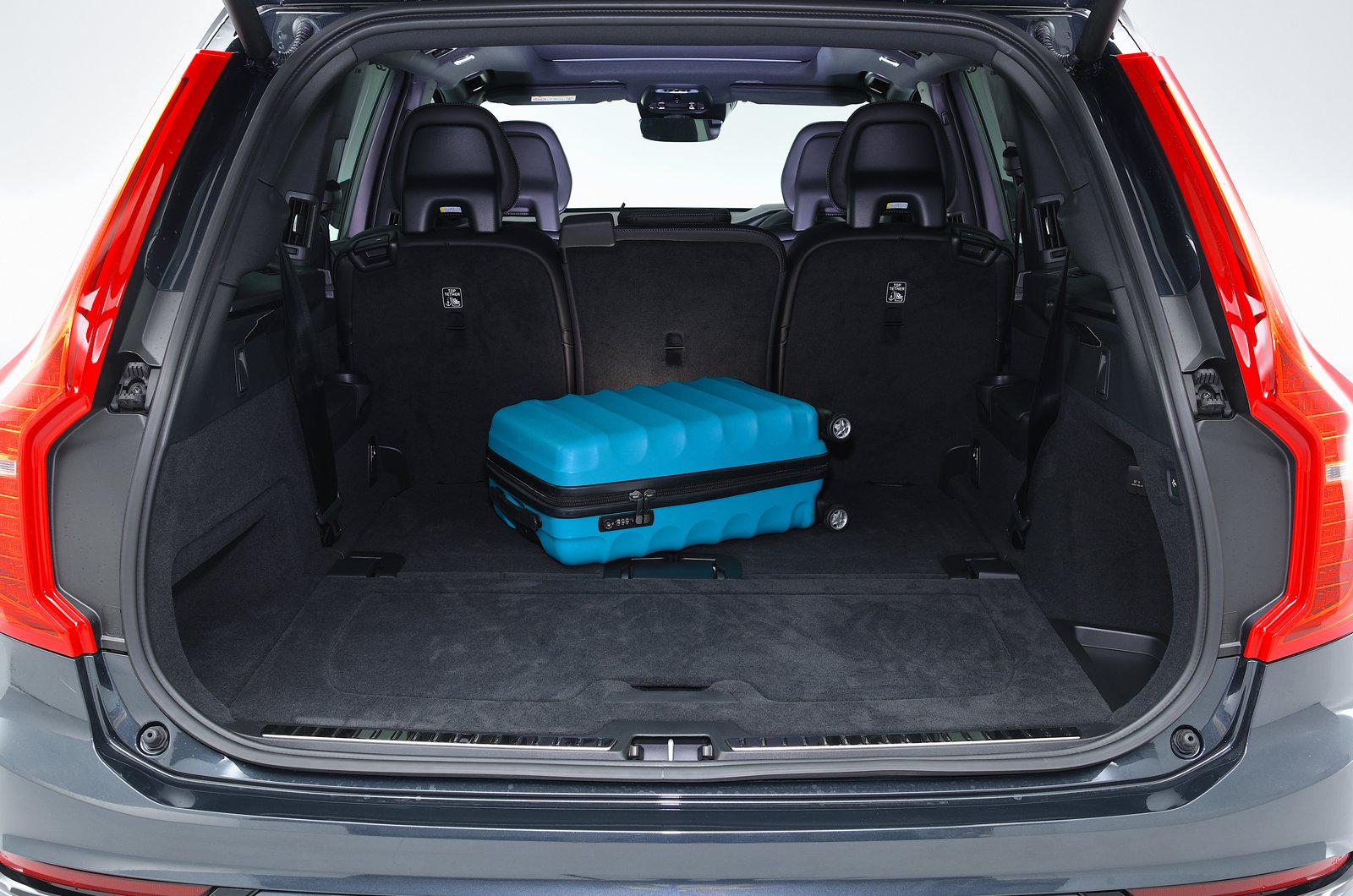 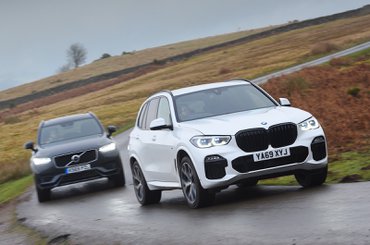 Want a luxury SUV but can’t stomach the fuel and tax bills? One of these plug-in hybrids from BMW and Volvo might be the answer