Both contenders have lofty seating positions with fine visibility all round, courtesy of big windows. With a great range of electric adjustment in their driver’s seats and lots of height and reach adjustment for their steering wheels, finding an ideal driving position is a doddle in both.

Our BMW X5 test car came with ‘Comfort’ front seats that are part of the Comfort Package. That also brings heated rear seats, rear sunblinds, keyless entry and even heated and cooled cupholders, which are very effective. Both cars' driving seats are exceedingly comfortable, even after hours in the saddle, although we prefer the X5’s slightly squishier seat base. 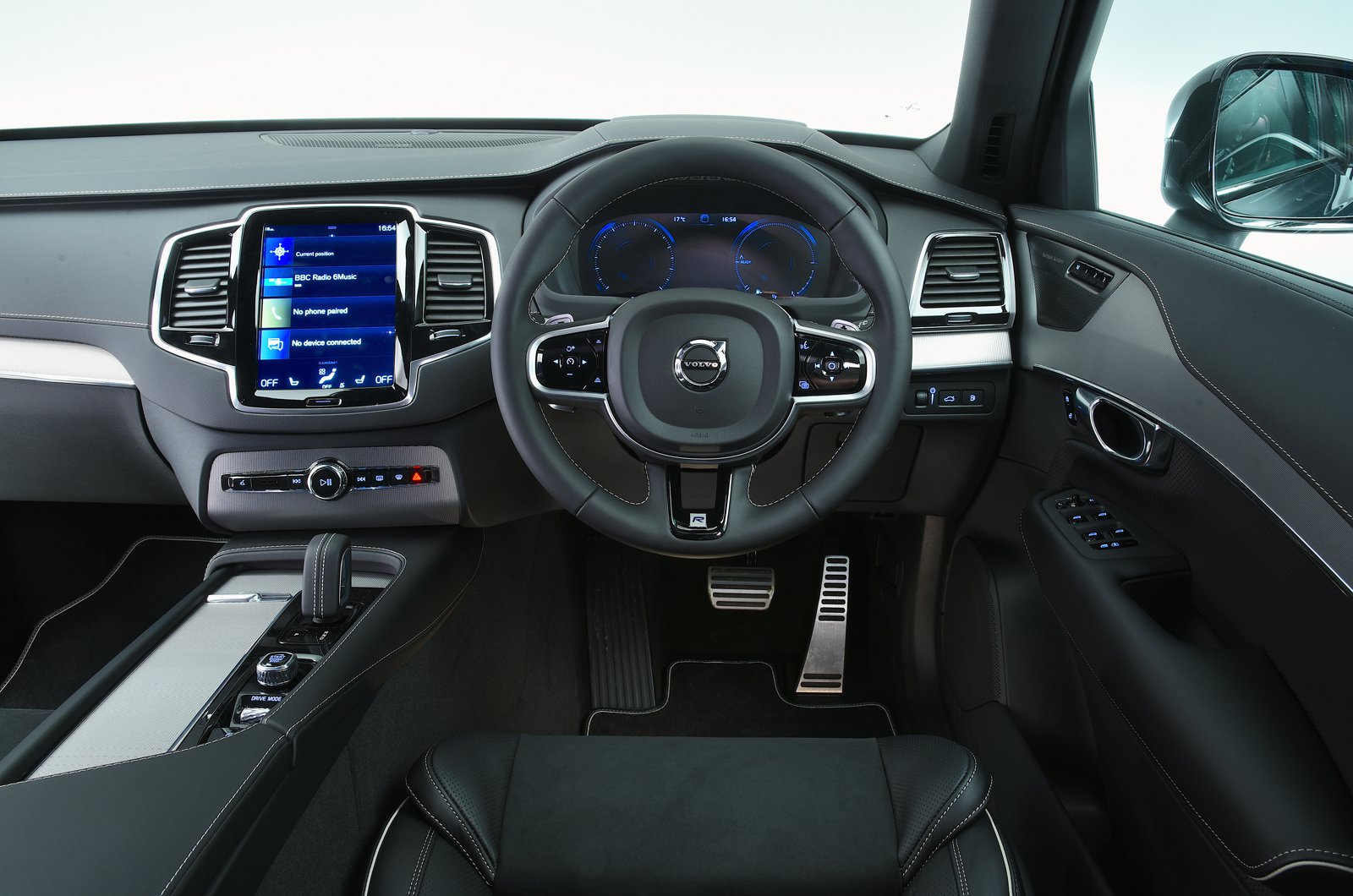 Handily, both cars have a memory function for the driver’s seats and door mirrors, so sharing the car with a partner who’s a different height to you needn’t cause any grumbling. Front and rear parking sensors are standard on both, as are reversing cameras.

Both SUVs look flash inside, thanks to faux-leather-wrapped dashboards and door panels, real leather seats, digital instrument panels and dense plastics. However, the X5’s materials are that bit richer, its switches and knobs work slightly more pleasingly and its digital displays are noticeably crisper.

The BMW X5’s digital dials are also more sophisticated than the Volvo XC90’s rather limited display, which can only show a map or music information in the gap between the ‘dials’. That said, the X5’s instruments feel a little like a case of style over substance; they're not as legible as we’d like 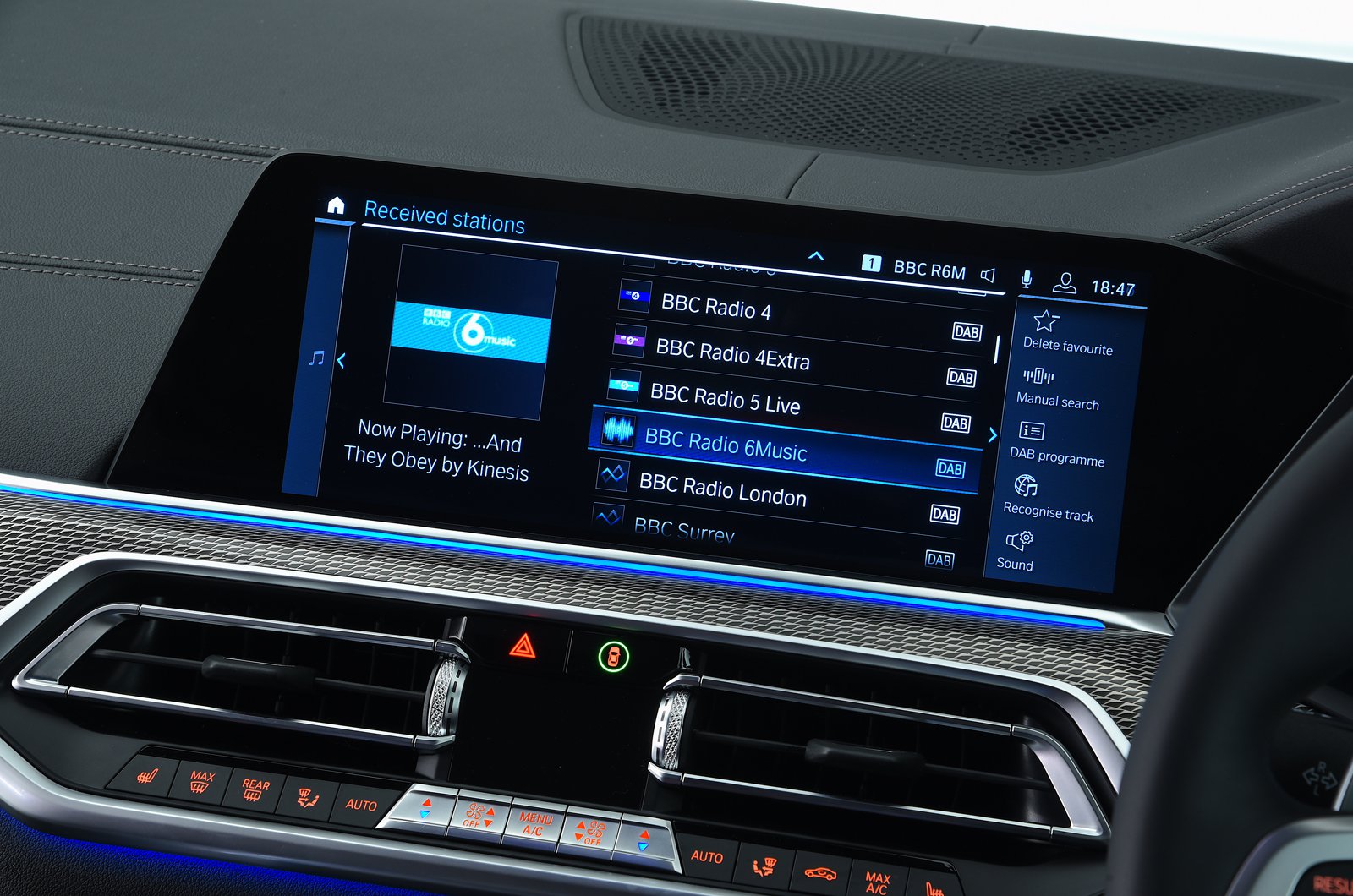 We’ve long said that BMW’s infotainment system is the best in the business, and the X5 doesn’t change our mind one bit. It’s controlled by a rotary dial between the seats or via the 12.3in touchscreen and comes with sat-nav, DAB and wireless Apple CarPlay smartphone mirroring, but not Android Auto. The menus are easy to navigate, the graphics are crisp and it responds promptly to inputs. 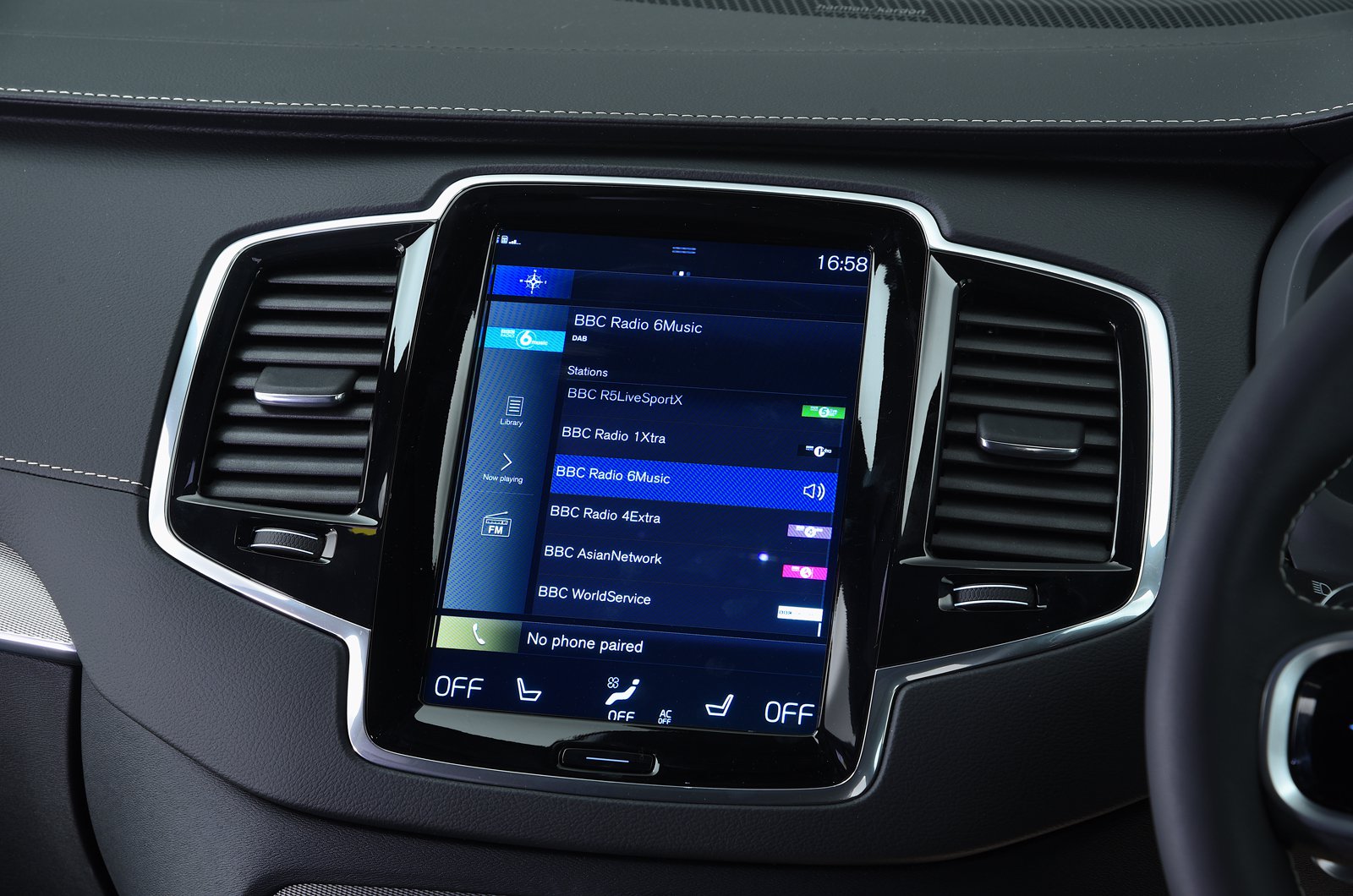 At 9.0in, the XC90’s touchscreen is much smaller than the X5’s and nowhere near as responsive to commands. In addition, some of the icons are quite small, making them tricky to hit on the move, while the menus can be confusing. Both Apple CarPlay and Android Auto are available if the first owner specified them. They’re displayed on the bottom half of the screen only, so they're not all that easy to see at a glance.