The great thing about buying a used BMW X5 is that each successive generation continues the design cues of its predecessor – aside from the grille growing in size. This means that you can buy a used example that your neighbours will think is brand new, except you’ve saved a fortune by buying one that’s second-hand.

Much like the X5 that went before, this current generation offers a number of diesel and petrol engines, as well as a plug-in hybrid. The diesel range starts with a 261bhp 3.0-litre straight six in the xDrive30d, followed by a 394bhp M50d.

Petrol fans have a bit more choice, because there are three options: a 335bhp 3.0-litre xDrive40i, a 523bhp M50i and a 616bhp 4.4-litre V8 in the X5 M Competition. If you have easy access to charging facilities, a 389bhp xDrive45e plug-in hybrid is also available that has a claimed range of 54 miles, thanks to a large, 24kWh battery.

Equipment levels are very generous, with even the entry-level xLine getting 19in alloy wheels, a 12.3in infotainment system, LED headlights and parking sensors front and rear, along with a reversing camera. M Sport has bigger 20in alloys and sportier exterior and interior styling, while M50i and M50d X5s have 22in alloys, adaptive headlights, an upgraded Harman Kardon sound system, an M Sport exhaust and an M Sport differential for increased traction in corners.

Much like all X5s since the first iteration arrived in 1999, this model excels on the road. No rival this side of a Porsche Cayenne can match the X5 for handling prowess, because it has very good body control for something so tall, as well as loads of grip, thanks to enormously wide tyres. The slight downside is a higher level of road noise, but it’s a fair trade-off, given that the X5 feels nearly as stable as a regular estate car on twisty roads, although plug-in hybrid models aren’t quite so good due to the extra weight of the batteries.

Ride comfort isn’t much of an issue, either, since nearly all models get air suspension. With it, the X5 maintains its composure over harsh potholes and ridges in the road without any of the floaty, wallowy sensations that make many of its similarly equipped rivals feel all at sea. M50i and M50d models get regular coil springs instead to help them feel more agile, but these models are noticeably harsher over bumps, even with the adaptive dampers set to their Comfort mode.

Interior quality is impressive, too. Every surface is swathed in soft-touch materials and highlighted by genuine metal finishes that give it a highly luxurious feel. There are also traditional buttons for frequently used controls such as the air-con and infotainment system; these are easy to use on the move, unlike the more distracting touchscreen set-up found in the latest Audi Q7.

Front and rear occupants won’t have much to complain about, because there’s lots of head, leg and shoulder room for all. There’s lots of adjustment in the electric driver’s seat, including adjustable lumbar support. With the optional third row fitted, passengers won’t be quite so happy, but the X5 isn’t any worse than a Range Rover Sport in this regard.

What isn’t quite so good is boot capacity. While it would be wrong to call its boot small, the X5 trails the Volvo XC90, Porsche Cayenne, Audi Q7 and Mercedes GLE for load space. What’s more, the plug-in hybrid loses 150 litres of capacity because of the battery.

If you're interested in finding a used X5, or any of the other SUVs mentioned here, head over to the Used Car Buying pages to find lots of cars listed for sale at a great price. 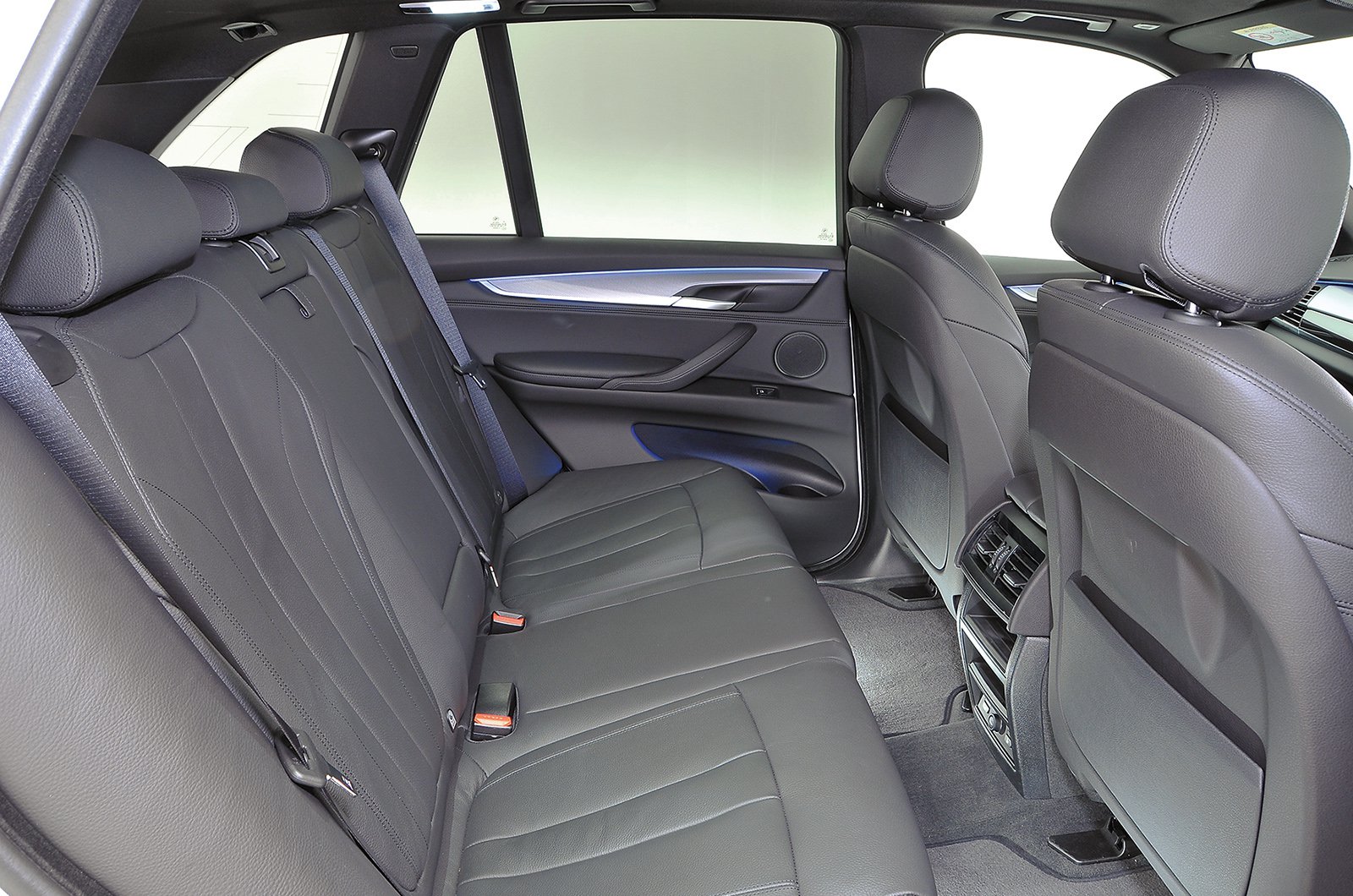