A recent trip away for the weekend to Shrewsbury was ill-timed weatherwise. We stayed overnight just as an enormous dump of snow was hitting Wales and western England, and woke up the following morning to find the Mercedes buried in a drift as deep as its front splitter.

Extricating it was not as easy as you’d think. My first attempt resulted in the traction control cutting all power every time the throttle was applied, thanks to the spinning rear wheels. Not particularly helpful. Neither is the fact that there’s no obvious and easily accessible switch for the system; instead it’s buried in the menu system, meaning turning it off in a hurry is tricky. Fortunately, once I’d found it, the Merc handled the slightly slithery trip down the driveway easily, and from there on it was stable and secure on the now-clear A-roads and motorways.

While Mrs R dozed in the passenger seat on the way home, I had plenty of time to think about the C-Class. We’re now into our third month with it, and I’ve come to a few conclusions about which model you should choose, and which options to look for if you’re buying used.

First up, the model we’ve got here is pretty much the one you’ll want. The C220 Bluetec, latterly renamed C220d, is, as I’ve already discovered remarkably efficient, so it’s worth living with its noisy nature – though if you want something smoother and faster and you’ve deep pockets, the C350e plug-in hybrid is worth a look. And in Sport trim, you get smaller wheels that make the ride quality tolerable (though still not ideal – more of which in just a bit). 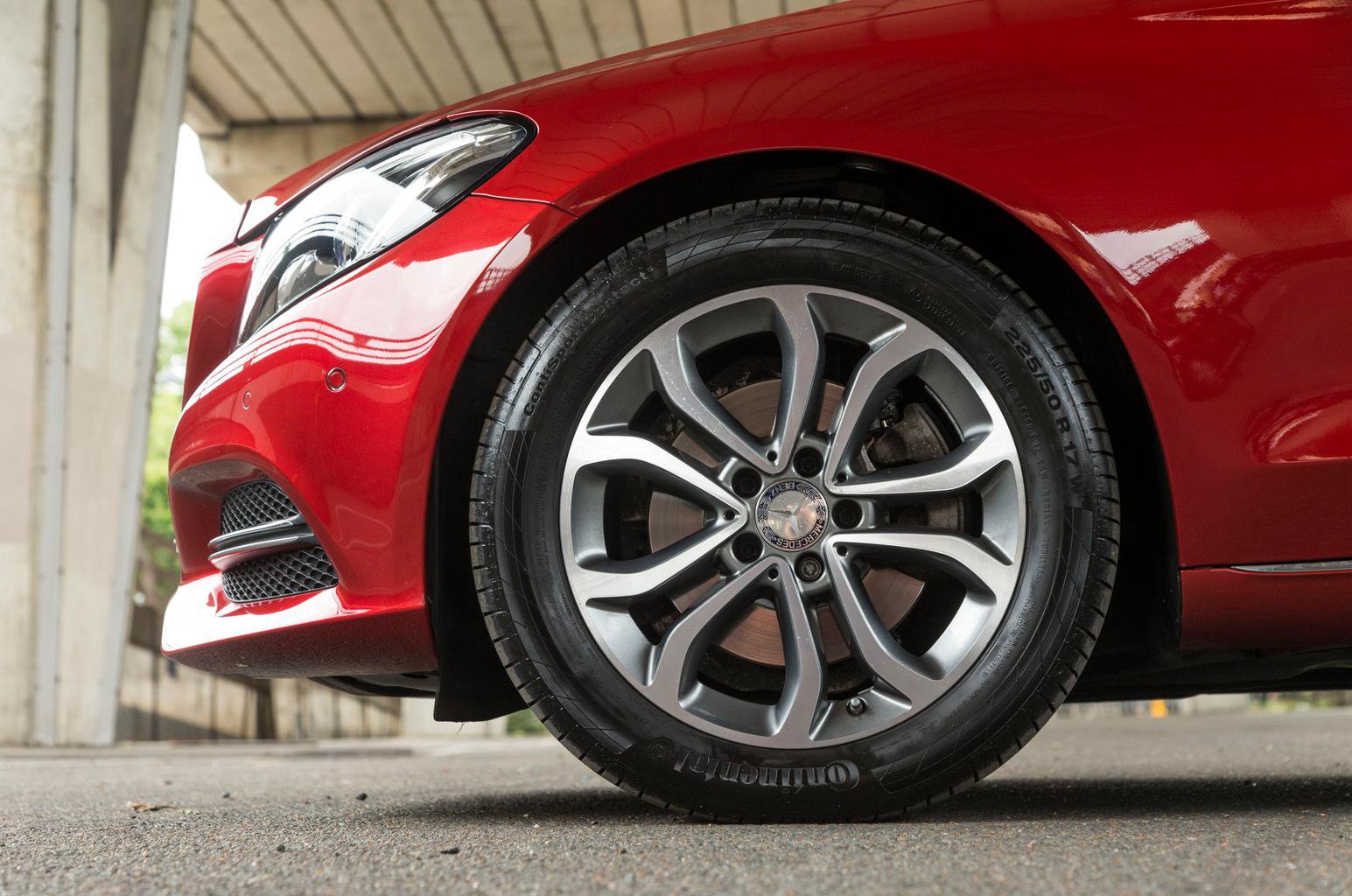 As standard, the Sport gets heated front seats, LED headlights, climate and cruise controls, a reversing camera, automatic wipers and a digital radio. That’s a fair old slug of equipment in anyone’s book, and it’ll be more than enough for most buyers.

Our car is equipped with the Premium Plus package. It’s a nice thing to have – you get a panoramic roof, ambient lighting, keyless entry, and uprated sound and navigation systems – but it’s hardly essential, so make sure you’re not paying over the odds for it.

Our car also has the LED Active Light System, which is very good, moving the high beam around other cars on the road so that it doesn’t blind anyone, and bending the beam with the steering to help you see around corners. There’s also a head-up display and privacy glass. All are useful in their own ways, but again, make sure you’re not paying a huge premium for them.

One option I would look out for, though, is the air suspension. In fact, I’d go even further than that, and say that if you want a C-Class, it’s a must-have, because the standard car’s ride is its worst feature. Even with the smaller wheels fitted to our car, it pitches, rolls, thumps and jitters around town, refusing to settle even over superficially smooth tarmac. And while the ride smooths out somewhat once you get up to motorway speeds, it’s never perfect.

Finding a car with air suspension goes a long way toward solving this problem. Although some crashiness around town remains, progress is generally much smoother, while the handling is tightened up considerably thanks to the much-improved body control in Sport mode.

Of course, on top of actually finding a car so-equipped, you’ll have to pay more. And given that the Merc isn’t exactly a cheap used buy to start with, that puts the C-Class on slippery ground – in more ways than one.