More for you |
2020 Mercedes C-Class executive saloon: what we know so farBest used coupes for less than £20,000Should Mercedes repair my out-of-warranty car?What's the most reliable type of car?Is it okay to keep a Category N write-off?
Home
Feature
Used Mercedes C-Class (14-present) long-term review
feature 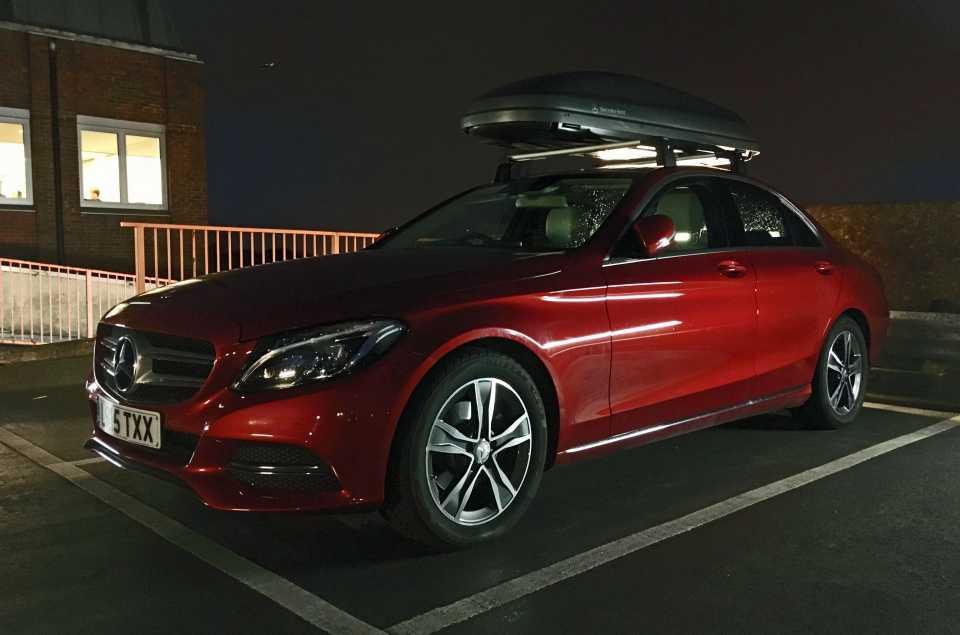 I like to try and fit in a long road trip with a long-termer in order to really put it to the test, and this month, it’s the turn of the Mercedes.

We’ll be travelling to Austria, which means the journey there will take more than 12 hours door-to-door. The route will take in high-speed German autobahns, as well as snowy mountain roads, and my wife and I will be joined by another couple, meaning the Merc will have to provide space for four – and all our luggage – for a whole day’s driving. All of which will present quite a challenge.

I’ve already decided it’ll be a struggle to fit our clobber into the boot – no poor reflection on the C-Class, I should add, as any saloon would face the same difficulties. So the car’s just returned from having a roof rack and roof box fitted, to add to the luggage carrying capacity and to help transport skis while we’re away; the C-Class does have split-folding seats and a ski hatch, but sticking the skis in the box will mean those sitting in the rear don’t have to put up with travelling to and from the lifts with wet skis next to them. And as winter tyres are a legal requirement in Austria between October and March, a set of Bridgestone Blizzaks is going on at the same time. 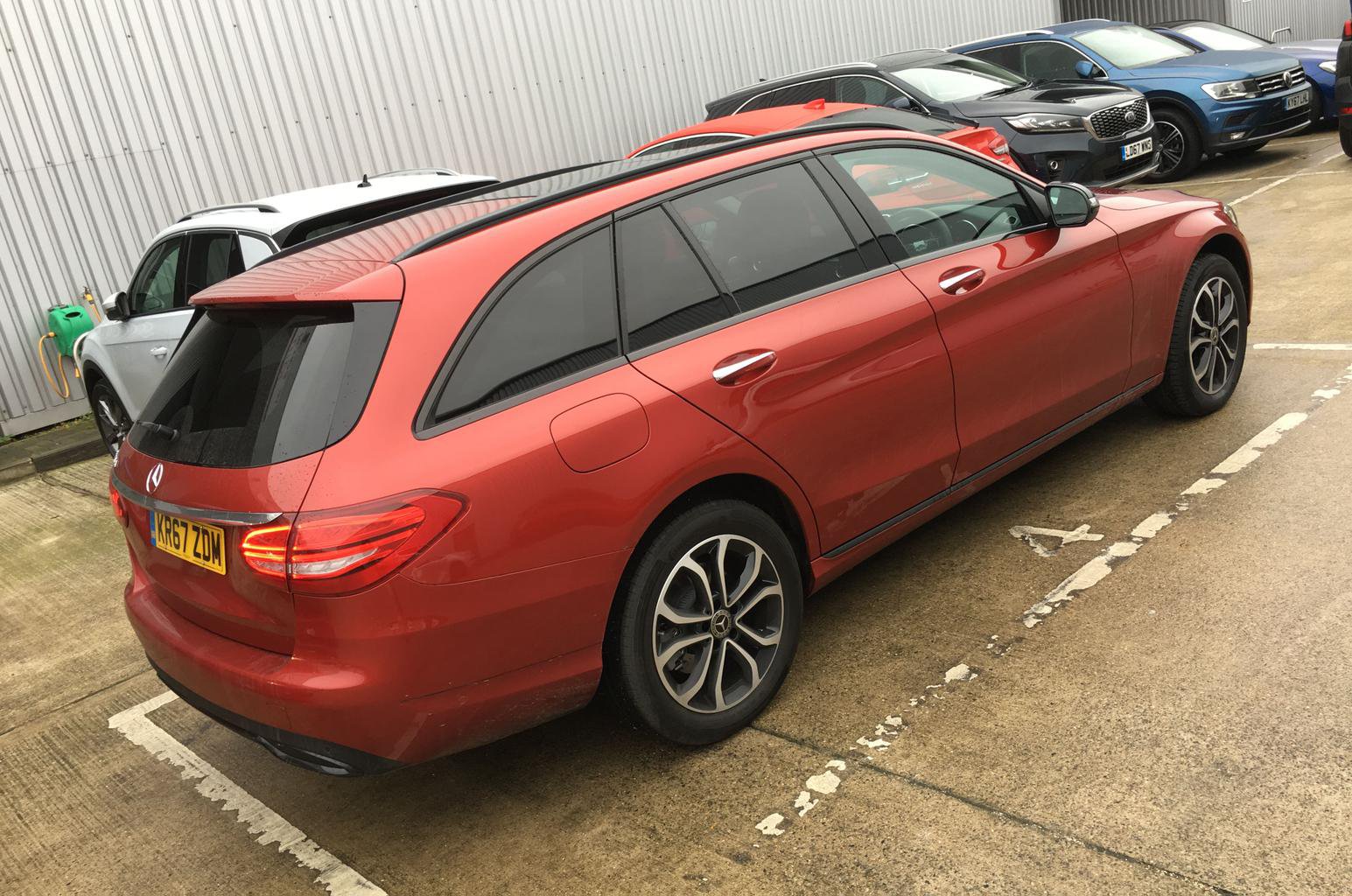 I’ll fill you in on the trip itself next month, but in the meantime I’ve had the chance to play with a more modern Merc, because while my car was away, I was lent another C-Class. It may have been an estate, but my loaner was the same model – a C220d Sport – and it was even finished in the same Hyacinth Red paint. Despite that, though, it was a very different beast to drive.

First up, this 67-plater had a 9-speed gearbox, as opposed to the earlier 7-speed fitted to my car. It’s noticeably better; smoother- and faster-shifting, but it also does away with the slight delay and jerkiness I sometimes find when pulling away in my car. I’ve a feeling there’s more sound deadening too, as the engine sounds a trifle less raucous – though that could simply be a result of the higher mileage on my example. 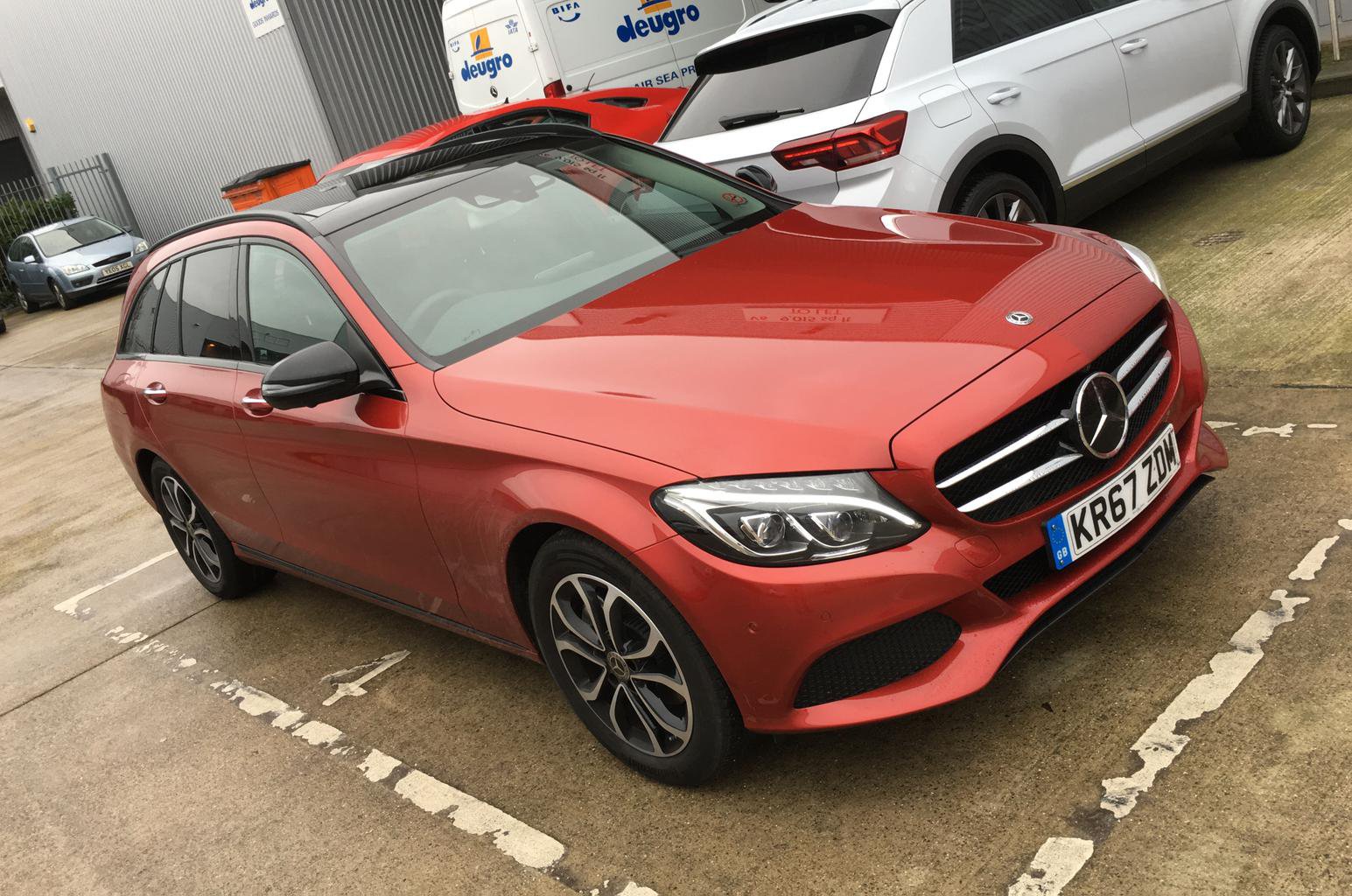 But the most dramatic improvement was reserved for the ride and handling, because the loan car was fitted with air suspension. As you may remember from my previous update, it’s an option I strongly recommend you seek out, and my time with a car that’s had it fitted has only cemented that opinion. On air, the ride remains unctuously smooth over all but the roughest surfaces – and with a flick of a switch, the suspension firms up to provide taut body control and rapid cornering speeds.

Were I choosing a used C-Class for myself, I’d undoubtedly pick one of these newer models with the updated gearbox, and I’d strive to find one with air suspension, too. Sadly, we’ll have to do without both for the journey to Austria – but it says something for my C-Class that I’m still looking forward to the trip. I’ll report back on how it fares next month.