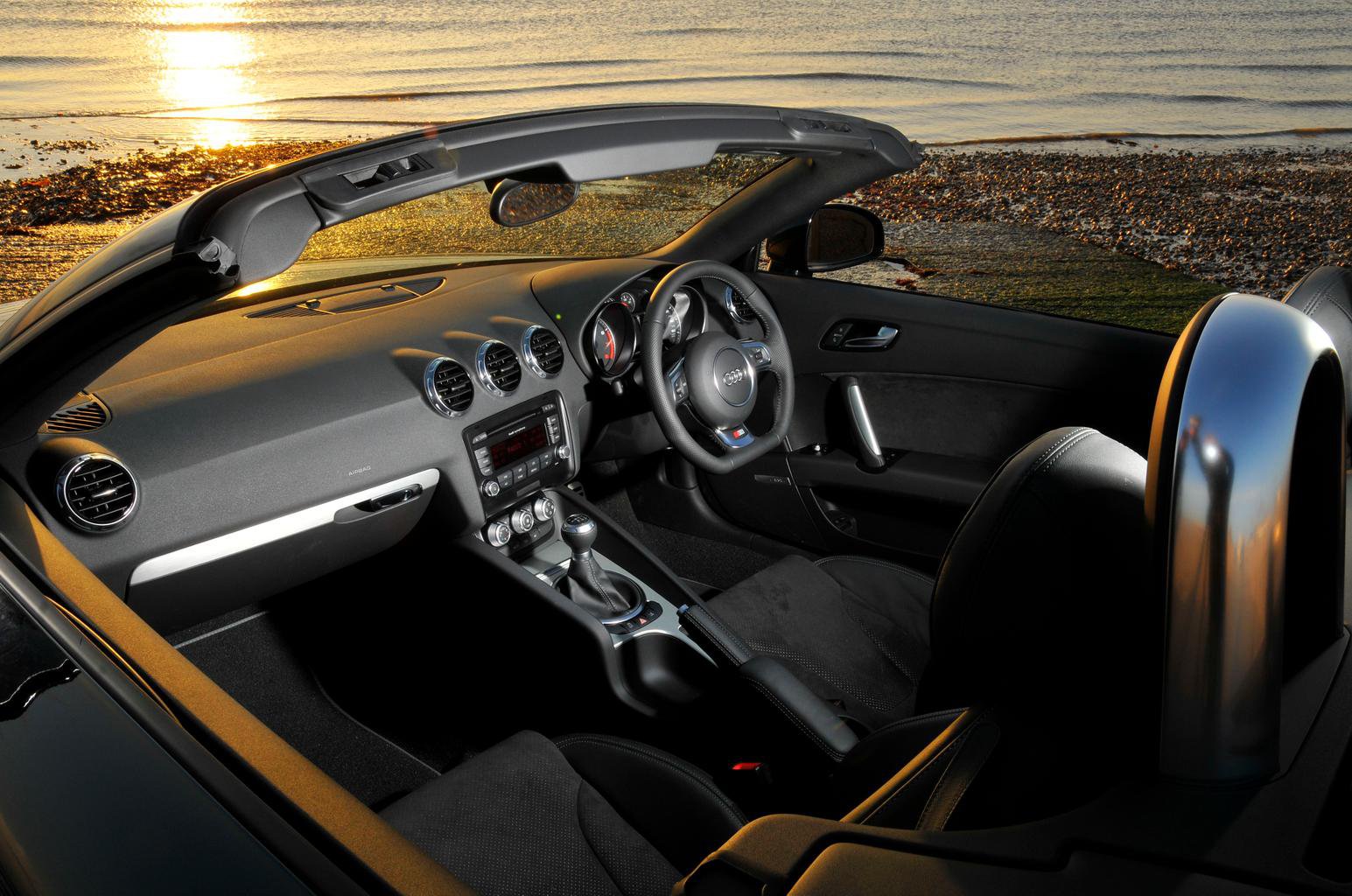 Both cars have beautifully made interiors, with classy materials throughout and logical controls. The BMW Z4’s dashboard is more eye-catching, however, with a swooping silver face and a lower half that matches the colour of the seats.

The Audi TT’s aluminium-ringed air vents add a welcome dash of flair but, overall, its interior doesn’t look as special as the Z4’s.

Disappointingly, the BMW’s steering wheel doesn’t line up properly with its pedals, which means the driver sits diagonally. The Audi’s driving position is much better, with a huge amount of adjustment in the seat and steering wheel, and all the controls within easy reach.

If you’re buying a roadster, you’ll want the open air above your head whenever the sun shines. The TT’s fabric roof allows you to do that at the press of a button in just 15sec; the Z4’s hard-top takes 25sec to fold away.

Stowing the BMW’s roof eats up almost half of the Z4’s boot space, too. The TT has slightly less space than the Z4 does with its roof up, but at least lowering the roof doesn’t encroach on that space. Both cars have handy storage bins behind the two seats, but the BMW’s is bigger. It also has a ski hatch through to the boot for longer loads. 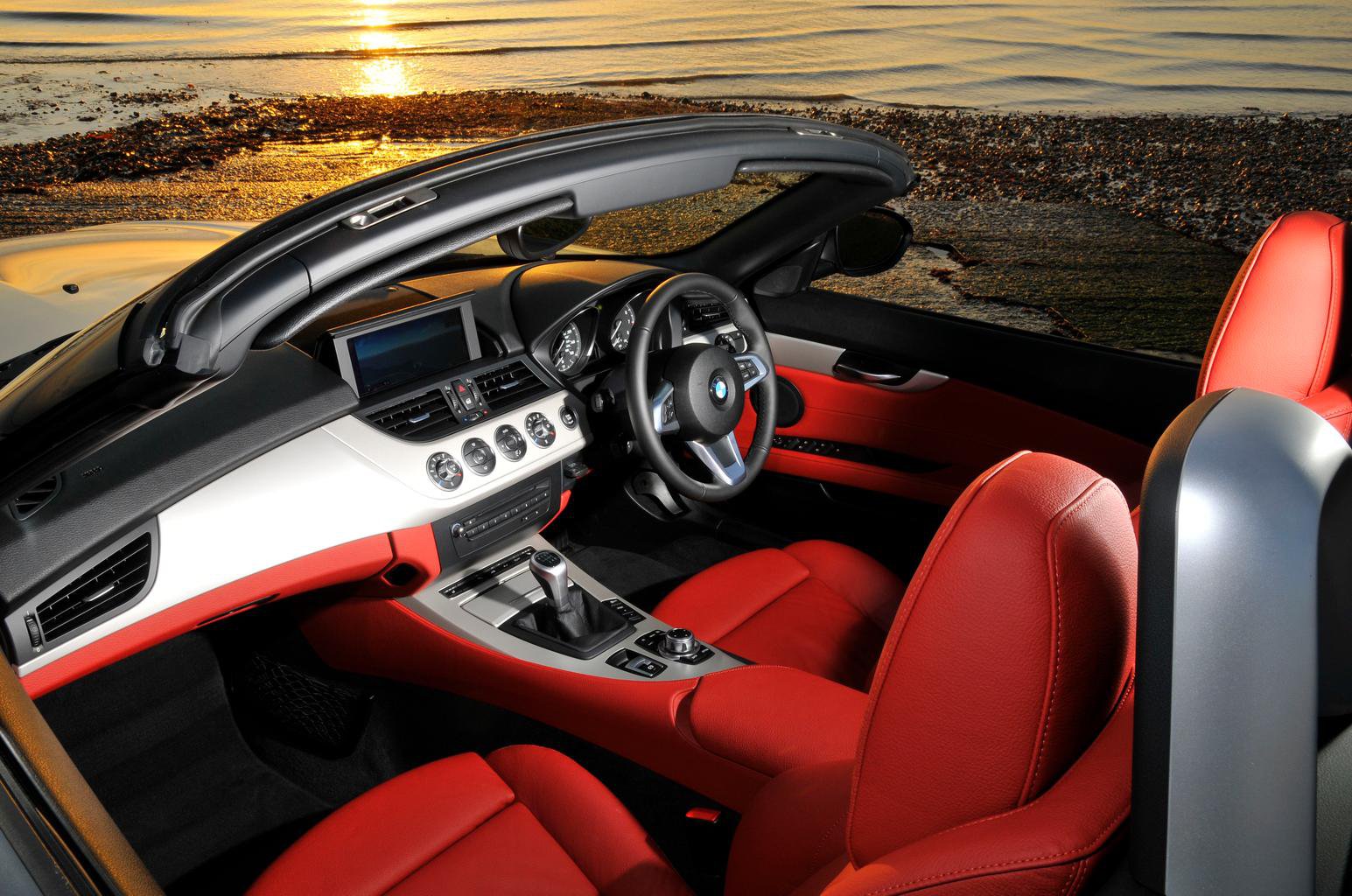