One of these used cars is a drop-top bargain and the other is a great all-rounder, but which should you choose for your path to wind-in-the-hair glory?... 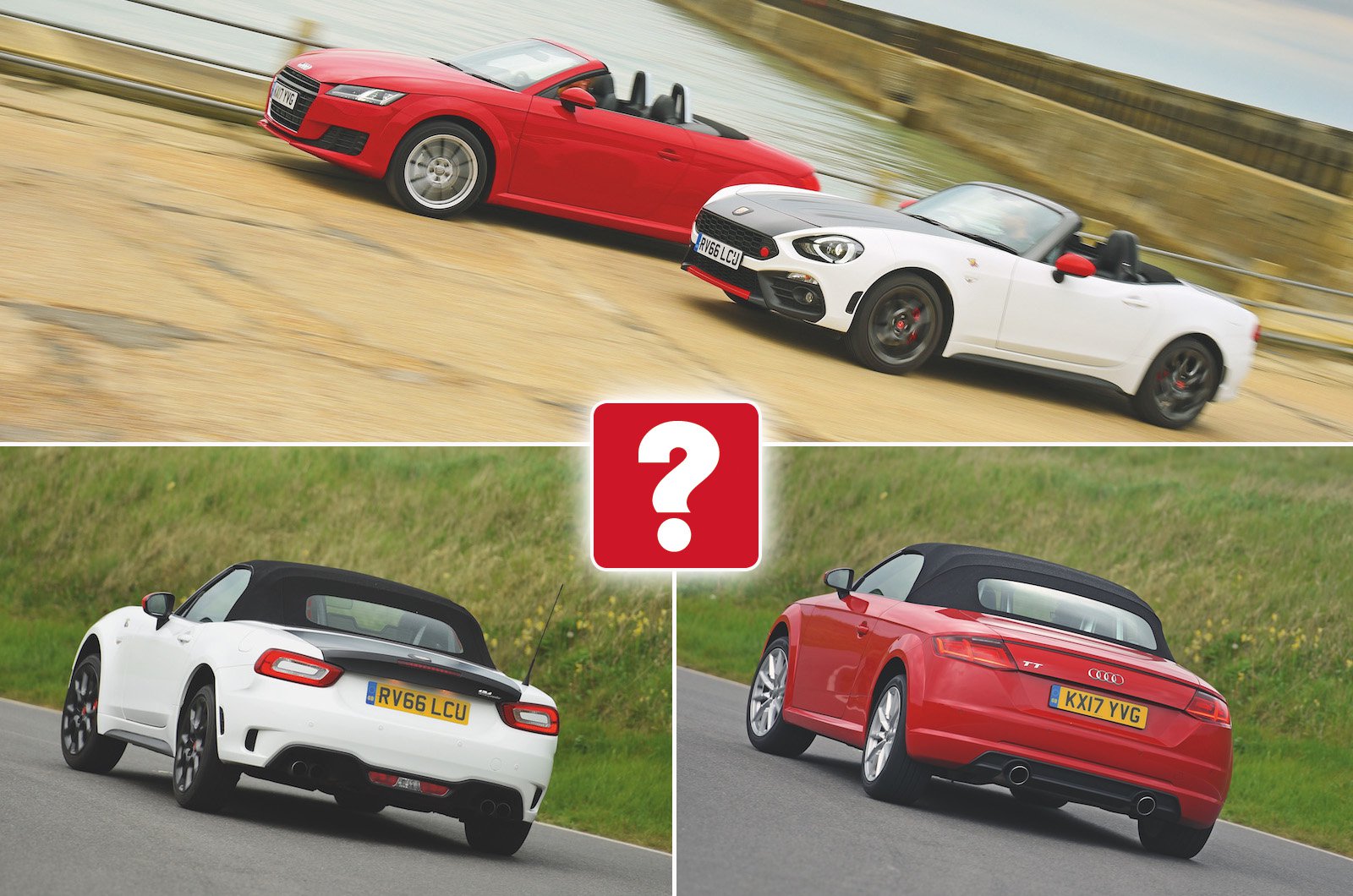 Fiat’s sporting arm worked its magic to create this racy version of the regular Spider.

This open-top version of our favourite coupé brings style and quality to the sports car class.

With the temperature rising, days getting ever longer and the promise of blue skies overhead, now seems like the perfect time to treat yourself to that sporty drop-top you always wanted. To do so can, of course, cost you a great deal of money, but if you shop carefully and buy one at a couple of years old - like the two cars we’re testing here - you can bag a highly desirable roadster for the price of a brand new but rather uninspiring supermini.

Our first contender, the Audi TT, has long been a popular choice for those wanting a posh but fairly affordable roadster. We like it so much that in both open-top and coupe versions it’s won more What Car? Awards over the years than just about any other car. Here, we’re looking at the entry-level 1.8-litre Sport model, the front-wheel-drive version of which, with a manual gearbox, would set you back over £30,000 new, but the example we’re testing here could be on your driveway for as little as £21,000 used.

But what if you think the TT is a bit of a wallflower? Well, if you’re after something a bit more ‘in your face’, the Abarth 124 Spider might well appeal. It might look no more than a tarted-up version of the now defunct Fiat 124 Spider, but in fact it’s a subtle improvement in a number of key areas. Not only will people see it coming in all its two-tone glory, but they’ll hear it, too, thanks to a standard quad-pipe exhaust system. Buy used and you can save even more money than you would on the TT.

Clearly, it’s time to see if Italian flair can topple German sophistication. Read on to find out which one is our drop-top winner.

On paper, the TT looks to hold all the aces, thanks to its larger, more powerful engine. However, the smaller and lighter 124 actually scampers from 0-60mph in less time. At faster speeds, the 124 edges out a bigger lead, but the TT isn’t far behind and is still brisk enough to see off most other cars on the road. It isn’t just lower weight that helps the 124 to accelerate quickly, though; it’s also short gearing. So even when you accelerate from relatively low revs in third, fourth or fifth, the 124 always builds speed at a faster rate. We also prefer the 124’s shorter, more mechanical gearshift compared with the longer throw of the TT. 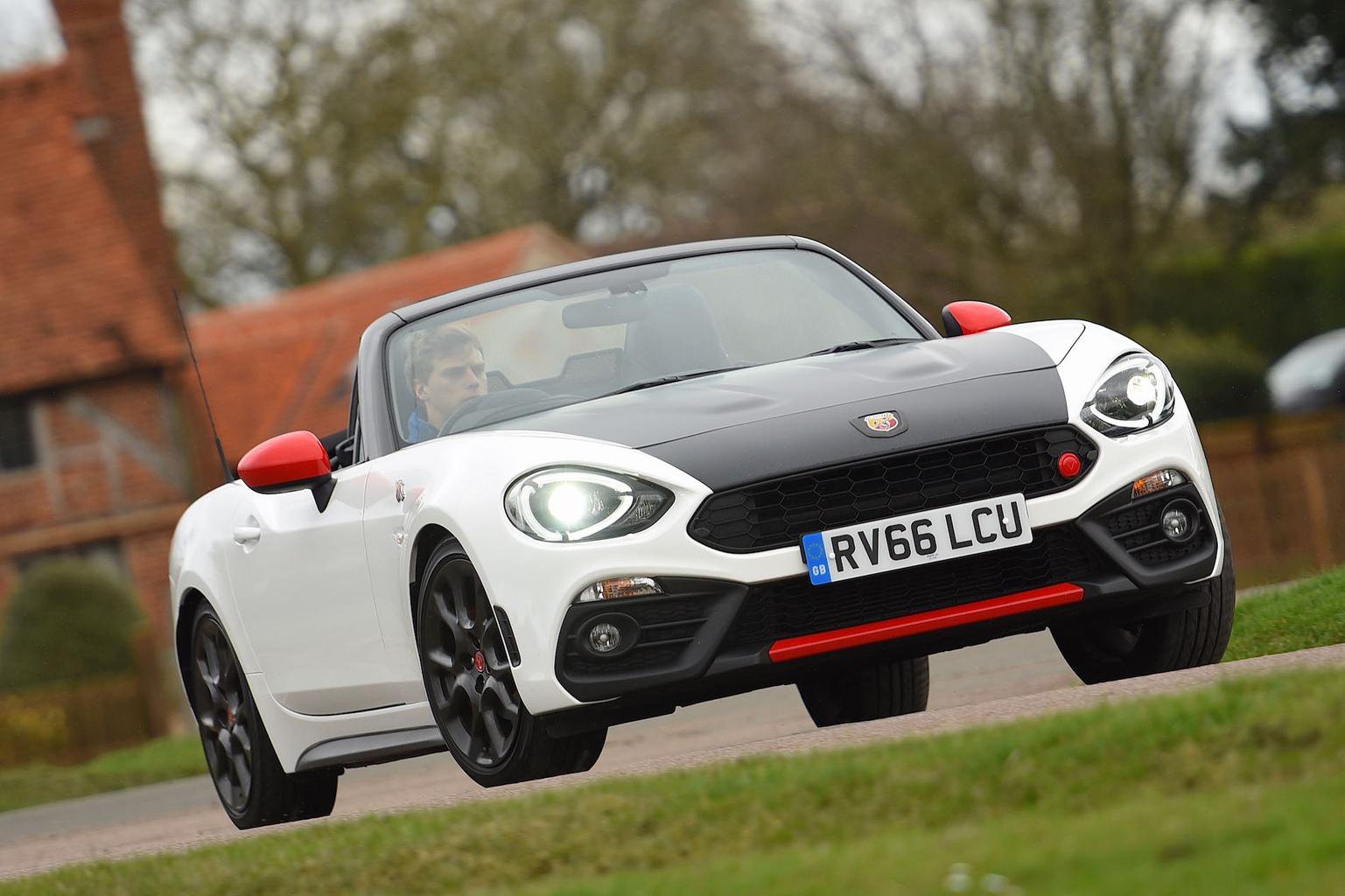 While tall gearing may hurt the TT’s acceleration, it helps with refinement. Even at 30mph, the 124 is noticeably noisier as its engine drones away. As the speed increases, and with the roof up, the 124 generates loads more wind and road noise, while its rowdy exhaust note becomes wearisome on long motorway journeys.

Roof down, the TT protects you far better from buffeting, especially if you’re tall – although we’d still highly recommend forking out £425 for the optional electric wind deflector if you want to arrive at your destination in the least windswept fashion. If you get caught in the rain, the TT’s electric roof can operate at up to 31mph and takes just 10 seconds to open or close. The 124’s roof is manually operated but, because of that, even quicker to put up and down. 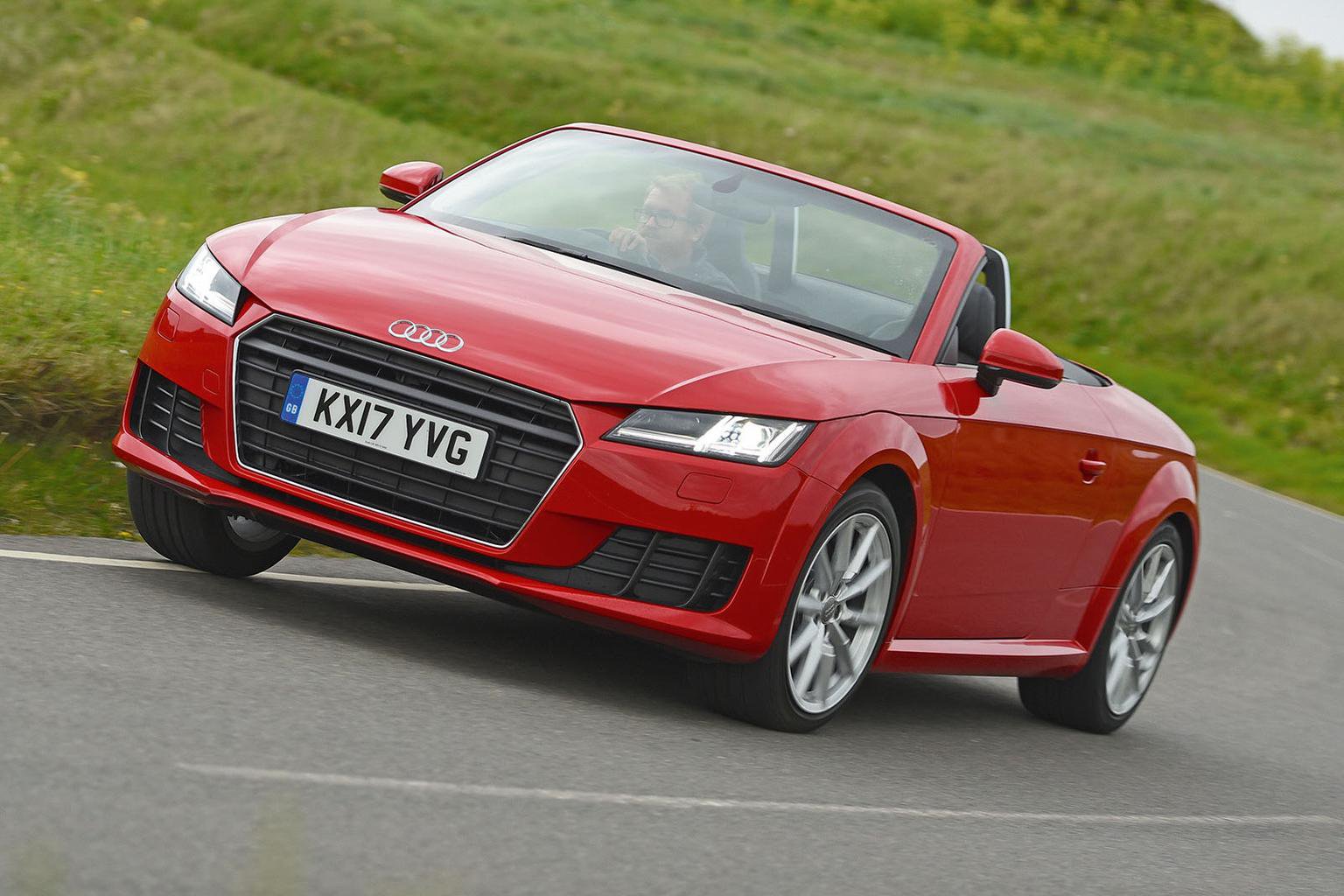 The 124 took longer to stop from both 30mph and 70mph in our braking tests, no doubt due to its skinnier tyres. And that extra rubber on the road means the TT grips much harder through corners, too. It may share oily bits with an Audi A3, but it impresses with little body lean, a real eagerness to turn in and a nose that sticks stubbornly to your chosen line through fast corners. The steering is precise, too, although you won’t notice Porsche Boxster levels of feedback filtering through the steering wheel.

As for the 124, it’s good fun at moderately quick speeds, thanks to meatier steering and firmer suspension. But the faster you go, the less it impresses; the front tyres don’t grip the road as well as you might expect, so it’s all too easy to run wide of your intended trajectory. Considering the 124 is based on the playful and neatly balanced Mazda MX-5, that’s a bit of a disappointment.

The 124’s body doesn’t feel as stiff as the TT’s, either, so you feel wobbles through the car over bumps – particularly when cornering forces are involved. Add a bumpier ride into the mix and the 124 is a far more fractious long-distance companion.