Buy either of these two thrilling hot hatches at 18 months old and you'll save a pretty penny, but which one will put the bigger grin on your face?...

Here’s where the M140i scores, at least on paper. You see, both cars cost about the same to buy when new, but bought at around 18 months old, as here, and the M140i is the cheaper by around £5000, at just £25,000. This is mostly due to this model having been replaced by that new version, but obviously it could also point to the A35’s better residual values. That could be important because, if the same rates continue as the cars get older, you could potentially lose more on the M140i, which would add to its overall running costs.

Our tests show that each will drink petrol at a similar rate. Insurance and road tax costs should be about the same, too, but the A35 will cost more to service. 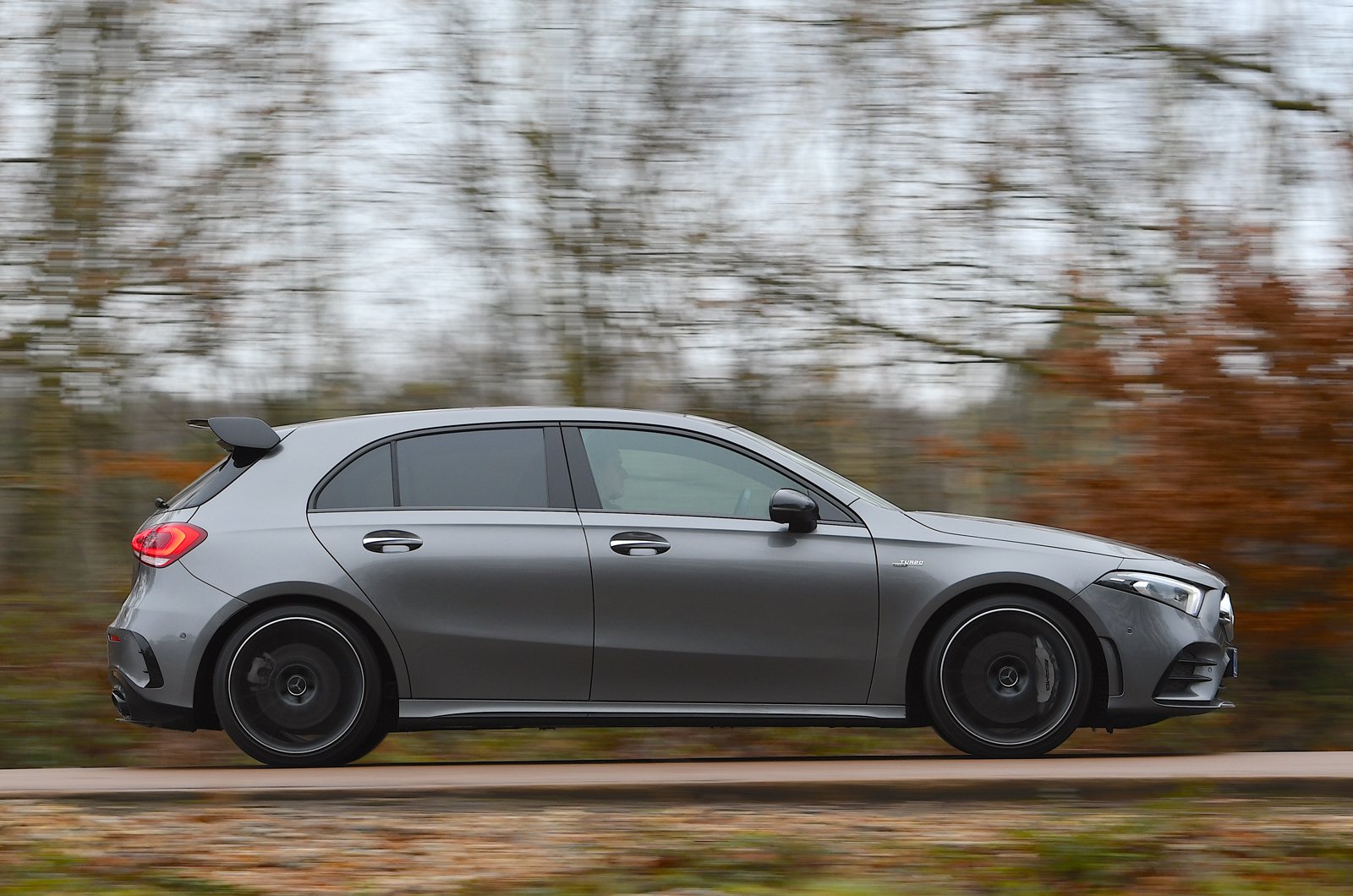 Neither car came stacked full of kit as standard, but you get automatic lights and wipers, 18in alloy wheels, keyless start, dual-zone climate control and, in the M140i, leather seats, as opposed to faux leather and suede in the A35.

The A-Class was awarded five stars for safety by Euro NCAP, but the 1 Series’ assessment was way back when the model was new in 2012 and its results have now expired.  In fact, the A-Class scored so highly that it was a deserving winner of our Safety Award at our 2019 What Car? Awards.

Neither car appeared on its own in our most recent reliability survey, but among the family car class where you’d find both the standard 1 Series and the A-Class, the BMW finished in seventh place and the Mercedes in 16th place. Neither brand covered itself in glory, either; BMW finished in a disappointing 21st place out of 31 manufacturers, while Mercedes did even worse, ranking 24th.