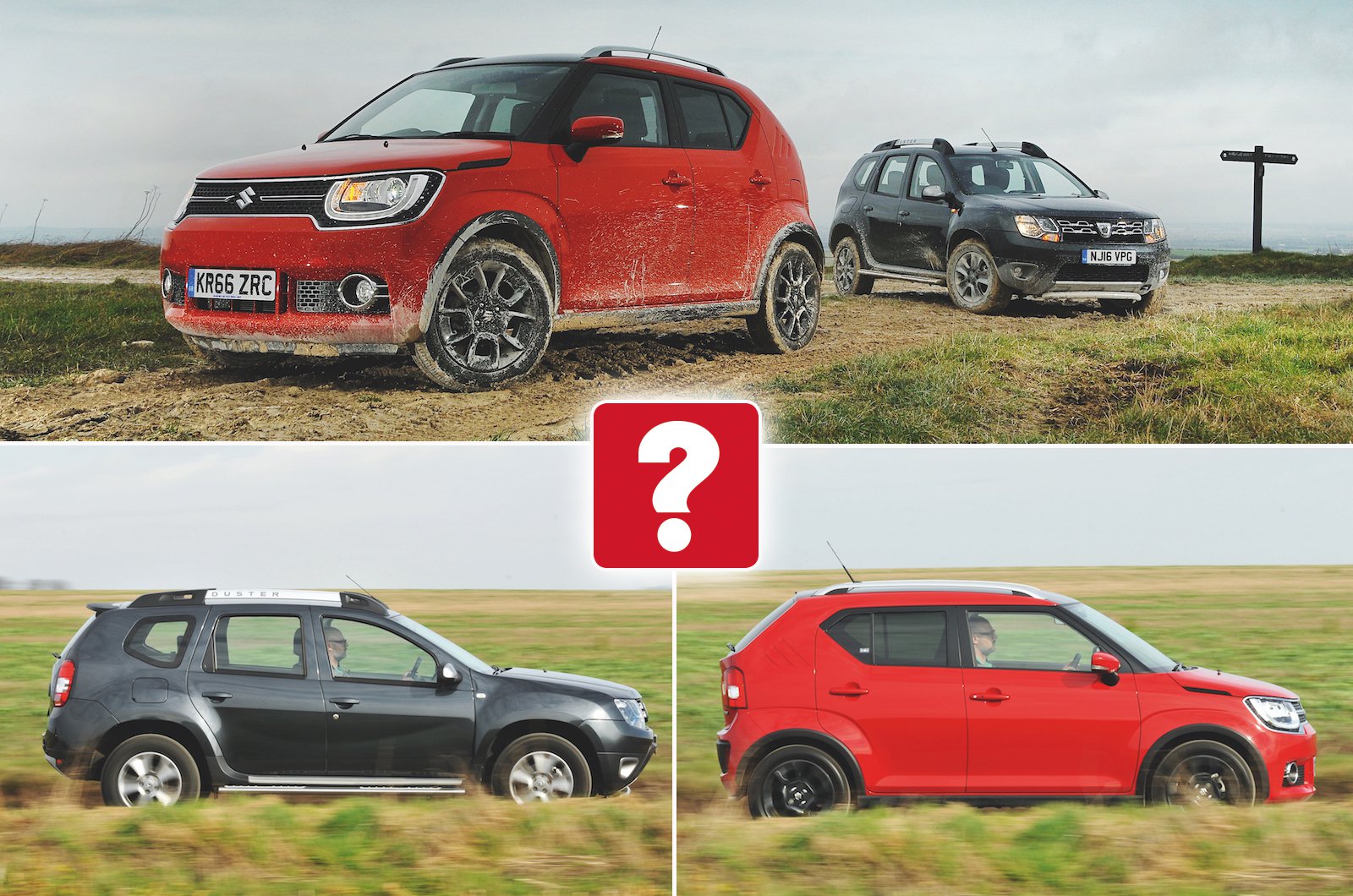 Big, roomy and durable, the Duster is an old-school SUV, but can it cut it against the perky Ignis?

As at home in the city as on a farm, the quirky and compact Ignis looks good value used.

Who says four-wheel-drive cars need to be big SUVs? Not Suzuki, that’s for sure. Its dinky yet rugged Ignis offers permanent four-wheel drive under a jacked-up city car body, complete with a surprisingly roomy interior, lots of standard equipment and low CO2 emissions from its 1.2-litre petrol engine. It’s cute, too, and since its launch in 2017, it’s proved to be quite a hit with a number of buyers who are looking for something a little different.

Here, we’re putting it up against the Dacia Duster, which is renowned for being remarkably good value when bought as a new car. It’s physically much bigger than the Ignis, admittedly, but tested as here at a couple of years old, it falls into the same price bracket and it also has four-wheel drive and a 1.2-litre petrol engine. So which one makes the most sense? Read on to find out. 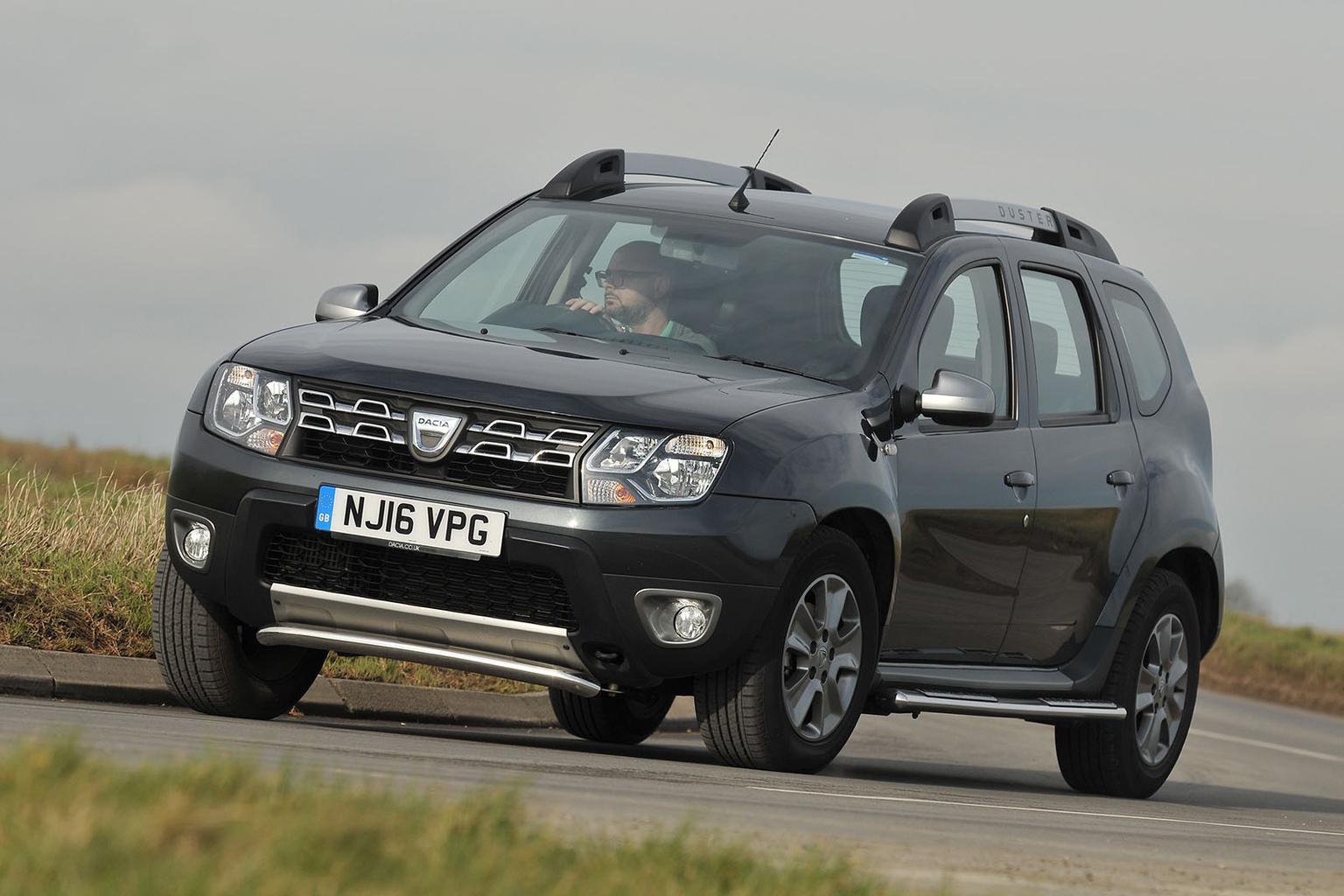 These two are as different to drive as they are to look at. The Duster has a 124bhp turbocharged 1.2-litre engine and six-speed manual gearbox, a combination that delivers fairly sprightly progress throughout most of the rev range. However, the gear ratios are very short, so you do find yourself changing gear an awful lot.

While the 98bhp, non-turbocharged 1.2-litre engine in the five-speed manual Ignis needs revving hard to get anywhere quickly, it’s quite happy at low revs, so you don’t need to change gear as often as you do in the Duster.

Don’t be confused if you check out Suzuki’s website and see this engine referred to as a ‘hybrid’. It harvests energy otherwise lost in braking to boost efficiency, but the Ignis is never powered by an electric motor like a proper hybrid car.

Around town or out on the open road, the Ignis is more enjoyable to drive. Its stiffer suspension means there’s way less body lean through corners than in the roly-poly Duster. The Ignis’s steering is more direct and precise, too. As such, there’s a satisfaction to be had from chucking the baby Suzuki into a tight corner, or in whizzing around roundabouts and multi-storey car parks. Meanwhile, the Duster’s slow steering has an unpleasant, rubbery feel to it, and the steering wheel often gets tugged about by the front wheels as they go over bumps. It feels more ungainly and is harder work to direct than the Ignis, everywhere apart from the motorway. 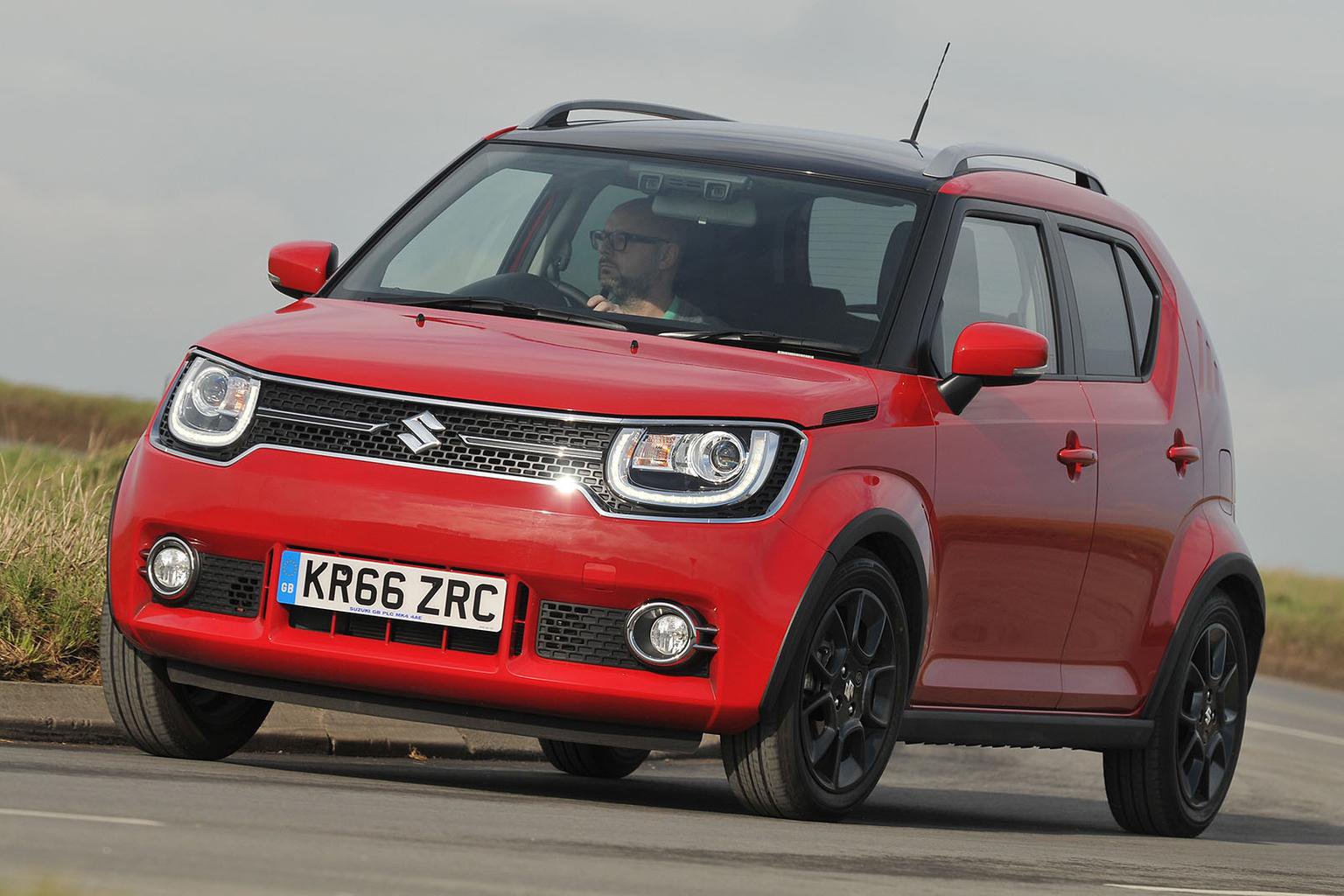 At least the Duster soaks up big bumps and the like better than the Ignis, which has a tendency to hop and fidget more around town. Mind you, in some respects the Ignis is the more comfortable car, because it doesn’t suffer the unnerving body pitch and bounce of the Duster along faster, undulating roads.

Both cars live up to their rugged looks when you take them off road. The Duster is sure-footed even on muddy hills. The Ignis’s shortage of pulling power makes it harder work up steep ascents, but keep the revs high and this lightweight little car scrabbles willingly over tough terrain. The Duster’s extra ground clearance gives it the edge over rocky ground.

Neither of these cars is particularly refined, but the Ignis is noisier on the motorway because its engine thrums away at higher revs. Around town and at lower speeds, though, it’s actually quieter, because there’s less road noise. In addition, the Ignis’s more consistently weighted pedals and more feelsome gearshift make it the easier car to drive smoothly.