You can save between £5000 and £10,000 on these stylish and practical SUVs by buying them at two years old, but which one should you choose?... 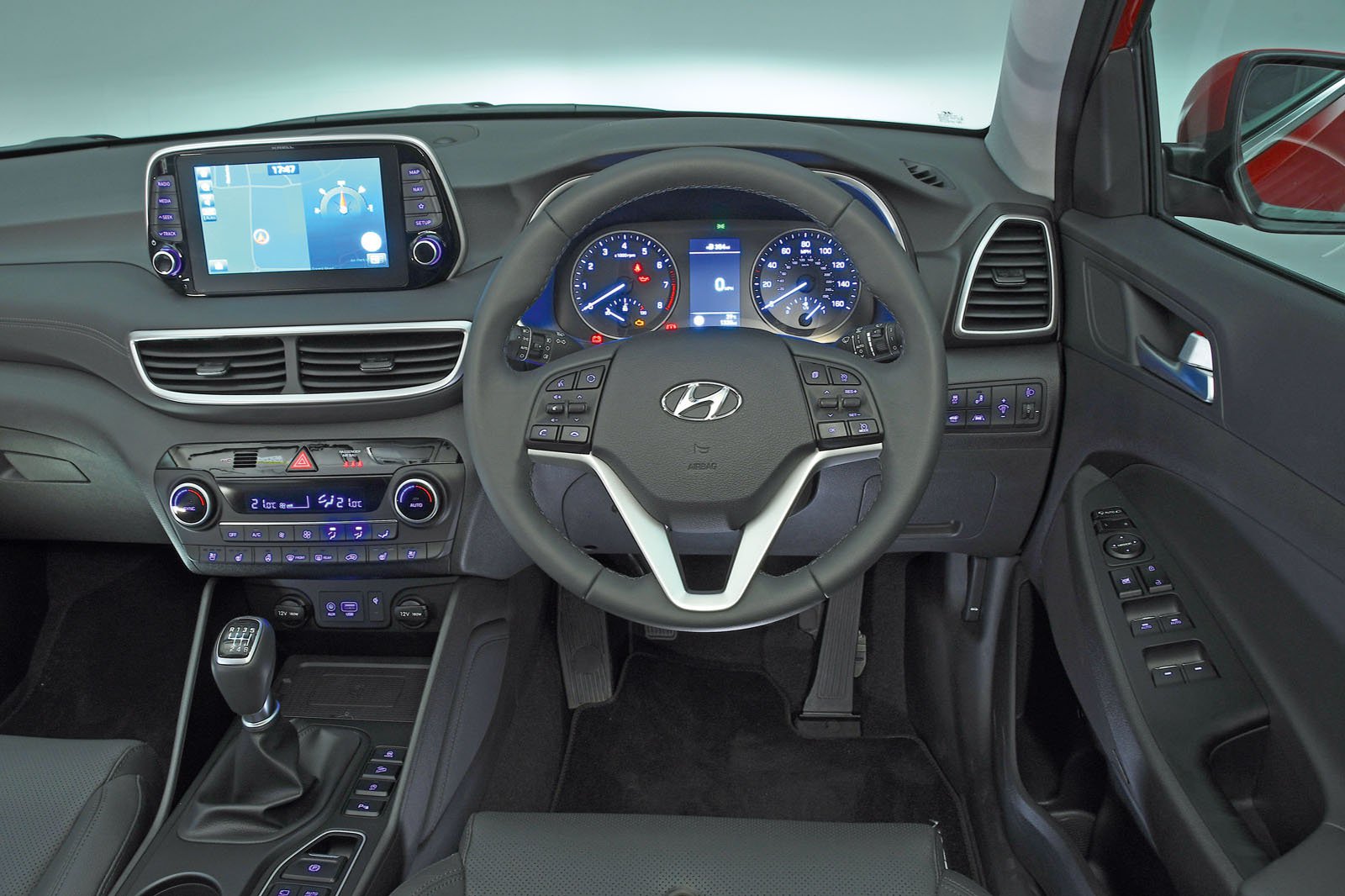 From a purely aesthetic point of view, many will find the 3008’s interior the most alluring; its metal highlights and cloth dashboard inserts make it look really posh inside. The materials feel classy and expensive, too.

The Karoq is more understated, but it feels most suited to the rigours of family life thanks to having an even better fit and finish. The Tucson’s interior feels the cheapest of the bunch, despite the updates; there are too many hard plastics that are easily marked. 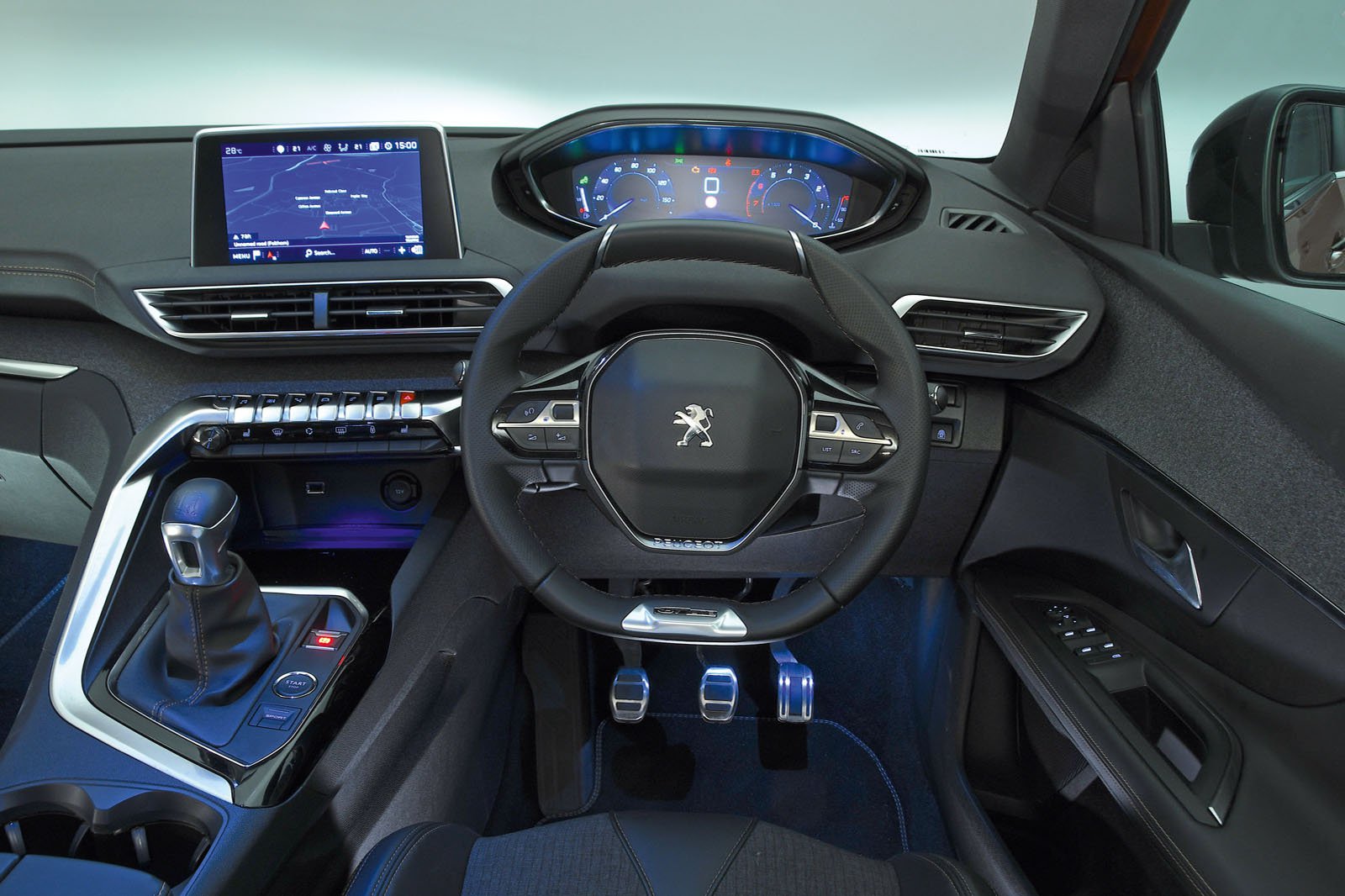 All three cars have a height-adjustable driver’s seat, adjustable lumbar support and a reach and rake-adjustable steering wheel, so finding your ideal driving position shouldn’t be too taxing. Only the Tucson and 3008 have electric seat adjustment as standard; it was an option when you ordered a Karoq. That said, the Karoq’s seat is the most comfortable and supportive, while our testers found the 3008’s to be the least comfy because its base and seatback are curiously curved.

In terms of visibility, the Karoq is leagues ahead, with big front, side and rear windows. There’s even an unencumbered over-the-shoulder view, thanks to thin rear pillars. Both the Tucson and 3008 suffer from relatively high window lines and narrow rear windows. Thankfully, all three come with front and rear parking sensors as standard, as well as reversing cameras.

The screen in the Hyundai doesn’t have the highest definition, but it’s packed with features (sat-nav, smartphone mirroring, live weather and traffic reports), plus it’s simple to use, with physical shortcut buttons and large on-screen icons. The floating-style screen was new for 2018 and puts crucial information closer to your line of sight. A premium Krell sound system is standard and sounds better than the version in entry-level models. 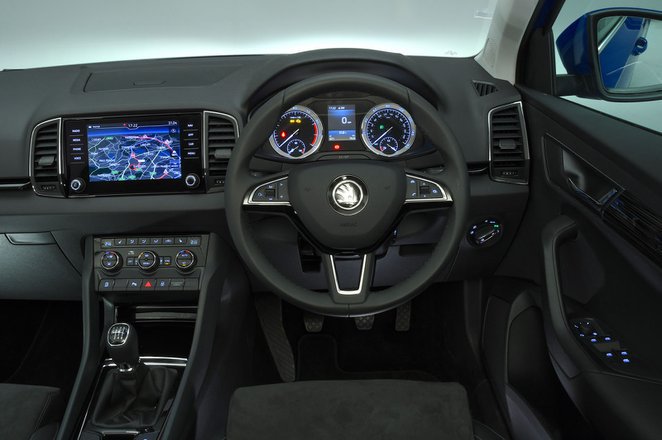 The graphics that the Peugeot uses are better than the Tucson’s and the screen is augmented by virtual dials behind the steering wheel. However, the 3008's system can be slow to respond, like an old computer trying to run too many programmes. The fact that the touchscreen also controls the air-con doesn’t help matters. If you’re into music, you might want to find an example with the Focal hi-fi, which is superior to the standard system.

In SE L trim, the Karoq a sharp 8.0in touchscreen that responds promptly to touches. The system is intuitive to use, thanks to its logical menus. A larger 9.2in screen was available, but we wouldn't suggest you actively search for it because the standard version is just fine. The optional Canton sound system does bring an appreciable difference in sound quality and would be worth seeking out, however.

SUVs ought to be spacious, so it might be a surprise to learn that the 3008 feels rather cramped for head room. Why? Well, our 3008 test car came with an optional panoramic sunroof that had a drastic impact on head room – particularly in the back, where taller passengers have to tilt their head or slouch to keep their hair away from the ceiling. Without the roof, the 3008 offers head room that’s roughly on a par with the Tucson, but neither car comes close to the Karoq. There’s similarly decent shoulder room and knee room in all three cars.

The Tucson has the most rear leg room. The Karoq and 3008 are tied on this front, but both still have plenty for six-footers. However, the Karoq has a clever trick up its sleeve; its Varioflex rear seats can slide back and forth, recline or even be removed completely. You can at least adjust the angle of the Tucson’s rear seatbacks, whereas the 3008’s rear seats are fixed. 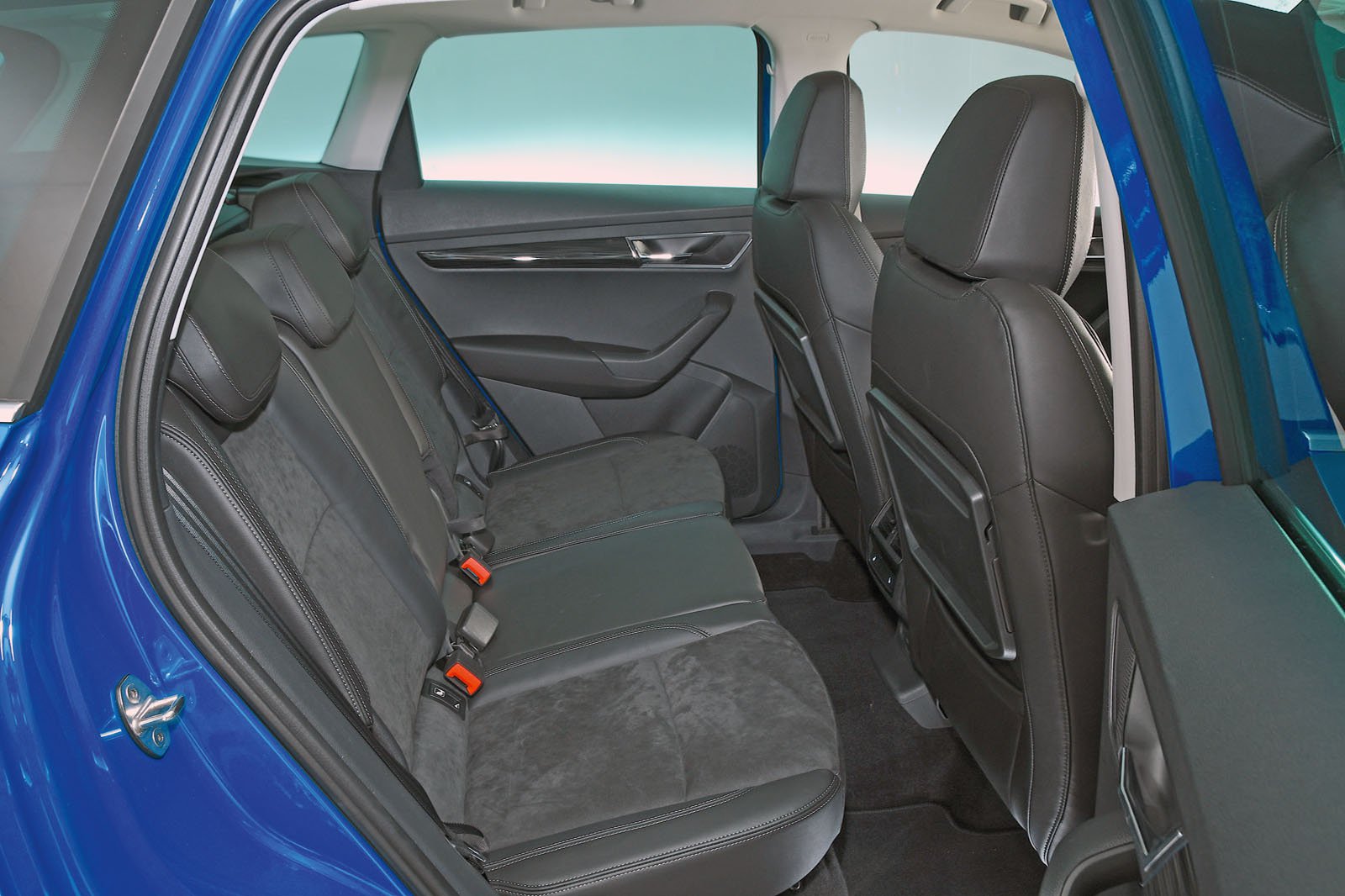 Things are closer when it comes to boot space, but the Karoq and 3008 just have the edge over the Tucson. They have taller and squarer load bays and the 3008 has a height-adjustable boot floor, which creates a space underneath for delicate items and, in its highest setting, means there’s no lip at the boot entrance. The Karoq’s big lip makes loading and unloading heavy objects a pain.

The Tucson’s boot capacity is roughly on a par with the 3008’s, but its load area is the shallowest. Both can take eight carry-on suitcases below their load covers, while the Karoq’s boot manages nine.