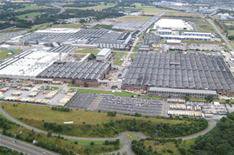 Extra shift for Ellesmere Port factory
Ellesmere Port workers were today advised about the proposals, which include moving the factory to a three-shift production operation in 2011.

In a statement, Vauxhall said: 'To support the launch in 2010 of the new Astra Sports Tourer and to prepare for the third shift introduction in 2011, the plan is for no redundancies as all current labour would need to be utilised for the third shift.'

No details have yet been announced for Vauxhall's Luton factory.

Majority of job losses in Germany
General Motors, Vauxhall's owner, still plans to cut 9000 jobs across Europe, but 60% of these are likely to be in Germany.

Nick Reilly, the CEO for Opel/Vauxhall, said that consultation with representatives from all factories in Europe had begun, and would continue for the next month.