* Workers will take cut in pay * Deal agreed by bosses and unions * Over 2000 staff affected... 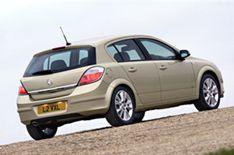 Workers at Vauxhall's factories in Ellesmere Port and Luton have agreed to take a cut in wages after a deal was reached to reduce their working hours.

The agreement is part of plans by Vauxhall's parent company, General Motors, to help reduce costs in the face of an unprecedented slump in global sales.

A package agreed by unions and management will result in workers at Ellesmere Port having their working week reduced from 38 to 30 hours, while staff at the company's Luton plant will have their hours cut from 38 to 34 per week.

The cut in hours will apply to around 2200 workers and will affect production of the Astra five-door model, and the Astra and Vivaro van ranges.