In theory, a plug-in hybrid estate like the V90 T6 should be ideal for someone living on the edge of a big city. Our editorial director is finding out if it also makes sense in reality...

Needs to deliver A premium experience all round, from interior comfort and capability through to driving dynamics, while also hitting diesel-like efficiency

Almost 3000 miles in with my Volvo V90 plug-in hybrid and I’m well beyond the giddy first impressions phrase; I'm still very much falling in love but, to torture the analogies a bit further, still weighing up whether I could ever commit to it.

Where there were questions, I now have answers; lord knows what the drivers prior to delivery had been up to, but the 30-something mpg readout it arrived with has been swept away – my average is closer to 50mpg, but even if I go on a long journey without an opportunity to charge up the battery, I get 42-44mpg from the petrol engine.

Space-wise, the V90 is just enough for an active family without being too much. So far the boot has swallowed all we can pack, albeit only just on one occasion we went away for a week. No more do we all have to have something on our laps when we load up with a pair paddleboards and a three-person kayak – the V90’s boot is up to the challenge. Yet despite its dimensions, when I come to parallel park the 360 degree camera makes it a doddle. 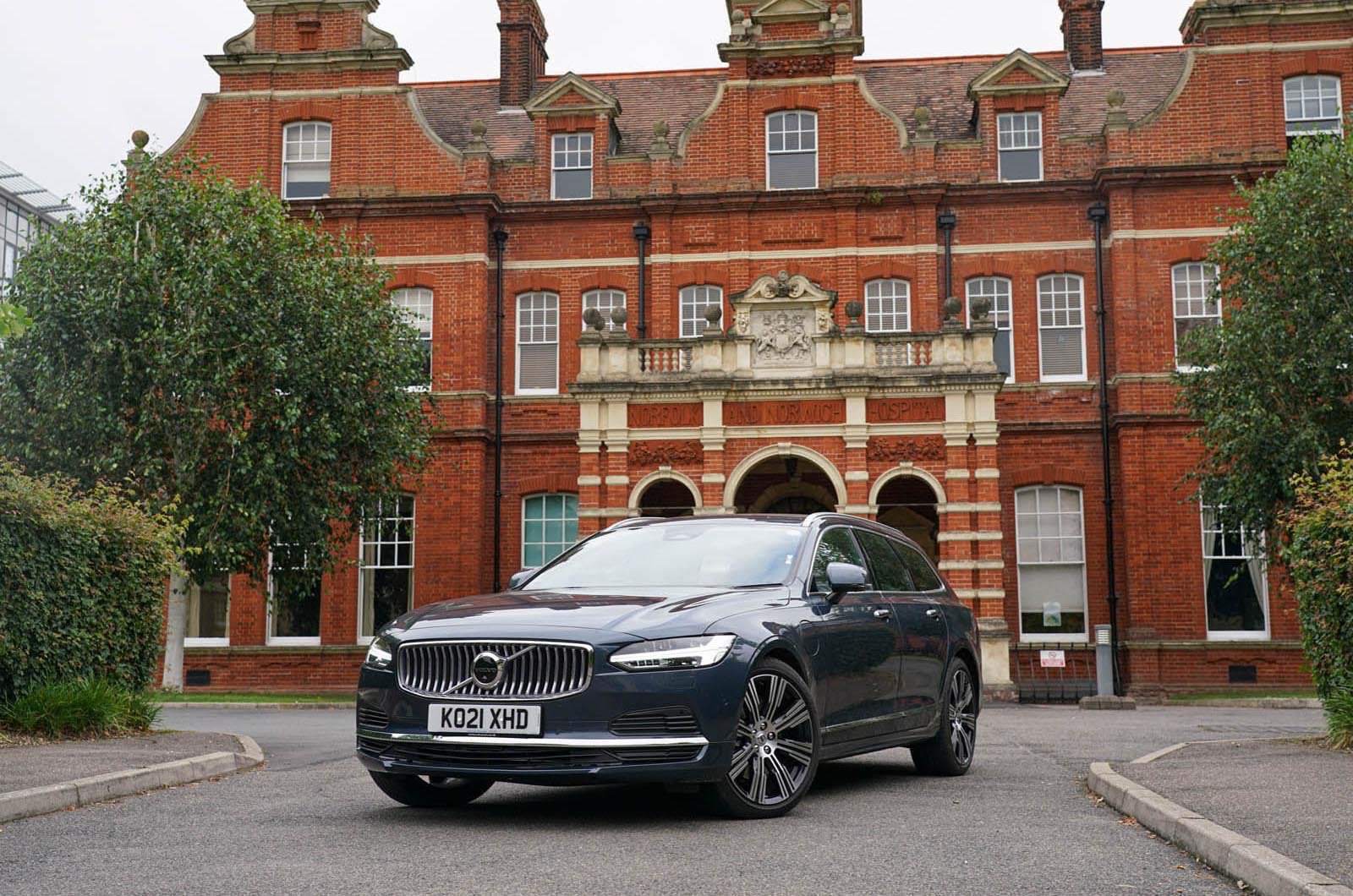 To drive, the V90 is neither thrilling nor disappointing, but rather comforting. There’s no pants-on-fire thrills to be had, but nor do I want any when I’m ferrying myself or the family around. Instead, it’s set up to glide, something complimented by the selection of air suspension, and it does so most successfully on the motorway, where it is an effortless cruiser. In town it’s also fuss-free, although the very sharpest of bumps can crash, briefly through the car.

Notably, the on-board tech mostly works. Integrating Google into the infotainment system is, largely, a success, and certainly a quantum leap ahead of what went before. Only the voice control frustrates, occasionally, and it is far from being the only car where that is true. Otherwise, the mapping works well, it links nicely to Spotify, pairs with my phone and more, in as fuss-free a way as you could wish for.

It’s refined, too, and not just when it’s in electric mode, which lasts for a realistic 25 miles or so if it’s used exclusively, which is enough for my daily commute and back. Engine running, the V90 still delivers near-silent progress, with only wind noise from the chunky door mirrors intruding at higher speeds - but only to the point you’d notice if you were sat in silence, rather than listening to the radio or holding a conversation. Remaining question marks on the car itself are few and far between. Perhaps the most significant hangs over my choice of Volvo’s so-called ‘vegan’ interior, which features cloth seats and faux leather coverings. One occupant asked whether I’d specced it to reminisce about my 1970s childhood, yet another – neither vegan nor vegetarian – liked the concept of not stripping cows of their lives to make use of their skin. Let’s say it’s polarising, which is fine, given it’s optional.

Beyond that, there are just queries and niggles. There’s frustration that the denim blue paintwork can look so sensational in bright sun, but so ordinary in the shade, a slight perplexion at the depth of the central storage unit, yet tiny amount of space you can access, and stylistic wobbles over the crystal glass gearshifter; I know it’s made by a Swedish firm and is another way of signalling the V90’s origins, and thereby differences from the Teutonic mainstream, but is it stylish or naff?

Reading this, you'd think the V90 PHEV a must-buy recommendation, then? Well, maybe. It’s a good car. As you've read, I love it in almost every way. But I'm still wrestling with that £65,000 plus asking price. It's competitive against rivals, but there's no question that its plug-in hybrid tech comes at a quite eye-watering price.