Volvo V90 revealed - all you need to know

The Volvo V90 is the firm's V70 replacement, and the estate version of the S90\. It will compete with the Audi A6 Avant, BMW 5 Series Touring and Mercedes-Benz E-Class and will make its debut at... 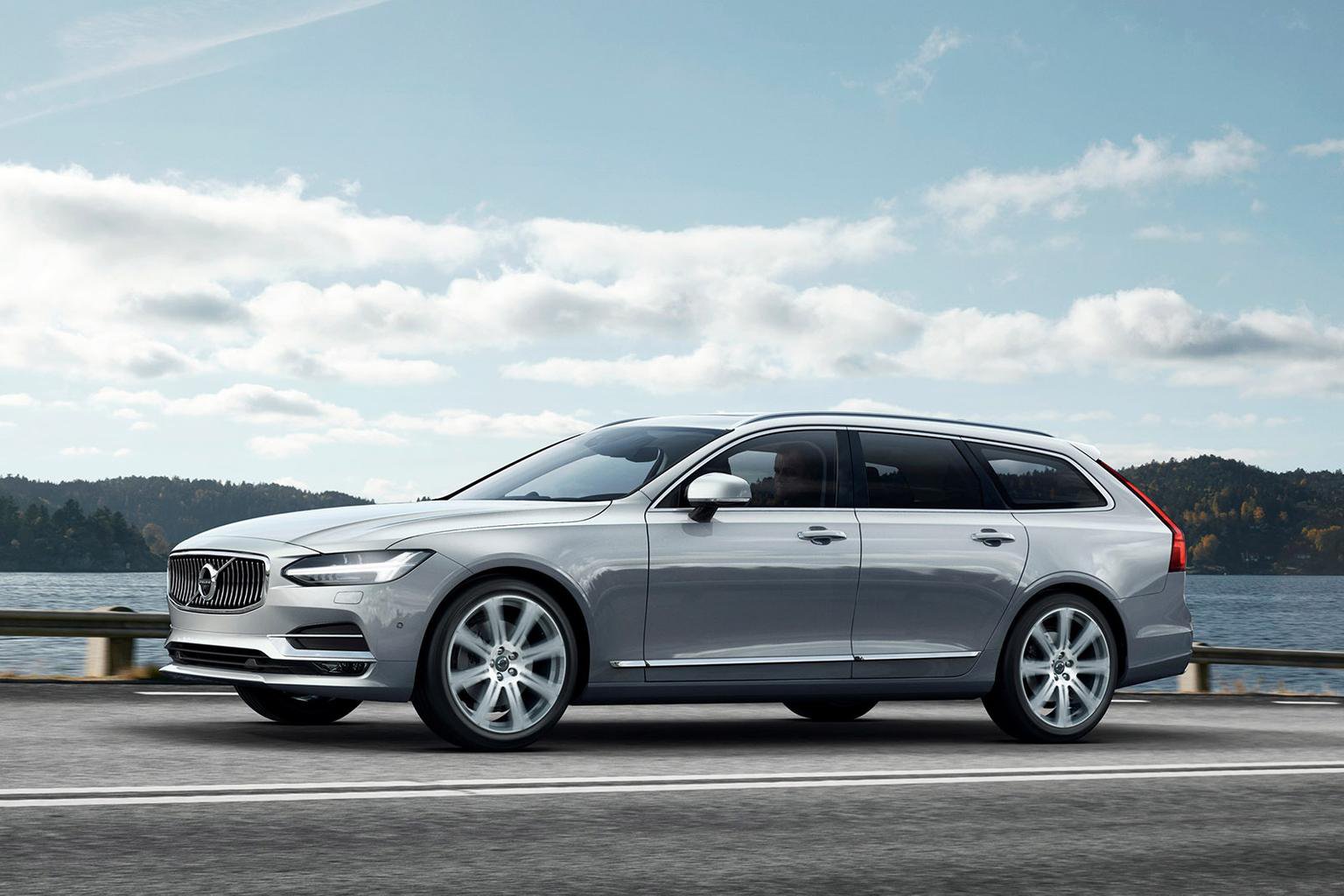 The Volvo V90 is Volvo's answer to the Audi A6 Avant, BMW 5 Series Touring and Mercedes-Benz E-Class Estate, and will go on sale in the autumn.

The V90 is the estate variant of the S90 and, along with the XC90, forms the '90 Series' in Volvo's revamped line-up. Volvo says its cars do not aim to compete with more volume-selling rivals.

All engines across the V90 range are 2.0-litre four-cylinder units.

It's expected that the big-selling engine in the V90 will be the D4, with a two-stage turbo helping it to achieve claimed fuel economy and CO2 emissions figures of 62.7mpg and 119g/km respectively, with power and torque of 187bhp and 295lb ft.

More powerful T6 and D5 engines will be available, the former being a turbocharged and supercharged 2.0-litre petrol engine producing 315bhp and 295lb ft, with 38.1mpg economy and 169g/km emissions – figures that will most likely make the T6 one of the least popular powertrains on the V90. The D5 achieves a claimed 57.6mpg and 129g/km CO2, with 232bhp and 354lb ft of torque.

The range-topping T8 powertrain is the same plug-in hybrid system employed in the XC90, with 401bhp and 472lb ft of torque, while achieving impressive claimed fuel economy of 134.5mpg and 47g/km CO2 emissions.

Volvo has only announced the standard and optional safety equipment for the V90, but it's shared with the S90 and XC90, so is as comprehensive as you'd expect, with adaptive cruise control, semi-autonomous 'Pilot Assist II' system and distance alert, which monitors the driver's proximity to the car in front.

Also standard are a lane keeping aid, a system that monitors the alertness of the driver, a connected warning system, a speed limiter connected to a road sign recognition system and Volvo's 'run-off road mitigation' system, which monitors road position and adjusts the steering accordingly, should it appear that the car is about to leave the road.

Volvo insists its cars are alternatives to big sellers such as the Audi A6 Avant, BMW 5 Series Touring and Mercedes-Benz E-Class estate rather than direct rivals, but realistically these are the cars that the V90 will be up against, alongside the Jaguar XF Sportbrake.

The BMW 520d is a five-star car, while the Audi, Mercedes-Benz and Jaguar all take four-star ratings.

The V90's boot capacity stands at 1526 litres, including storage space under the floor, although this is beaten by the 1670 litres offered by the BMW 5 Series Touring and the 1855 litres of the Mercedes-Benz E-Class Estate.

More details will be revealed at the V90's official debut at the Geneva motor show in March.

Watch the live reveal of the Volvo V90 in the video below.