Essentially a replacement for the old Terrano II, the Nissan X-Trail was much easier to live with and less focused on off-roading than its predecessor. In fact, underneath, it was mechanically near-identical to the contemporary Primera and Almera family cars.

True, the X-Trail does have its rugged side; four-wheel drive was always an option and you can get an X-Trail surprisingly far into the mud. However, it is better on road, where it offers agile, surefooted handling, with especially good steering by SUV standards.

The X-Trail is a genuine alternative to conventional family cars, too. There will certainly be no complaints from the driver, thanks to a fine driving position and good visibility. Plus, there’s enough space for three abreast across the back seat, as well as a decently sized boot. 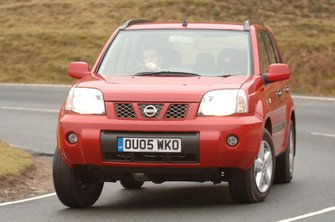