The Proton Satria is substandard in just about every way.

The handling offers little in the way of entertainment, although it's safe enough, while the ride is crashy and restless. Refinement isn't great, either: both engines are noisy at anything other than idle, and road and wind noise is a pain.

The materials used in the cabin are poor in quality, and the cabin finish is so-so. Space is cramped in the rear, too.

That said, the GTi version is perhaps worth a look. The chassis was tuned by Lotus, so the handling of the basic car was much improved. It's actually really good fun, and the ride isn't bad, either.

It isn't quite as quick as some other hot hatches, but it still takes less than eight seconds to hit 60mph from a standing start. And, it's cheap and quite well equipped, too. 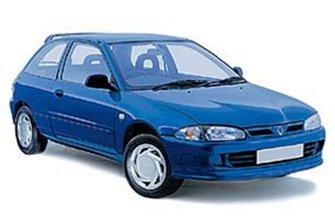