What used Renault Kangoo estate will I get for my budget?

How much does it cost to run a Renault Kangoo estate?

It's worth spending as much as you can for one of the later models, which have a more impressive list of equipment as standard.

It won't cost much to keep it on the road, either. Servicing costs are very reasonable.

Should repairs be necessary, they should be quite cheap, as Renault is at the cheaper end of the scale, according to Warranty Direct's survey of labour rates. And, the commercial origins of the vehicle should keep the cost of parts down, too.

Fuel economy is best with the diesels, the non-turbo 1.9-litre achieving 39.8mpg on average compared with the 1.4's 37.7mpg.

The newer 1.2-litre petrol manages 40.4mpg while 1.6-litre petrol's extra performance cuts economy to 35.3mpg on average. Opt for a 1.5-litre diesel for the cheapest overall bills - economy is 53.3mpg. 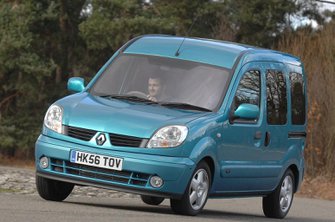