What should I look for in a used Renault Megane sports?

The Cabriolet suffers the same reliability problems as the rest of the Megane family, and independent warranty provider Warranty Direct reckons that about 42% of cars suffer problems, with an average repair bill of £240.

Make sure the clutch works properly because replacing it is a complicated job and won't be cheap. The jerky automatic gearbox can break, too, some cars are plagued by starting and ignition problems, while heaters (which are expensive to replace) pack up on others.

Head gasket failure has also been reported as a weakness, so always inspect the inside of the oil filler cap for suspicious sludge that will give away potential problems.

Some owners have complained about poor-quality paintwork, so pay close attention. The body-coloured bumpers are also prone to marks.

Lastly, as you would on any cabriolet, check the hood works well, has no leaks and is in good general condition.

What are the most common problems with a used Renault Megane sports? 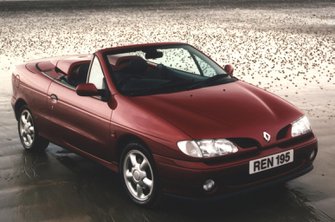