The Phantom has rear-hinged rear doors, to make it easier to get in and out. They open wide giving superb access to the rear seats and, once inside, two adult occupants will have an enormous amount of space to stretch out. You have the choice of a three-seat bench or a couple of different two-seat layouts, including one where the rear seat folds into something resembling a bed.

We tried a four-seater with the rear entertainment package and found that space was not an issue, even with a tall driver at the controls. Electric adjustment allows those in the back to recline for more comfort, while heated, ventilated and massaging seats ramp up the luxury further. There’s a large armrest between yourself and your passenger that opens to reveal controls for the rear seat entertainment, and our test example even had a fridge with a pair of champagne glasses.

For those who need even more room, there’s a long-wheelbase ‘EWB’ version, and if you find knee room is tight in that, you ought to be in the Guinness Book of Records, if you aren’t already.

After a busy session at Harrods, you should be able to squeeze all of your shopping into the sizeable boot. Its 568-litre capacity is a fair bit more than is offered by the S-Class and A8 but substantially less than you’ll find in a Range Rover.

As standard, the rear seats can’t be adjusted or folded down to extend the boot, although no doubt Rolls-Royce could sort it with enough money thrown its way. That said, the thought of lugging garden waste down to the tip in a £300k car seems a little comical. 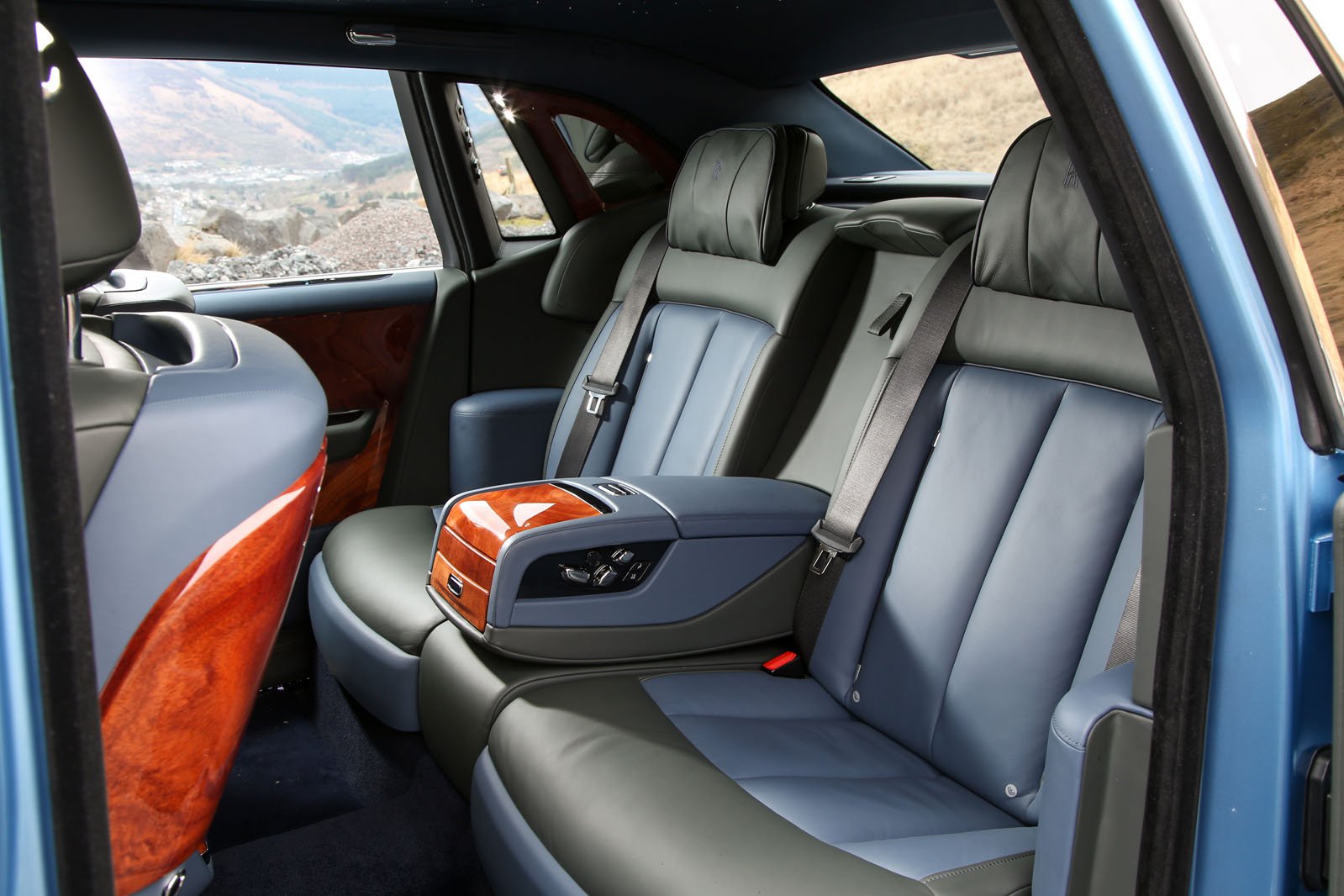 Superb quality, a great diesel engine and masses of...

Offers a great balance of comfort, sportiness and pr...

The Jaguar XJ will appeal to keen luxury car drivers, but in k...

The Lexus GS is too cramped, expensive and unsettled for its t...